Between rain and hail.

Well, I did manage to make it out in the garden for a couple of hours yesterday.  I went out after the light rain in the morning and was chased back in by the hail.  It still felt nice to be outside even for a little while.  The grass squished under my feet as I walked across the lawn.  I managed to plant my new wallflowers that I bought a couple of days ago.    I also planted a new pink lupine.  I've noticed they only seem to last a few years and then occasionally they will self sow.  Next I  dug up a very dead penstemon.  This one had been around for quite a few years and I think it had just lived as long as it was going to.   Most of the penstemon look pretty bad right now, but I can see green coming up so they should be okay.
In the front yard I found the echinacea 'Double Decker' is coming back.  It didn't have one double flower on it last summer.  I wonder if that's common? 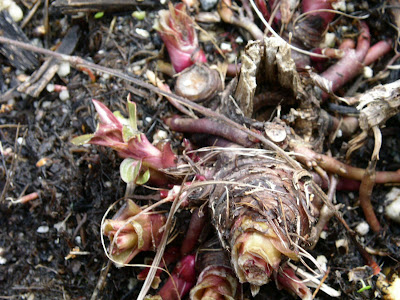 I'm still waiting for the white 'Fragrant Angel' to show up.  I looked around for signs of life, but none so far.  All my other echinacea have started coming up.
The Red Valerian (centranthus ruber)  is looking good.  I know some people think it can self sow a little too much.  I personally like how it spreads, and it stays in bloom almost all summer. 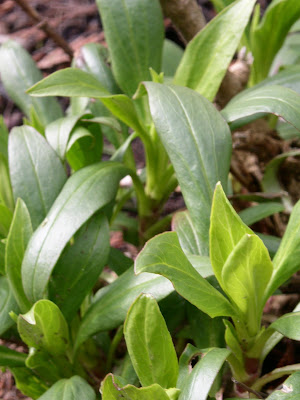 Phlox is growing and getting much larger.  I like the purplish leaves on this one.  I planted so much phlox over the last couple of summers I've lost track of which is which.  I'll have to see them in bloom to match them to their plant tags.  I notice that the white one, 'David', tends to really self sow. 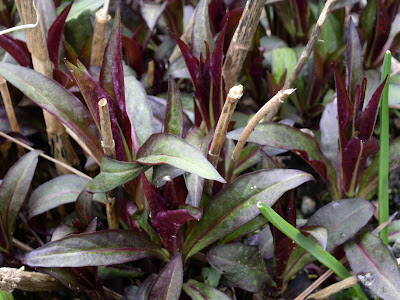 The oriental poppy 'Victoria' has such pretty foliage and looks so lush.  I'm looking forward to seeing the light pinkish flowers. 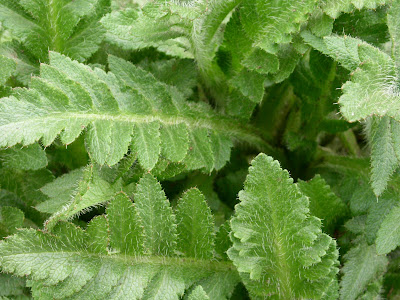 Also in the front yard I see that the weeping cherry tree's "pink" flowers are opening more.  This was supposed to have been pink and was for the first few years. 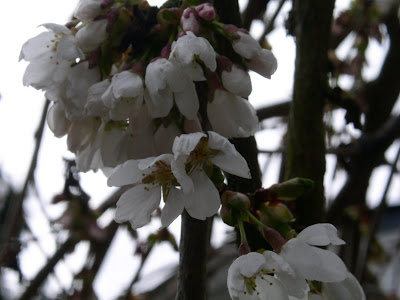 The 'Ivory Prince' got his new home along the path in the backyard.  I think the yellow of the corylopsis 'Buttercup' will look pretty behind it and they will both bloom around the same time. 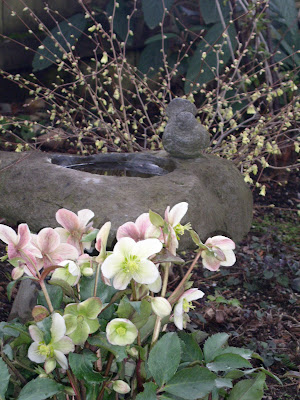 This morning I see that the sun is out, and there's light frost on the grass.  Hopefully I'll be able to get back out there today, although I'm pretty sure it will be helping to work on the fence and not the garden.

Posted by Catherine@AGardenerinProgress at 7:56 AM