Our garden pond is about 500 gallons with a submersible pump.  We installed it ourselves in July 2003.  It has been a great addition to our small yard.  It attracts many different types of birds throughout the entire year.  We have mostly Comets and Shubunkin goldfish in it right now.  Unfortunately a Heron took most of our fish this winter. 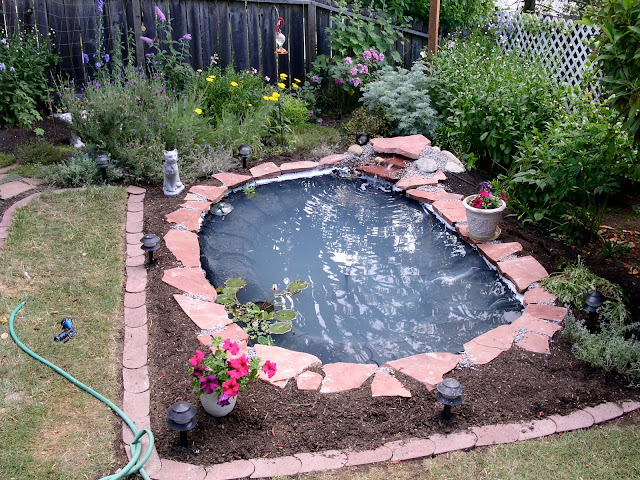 Right after the pond was completed July 2003.  The grass was soon removed and a crushed gravel path was put in it's place.  The plantings around the pond are continually changing, just like the rest of the garden. 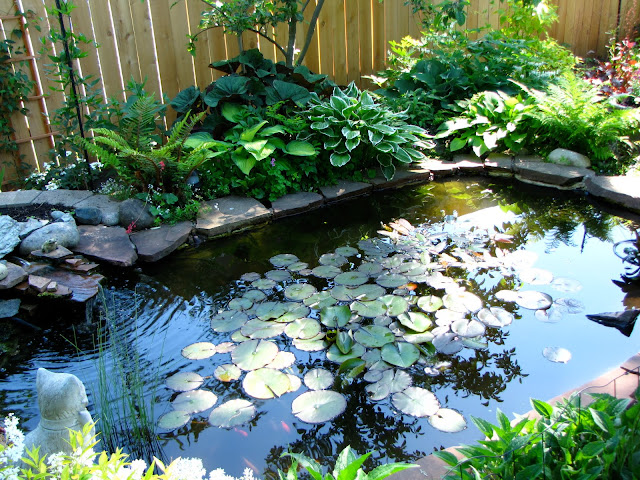 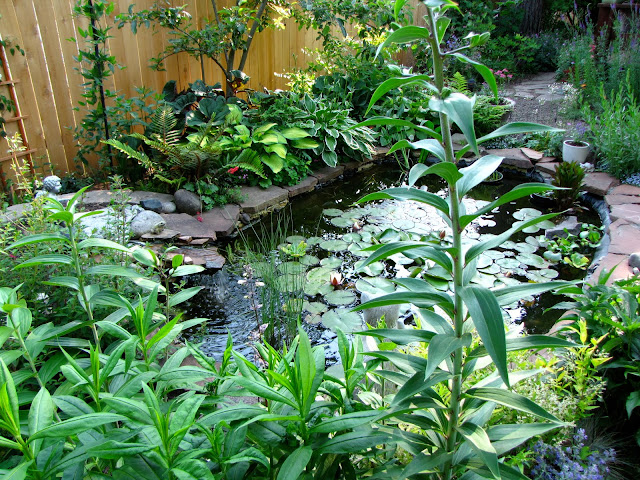 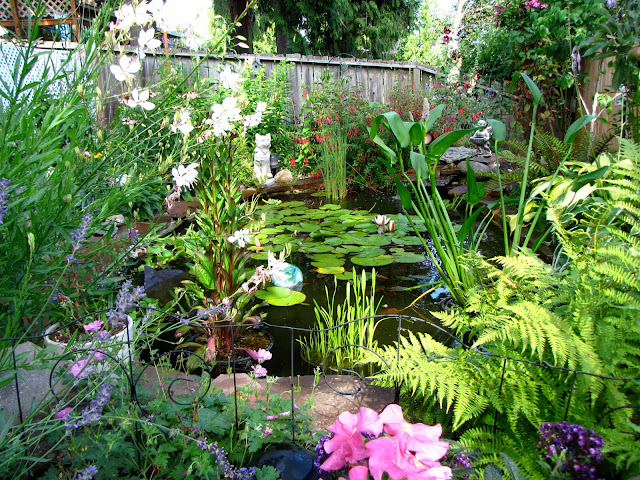 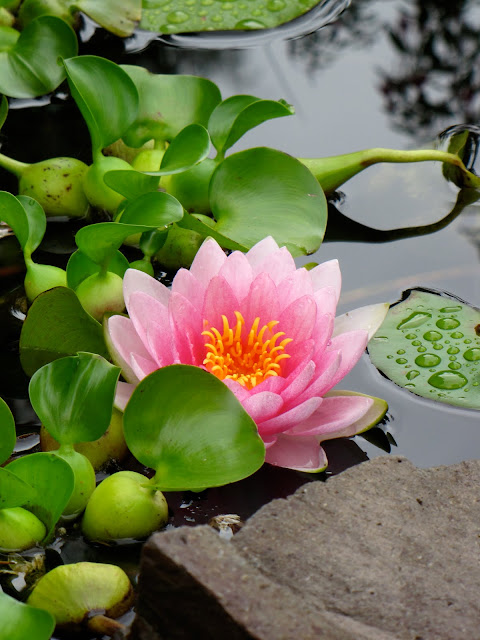 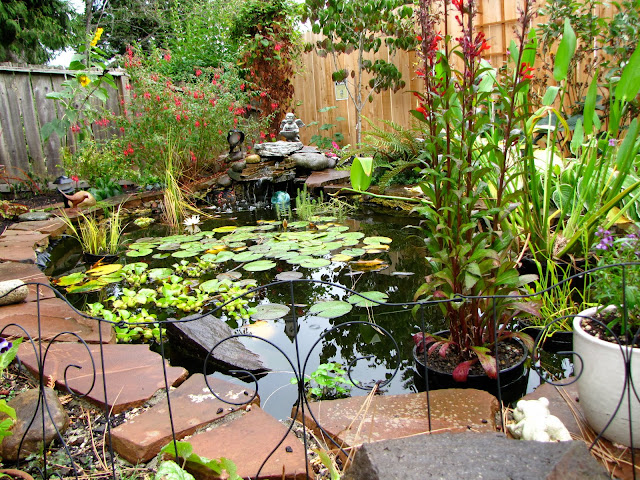 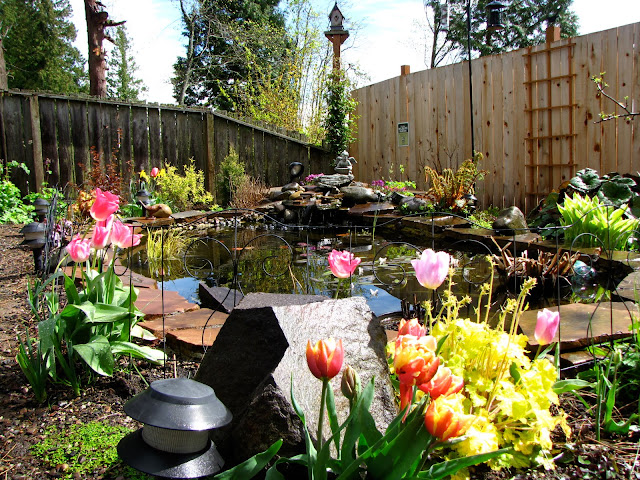 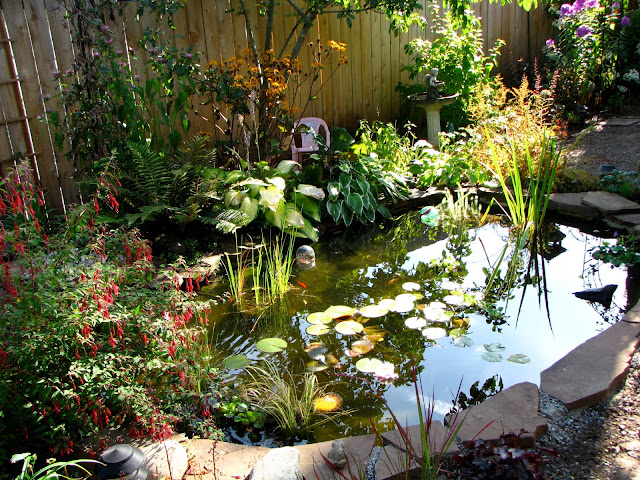 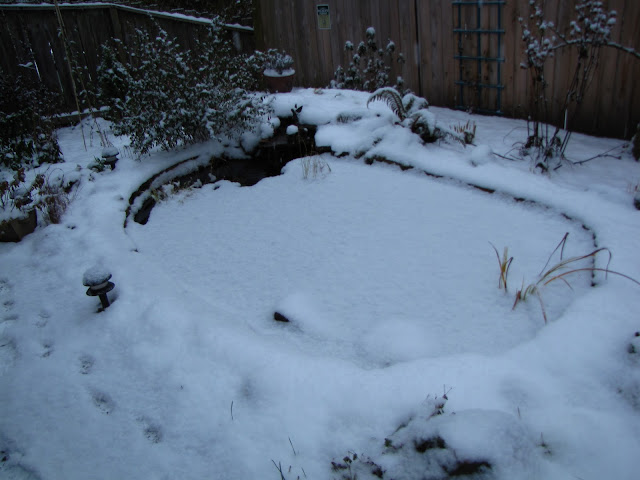