New color in the garden.

I found some new color in the garden yesterday.  Most is newly bought, but some is returning from last year.  It seems a lot of pink and maroon is making its way  to my garden.  I notice I go in waves of what color I'm attracted to, and lately it's those two colors.
The first thing I saw were these pretty pink tulips blooming in front of a Corsican hellebore.  It seems like hardly any of the tulips from last spring returned and I can't blame it on squirrels.  I think I'll be doing a lot of bulb planting this fall. 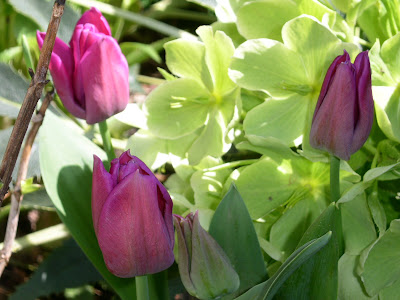 I found that my new Magnolia 'Vulcan' has a few blooms on it.  Two of the buds are very frost damaged and this one looks like something bored it's way into the flower.  It looks like another bloom or two will open and then I'll have to wait until next spring to see how it really does. 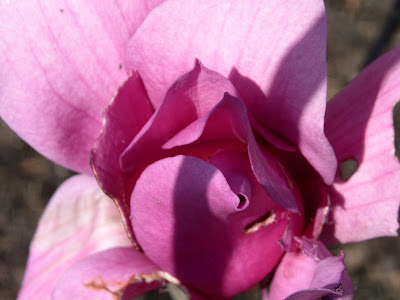 These are a couple of purchases from my plant shopping a couple of days ago.  Rumex sanguineus which is grown for its foliage and Penstemon digitalis 'Husker Red', which not only has these pretty maroon leaves but spikes of white flowers as well.  It was the 1996 perennial plant of the year.  I planted 2 last summer and liked them so much I thought I'd add another. 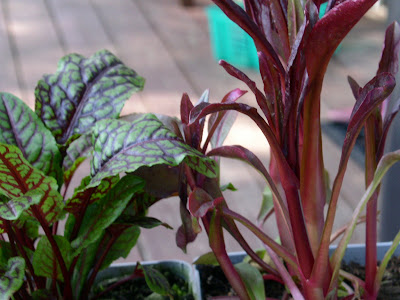 Here is Sempervivum 'Helgham Red'.  We have a terra cotta planter in the hot part of the yard that we have a mixture of succulents in and thought this would be a nice addition. 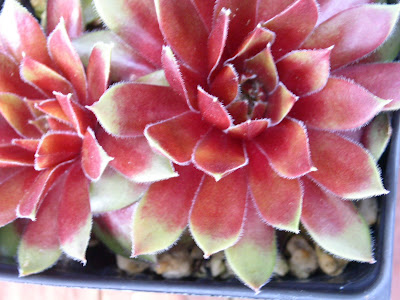 Last but not least is the new fuchsia 'Swingtime'.  I'm hoping no birds make a nest in it this year.  The last time that happened involved me watering the plant thinking the birds were gone.  I hadn't watered the hanging plant for weeks and that day as I put the hose up 4 or 5 little baby birds jumped out and went hopping all over the yard.  The parent birds were not happy as I tried my best to corral them to a safe area.  I still feel bad about it, even though I did see the parents taking them to a shrubby area. 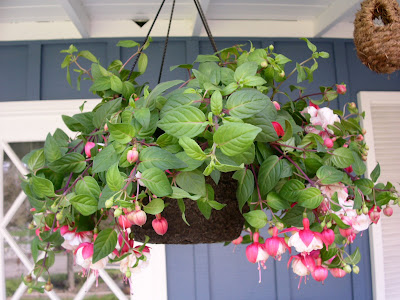 Today calls for sun, perfect weather for... indoor soccer and fence building.  Oh well, at least some of the day will be outside.  I hope all of you attending the SAGBUTT meeting will share the details, I wish I could go!

Posted by Catherine@AGardenerinProgress at 8:30 AM