I love all different types of flowers.  I have a pretty wide range in my garden, but the main thing most have in common is that they are low maintenence.  Most of my perennials just require being cut back in the fall or spring.  Some need dead heading or staking, but with kids I don't have a lot of time for that kind of thing.  I've been trying to plant flowers that doesn't need a lot of watering either. 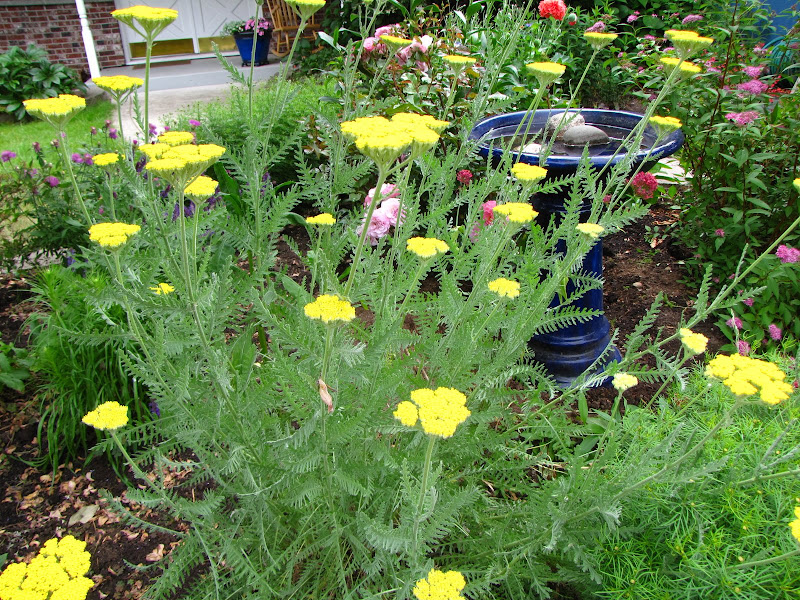 Yarrow (achillea filipendulina) 'Gold Plate' is the nicest sunny yellow right now.  It looks good through the entire summer and into early fall.  I think it has a nice scent too.  It loves full sun, although mine tolerates a bit of shade in the late afternoon. 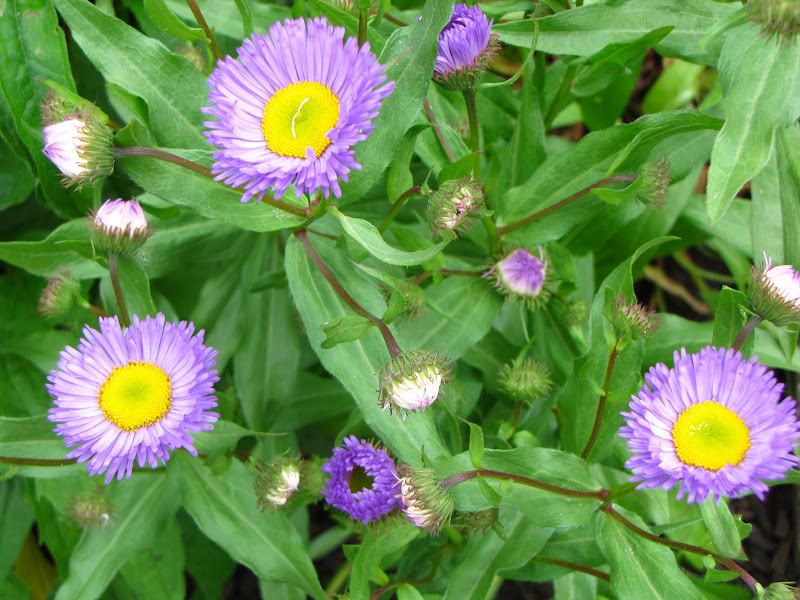 Fleabane (erigeron speciosus) gets about 2 feet tall and has these double rows of petals.  I also have the low growing fleabane (erigeron karvinskianus) it looks great in the front of a border or in a rock garden. The annual Peony Poppy (papaver somniferum) was my first to bloom this year.  I haven't grown these in many years.  I thought this would be more light pink, but even this watermelon color looks pretty.  I'm going to save seeds from it this year.  For all the seeds of poppies I planted this was the only group of Peony Poppies to come up, but the more plain Breadseed poppies came up easier.  I haven't found any trick to poppies.  I just sprinkled them around in the late winter and waited. 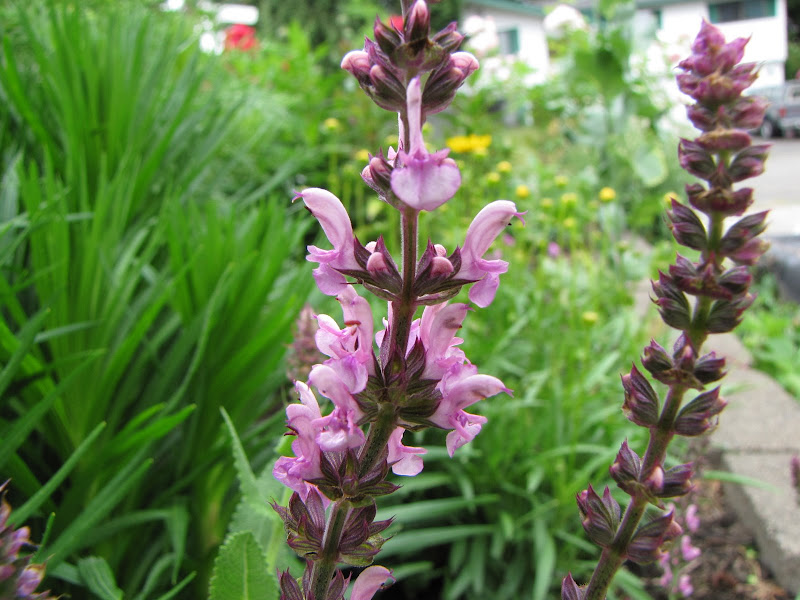 Most of my Salvias are unnamed from many years ago before I thought it mattered what the varieties were.  This light pink one has appeared in a couple of places, I guess it must be self sowing. 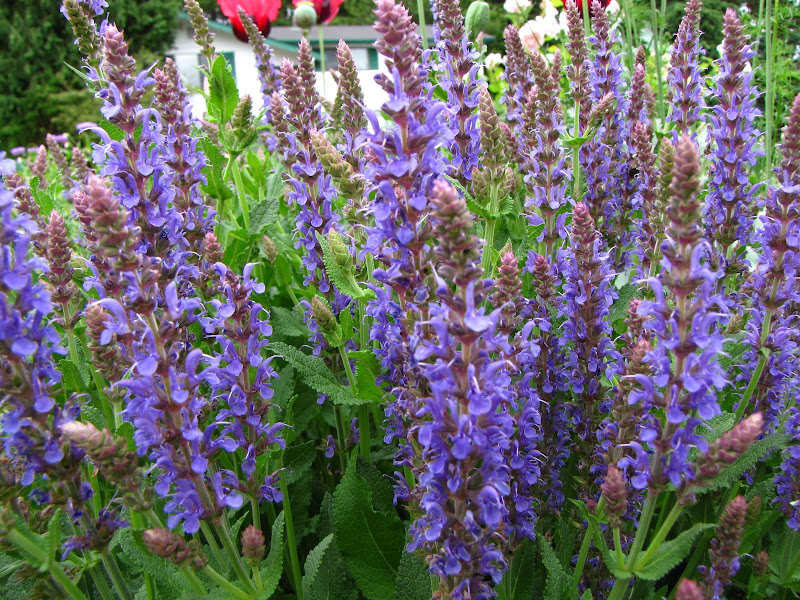 One of the many purple salvias I have.  This one stays short, only about a foot tall.  I always cut them back after the first blooms and almost always get a second round. 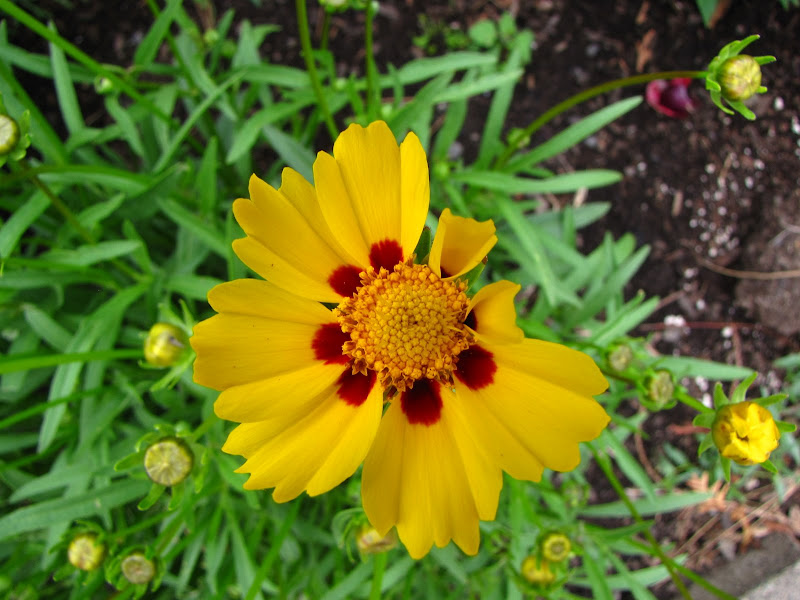 Coreopsis just started to bloom.  This one is ahead of the threadleaf variety.  This one is so easy, it doesn't need much aside from some water now and then.  I have this along with the salvias and fleabane in the "driveway" garden.  It's the hottest and driest part of the yard.  Anything that goes there has to be tough.  I've got echinacea, penstemon, rudbeckias, liatris, poppies, larkspur and even dahlias growing there.
None of these flowers were expensive or unusual but to me they add a lot to my garden not only with their looks, but with their easy care.  What are some of your "easy" plants?
I'd like to thank Joan from The Retirement Chronicles for teaching me how to enlarge my pictures.