It's hard to believe that we're this far into November already. We've had a very wet and windy November so far in the Seattle area. Trying to get outside to do much of anything is difficult unless you want to be soaked and windblown while out there. I found that we are quite a bit above our normal November rainfall already. Our average for the whole month is 3.4 inches. As of a couple of days ago we are at 5.16 inches and believe me it's rained a lot more since that last measurement. There are rivers on flood watch, luckily we don't live near any, but I always feel bad when I watch the news and see all these homes that flood. Not everyone can afford to just move and really have a rough time during our rainy season. The wind has also been awful. We've had windstorm after windstorm this week. Ever since the big windstorm in 2006 people around here get very nervous. During the storm in 2006 we lost a lot of shingles from our roof, which led to ceiling leaks and blue tarps on our roof for the rest of the winter until the roofing companies finally had time to replace our roof.
Now for something much better than our weather, flowers! It's Fertilizer Friday which is hosted by Tootsie Time every week. 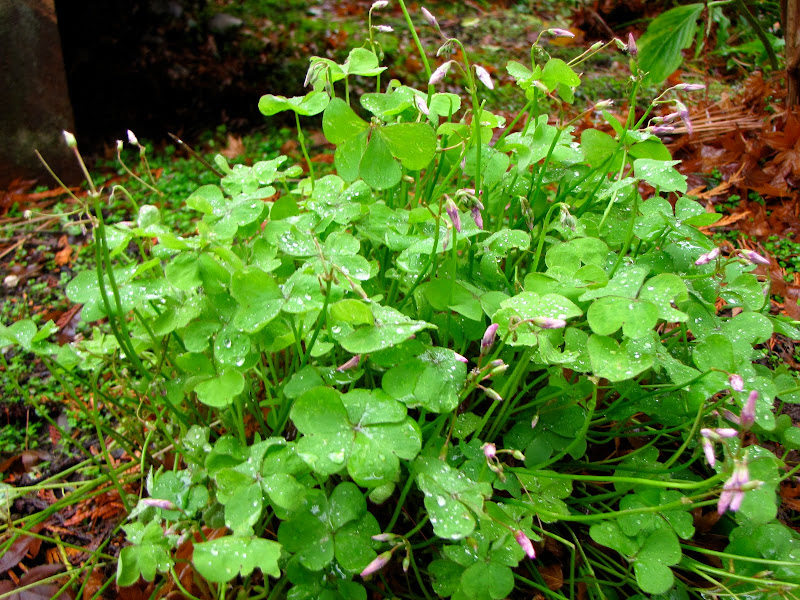 Oxalis crassipes 'Rosea' is too cold to open right now, but once the day warms a little all these pink buds will open. It normally blooms most of the year. 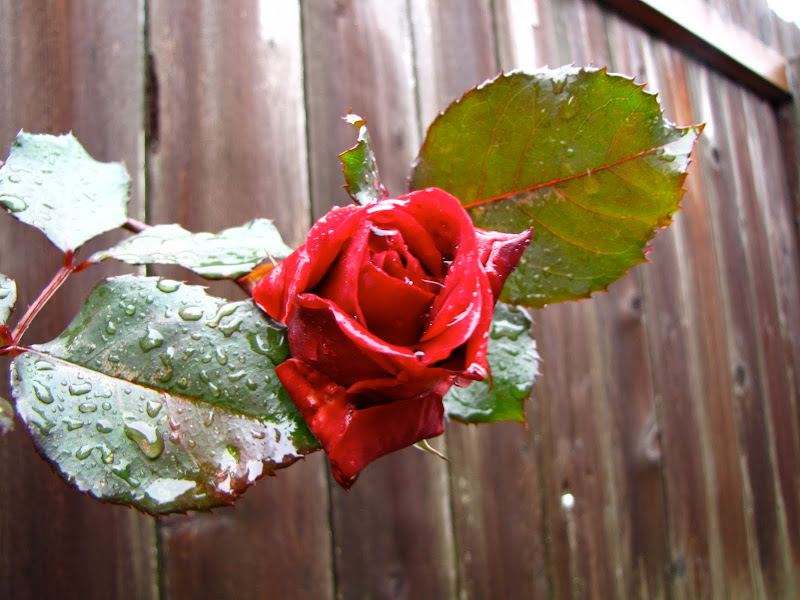 I feel bad that poor Rose 'Don Juan' gets forgotten about most of the summer, but this fall he's definitely calling out to us with these beautiful rosebuds. 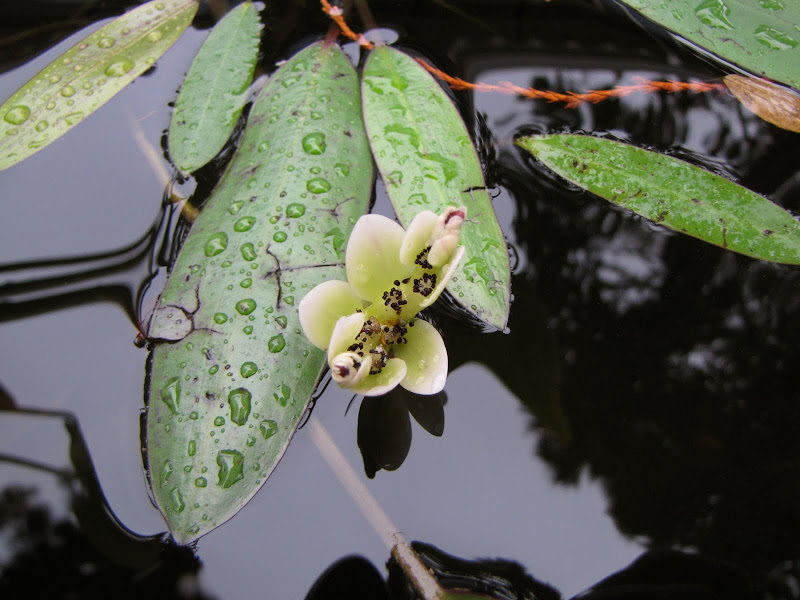 Water Hawthorn (Aponogeton distachyos) has recovered since the raccoon "attack" last week. There are several new flowers. I've noticed it reseeds in my pond and have a couple new ones coming up. 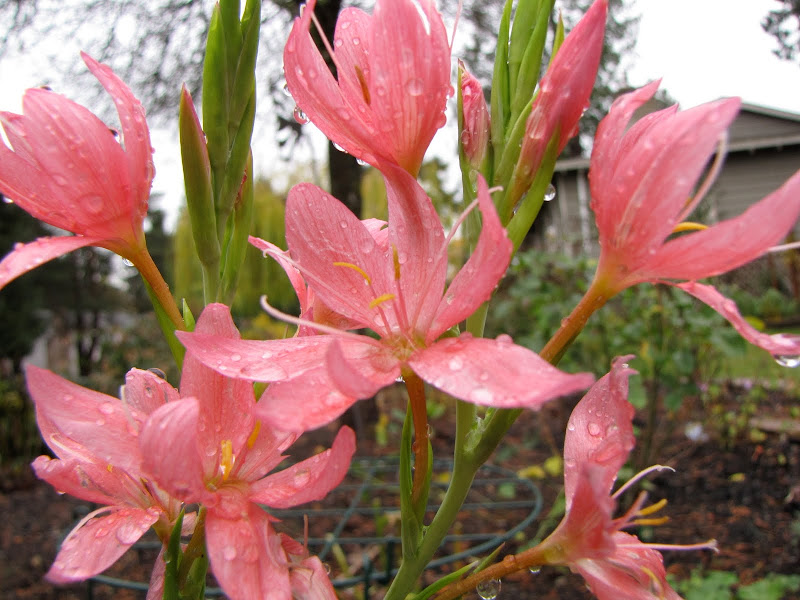 I know I've show Kaffir Lily 'Fenland Daybreak' (Schizostylis) a lot lately, but it's just so pretty I can't help it. 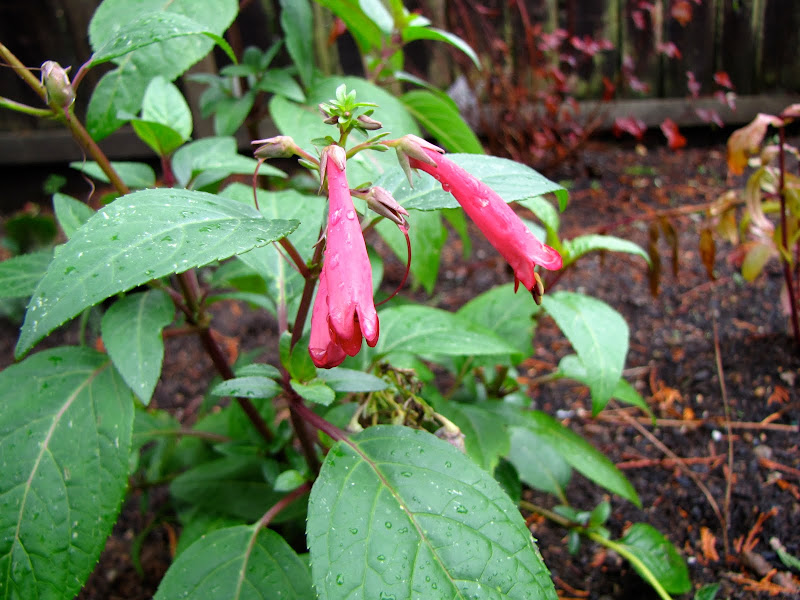 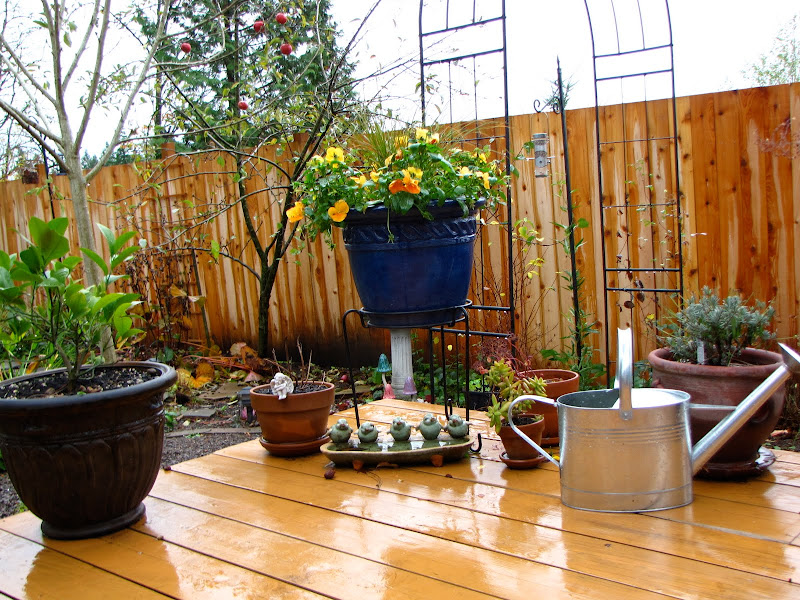 Some of the planters on the deck that are adding a little life to the yard. The Meyer Lemon tree (on the left) is just waiting outside until it's cools down and then I'll bring it in. This will be my first year trying to overwinter it. 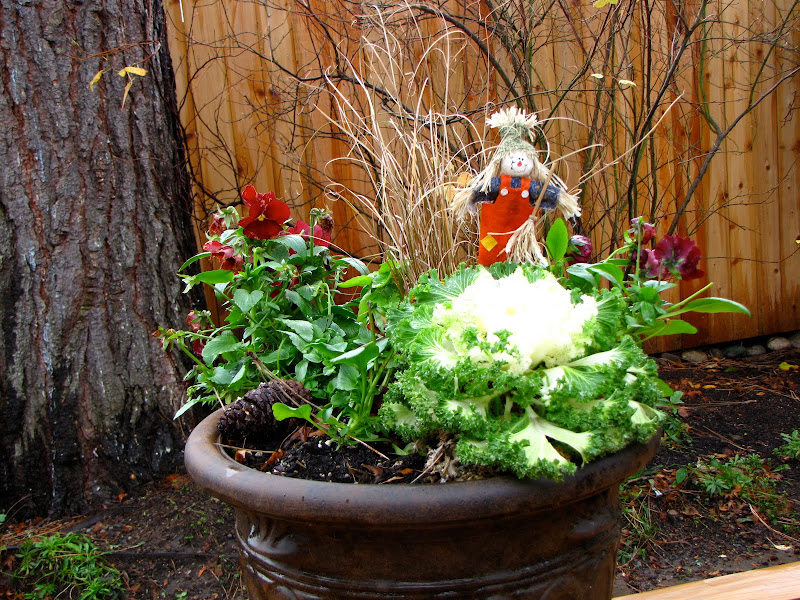 One of the fall planters that the Littlest Gardener helped me with. 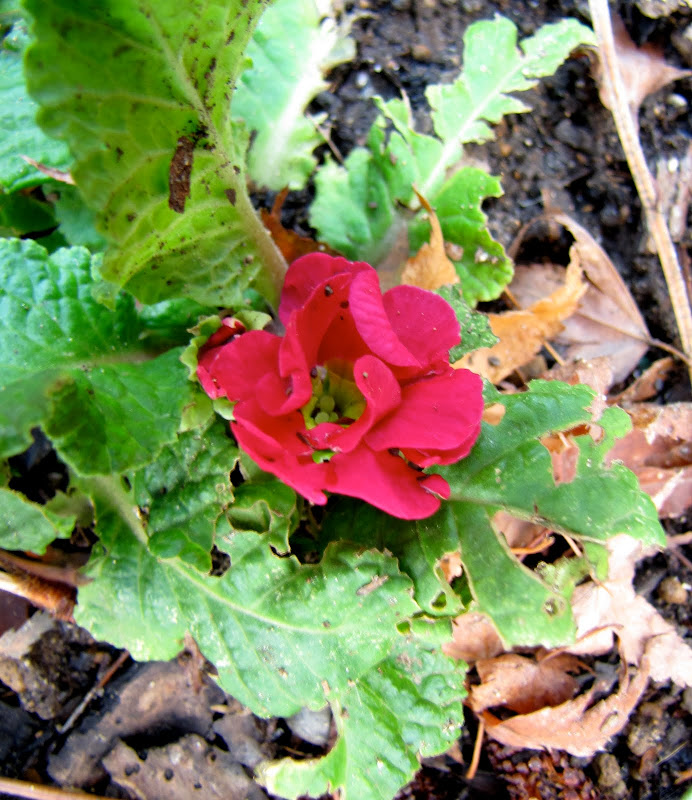 And last is this funny little Primrose that was already blooming. I think the slugs have already found the leaves, but so far the flower has survived their late night munching. I love these little surprises this time of year.

I hope you'll visit Tootsie to see what else is blooming around the world, inside and outside.

Posted by Catherine@AGardenerinProgress at 10:28 AM