A few months ago I joined in with Helen from The Patient Gardener's Weblog and chose a spot in my yard to take an end of month picture. Since this it at the entrance to the front of my house I thought it would be a great place to focus on and see what might need changing. 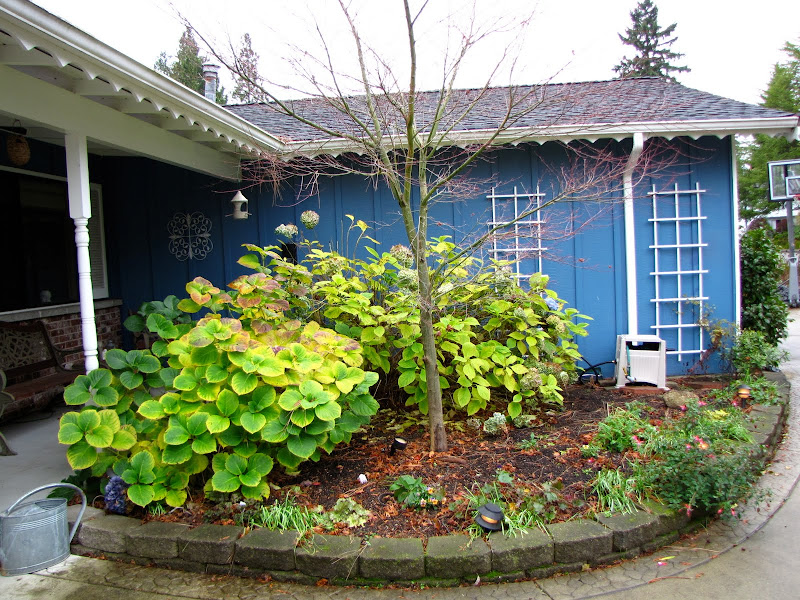 It was interesting to go back just one month to see the changes. Last month there were still some leaves on the Japanese Maple and many on the ground below the tree. Since then the rest of the leaves have fallen and most of the leaves raked. I've gotten the bulbs in the ground and some Violas planted as well. After looking at these pictures I see that the hydrangeas could do with some pruning, but I won't prune them back until very early Spring. 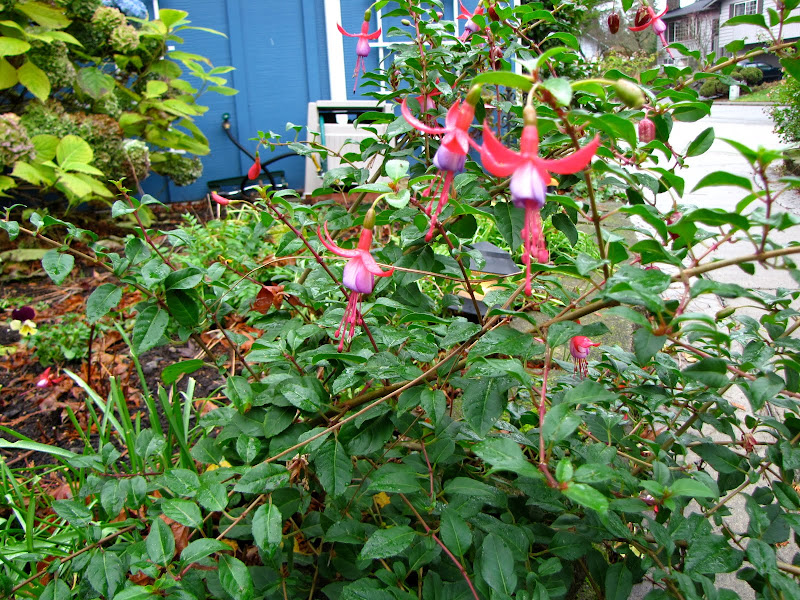 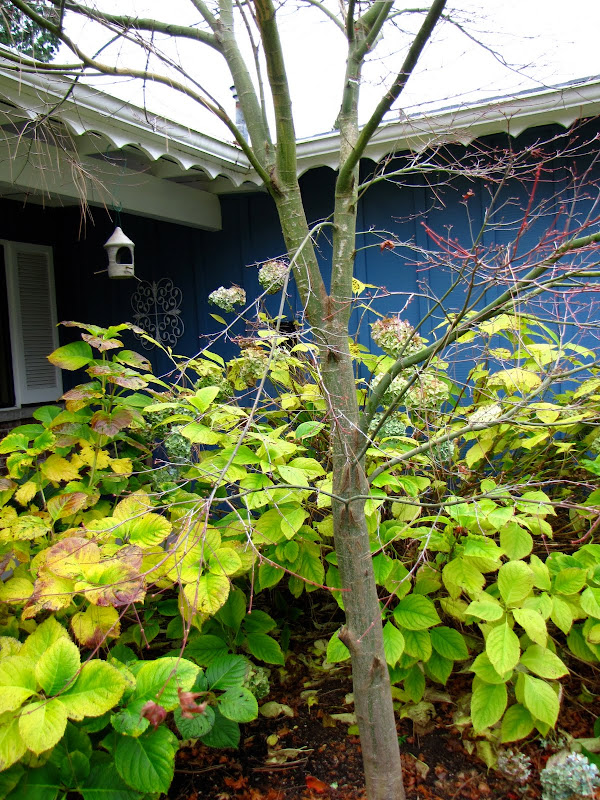 Another difference this month is the Hydrangea leaves changing to a yellowish-gold color. It's difficult to see in this picture the pretty red color of the new branches on the Japanese Maple 'Orido Nishiki'. They definitely add some color to this area. 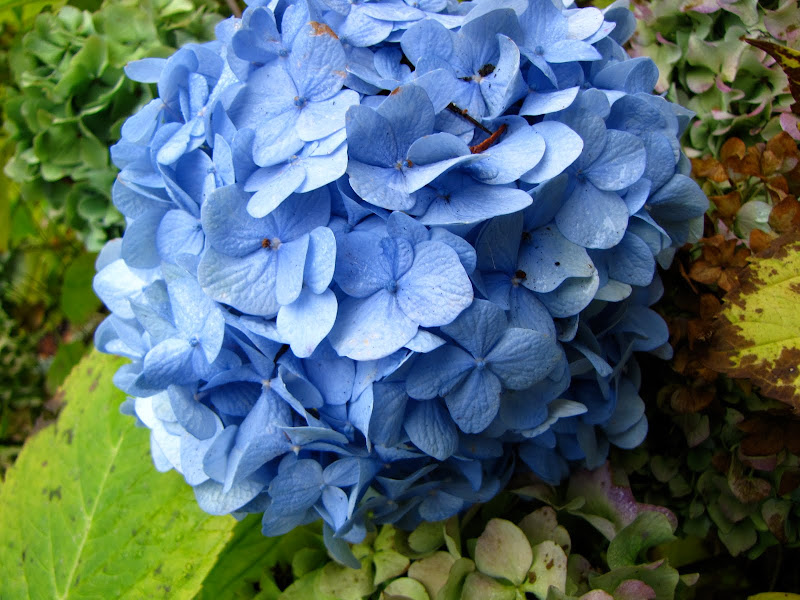 Most of the flowers on 'Nikko Blue' have become an extremely pale shade of blue, except for this late bloomer. I've cut several flowers off to bring in for some color inside this winter.

It's hard to believe in one month it will be the end of 2009, and the eve of a new year starting. I wonder if we'll have had our first hard frost by then or maybe even some snow?

Posted by Catherine@AGardenerinProgress at 12:00 PM