As I've mentioned before, I'm really not very good about fertilizing.  I try to remember the roses (organic fertilizer) and have started using Miracle Gro Soil in my containers, but really that's all I do.  My favorite and easiest way to "fertilize" is to put down fresh compost each spring, and what a difference it makes.  The previous couple of springs the compost job was overlooked, I was a little busy with the girls and there wasn't much time to water let alone spread compost.  This spring it was at the top of my "to do" list, I knew it had to be done.  What a difference it made this summer.  My plants were much taller, fuller and had more flowers than ever.  This wasn't because they had been in the ground for awhile, many of them were planted where they are only a year or two ago.  We even had one of the driest summers on record that required more watering than usual.  I'm sure the difference was getting the compost spread and mixed in the soil around the plants.
Things are still look good this far into September: 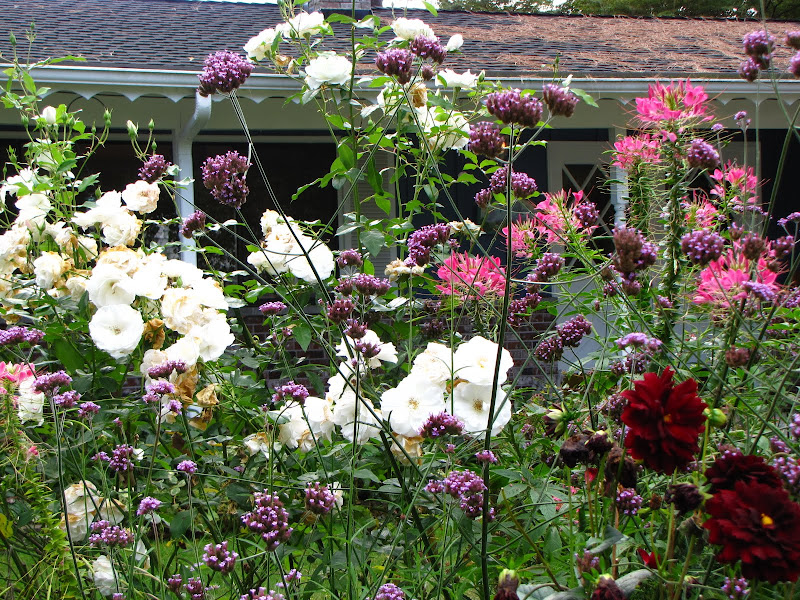 Rose 'Iceberg' is getting close to 6 feet tall, Verbena bonariensis is almost as tall and Cleome 'Rose Queen' isn't too far behind.   The "Lazy Gardener" Dahlias are still blooming like crazy.  I even had our neighbors from across the street comment on the Dahlias, I've promised them a division. 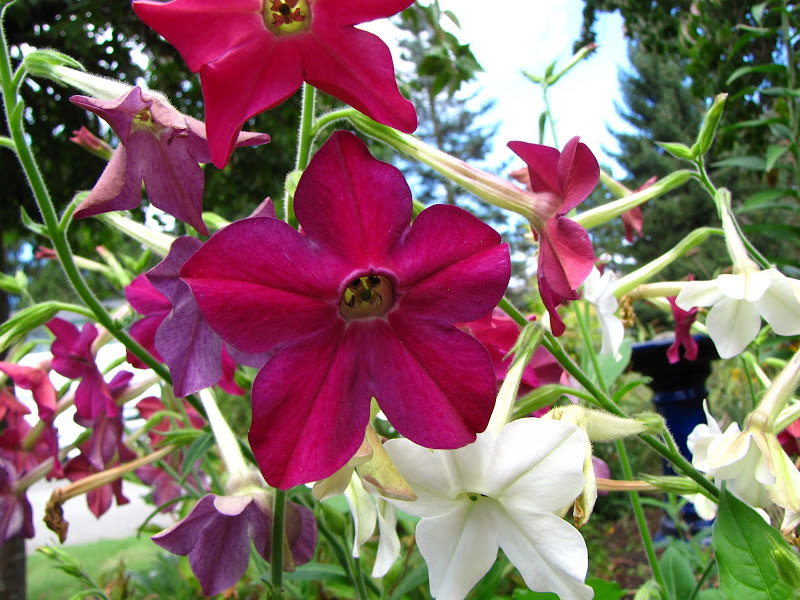 Nicotiana 'Sensation' was a winter sown annual that I cut back several weeks ago.  They are blooming heavier now than they did all summer.  What a wonderful fragrance they have on these cool mornings we've had. 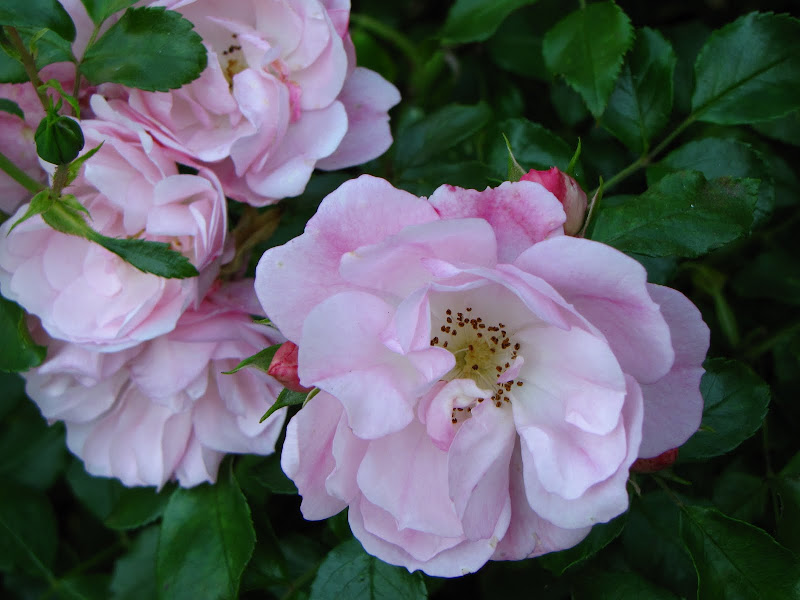 Pink Flower Carpet Rose blooming again, I've lost track how of how many times it's bloomed. 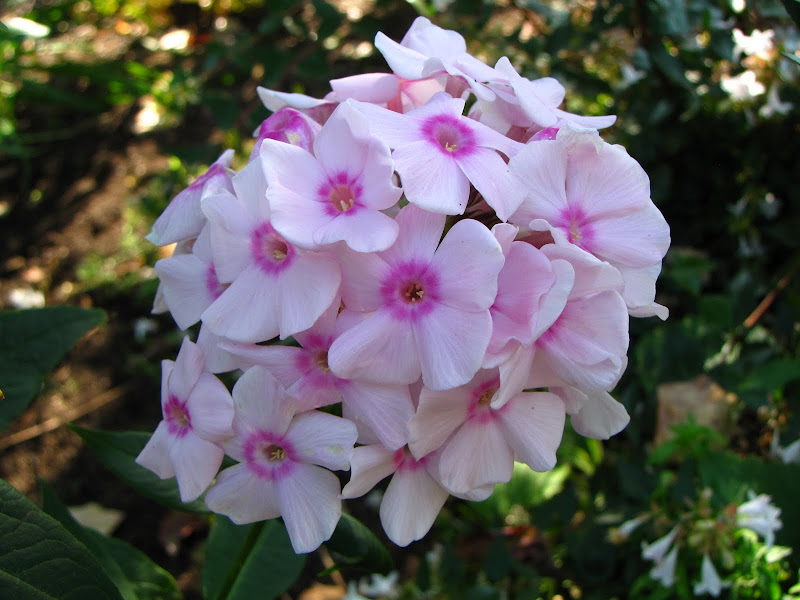 Phlox is on it's last blooms, but they still look fresh.  This is 'Bright Eyes' (finally found its tag), it's by far the longest blooming Phlox in my garden and also has been resistant to powdery mildew. 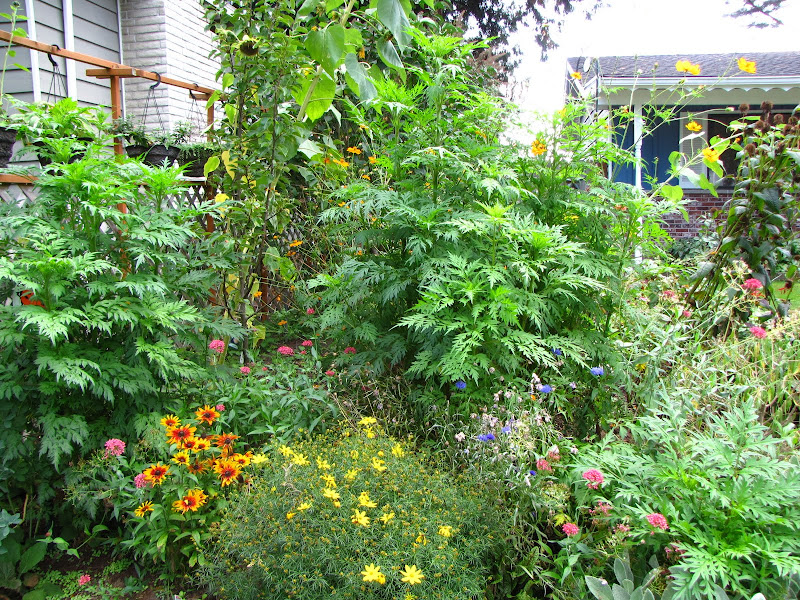 This far side of the front garden is out of the hoses reach, unless I really want to unwind the whole thing and drag it over here it doesn't get much extra water.  I see many seedlings of Red Valerian sprouting.  Also blooming besides the Red Valerian (Centranthus ruber) is Moonbeam Coreopsis, Rudbeckia 'Rustic Colors', Cosmos 'Bright Lights' and Bachelor Buttons 'Blue Boy'. 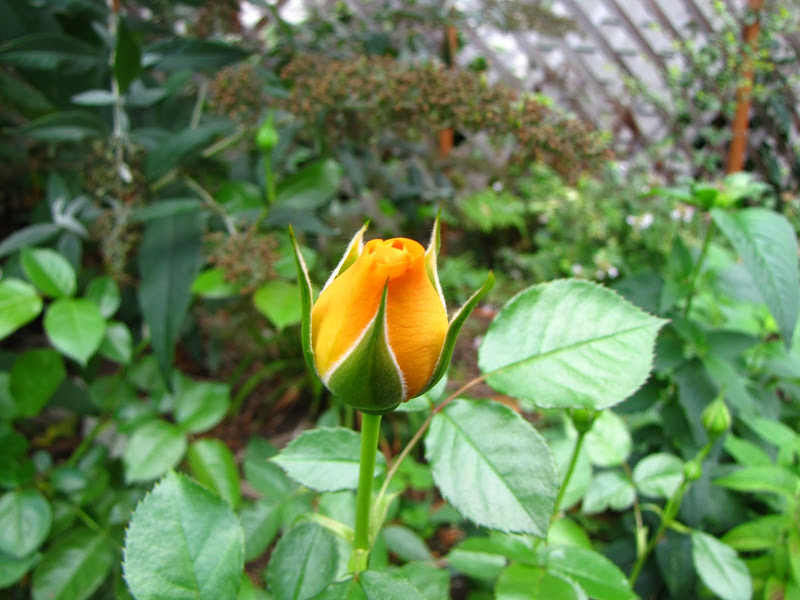 Rose 'Julia Child' has lots of buds.  I read that Julia Child hand picked this to be the rose that was named in her honor. 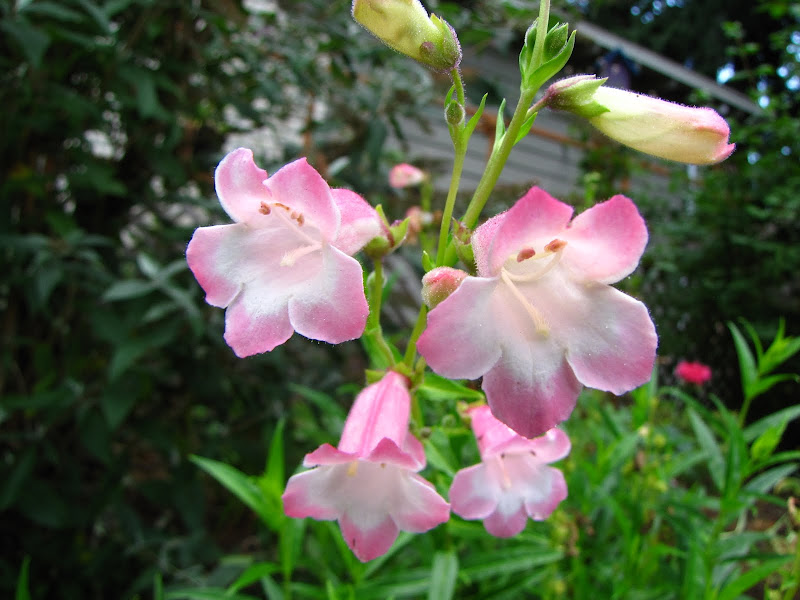 Pink Penstemon, I love this one.  I thought it had died over the winter, it was black and not a sign of green anywhere.  It bloomed later than usual, but it's loaded with flowers now. 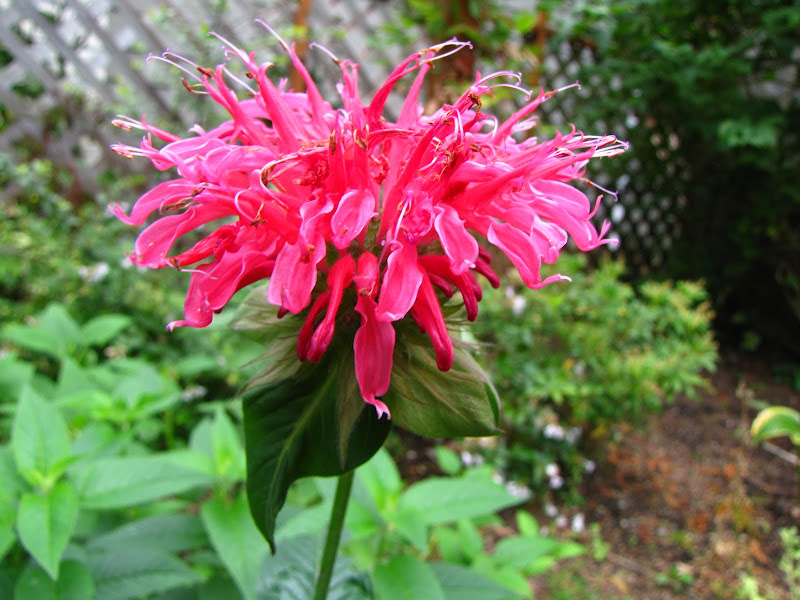 Another late bloomer was this Monarda which I don't remember planting and found hidden under an overgrown daylily.
Join Tootsie at Tootsie Time to see more beautiful flowers for Fertilizer Friday.

Posted by Catherine@AGardenerinProgress at 7:29 AM