Seeing things in another light.

I've read a few posts recently talking about lighting and best times of the day to take pictures and where the sun should be.  It seems that good lighting and the time I take pictures rarely coincide.  Usually when I have time is when the sun is at it's brightest and really washes out the color.  Last evening I decided to try taking some pictures and see how they look in the evening light.  These were all taken after 7 p.m. 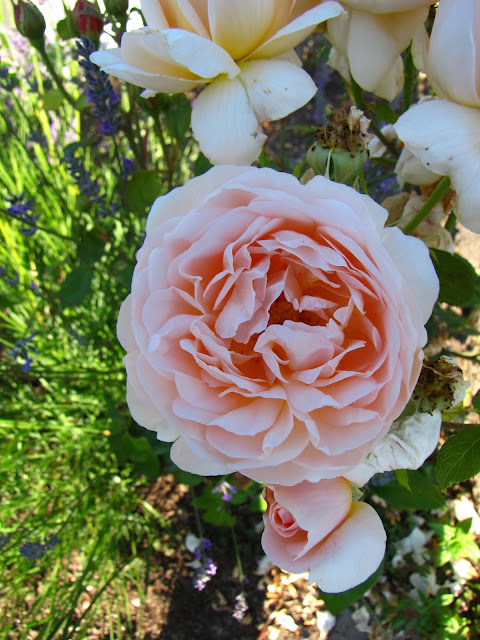 Rose 'Tamora' was in blazing direct sunlight even at 7 p.m. so I stood in front trying to create my own shade.  I think the color looks very close to true.  This rose was new this year and went from being shorter than the lavender in front to suddenly being quite a bit taller.  It has a very nice scent. 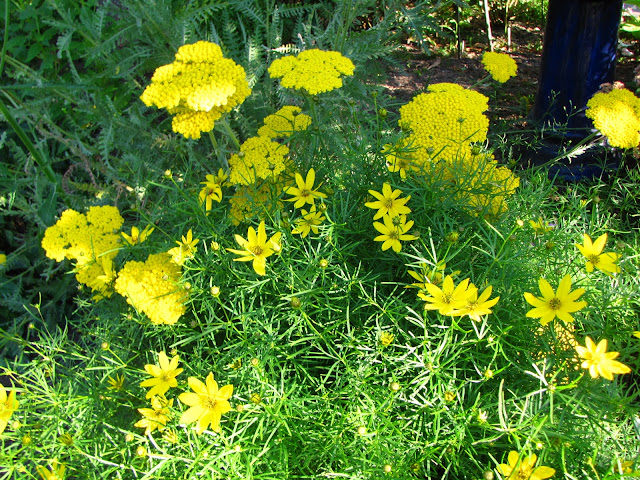 I love this combination of yellows - Yarrow and Coreopsis both look as bright as the sun blooming together. 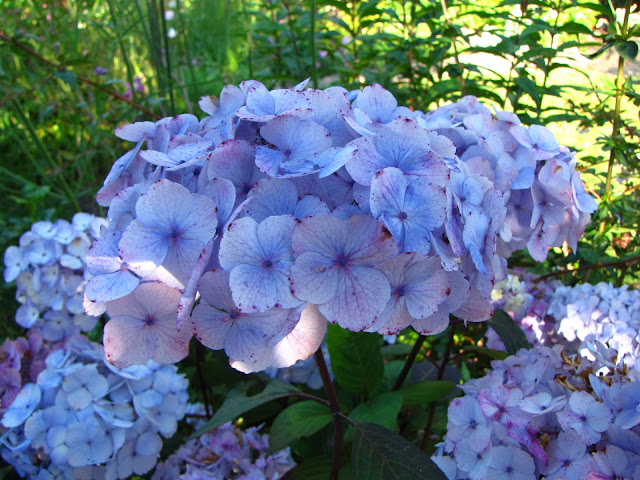 Hydrangea 'Preziosa' is taking on a blue tone this year, the last couple of years it aged to a nice dark pink.  I've done nothing different to the soil.  It was in the shade of the Dogwood tree when I took the picture. 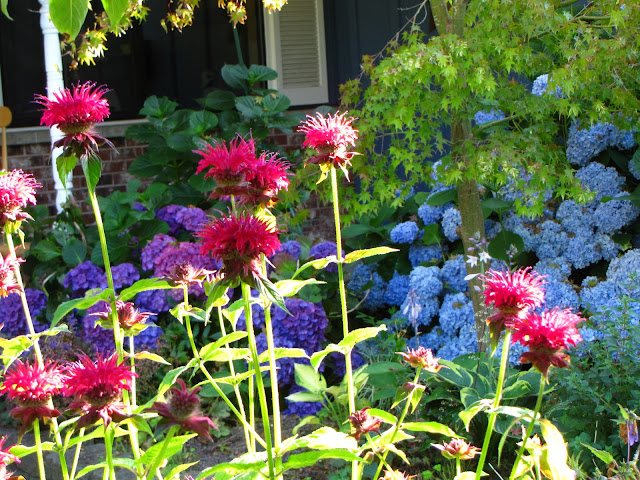 I've decided this was definitely mislabeled and as a couple of people suggested it's probably Monarda 'Raspberry Wine'.  This is one of the few times I don't mind the mislabel, because it actually looks really pretty with the flowers around it. 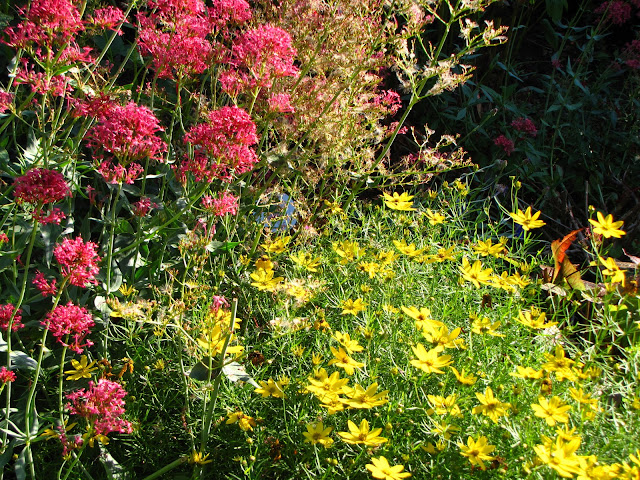 At the end of the flower bed it's still getting a lot of sun even in the evening.  Coreopsis and Red Valerian (Centranthus ruber) seem to like all the sun they've gotten lately. 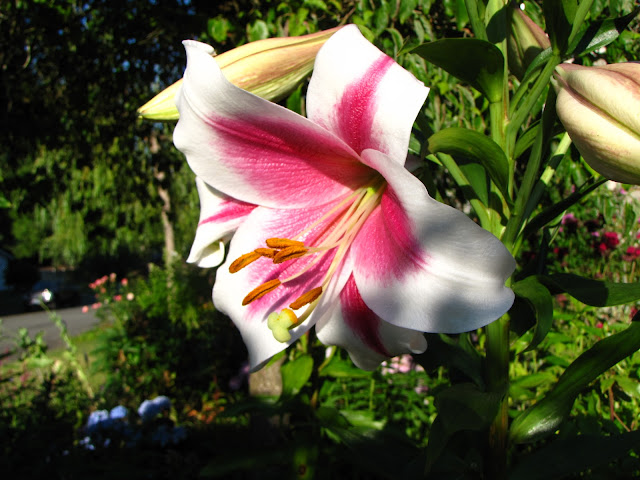 My Oriental Lilies don't look as good as usual this year.  This is Oriental Lily 'Triumphator'.  Several more lilies will be blooming soon, but I'm really disappointed that the squirrels dug up my very favorites. 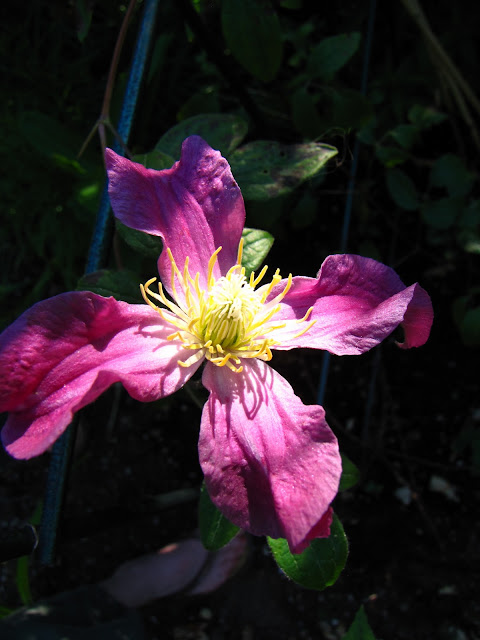 A new Clematis 'Inspiration' that I'm growing on a trellis in the front bed that it was supposed to share with 'Josephine'.  'Josephine' just dried up and withered away.  I've left the roots in the ground for the small chance that it reappears. 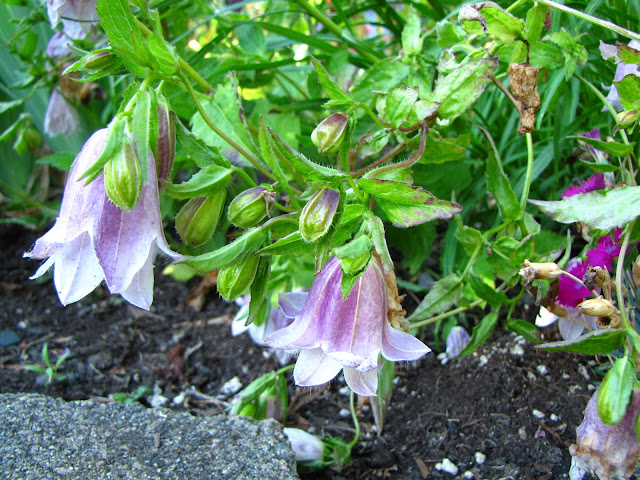 Campanula 'Pantaloons' is difficult to photograph no matter what the lighting is.  It is a very soft pink and polka dotted on the inside.  I was happy to notice that the clump is beginning to spread and will probably be able to be divided next Spring.  This year seems to be the year of Campanulas, I've added quite a few this year. 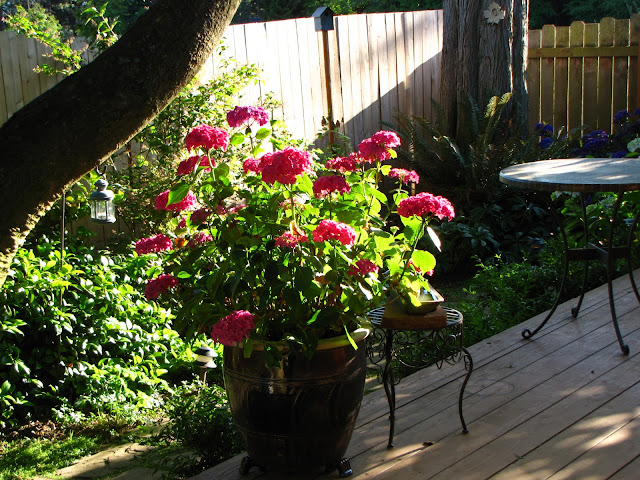 I love the lighting on Hydrangea 'Pia'.  This was the only picture that turned out very well from the backyard.  By late afternoon it's mostly shaded from the house and trees.


We've had such nice weather lately.  After getting off to such a slow start this year we've actually ended up having really nice weather.  It's hard to complain about too much sun while taking pictures, guess I'll just have to keep trying different times of day.