I got outside early yesterday morning to see what was happening in the front garden.  What I quickly noticed was that there were many, many Bumblebees either passed out on the flowers or slowly buzzing around them.  On one small part of a  plant there were 4 that looked sprawled out, like they'd been up late partying the night before.  Is it possible to get drunk on pollen?  If so I think they were sleeping it off then. 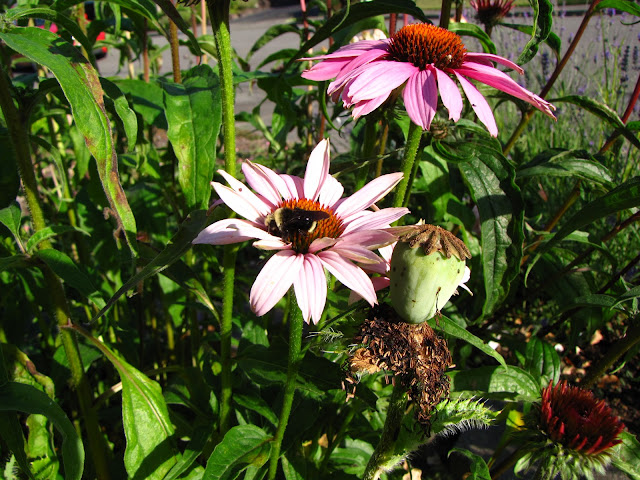 Curled up on the Coneflower. 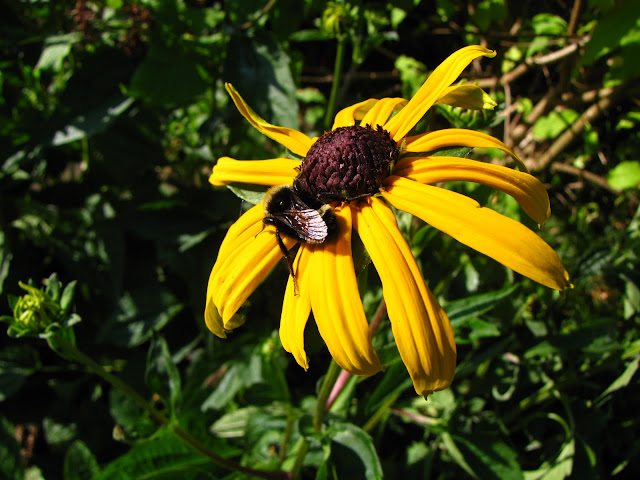 Sleeping it off on a Black-eyed Susan.  What is it about this flower that makes me think of chocolate?  I asked my husband if it made him think of anything, thinking that that chocolate brown center gave everyone the same idea, but he said no, didn't remind him of anything. 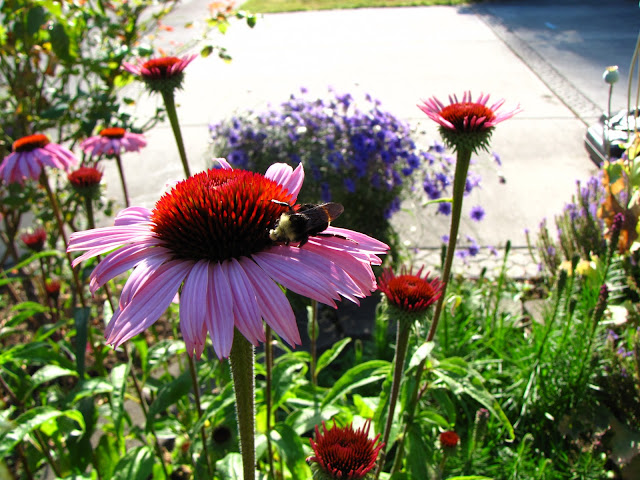 Coneflowers seemed to be a popular place to nap. 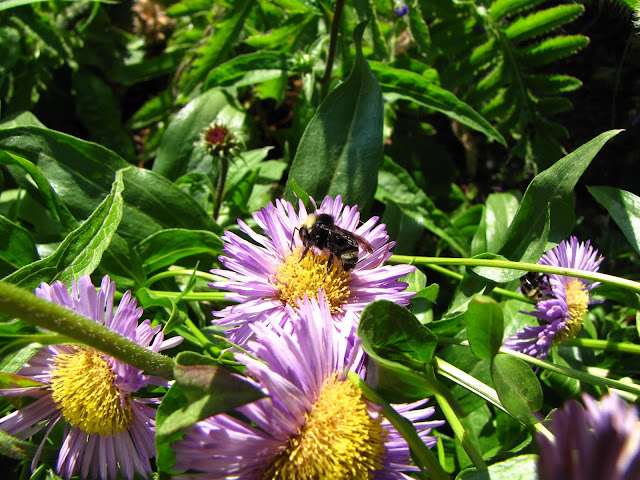 Two Bumblebees napping in the Fleabane. 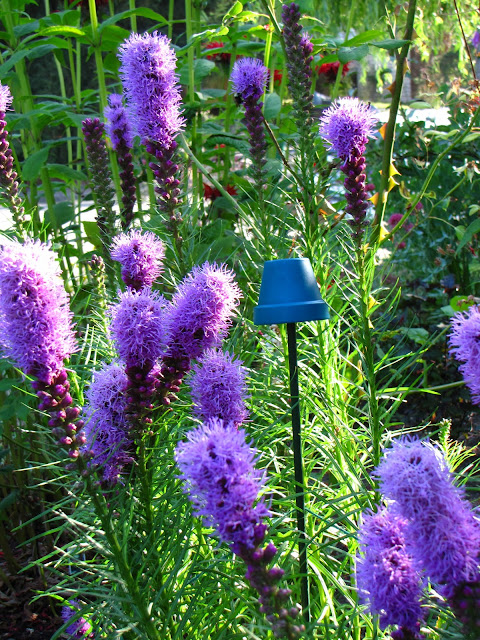 The bee on the Liatris is hidden in the upper middle of the Liatris.  This is by far the most popular flower with the bees now.  During the heat of the day it is covered in bees. 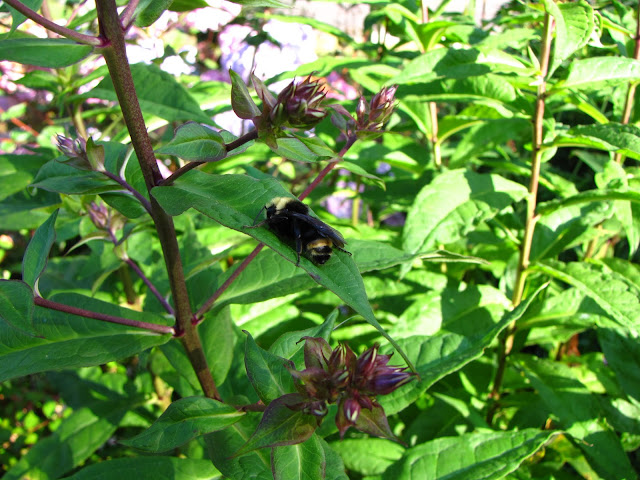 This poor guy didn't even make it to a flower, he just landed on the Phlox leaf and stretched out there.
A few hours later the bees had all woken up and moved on, but it really made me smile to see so many napping in the garden after a busy day of pollinating.

Posted by Catherine@AGardenerinProgress at 8:29 AM
Labels: Bumblebees