Adventures of another hummingbird.

This past winter I watched a hummingbird's adventure in our back yard.  We had an unusually cold couple of weeks, and this one hummingbird seemed to rely on me hanging the feeder out early each morning.  At this time of year there's no need for filling feeders because there are so many of their favorite flowers blooming.  They are all over the front yard; Fuchsias, Monarda, Verbena bonariensis and the Butterfly bush seem to be the favorites.  Several times a day two will fly past me, one being chased by another.  Sometimes as one is feeding on a flower another will hide in a tree chirping.
As I walked out the front door I thought I would try to get some pictures of one of them on the Monarda 'Jacob Cline' since that's always the most popular. 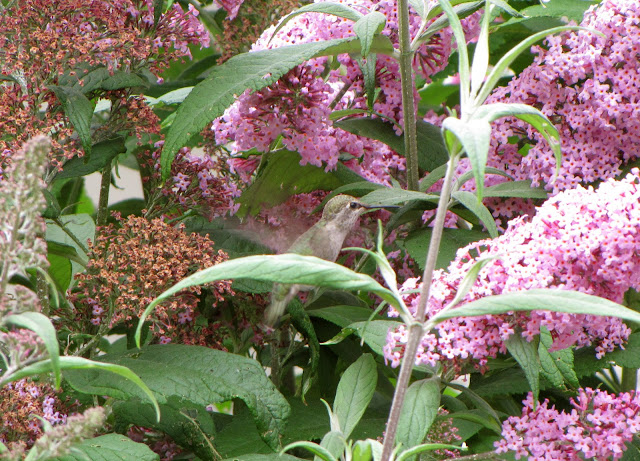 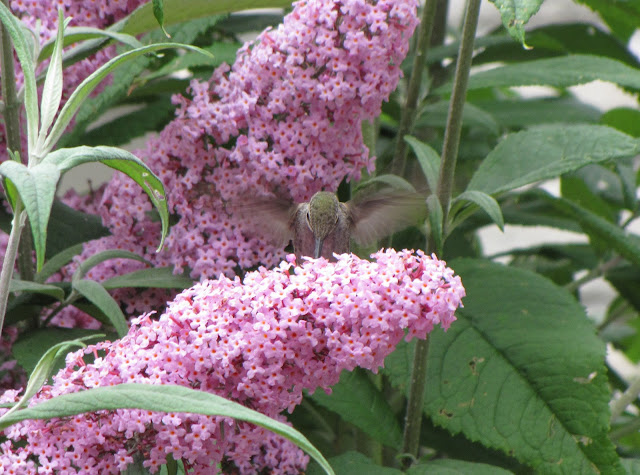 How lucky that there was one of the Butterfly Bush right then.  I was surprised it wasn't on the Bee Balm since that really is the favorite.
She didn't stay long, but I did get a couple of pictures. 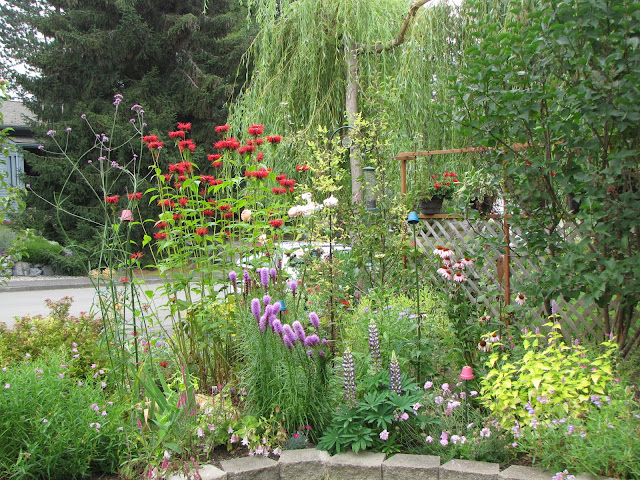 After she left I thought I'd get the camera focused on the 'Jacob Cline' that I was sure would have a visitor soon.  But, then I thought I saw movement under the plants. 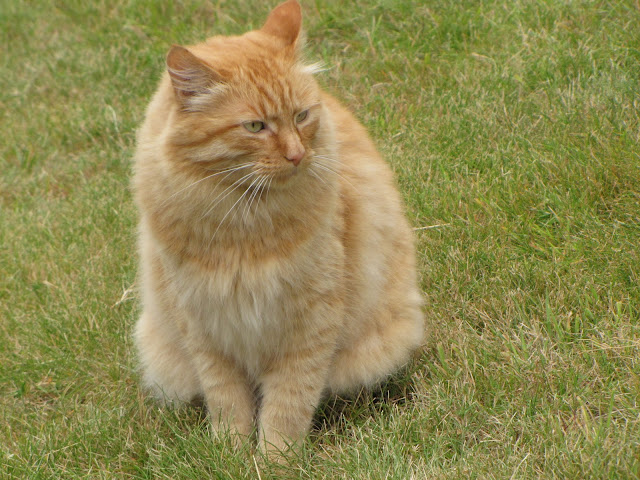 One of our neighbor cat's was rolling around under the plants, probably breaking more stems of my flowers.  Since they seem to do a pretty good job keeping moles and squirrels and other unwelcome visitors away from the yard in the past few years I've gotten over being annoyed with them. 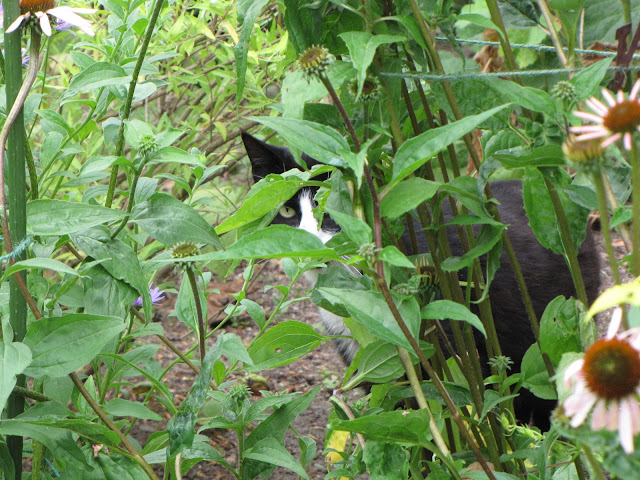 Then I saw his brother peering out, this one is much more shy.
I figured no hummingbirds would be around with two cats under the plants, but was quickly surprised when an angry hummingbird began dive bombing the black cat and chirping angrily at him. 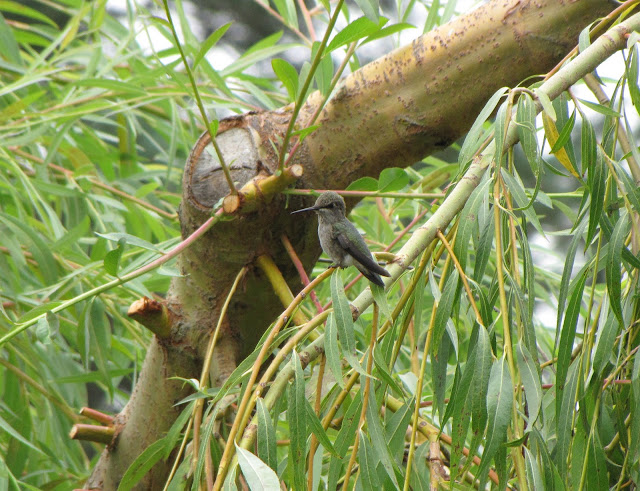 She flew just over head to a Weeping Willow and chirped repeatedly, I guess hoping the cats and I would leave. 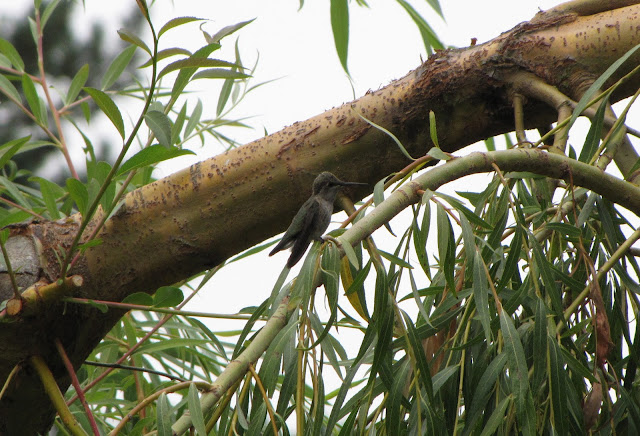 Here it looks like she dropped her wings down as if to say "I give up" even though she did try dive bombing the cats another time.  She eventually flew off and I chased the cats away.  Not long after I saw her through the window getting the nectar she was after in peace, by then I had given up getting any closer pictures and just watched from inside.

Posted by Catherine@AGardenerinProgress at 8:41 AM
Labels: Rufous hummingbird