It's just a matter of time.

Not too long I mentioned how behind the garden was getting from all of the below normal temperatures we'd been having.  I knew a few days above 50 would inspire the plants to get growing.  Along with some warmer weather (50 degrees feels warm right now) we've had lots of rain and wind.  Yesterday we set a record for rainfall.  I'm not sure I've seen it rain that hard many times before.  In one day we received half the average rainfall for March.  But, it's hard to complain when the plants seem to be getting revved up for a nice big spring show. 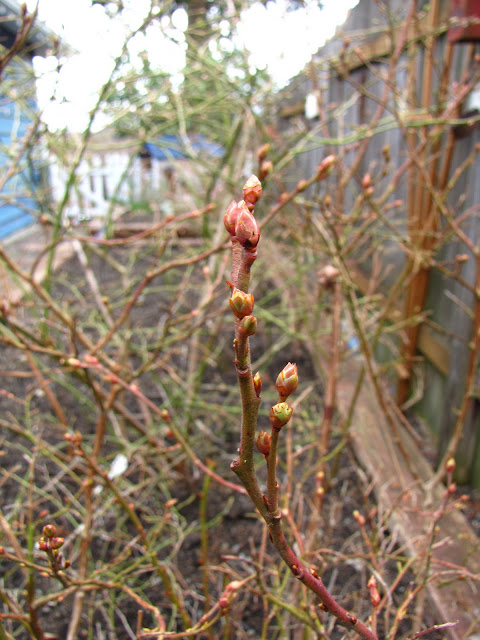 The Blueberry Bushes are loaded with buds. 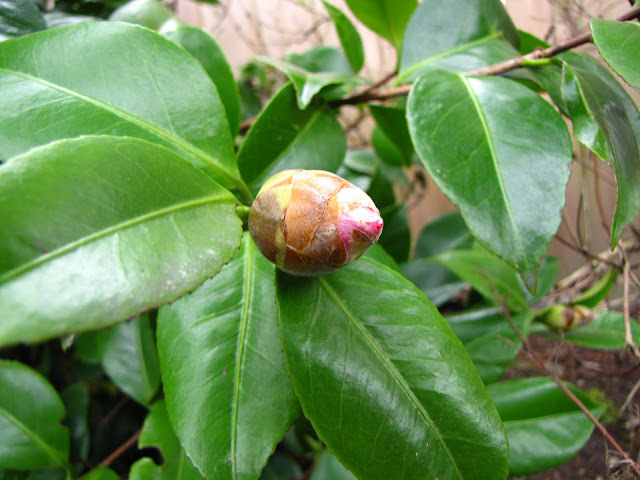 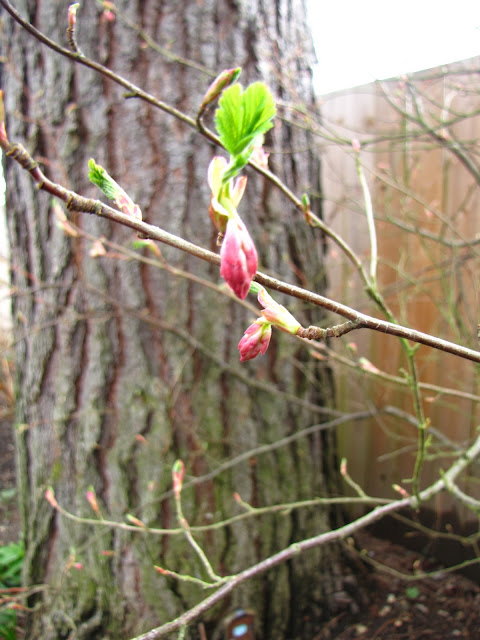 Ribes sanguineum or Pink Flowering Currant is usually in bloom during March.  It looks like it won't be long now though. 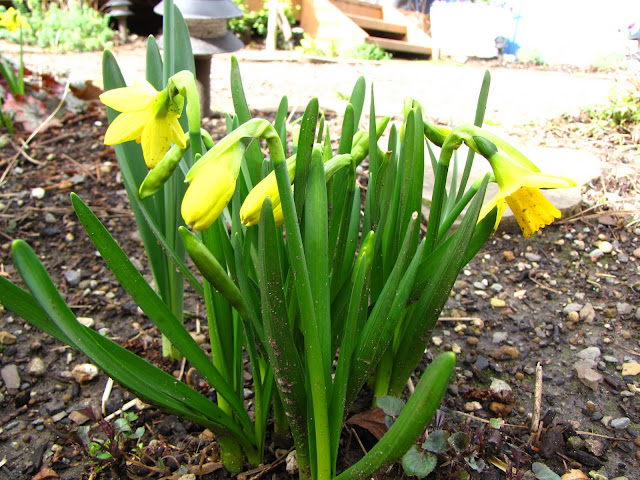 Tete-a-tete daffodils are behind too, they sure got beat up by the rain.  I love how bright and cheery they are. 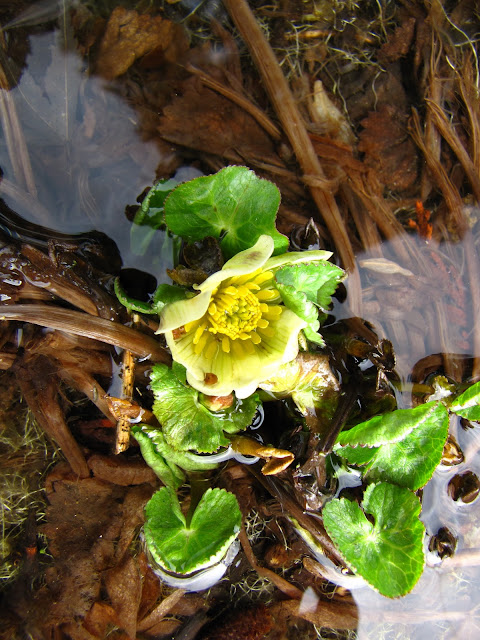 Marsh Marigold has one tattered bloom.  I also saw that the Water Hawthorne in the pond is starting to bloom. 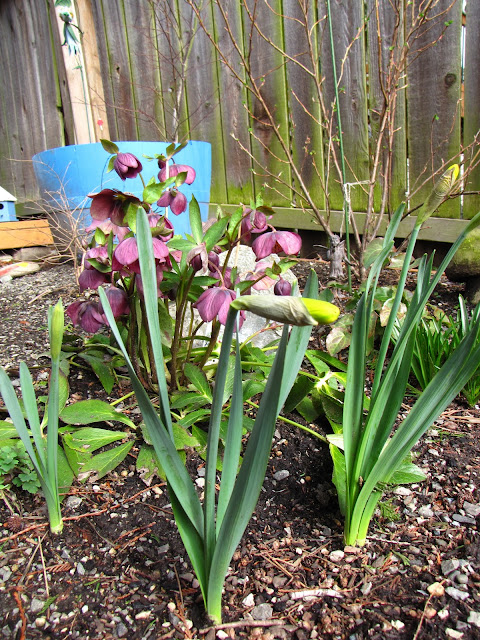 These Daffodils seem to be on time, they bloom after the Tete-a-tetes are finished. 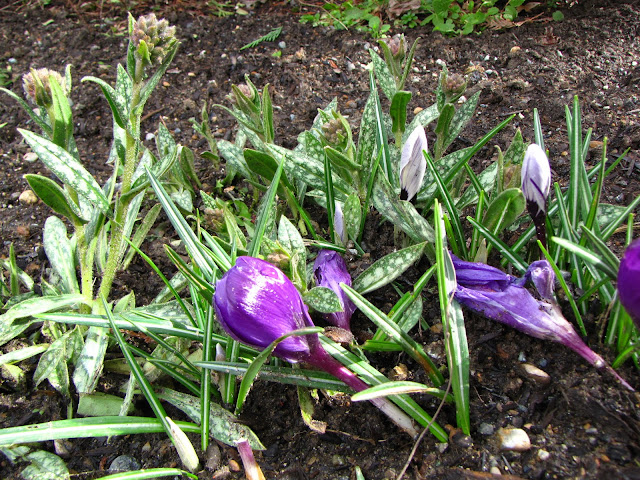 This Pulmonaria was a seedling that surprised me a couple of years ago.  I think this will be it's first year blooming, it's got lots of buds on it. 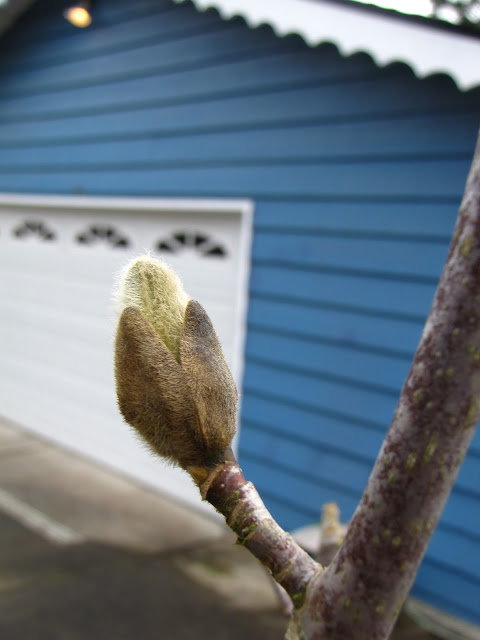 Crossing my fingers that this Magnolia 'Vulcan' finally blooms.  We had a late frost last year that killed the buds. 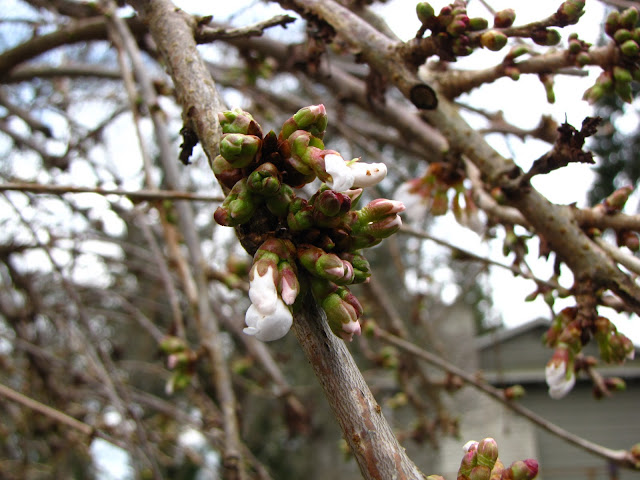 The Weeping Cherry tree is starting to bloom. 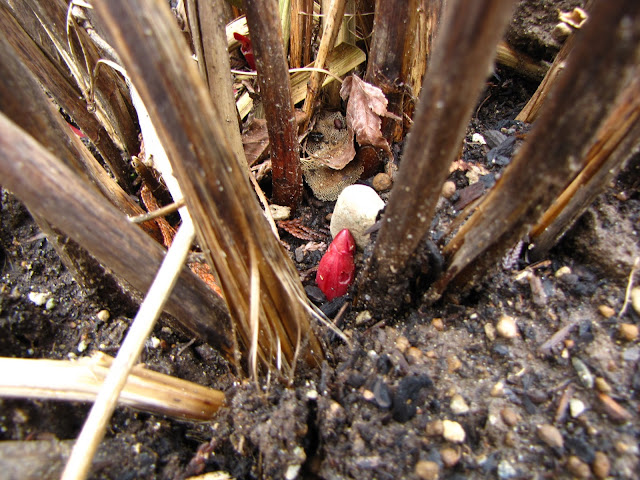 This might not look that exciting, but to me it's great news.  I dug up and moved this Peony a few weeks ago, just before the big freeze and snow.  I was hoping I hadn't killed it.  I'm doubtful it will bloom, but still hoping it might. 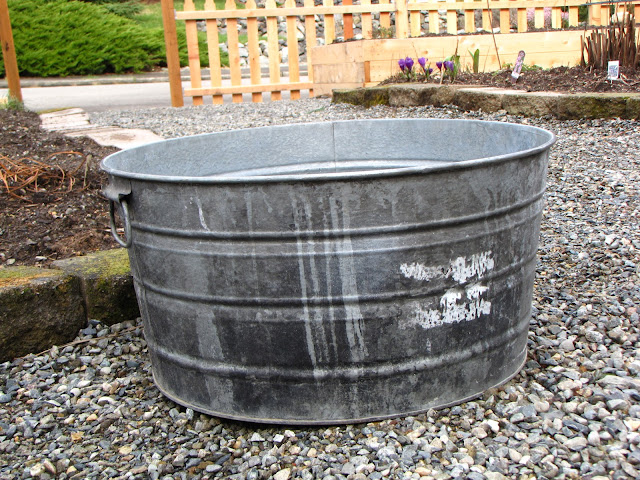 I found this the other day at a little antique mall near us.  I can't wait to plant it.  I'm trying to decide whether to make it a small water garden or a container garden. 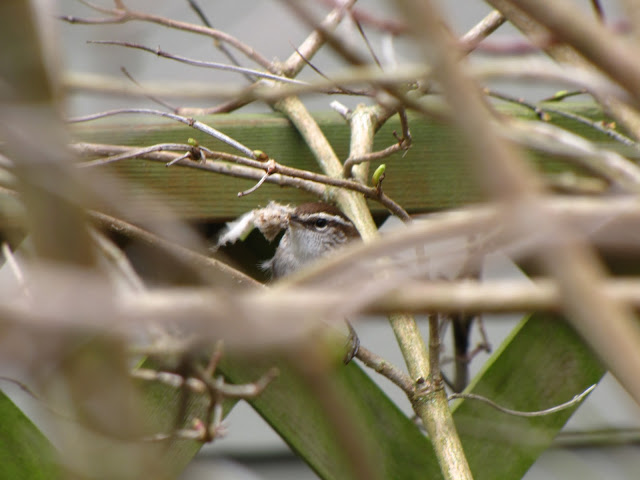 I spotted this Bewick's Wren in the Snowball Bush with a little tuft of what looks like dog fur.  I couldn't figure out where he was going with it.  Early today I noticed sticks on our deck under the Pine tree and wondered where they were coming from.  Were the school kids throwing them over the fence?  (You'd be surprised at what they throw over).  They were not Pine tree twigs.  After seeing this wren with it's nesting material I remembered that a few years ago Crows built a nest in the Pine tree and I found the same types of sticks on the deck.  The wind must have knocked them loose.
I probably won't be around much the next several days since we will have company staying with us this weekend.  Hopefully the next time I post some of these buds will have opened into flowers.
All words and photos in this post are property of A Gardener in Progress.