A walk through the back garden.

Has it ever been windy and rainy here!  The winds have finally calmed down but the rain keeps on falling.  These first few windstorms are always good for helping the evergreens to drop most of their dead needles.  Most of the deciduous trees still have their leaves here, although many have started turning shades of red and yellow.  It will be at least mid November before most of those trees are bare.  We've had so much rain here this year that people are saying now they would just rather have snow because at least it's something different to look at.  I'm feeling the same way, although I'm sure we'll be thinking differently later in the winter.  I just hope I can get the bulbs planted before too long.  I might just have to tough it out and plant them in the rain. 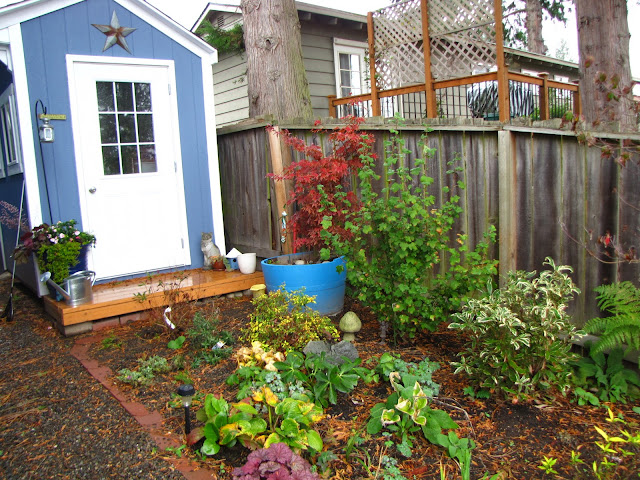 The shed garden is looking pretty good.  The color of the Japanese maple is so pretty now.  The Hellebores, Heuchera, Bergenia and the variegated Rhododendron will give it a little life over winter. 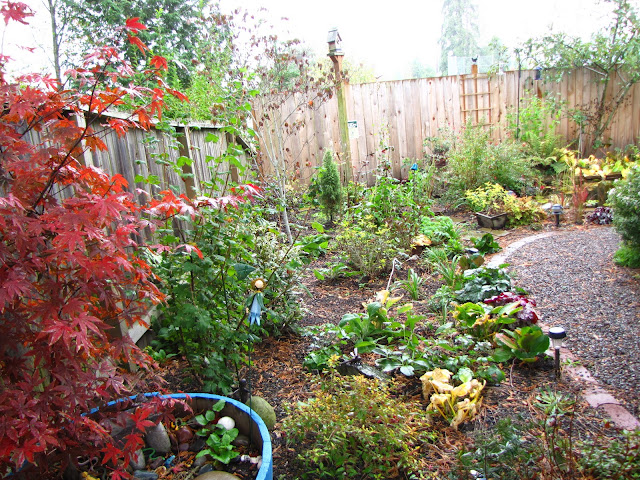 Facing out from the shed the garden really filled out this summer despite the lack of warm weather.  It probably was a good year to get these plants established since I barely needed to water them with all the rain. 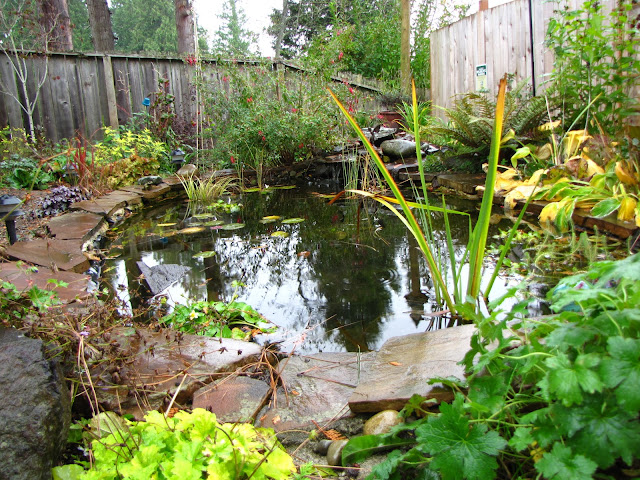 Still lots of color around the pond. 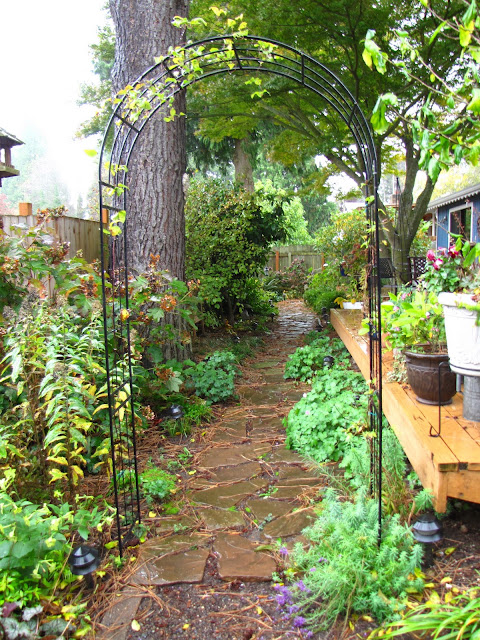 Last year at this time it was bare and brown down the path.  I'm surprised at how green it still is and that some plants have bloomed again.  The big Japanese Maple has just begun to turn yellow. 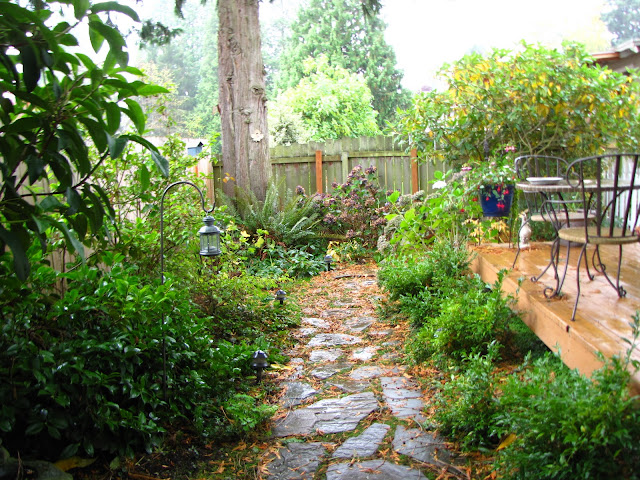 About half way down the path. 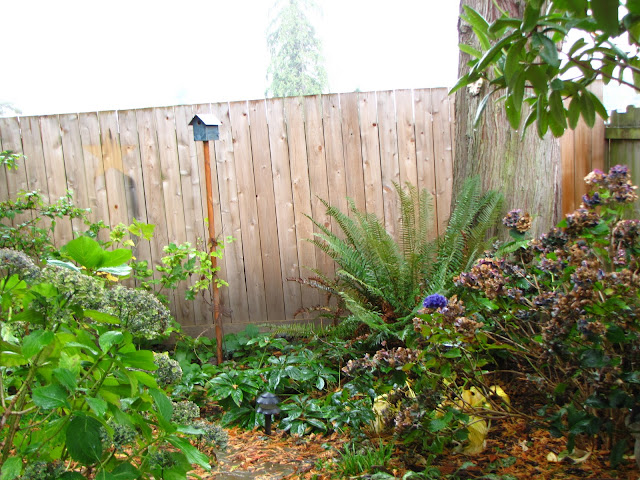 This little corner of the path is popular with the birds.  They're always hoping around the ground here under the shrubs.  A pair of Wrens had started a nest in the birdhouse early in spring but moved on.  Maybe some will stay next year. 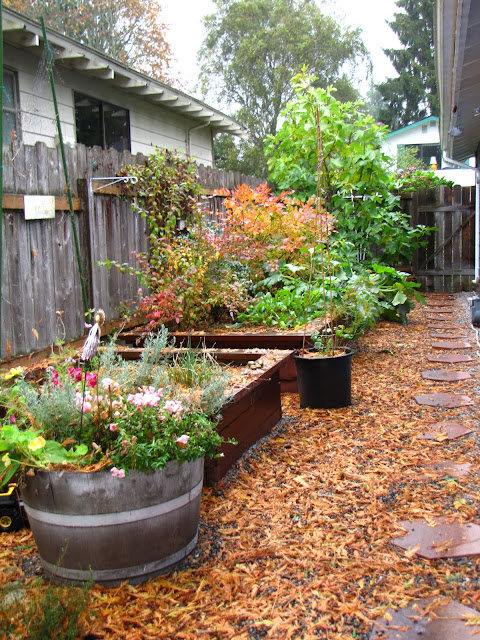 The side yard with the raised beds is littered with Cedar needles.  It's tricky raking them up from the pea gravel.  I wouldn't use pea gravel again in this type of area, crushed gravel is much easier to deal with and is what we've used as a path around the pond.  The Blueberry bushes have such pretty fall color now.  I had wanted to paint the pavers, but just didn't have time.  I still like the idea of painting them bright colors to add some fun to this area where the kids like to play.
I've still got plants sitting on the back deck waiting to be planted, they make me feel guilty every time I look out there especially since some keep getting blown over with the wind.  As much as I love gardening I don't really love doing it in the rain, especially when it's windy as well.  I hope I'm not the only one that's still got plants sitting around needing to be planted.

Posted by Catherine@AGardenerinProgress at 7:44 AM
Labels: path garden, Pond, shed garden, Side yard