I started this post almost 2 weeks ago, and then it sat while life got busy.  I've had a minor medical procedure to deal with since then, luckily nothing serious, but a major inconvenience anyway.  I'll spare the details, but it involves kidney stones and pain.  Glad both seem to be resolved now.   I'm thankful to have such a great husband, parents, sister and friends that helped out tremendously.
Just looking out at the garden (and ignoring the work that needs to be done) has made me feel better, funny how the garden can be so therapeutic in so many different ways.  A few of the days that I was feeling pretty bad I would take a walk around the yard to see what was happening.  But, I was also impressed just how well the garden was doing without me.  In fact the garden did a whole lot without me the past several months.  I guess whether I'm out there or not, the trees will remember to change colors, flowers will bloom and the birds will find plenty to eat other than from the empty feeders.
These pictures are the ones I was going to post and really not much has changed other than the weeds taking advantage of me not being outside.  I'm anxious to have a day to get out and do some fall cleanup. 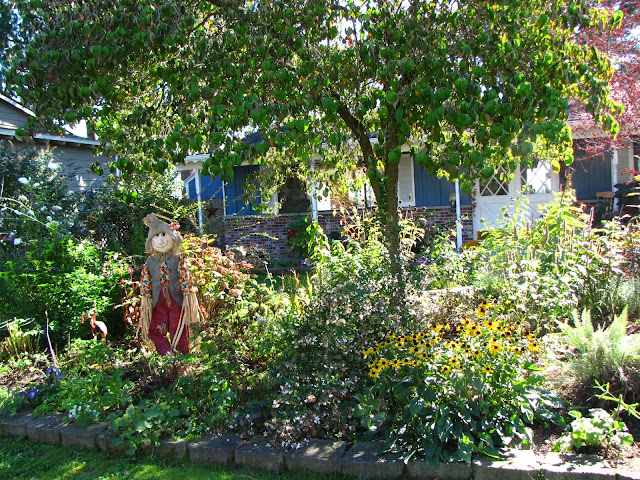 Black-eyed Susans and Abelias are blooming nicely still.  The birds have been eating the fruits from the Dogwood tree.  I've noticed the Junco's hopping around in this bed too looking for something to eat. 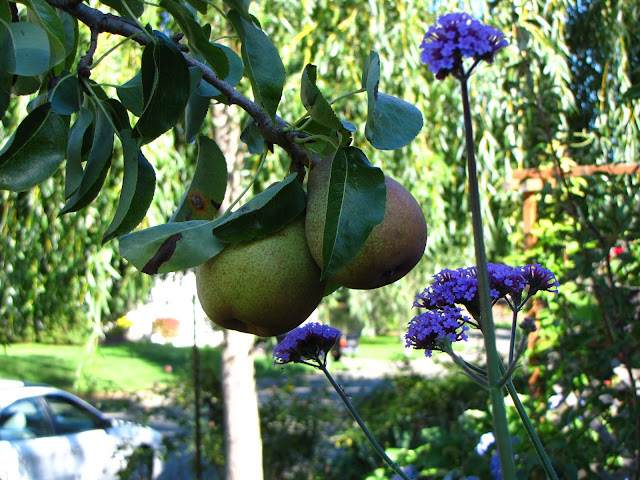 The pears probably need to be picked by now.  We enjoyed about 5 from the Orcas pear tree already, this tree is a later variety (Comice).  This is only their second year in the garden. 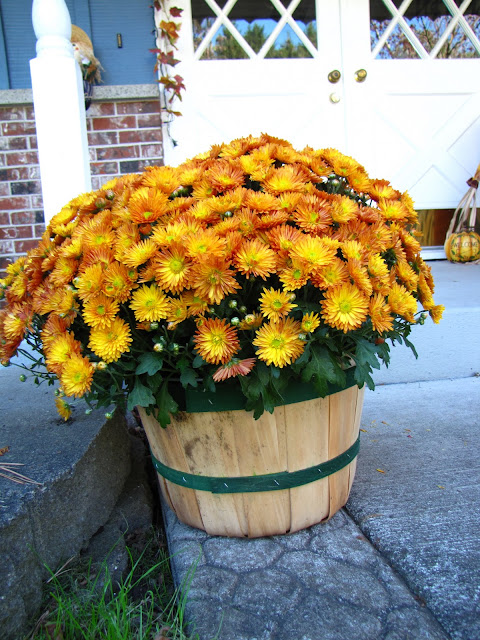 Pretty Mums that my parents gave us for our 13th anniversary.  They look perfect on the front porch that the Littlest Gardener and I have been decorating.  She insisted we hang the fake spider webs even though the spiders have plenty of their own all over the yard. 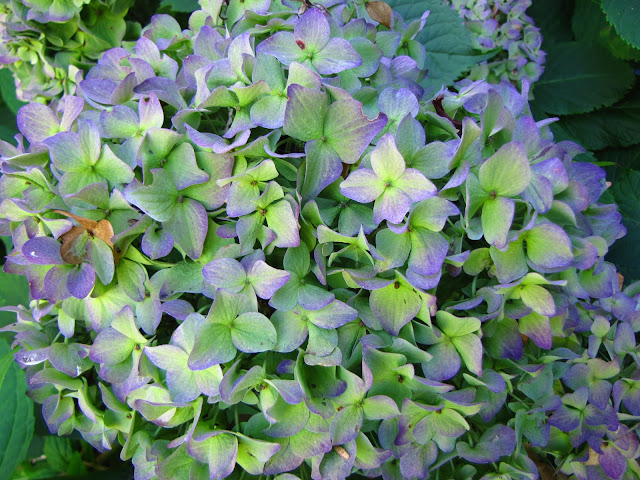 The Nikko Blue Hydrangea always looks the best for the longest. 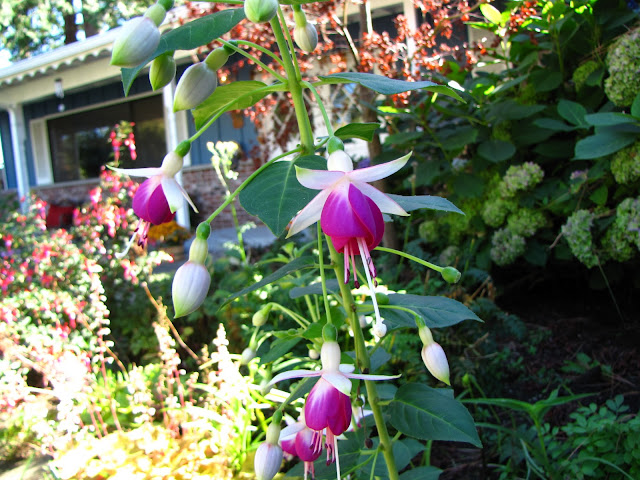 Hardy fuchsia 'Queen Esther' and the other hardy fucshias all look great right now.  They'll bloom until the first frost.  Hard to believe the first frost probably isn't all that far away.  It usually seems to be in the first week or two of November. 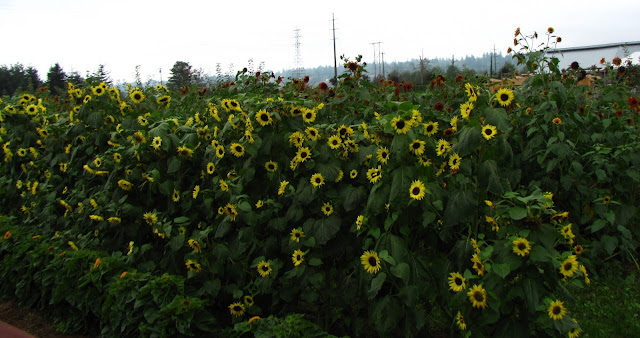 I wish these Sunflowers were mine, but they are from the visit to the pumpkin patch I took with the Littlest Gardener's preschool.  It seems like Sunflowers are blooming beautifully around here now, just wish I would've had some this nice in my garden.
Signs of fall are everywhere now with a big increase in bird visitors being one of the most noticeable.  There has been such a variety of types of them as well in both the front and backyard.  It's not until they start returning that I realize who hasn't been around lately like Nuthatches and Juncos and Flickers.  The birds are one of my favorite things to watch right now.  I love seeing who's at the pond or eating berries from the trees.    Hopefully I'll have a nice clear morning sometime soon to take some pictures of them, they seem to come early in the morning while it's still foggy.
I look forward to trying to catch up with all of you and seeing how your gardens have been changing.

Posted by Catherine@AGardenerinProgress at 6:53 PM
Labels: signs of fall