March has just flown by this year. Often March feels like one of those never ending months to me. I think because I've been able to get a head start on a few garden projects it hasn't felt as long as usual. But now the April showers, which will hopefully bring May flowers, have begun a bit early. Our 10 day forecast shows rain for all, but one day. So getting back to finish the projects may not happen as soon as I had hoped.
The end of the month also means it's time to join in with The Patient Gardener's Weblog for the end of month view 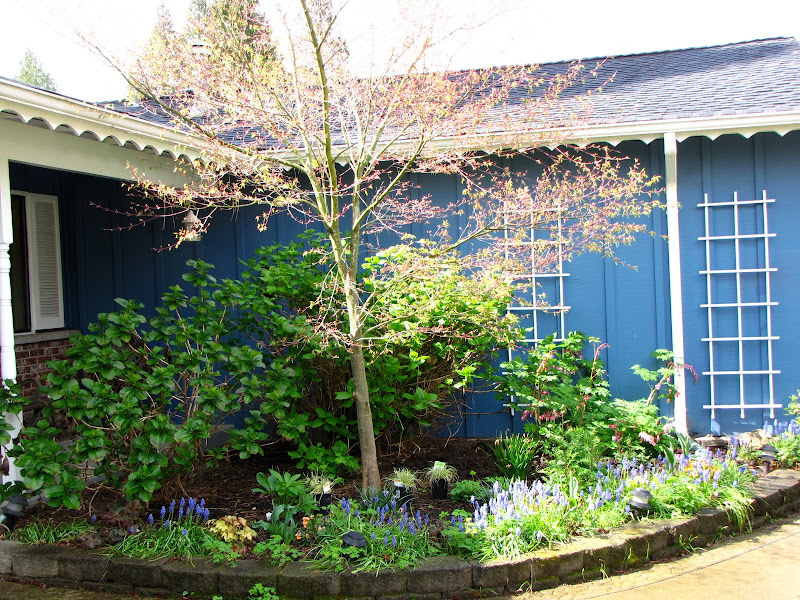 Things are really beginning to fill in here now. Something is missing from here, although I doubt anyone besides me would notice. I mentioned last week that our pipe that led to the outside faucet must have frozen during the winter, leading to pouring water inside the garage (no damage luckily). The upside to this was that we moved the faucet to a new place. It used to be on the wall behind the plants, leading to many broken plants and bad words as I would unroll the hose to water. Now it is located in a much better place on the front of the garage making watering the whole front yard much easier. 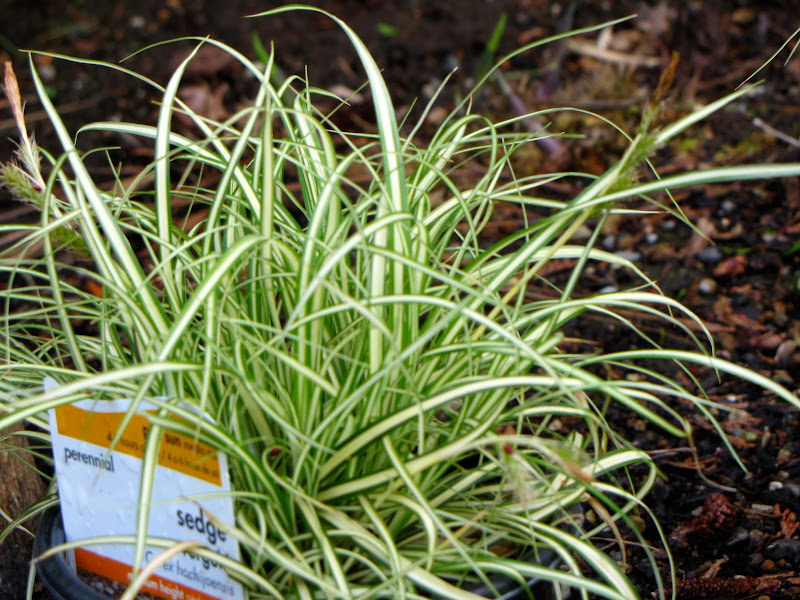 This is the Sedge (Carex hachijoensis) 'Evergold' which I decided to plant under the maple tree. It supposed to get 1 foot by 1 foot and is a clump forming grass. I'm waiting for the rest of the Hostas to reappear before I plant the three of them. 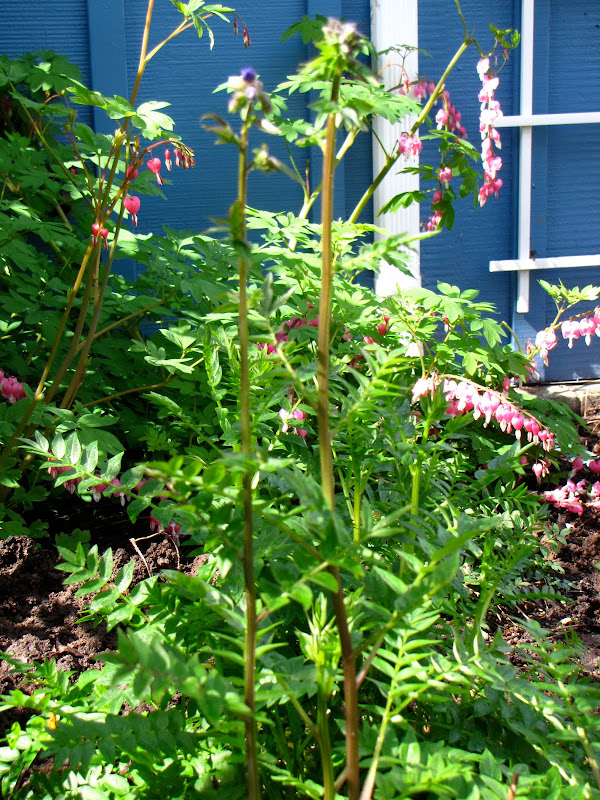 Jacob's Ladder (Polemonium) already has buds on some of the plants. The beautiful variegated leaves of Japanese Maple 'Orido Nishiki' are so nice against the red twigs that the new growth appears on. Oh, I love this tree! I recently read that it is a slow grower, but in our garden it has grown quite fast.

By the end of next month hopefully I'll have those Sedges planted along with rearranging Hostas and Astillbes. There's a possibility there may even be some small buds on the Hydrangeas. I have a Hydrangea in my backyard with tiny buds already. Hopefully the Columbines in this bed will be blooming by then too.