I've been continuing to get out in the garden and get as many chores done as I have time. One job I had to do was clean out two of the birdhouses that bumblebees have decided they want to live in. I've only had this problem once before, but this year with two being claimed by bees already I had to do something about it before it was too late. It looked as if the bees were using the actual birds nests made in previous years to build their own nest in. I certainly didn't want to (and didn't) kill the bees, just let them know they needed to find another place to live. Once the nests were cleaned out the bees buzzed around for a little while, and I haven't seen them near the houses since. I also rubbed soap on the inside roof of the houses because I read that will help deter bees. Hopefully it works and the birds will still come and use the houses. If anyone has any other tips to help I'd love to hear them.

Now it's time to show what's blooming this Friday in my garden: 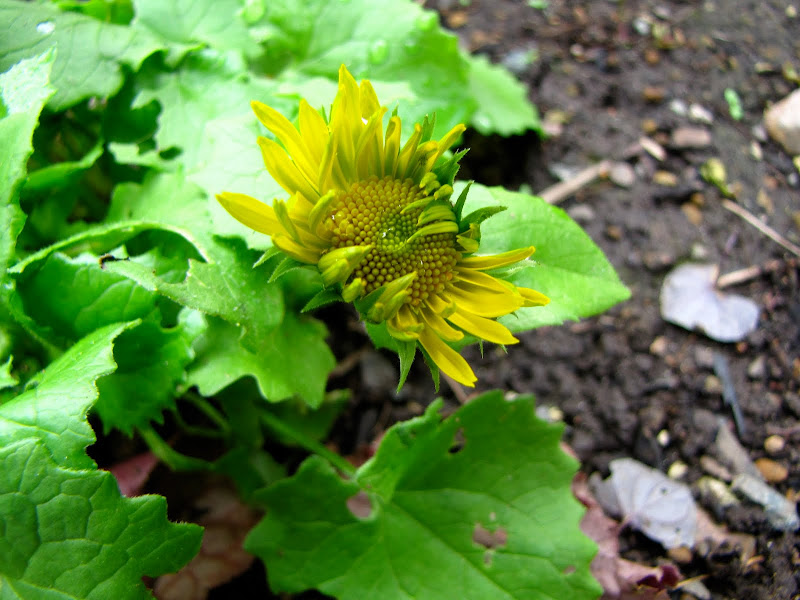 Leopard's Bane (Doronicum orietale) has not been an easy plant for me. I've tried growing them several times and this is the first one that has made it a full year. They do not like to be in dry soil, and that has probably been the reason it has disappeared in other places. My husband thinks it looks far too much like a dandelion, but I think the flowers are pretty. I'll take a picture of it once it's in full bloom, the flowers are daisy like. 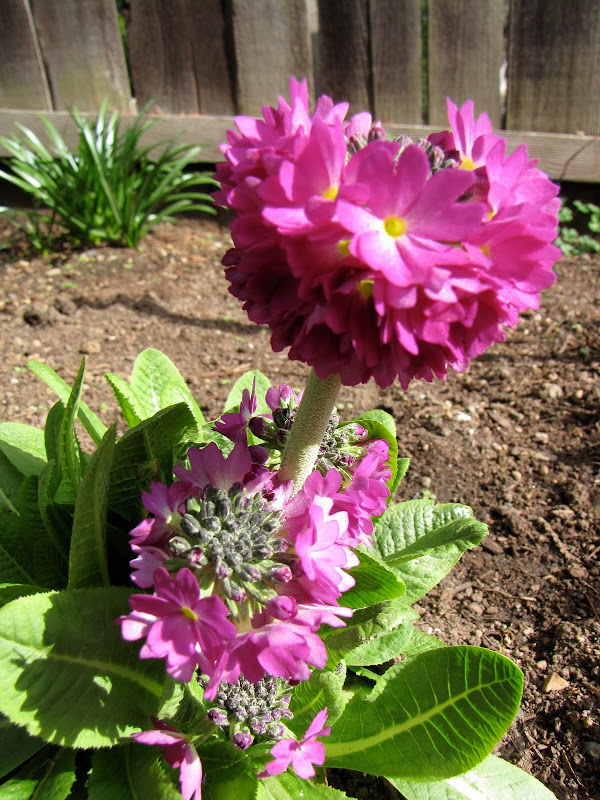 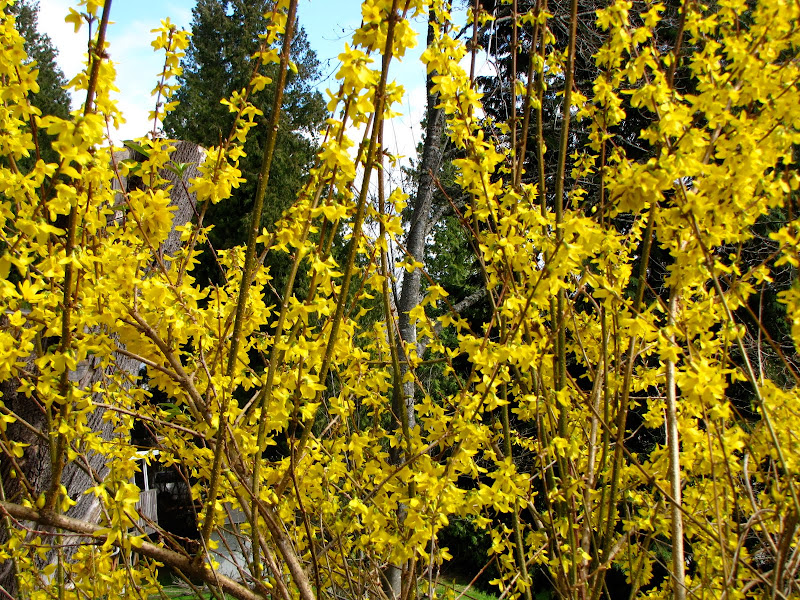 Don't you love when your neighbor has something pretty blooming in their yard that you can enjoy too?! I don't have the space for a Forsythia, but our neighbor's shrub is right next to the low part of our fence so we can see it almost as well as if it was in our own yard. 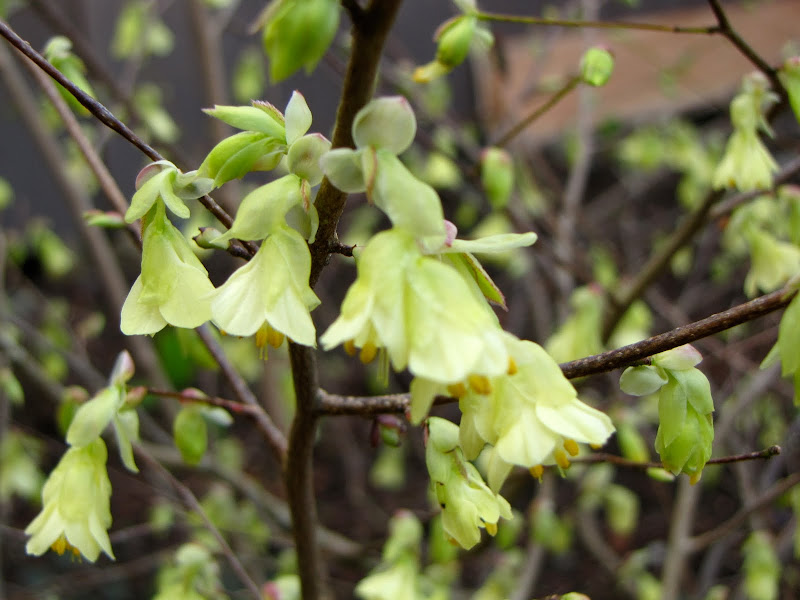 Winter Hazel (Corylopsis) 'Buttercup' is just beautiful this year. I keep going by to admire it since last year it hardly bloomed. 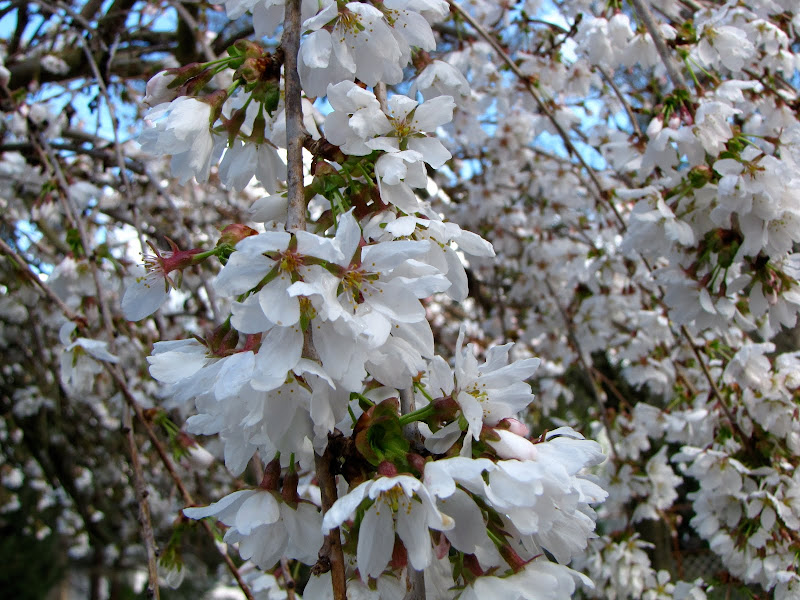 The Weeping Cherry tree is in full bloom now with lots of bees visiting it. The Littlest Gardener stood under it with a stick knocking petals down saying, "It's snowing!" That's as close as we've gotten to snow this winter. 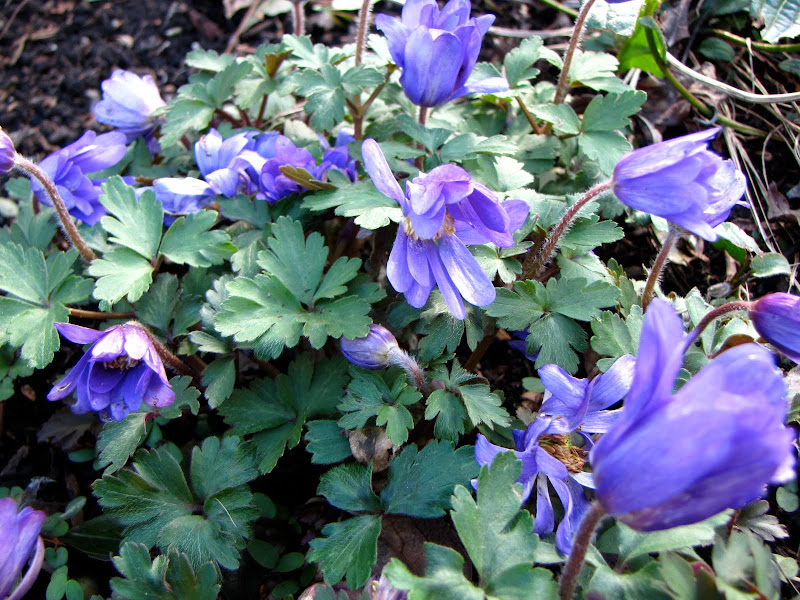 Anemone Blanda has started popping up around the front garden. 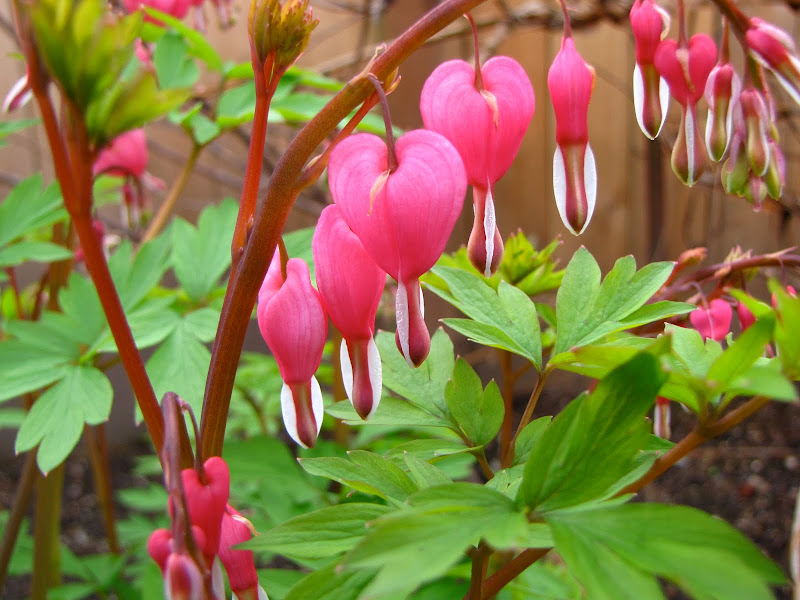 One of my favorites Old Fashioned Bleeding Hearts (Dicentra spectabilis). 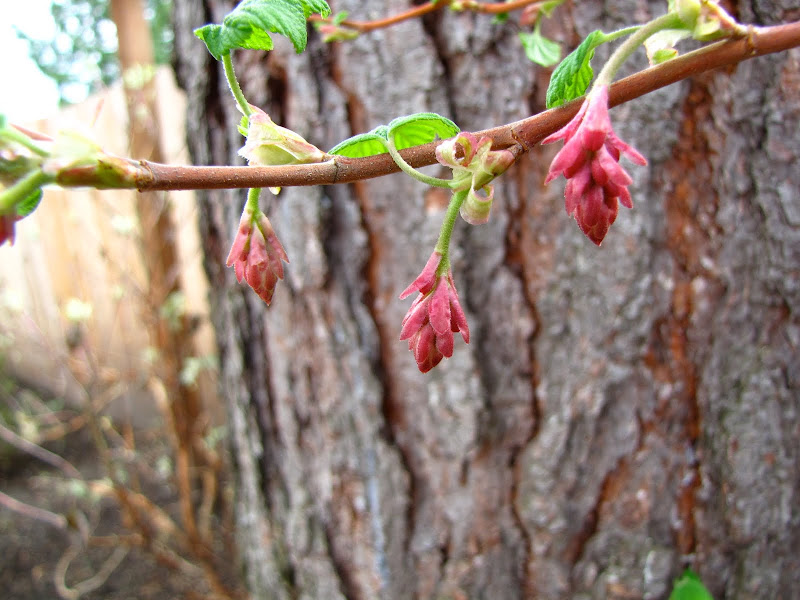 And the Flowering Currant (Ribes sanguineum) is getting closer to blooming. I love how it looks against the bark of the Ponderosa Pine.

Tootsie at Tootsie Time hosts Fertilizer Friday each week. Visit her to see who else is "flaunting their flowers".