Anyone that reads my blog on a regular basis knows that I'm a bird lover. I am fascinated by watching the birds that visit my yard. I've done as many things as I can to attract as many species of birds as possible. So, when I was asked to review the book "Flyaway" by Suzie Gilbert I was very excited to do so. Suzie Gilbert is a wild bird rehabber and since my only bird rehab experience has involved scooping a small bird that flew into a window into a shoebox and then placing it up in a safer spot, I was interested to see what a real rehabber does. 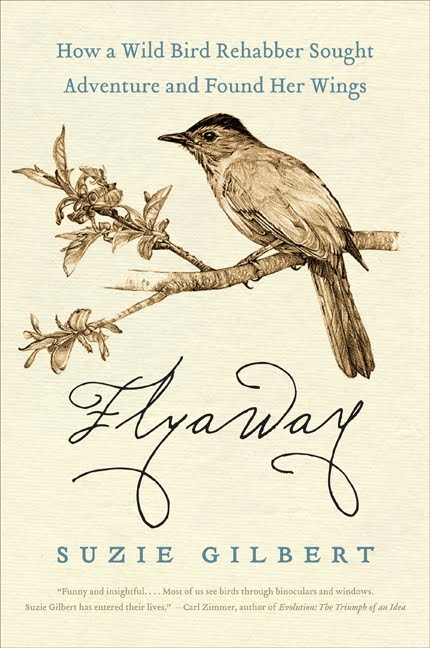 Suzie started off early on being a bird lover. She tells of her childhood experiences with birds and about reading a book that taught her how to actually gain the trust of Chickadees to eat from her hand. Through different life experiences she eventually was led to work in a raptor rehab center where she enjoyed getting to know the birds and watched as many were healed well enough to be released back into the wild. 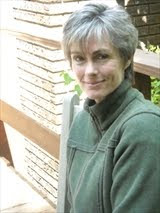 Eventually Suzie decided to start a bird rehab center in her own yard as a place to help songbirds that needed to spend time in a flight cage to strengthen their wings and practice things like foraging for food. She first decides she will not accept injured birds at all, but as the calls for help come in, she has a hard time saying no to people that need a place to bring injured birds. It's not too long before not only her songbird flight cage begins to fill, but so does her bathroom where she keeps everything from baby ducklings to a heron before she can find the appropriate bird rehabilitation center for them. Being someone who has a hard time saying no when it comes to animals (just ask my husband), it was easy for me to relate to her situation. I enjoyed reading about how her husband and two young children become involved with the birds too. The children took part in naming and caring for nestlings (baby birds too young to leave the nest). The amount of time and work that is required to feed them was exhausting just to read about. At one point she is called to help an injured Peregrine Falcon, an endangered species, whose beak has been split after flying into a window.
Many of her stories telling of how the birds behave with each other are quite funny. One of my favorites was about the turkey vulture and the pigeons who she named Jerry Garcia and the Deadheads. Unfortunately some of the stories have sad endings, birds that died from injuries or would never be released back into the wild again.
In her book she frequently mentions what humans have done to cause the need for so many birds to require being rescued. Everything from pesticides and habitat destruction to flying into windows and domestic cats causing them injury. She has a lot of information on how many birds are injured or killed each year by domestic cats. I found the numbers to be quite shocking. As a former cat owner I had always kept our cats indoors for fear of them being hit by a car or injured by a raccoon or coyote. I had never really thought about the impact they could have had on birds. After witnessing our neighbor cat catching a hummingbird, which thankfully was fast enough to get away, I can understand her reasons even more for encouraging cats to be indoors.
I thoroughly enjoyed this book. I learned so much about birds and how they are cared for and why wildlife rehabbers are so important. I had no idea how much was involved; time, money and emotions. I highly recommend this book if you are a nature lover or if you just want to learn more about what is involved in rehabilitating wild birds.
If you visit here you can read more about Suzie Gilbert and Flyaway, Inc. her non-profit wild bird rehabilitation center. There is also an interesting video of her releasing a female red-tailed hawk.