Sweet Pea and I were up very early for her first basketball game of the season today (her team won, Yeah!) and we noticed such a heavy frost it looked like snow. The streets sparkled with frost as the headlights shone down on them. When we returned home hours later I was surprised at how much hadn't changed since we left. Frosty roads and yards everywhere. The moon is still out and huge! How I wish I had a camera that could capture what the moon looks right now.
Our backyard gets the most sun in the winter so I expected most of the frost to be gone, but was surprised to see half of the pond still covered in a layer of ice. 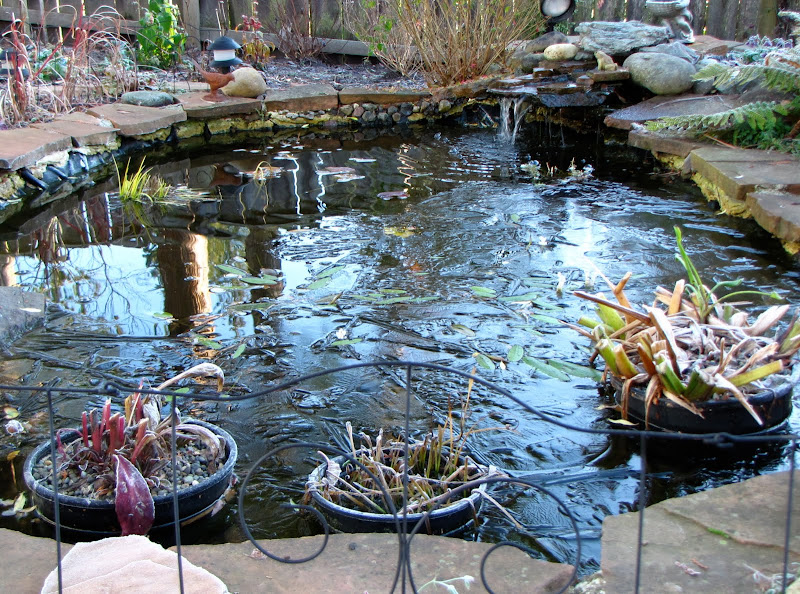 I'm so glad I got the pond cleaned out recently. The water is so cold now it hurts my hands when I reached into the water. Once it's Fall I quit topping the pond off with water so part of the ugly liner shows now. One thing I wish we would've taken more time with in installing the pond was making sure the liner was put in better. 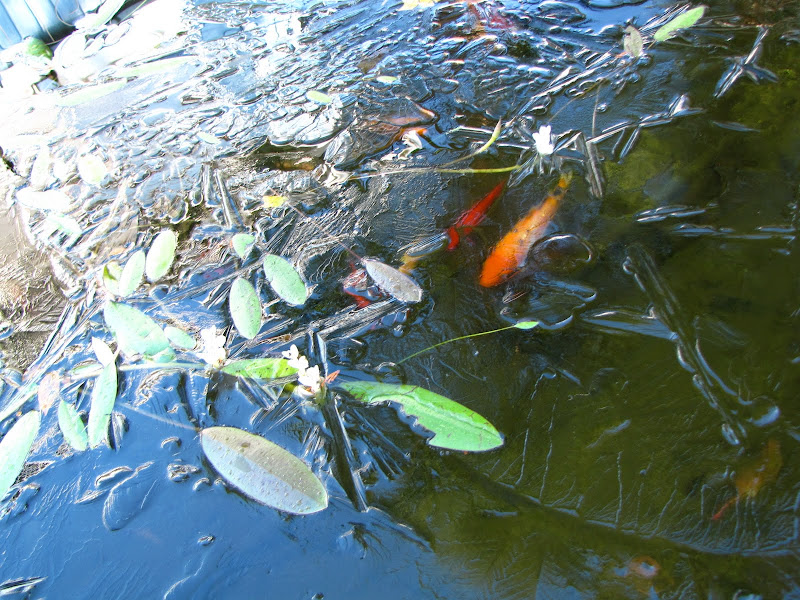 The fish are all at the bottom of the pond, but still swimming around. They look so vibrant "under ice". 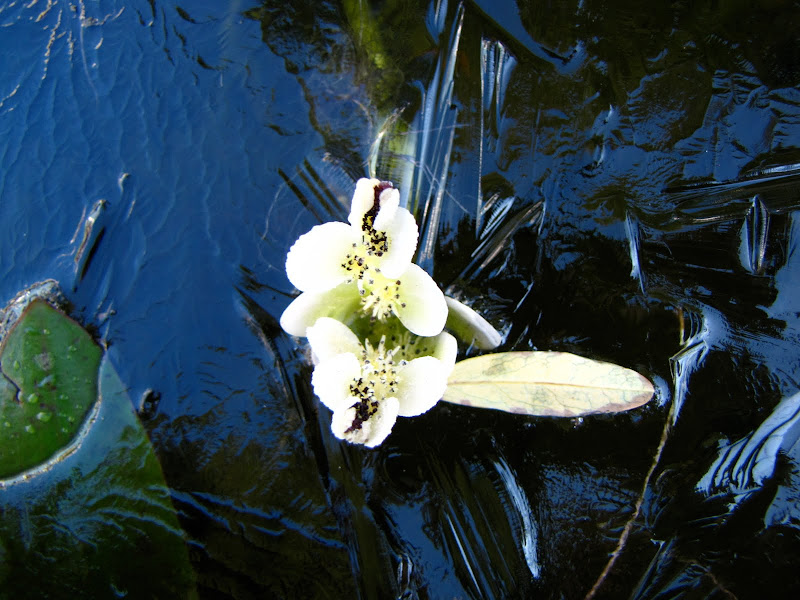 The Water Hawthorn (Aponogeton distachyos) blooms are sitting above the ice. 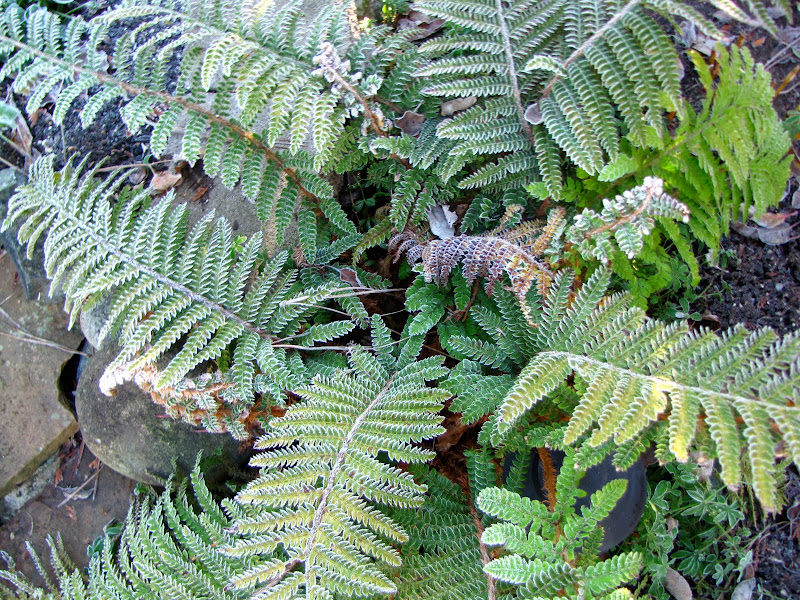 I love this fern that grows by the pond. I can never remember what it's called. It stays evergreen and the new growth has an almost "furry" texture. If anyone knows I'd love to find out. 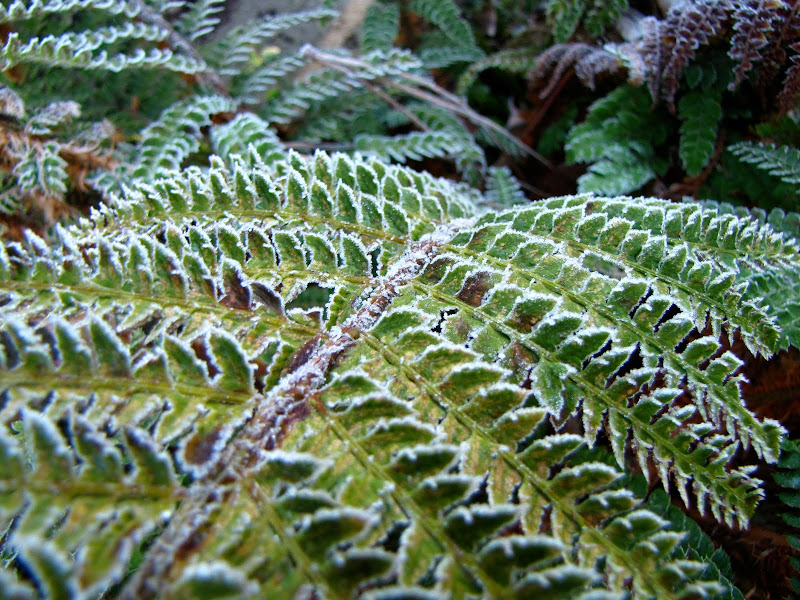 A frosty closeup of the same fern. 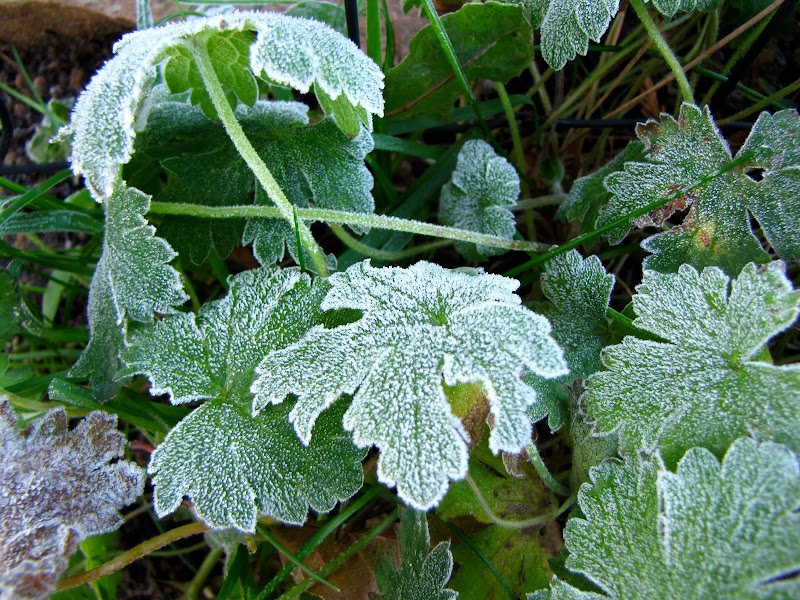 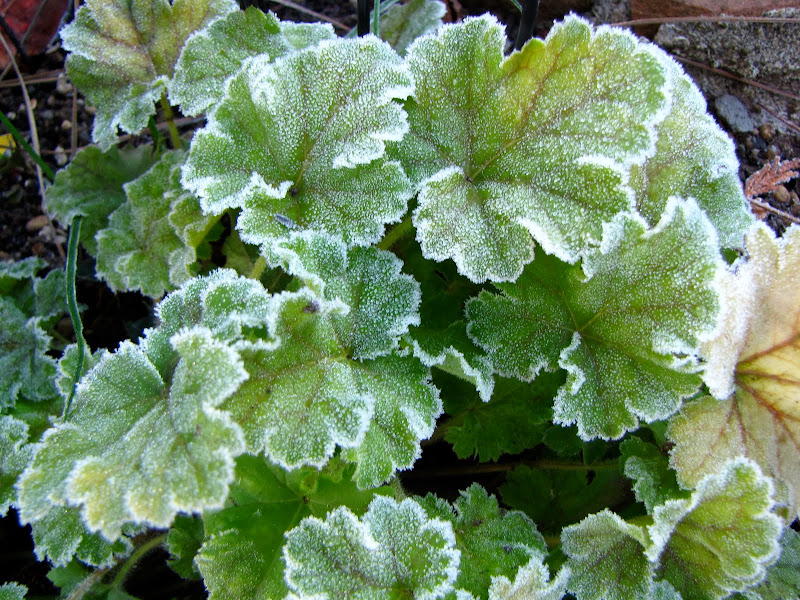 Heuchera 'Harvest Lemon Chiffon' has really nice yellow foliage. It takes part sun and I'm a little concerned it's going to get too much sun where it is now. Guess today isn't the day to move it :)

We are having record lows here in the Seattle area right now. Highs in the mid 30's and low's in the lower 20's. I don't think the frozen pond will be thawing out anytime soon.

Posted by Catherine@AGardenerinProgress at 10:39 AM