A few years ago I noticed some pretty and large shrubs at my friend's house. I had asked her what they were and she told me they were Abelias. I don't think I'd ever noticed them anywhere else before. My friend allowed hers to grow in a natural arching way and I think this is what caught my attention. After looking more into Abelias I found that many people prune them into hedges which to me would take away most of their beauty. Knowing I didn't want to prune them, but not having the space for the Abelias she had I forgot about them. Awhile later I came across some Abelias at a nursery and was happy to find a smaller variety called 'Sherwood'. This one only gets about 3 feet tall and was perfect for the sunny side under the Dogwood tree in my front yard. 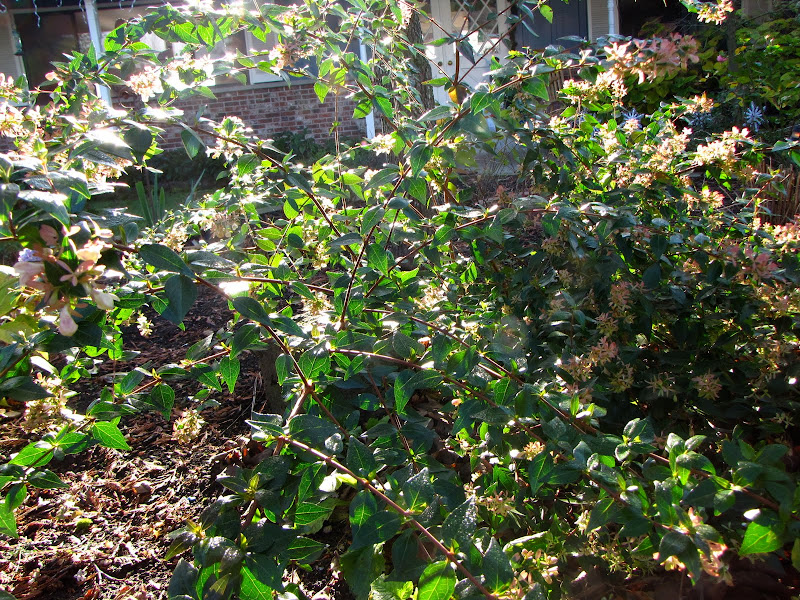 I love it's arching branches and glossy leaves. It makes a perfect background plant for perennials. Once they have finished blooming this Abelia x grandiflora begins blooming near the end of June and is still going strong right now. 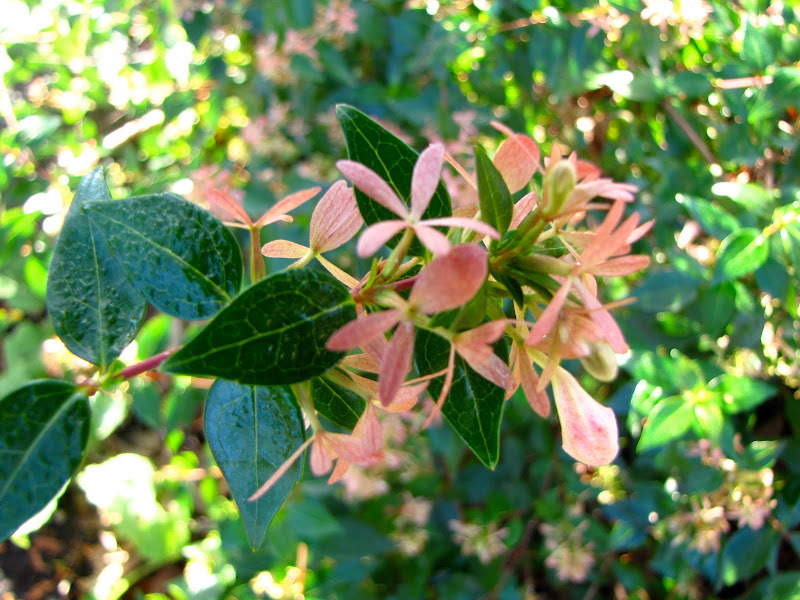 The new growth is this light pale pink to a deeper pink. Right now the plants are full of this colorful new growth. 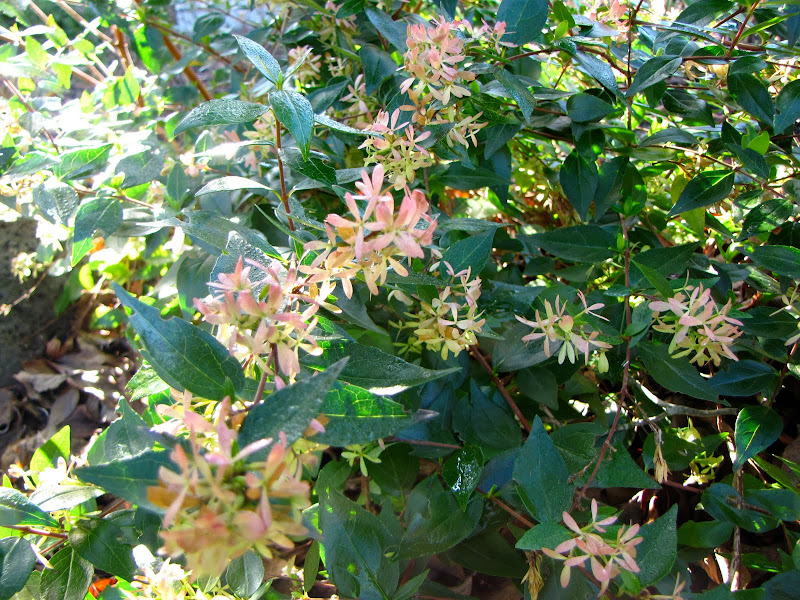 I think that the fresh pink growth is almost as pretty as the flowers. 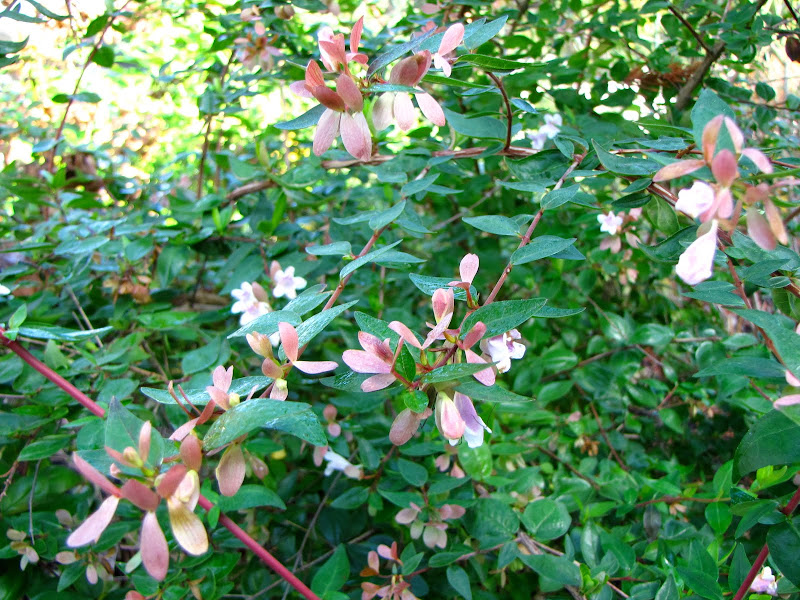 This Abelia x grandiflora is 'Edward Goucher', it gets to be a bit bigger than 'Sherwood', 3 - 5 feet tall. It's only about 3 feet tall for me and hasn't grown much in height in the last couple of years. It's arching branches spread wider than it is tall. 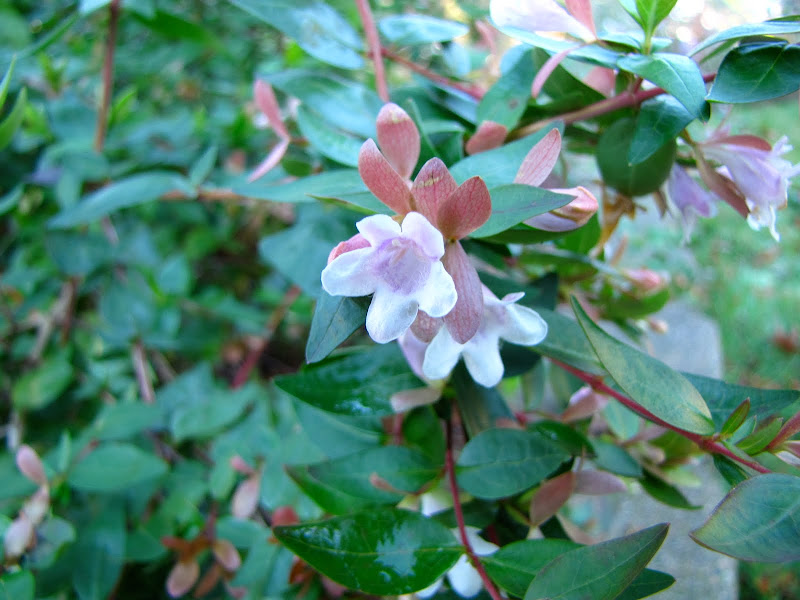 Here you can see some of the pale pink, fragrant flowers which the hummingbirds have been enjoying. 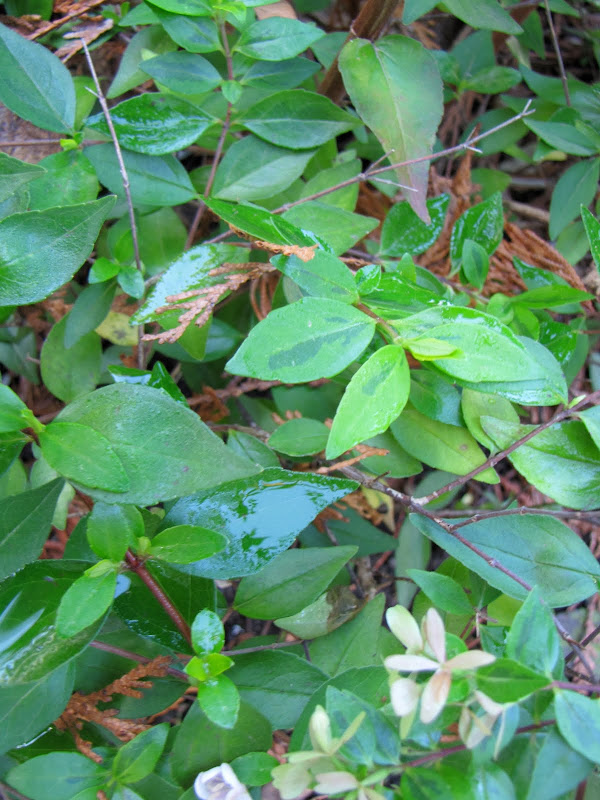 Abelia x grandiflora 'Francis Mason' is a more variegated variety and is in a much shadier spot. It began blooming later than the others, probably because it doesn't get as much sun.

I did have one other Abelia 'Confetti' which sadly didn't survive our winter this past year. These shrubs are semi-evergreen and unless it's unusually cold like it was last year, normally keep most of their leaves all winter. It's hardy in zones 6 through 9 and is supposed to be deer resistant. It's surprising that a shrub with so many positives isn't used more. So if you're looking for summer through late fall interest in your garden I would highly recommend Abelias.

Posted by Catherine@AGardenerinProgress at 7:37 AM