What a great weekend we ended up having. The weather really improved, although I don't know if we actually reached 75 degrees. Just having two days of sun and having a chance to enjoy it was just perfect. In fact it was just the right temperature for digging, weeding and even gutter cleaning ☺. The girls had a sprinkler out and had a lot of fun. Around here lately if it's above 65 degrees it feels like Summer.
We also made a trip to the Antique Rose Farm, which I mentioned in an earlier post, and chose a new David Austin rose 'Lady Emma Hamilton'. It's full of buds now, but when it blooms I'll post some pictures. 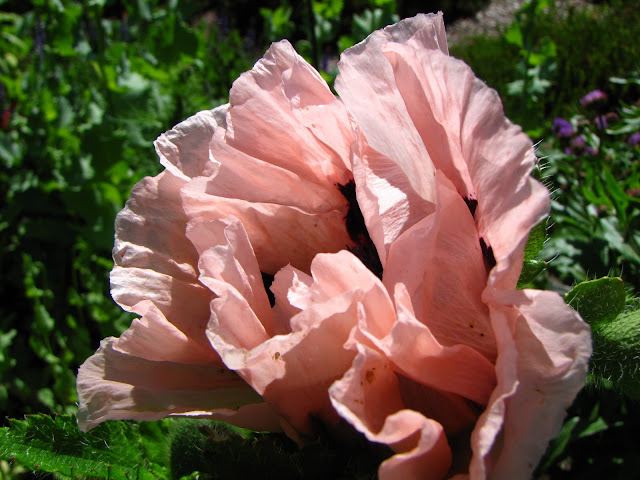 I was so happy to find that the Oriental Poppy 'Princess Victoria Louise' is blooming. Last year in the heat of the Summer I decided to chance moving it to a sunnier place where it could get bigger. Later in the year I found that I had left roots behind and new leaves were coming up. I happily dug that plant up and moved it to another place. Now the original roots have sent up leaves and flowers as well as the two I moved. So, not only did the plant survive the move, but I ended up with three total. 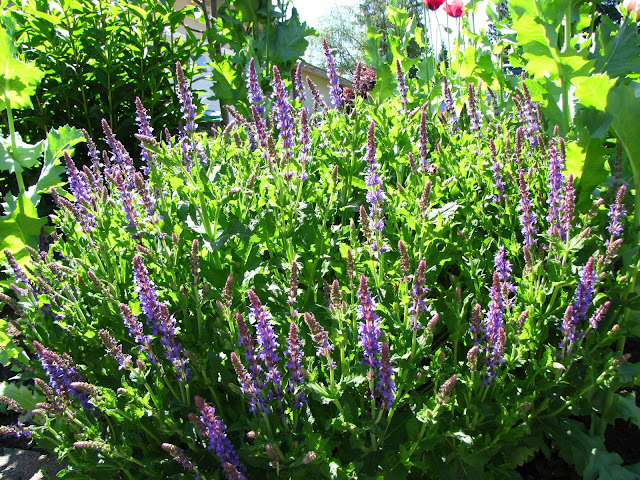 Salvias are blooming and covered in bees. 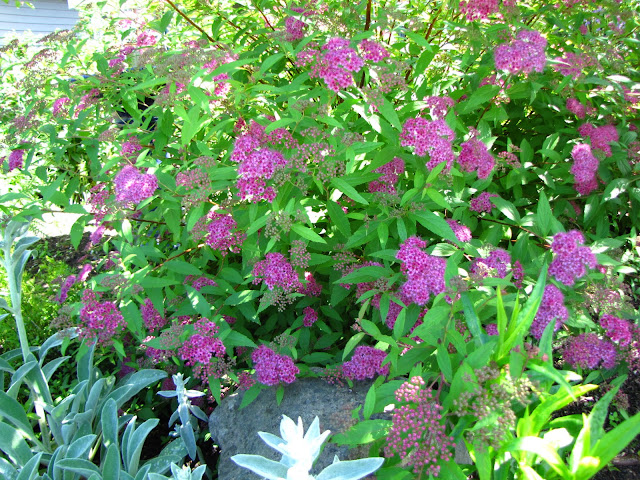 Spireas are full of flowers. This one's tag has been lost, but I really love the bright pink flowers on it. 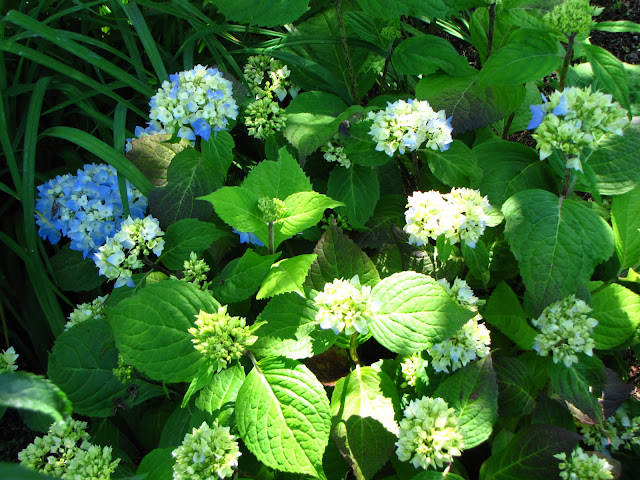 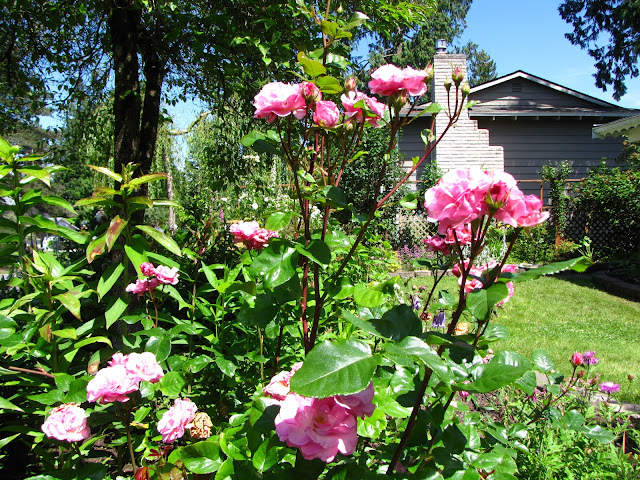 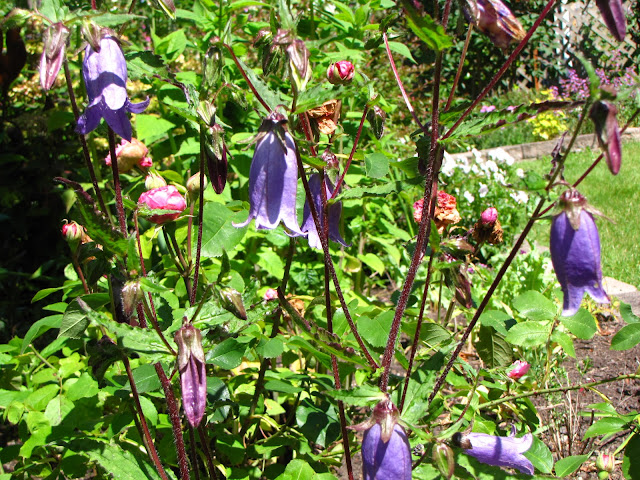 Campanula 'Summertime Blues'. I've read these flowers are sterile so should not spread as much as some Campanulas do. 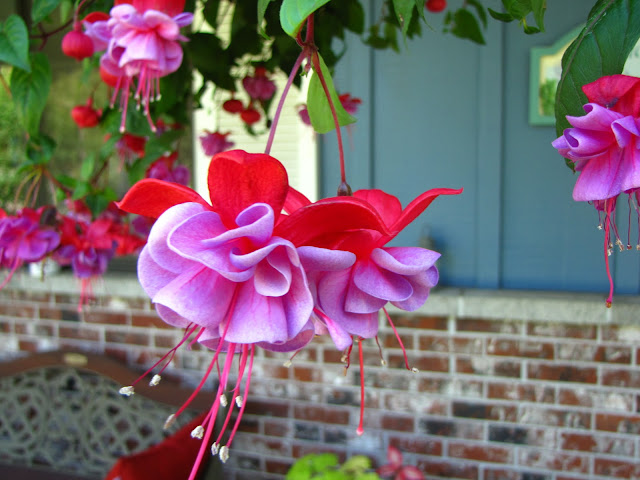 One of the hanging Fuchsias. The hummingbirds have been at the Fuchsias off and on all during the day.
I've been trying some new things out on my blog. I wrote this post in Blogger in draft where you can load pictures much quicker and choose extra large for the size. While these pictures aren't quite as large as before, loading them this way saves me time and is easier to put them in the post. I'm also changing the blog layout some. Please let me know if anything seems out of place or is difficult to read. I've noticed some Blogger blogs loading very slowly lately too, not sure if it's just my computer or if others have noticed that as well.