This past weekend my husband and I were lucky enough to get to go on a very short weekend trip down to Portland. I've lived in the Seattle area most of my life and for some reason other than driving through Portland on my way to California I've never stayed there. I wish I had known what I had been missing all these years. Portland is similar to Seattle in many ways, very green and mountain views and a nice relaxed atmosphere. I knew Portland was famous for roses, but had no idea how many other gardens were there. On Saturday we had beautiful sunny weather which was perfect to tour some of them. We were able to visit the Chinese garden, Japanese garden, International Rose test garden (over 10,000 roses!!) and more. I wanted to share some of what we saw at the Lan Su Chinese garden. I don't remember ever visiting a Chinese garden and so I found it really interesting as well as beautiful. I also wish I would've read the pamphlet we were given when we entered. I've read through it as I looked at my pictures so I could better understand the meaning behind everything.
These gardens were built in 2000 by 65 Chinese artisans who stayed in Portland for 10 months while they assembled all the garden structures that were all brought over from China. It is also supposed to be the most authentic Chinese garden outside of China.
I think what I loved so much about the garden was not just the plantings, but what the plants, buildings and natural materials represented. 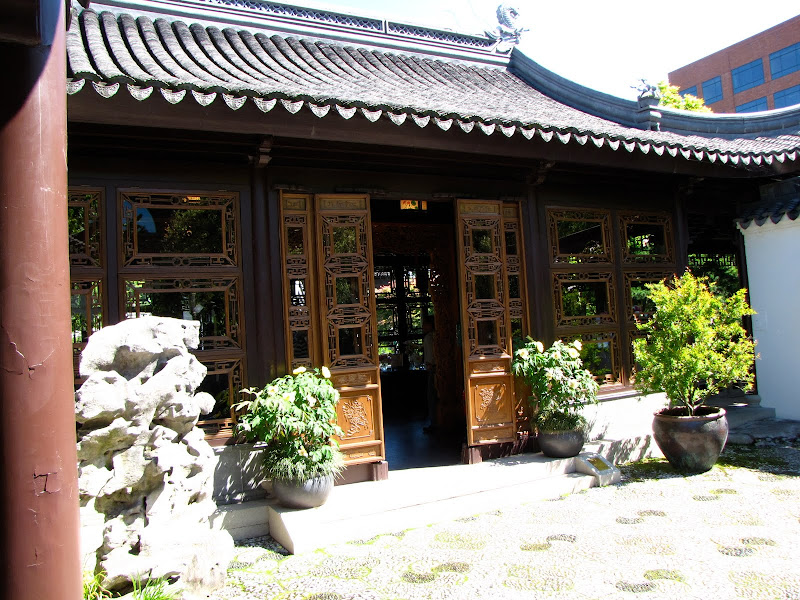 The Hall of Brocade Clouds 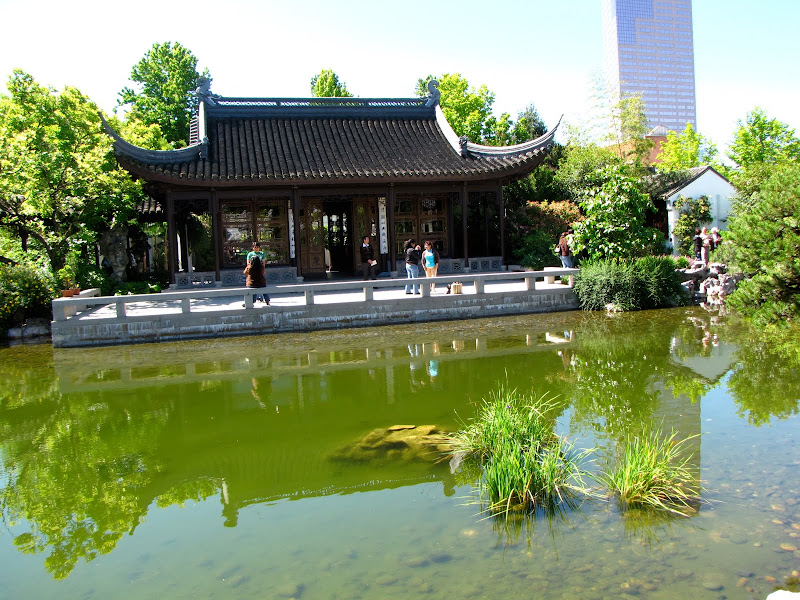 The other side of the hall from across the pond. The hall was filled with bouquets of Peonies. Some of the largest and prettiest I've ever seen. 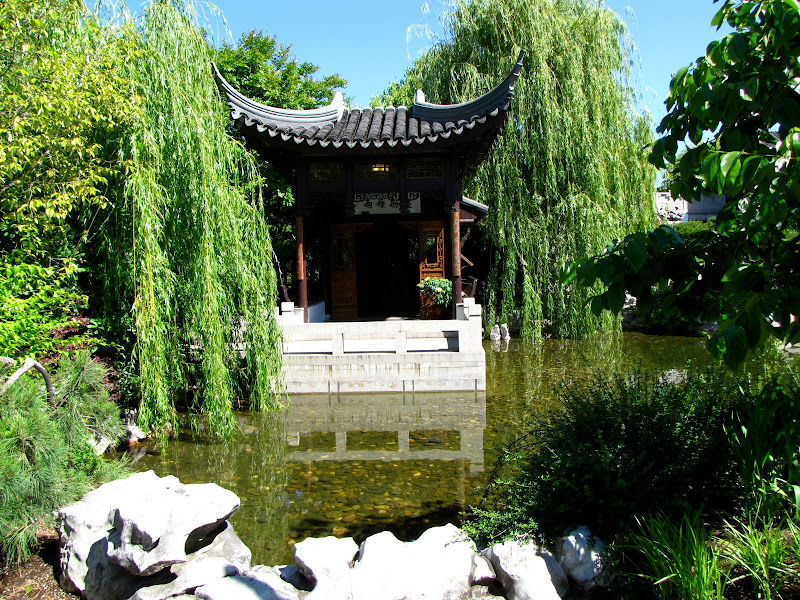 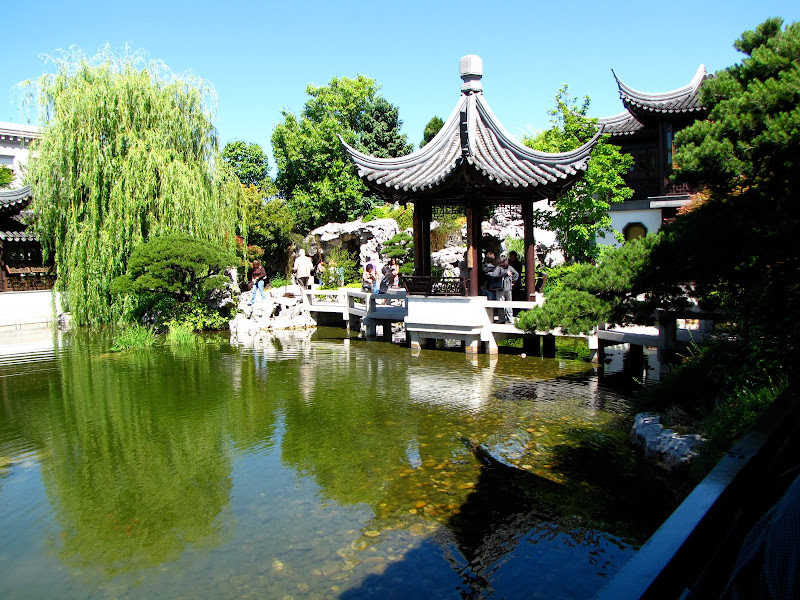 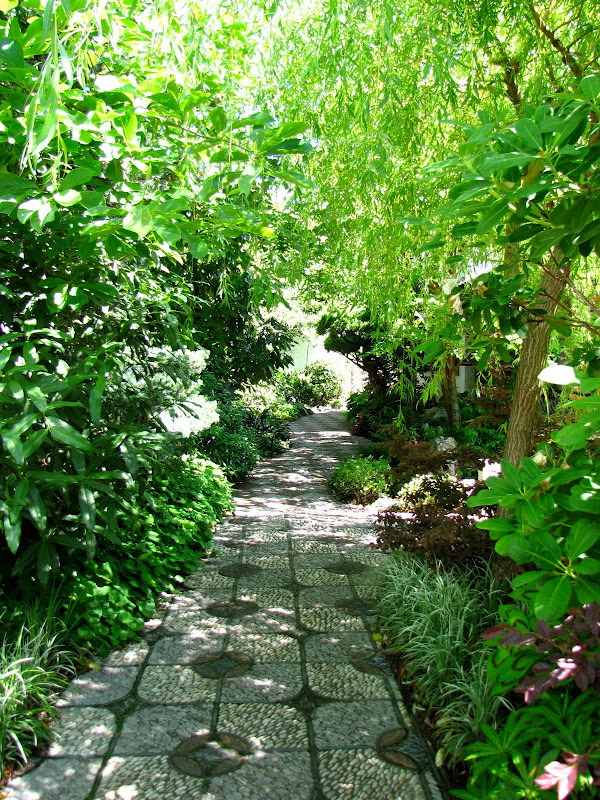 One of the many paths that led you to other pavilions. 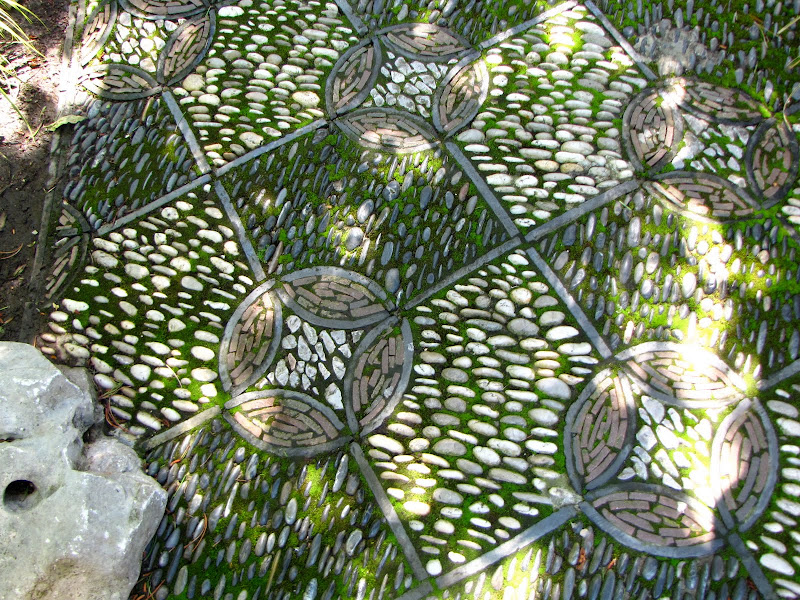 I loved the inlaid pebbles with moss growing on them. 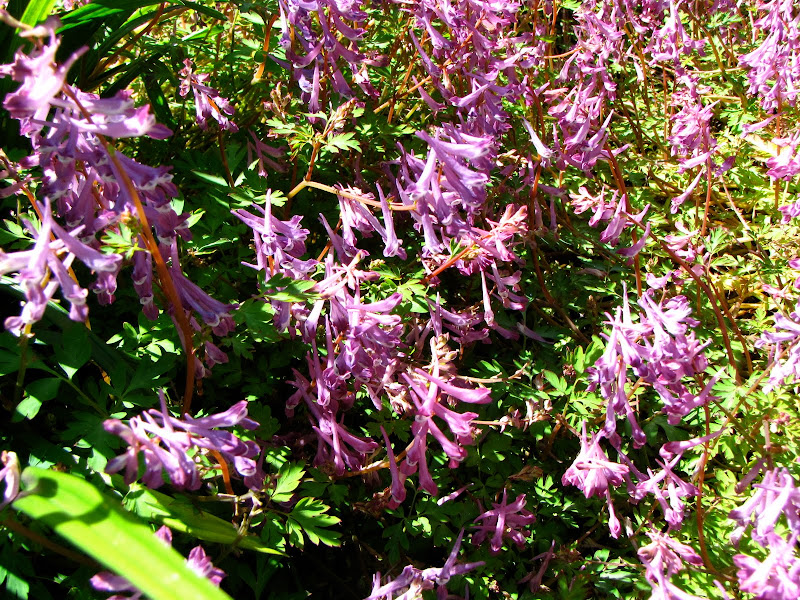 There was one area that had everyone stopping in their tracks to find the origin of a most delicious scent. I finally got down on my hands and knees to discover it was coming from what I think is Corydalis . I had no idea they had such a nice fragrance. 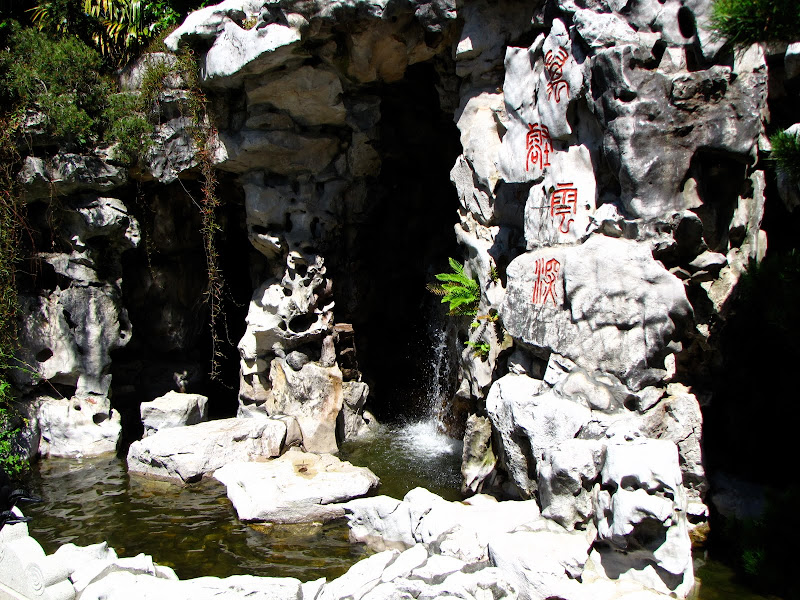 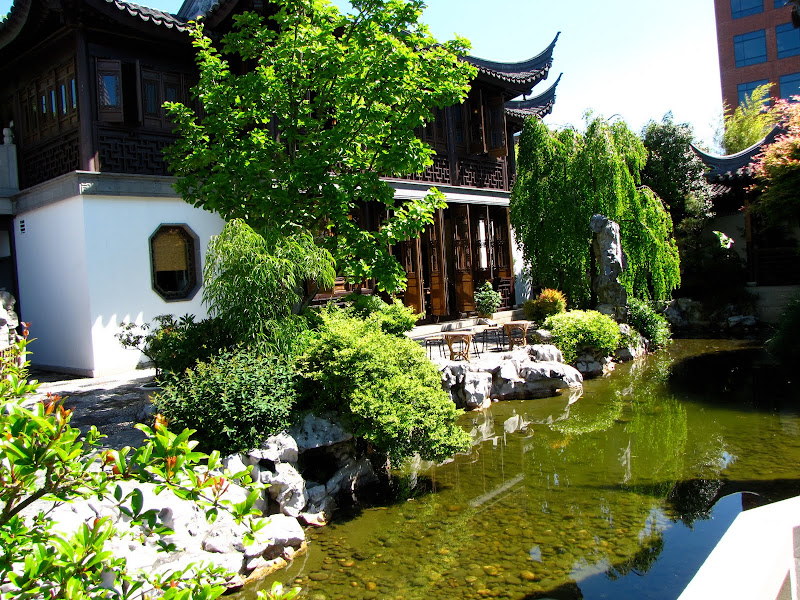 The teahouse where you could sit and enjoy tea while viewing the garden. 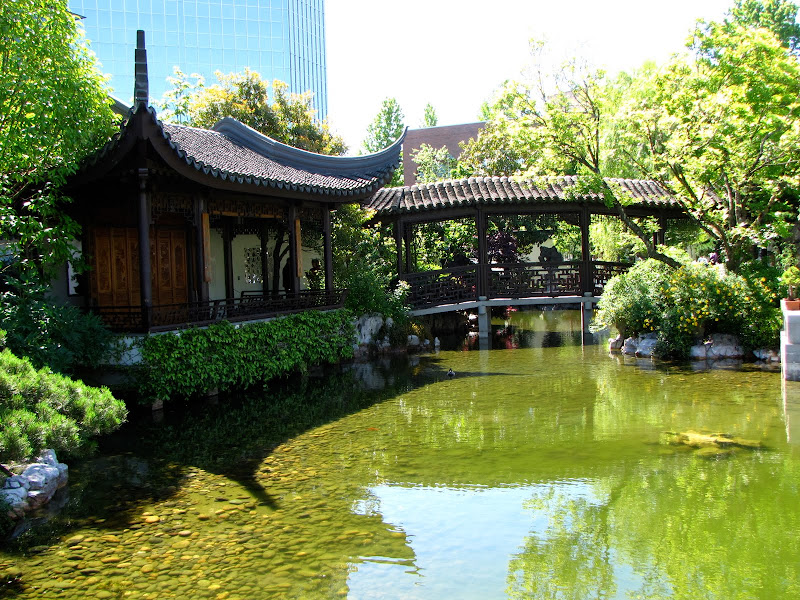 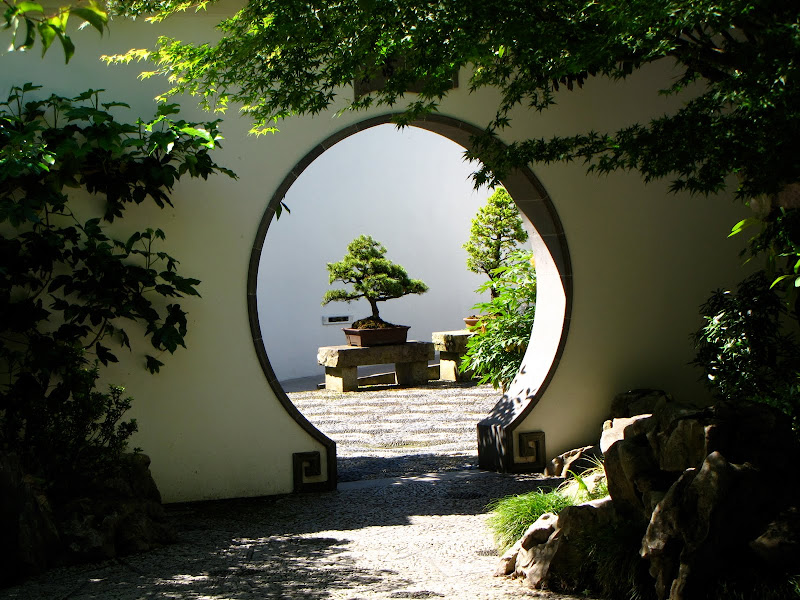 There were beautifully shaped doorways throughout the garden. 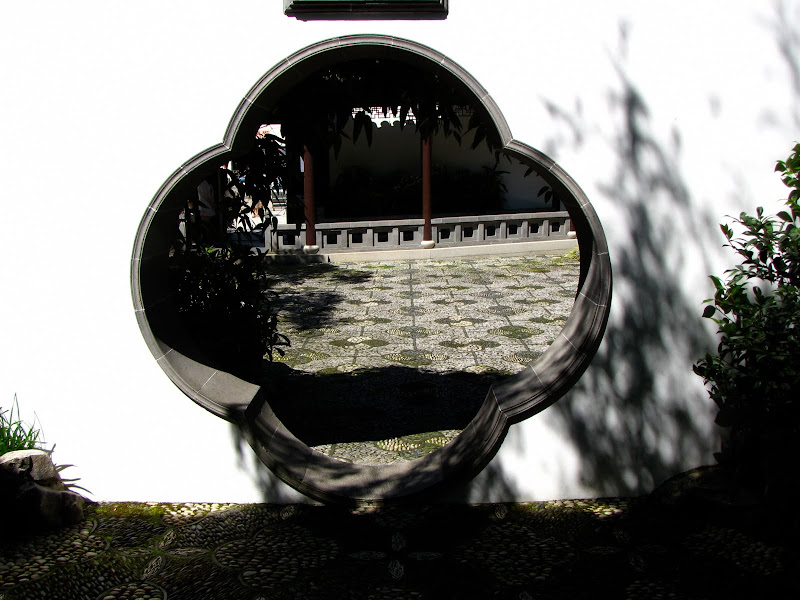 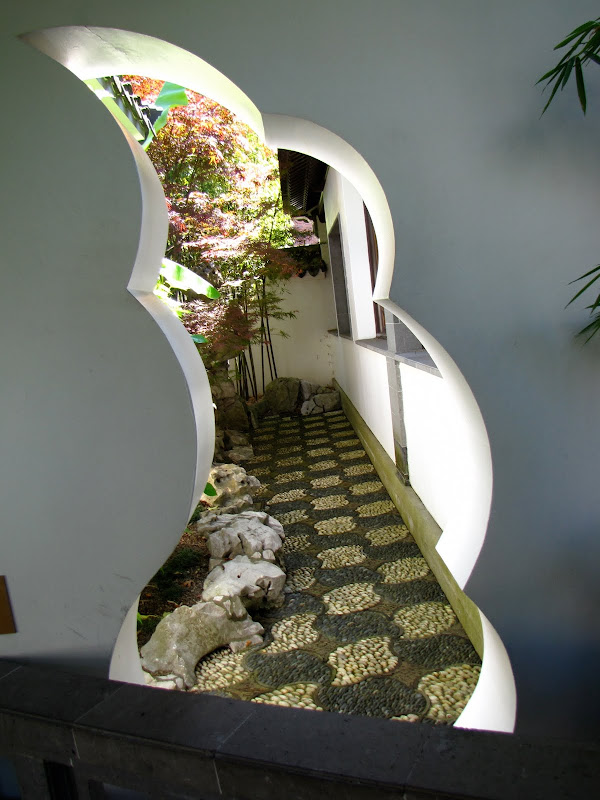 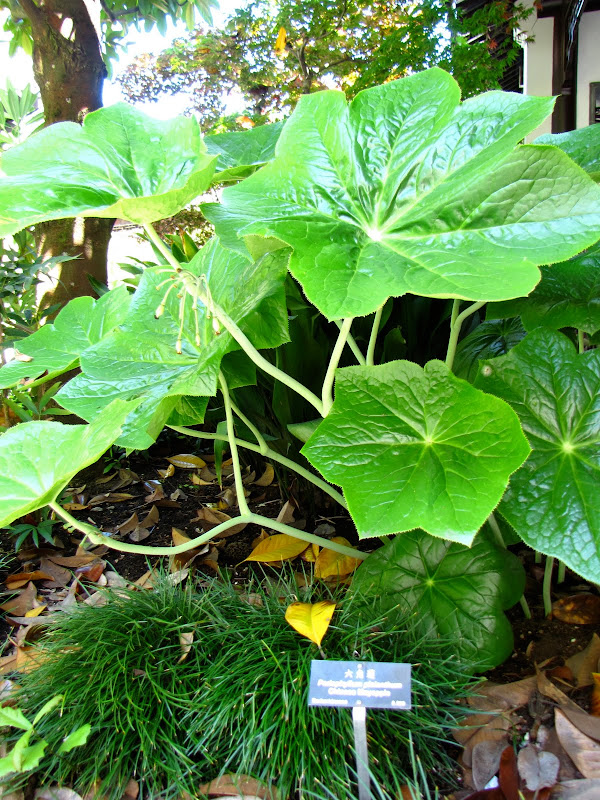 Chinese Mayapples. I've only seen pictures of Mayapples on blogs, and got the impression they were rather small plants. This plant was very large. 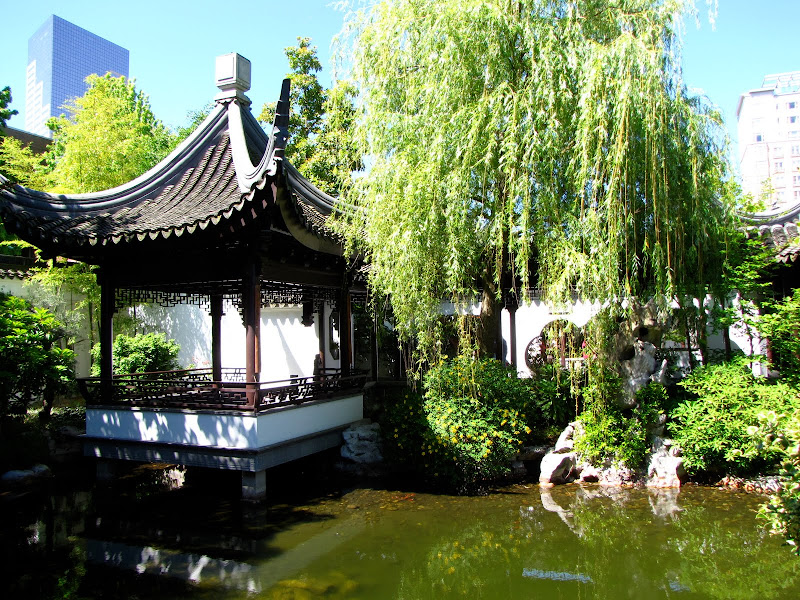 Painted Boat in Misty Rain is supposed to represent the boat of friendship. 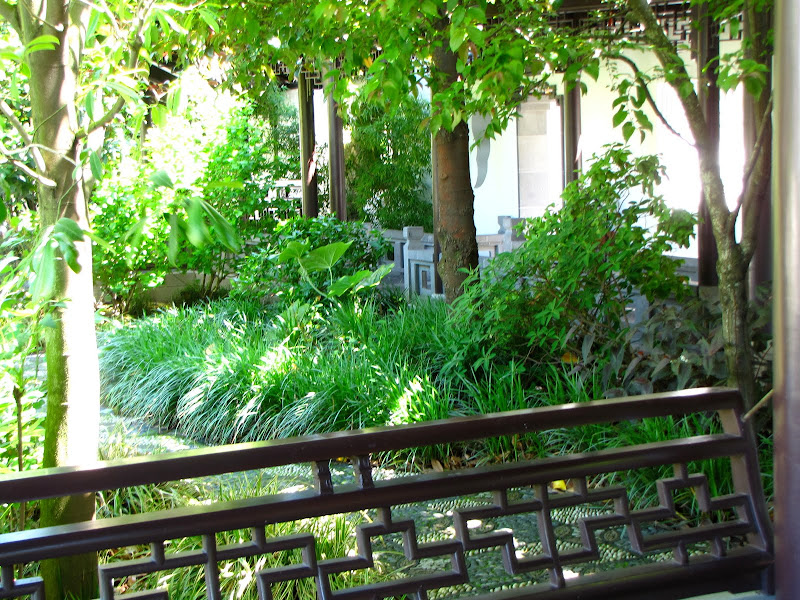 I found that other than a few Peonies and the Corydalis there wasn't much blooming. The shapes and textures of the leaves even impressed my husband. 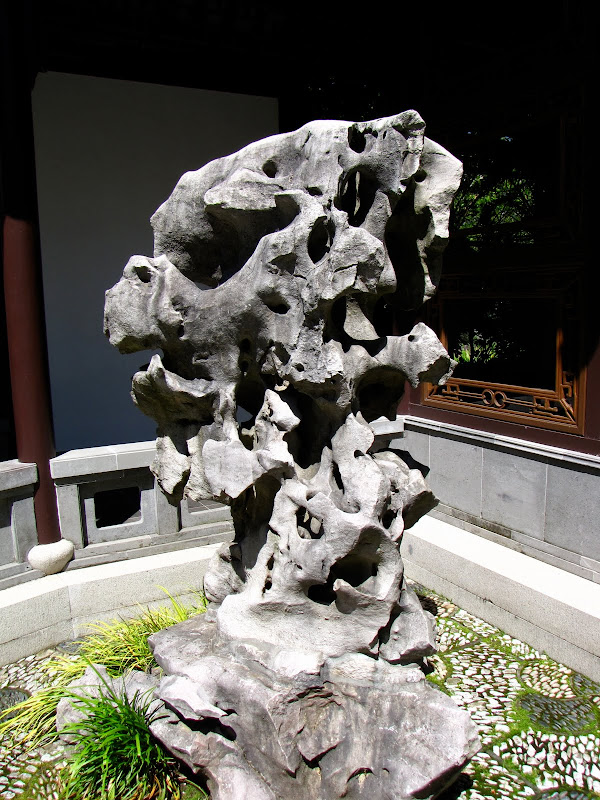 The were several of these large rocks displayed. They are Lake Tai rocks which are formed underwater, the flow of water is what creates their shapes.
The Chinese garden was definitely a really nice place to visit, very relaxing and peaceful there. We were lucky to have had one of Portland's first sunny days in a long time to visit on. The next day the rain was back, just as it is in Seattle.