After the recent rains and lack of time I've been able to spend outside lately, today felt like I was entering a jungle when I went to the backyard to work.  You literally could not walk down the pathway for the first half of it.  The geraniums had grown so tall and then flopped over after some wind and rain a couple of days ago.  Today I was I able to cut a path through and cut back some of the plants that are finished.  I'm surprised at what is still blooming now, mostly because so much of it was later than usual.
I also haven't posted too many recent pictures of what I've got blooming outside lately, so I thought I would catch up on that too. 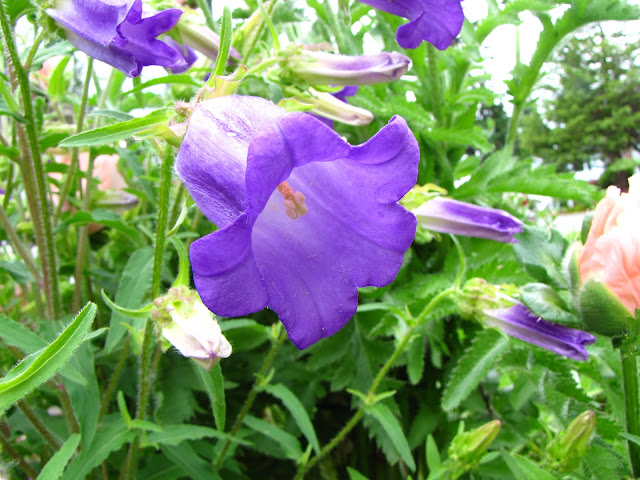 Still loving the Canterbury Bells.  Many had fallen over in the backyard so I cut them and made a bouquet in one of my old watering cans. 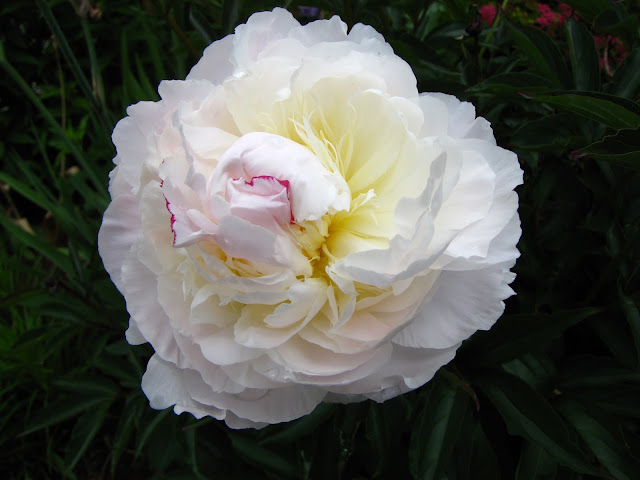 Peony 'Festiva Maxima' which survived the winter move is now blooming.  The flowers are smaller than usual, but so glad it is blooming at all. 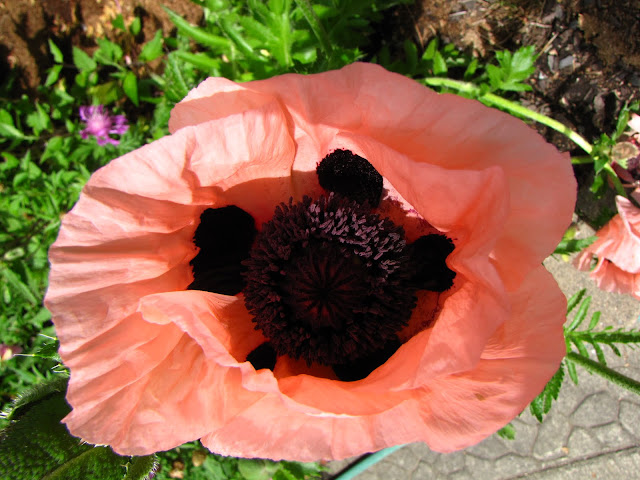 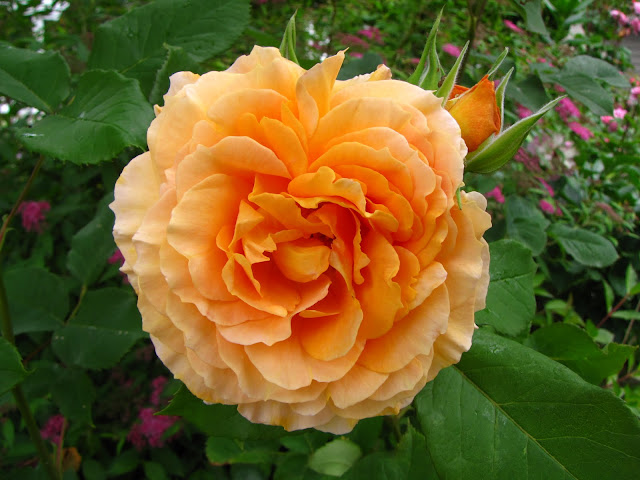 Rose 'Honey Perfume' has more flowers than ever this year. 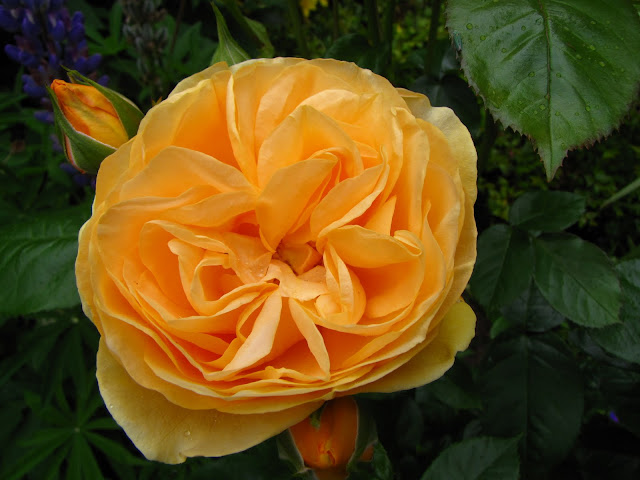 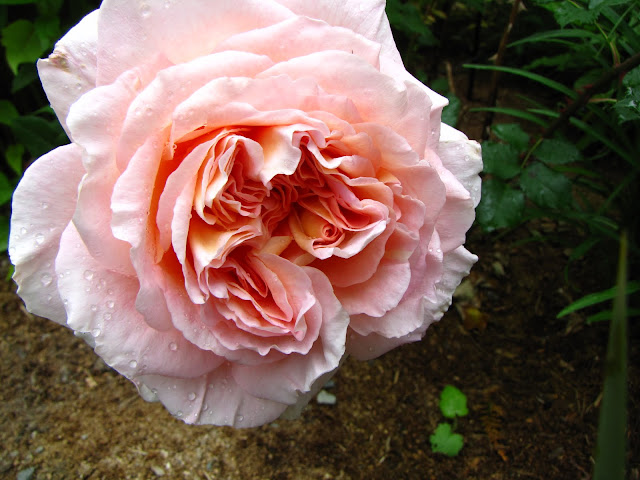 Rose 'Abraham Darby' almost didn't make it this year.  It came up from the graft so the stems are much weaker and can barely hold the flowers off the ground. 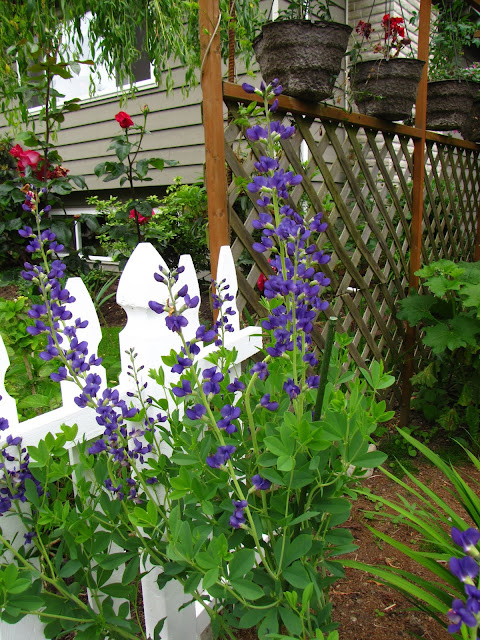 Baptisia blooming with the neighbors roses. 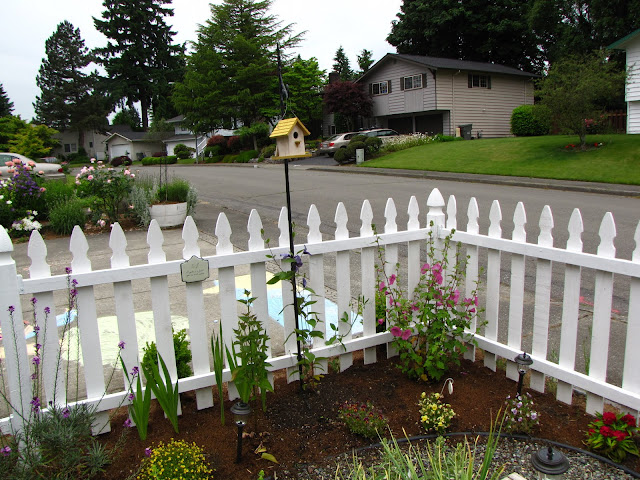 The little corner garden in the front yard.  Lavatera has started blooming in the corner. 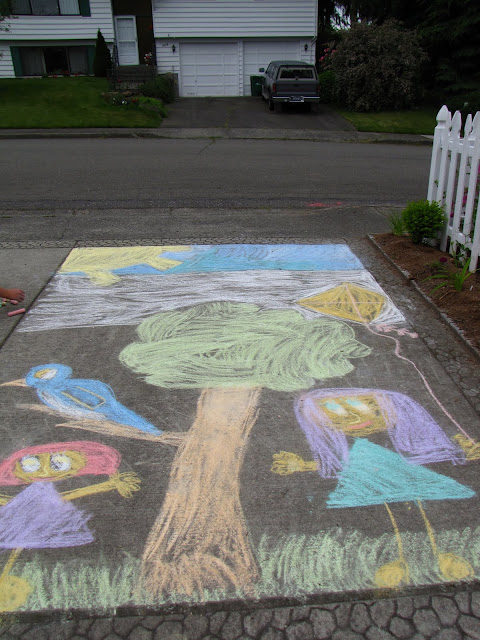 I know some people have already seen this, but I wanted to share what my daughters were doing when I was out taking pictures and watering the other day. 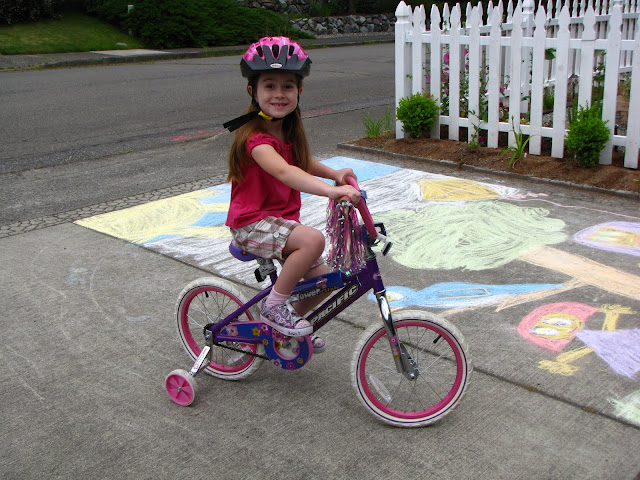 The Littlest Gardener learned something new this summer.  She's learned how to ride a bike with training wheels which has been very exciting for her.

I'm doing my best to catch up and visit everyone's blogs.  I've had a little time here and there, but time at the computer is rare during the summer with the girls home.  Hope everyone is enjoying their summer so far.
All words and photos in this post are property of A Gardener in Progress.