The Pond in August.

First I wanted to thank everyone who stopped by to comment on my last post.  We went on a vacation to Southern California about a week ago and the sun and the beach were relaxing and made me excited to get back in the garden again.  I did love seeing the gardens there and was surprised at how many plants I recognized after seeing them on many blogs that I follow.   I took quite a few pictures at the Mission San Juan Capistrano and will share them on another post.
When we returned home the temperature was up in the 90's so it was a little hot to garden, but while I watered I saw how things were doing and realized that a weed that used to appear in one area of my yard seems to be taking over everywhere.  After doing some research I found that it's called Oxalis corniculata.  My Mom told me to try plain old vinegar on it.  Has anyone tried this?
I also realized I hadn't taken any pictures of the pond this month and thought I share them in this post. 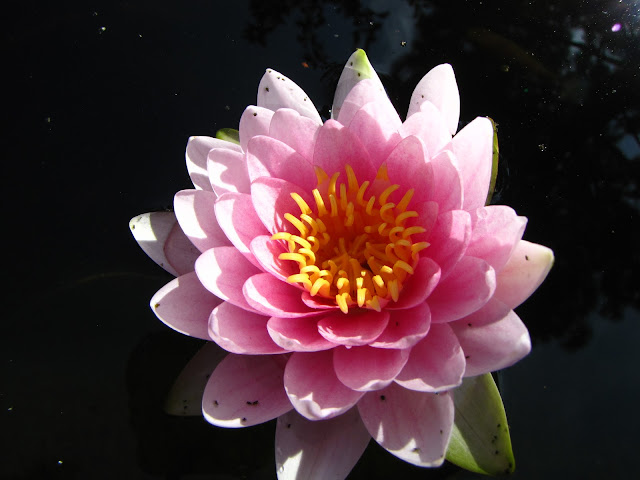 Water Lily 'Charles de Meurville' has it's first bloom of the year!  The water lilies have really been slow this year and I'm beginning to think they may be done for the season already. 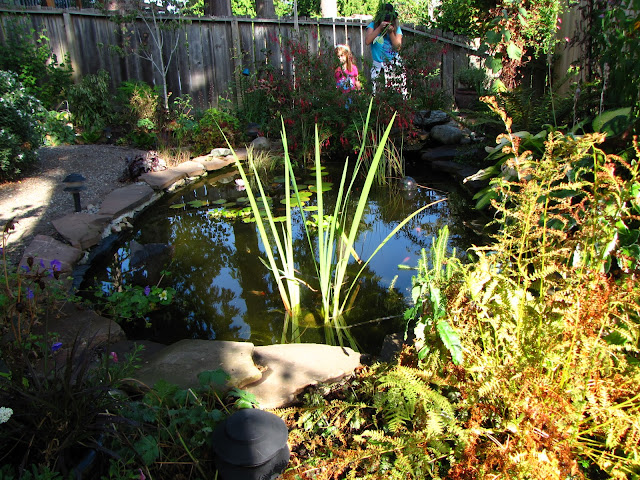 The girls were playing behind the pond while I watered.  Sweet Pea made them crowns of ferns and Hosta leaves to wear. 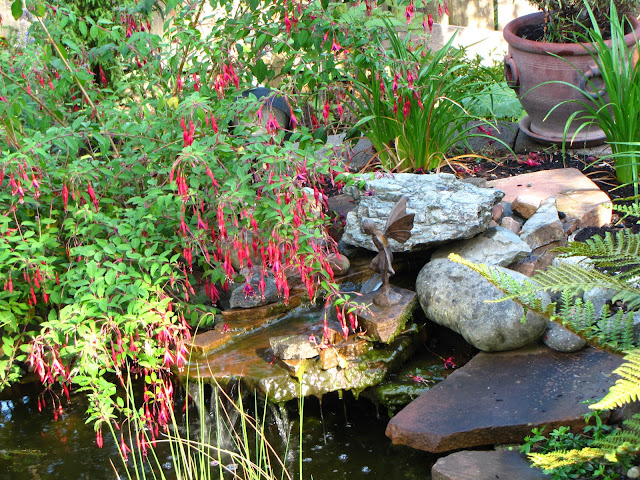 Fuchsia magellanica is blooming like crazy and has spread up towards the waterfall. 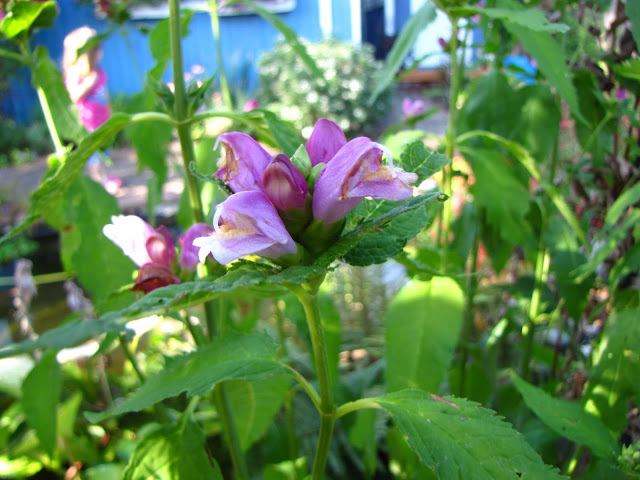 Turtlehead (Chelone) is a little past it's prime, but I thought I'd take some pictures anyway. 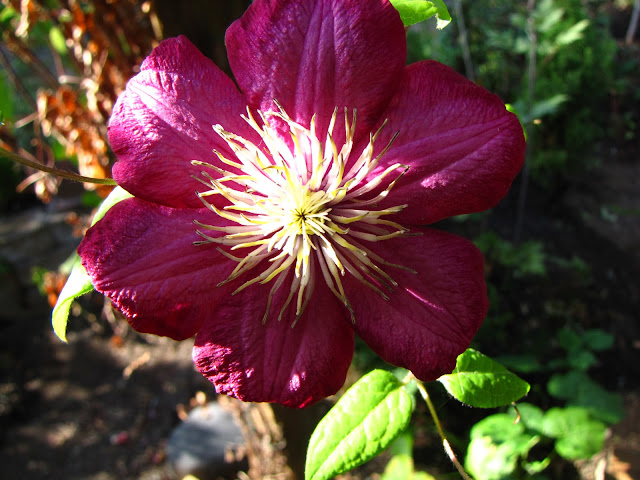 Clematis 'Ville de Lyon' is still blooming, although the flowers are much smaller. 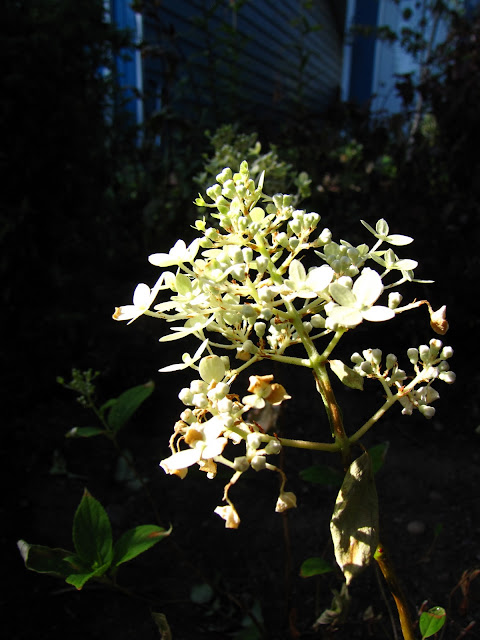 Hydrangea 'Limelight' was added right before we went away and dried out a bit, but it looks like it'll be fine. 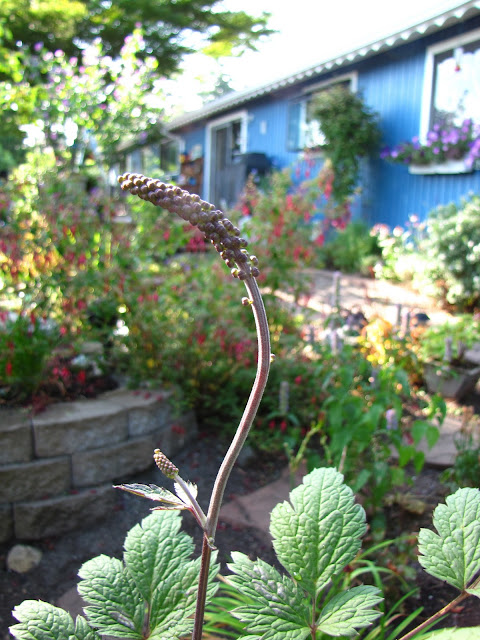 Bugbane (Actaea racemosa) was moved again earlier this year and seems to like it's new spot behind the pond. 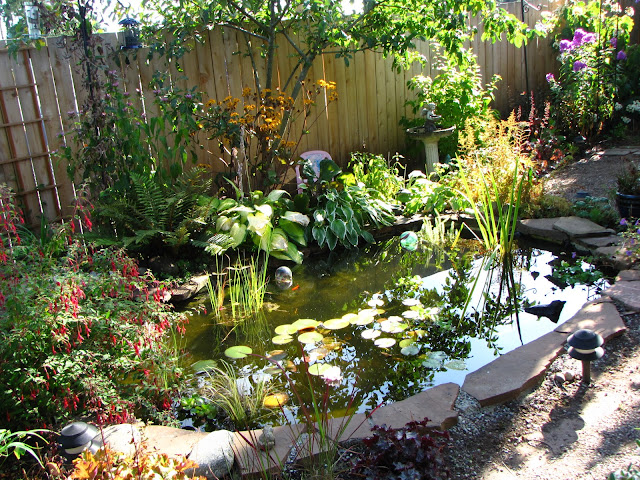 This view is similar to the one at the bottom of my blog.  I did a lot changing since then.  The flowers that were here before didn't bloom until the end of summer leaving not much of interest the rest of the year.  I'm hoping the Japanese Blood Grass will keep filling in between the Heucheras.
I'm hoping to get out and do some cleanup on the front yard this weekend and am looking forward to going plant shopping soon.