Another week has flown by and it's hard to believe it's already Friday again. The last couple of days we've had some crazy weather. It started off beautiful this week, but as the week progressed we've had some heavy rain showers and quite a bit of wind. Some of the plants got a bit beat up between the rain and wind. I'm just waiting for a nice quiet day to get out and do some work now. 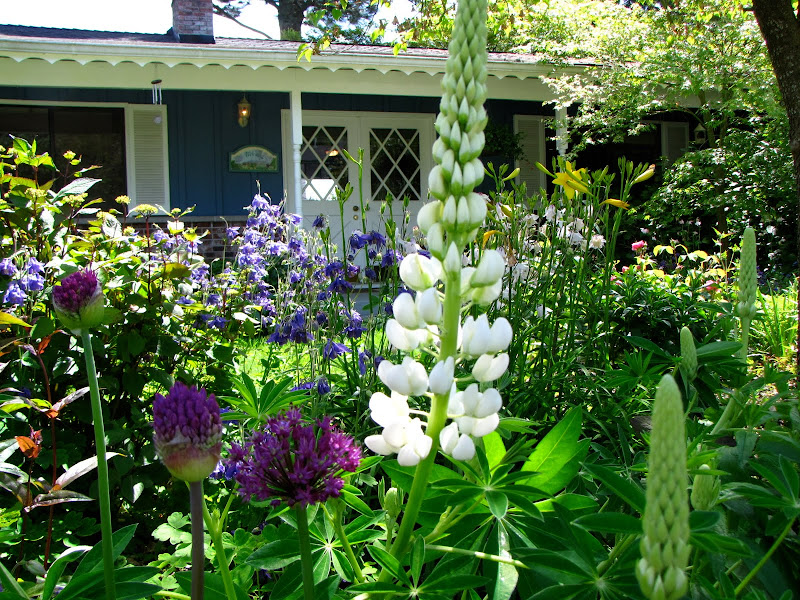 In the front yard the white Lupine is blooming with more Allium 'Purple Sensation' as well as daylilies and lots of Columbines. 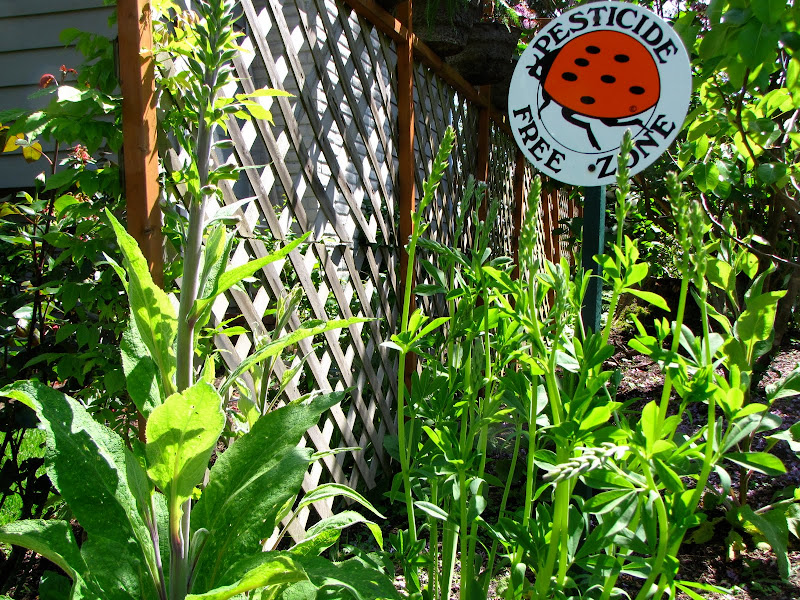 Foxgloves are really close to blooming now and I'm excited to see just how many there will be. I've found lots of little seedlings which I'm leaving so they can bloom next year. Baptisia is on it's third year here, and it has begun to leap. 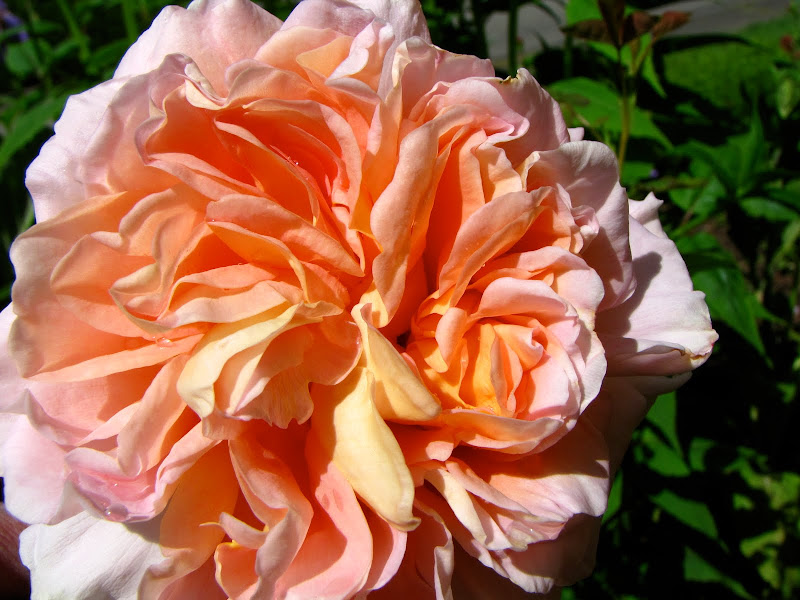 I showed rose 'Abraham Darby' just opening a couple of days ago and now it's in full bloom. There are many buds coming too. 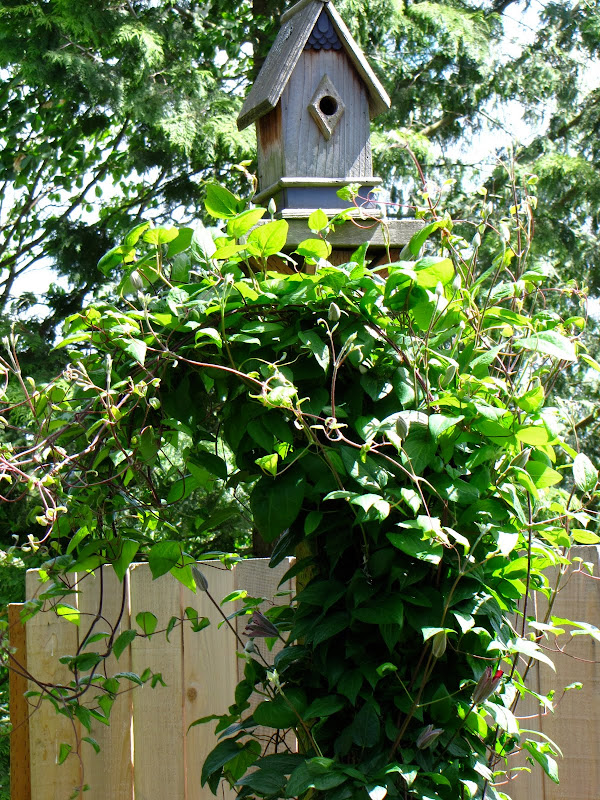 The birdhouse behind the pond has Clematis 'Ville de Lyon' going crazy on it. This is one of my favorite and easiest Clematis. I had tried to tie it up a little, but the wind really blew it around. The Chickadees are busy flying in and out feeding their babies so I'll fix it when they have moved out. 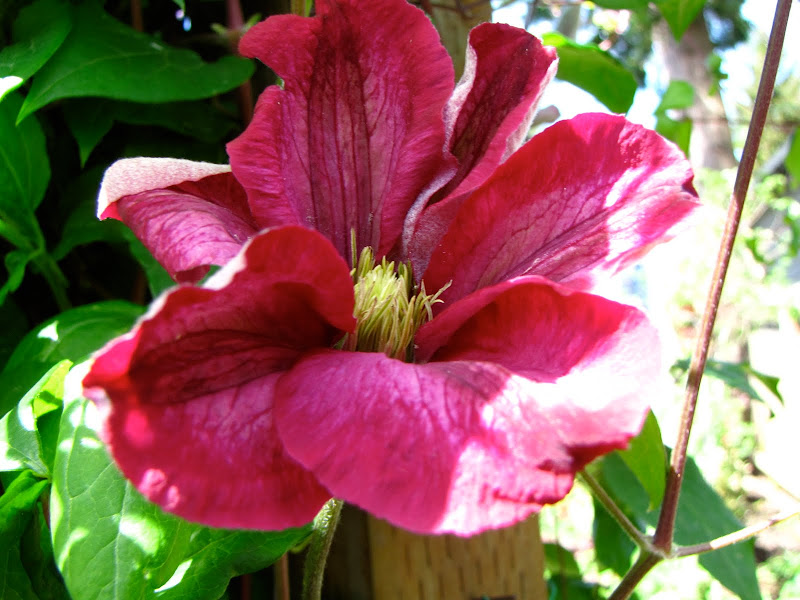 'Ville de Lyon' will open more, but I was so surprised and happy to see them starting to bloom I had to take some pictures. 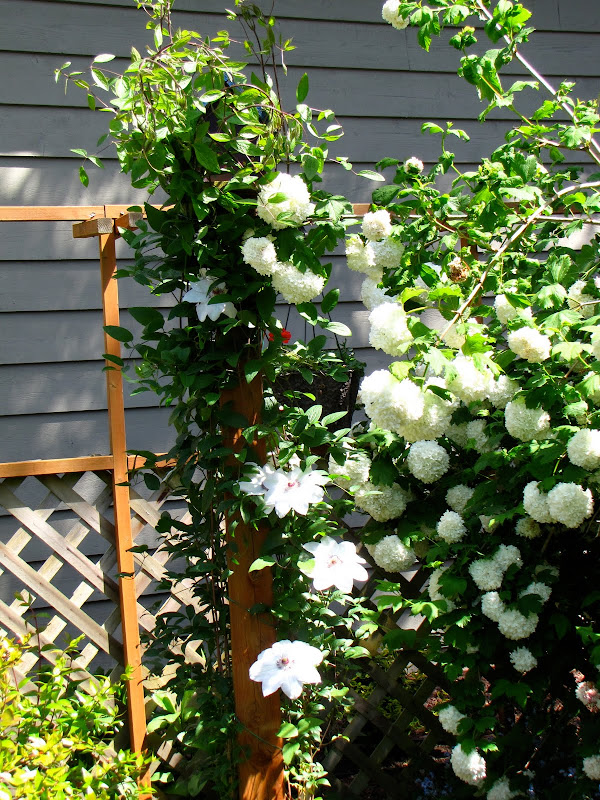 Clematis 'Miss Bateman' is blooming great too. Clematis 'Alionushka' is the other vine growing and it was also blown over by the wind. I spent part of yesterday going around and tying plants up. The Snowball bush (Viburnum opulus) is so loaded with flowers that they are bending to the ground. I've cut quite a few to bring inside. 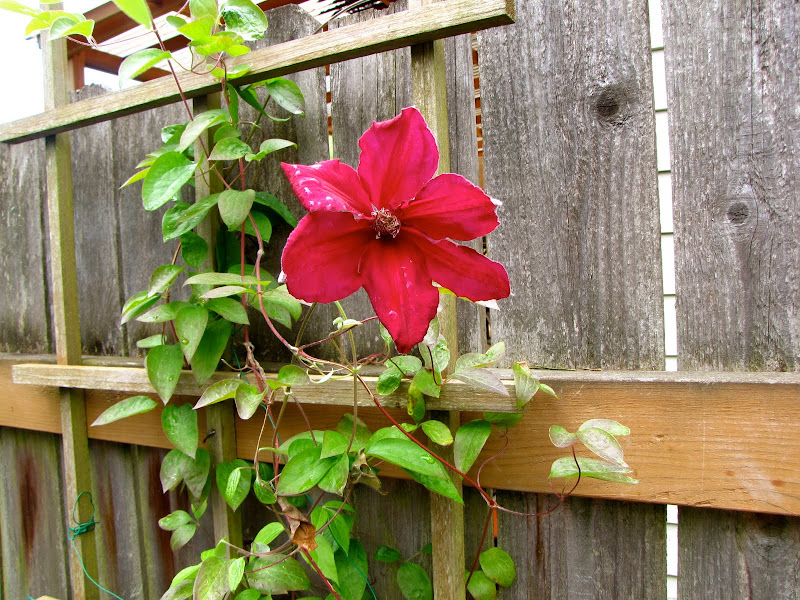 Another Clematis 'Crimson King' was doing great. This picture was taken a few days ago, but after the wind beat it up the flowers and quite a bit of the vine are very droopy, I think some stems may have been broken. 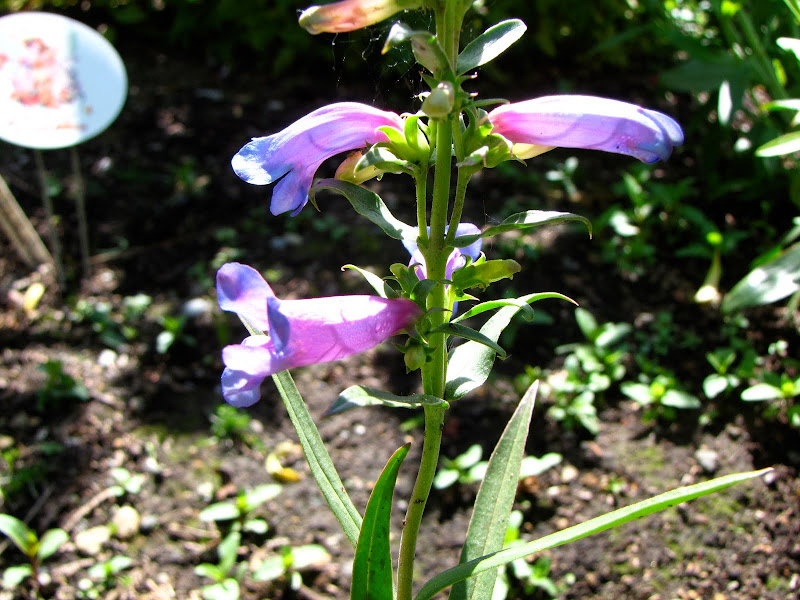 Penstemon heterophyllus 'Electric Blue' is a new one that I just planted. It's just started to bloom, maybe it liked the wind. 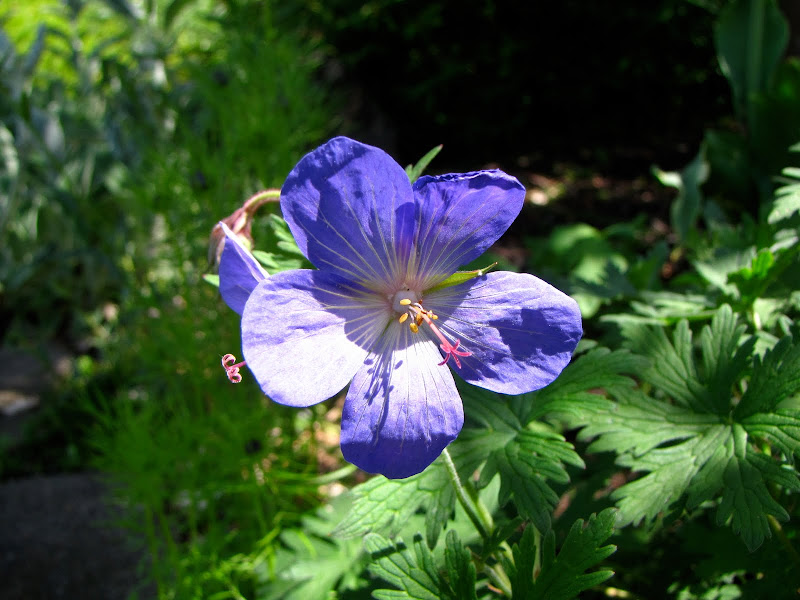 Geranium 'Johnson's Blue' was moved to a sunnier place and already looks much less leggy than it did in the previous spot.

I appreciate all the comments and am doing my best to get around to visit everyone. It has been very busy around here with little time to get on the computer let alone get in the garden. After this weekend things should start quieting down, and I'm sure looking forward to that.
To see who else is "flaunting their flowers" visit Tootsie at Tootsie Time who hosts Fertilizer Friday each week.