Yes, it's true, I love my garden. Even though there have been times that I've had my heart broken by plants up and dying or having someone or something step on a newly emerging plant, like an Oriental Lily that I was patiently waiting to see bloom. It's caused me physical pain when I've had to dig through clay soil and work to get roots or grass up, and then needed anti-inflammatories and hot showers so that I could stand upright again. But for the heart break and pain I've felt from the garden I keep going back for more.
The reason: because it also gives me a place to enjoy flowers, birds and butterflies in those same areas that caused my muscles to ache for days after enlarging flower beds. It's where I can watch my girls play and use their imagination in the same place we carried in load after load of heavy paving stones and wheelbarrows full of soil. A place to think about things while I weed or prune. A place to watch my plants that were once a foot tall when I planted them in that hard, root filled ground, suddenly become giant flowering shrubs that are feet taller than me many years later. These are just some of the reasons I love my garden. I know most gardeners feel the same about there's as well. For all the pain it can give us, the return in pleasure it brings is almost endless.

Even on another rainy day in February it has given me: 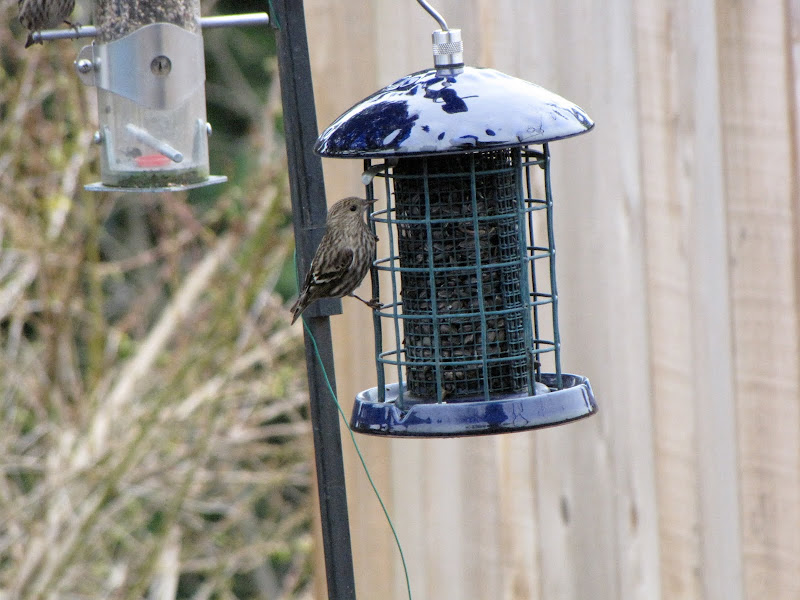 Birds coming to be counted. The Pine Siskins made their first appearance of the year during the Bird count this weekend. 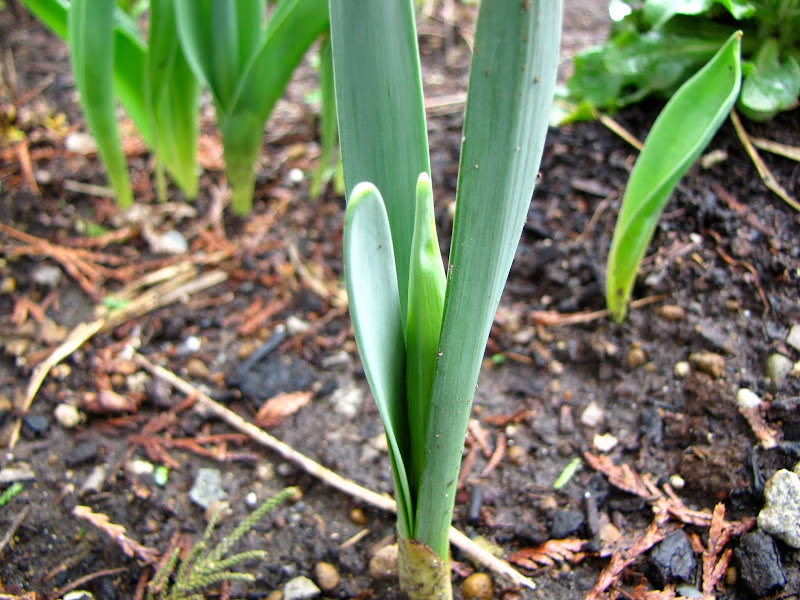 Finding that the Daffodils do have flower buds this year. This might not seem like a big deal to some, but I've had terrible luck getting flowers from them. Do other people peer in between the foliage looking for buds or is it just me? ☺ 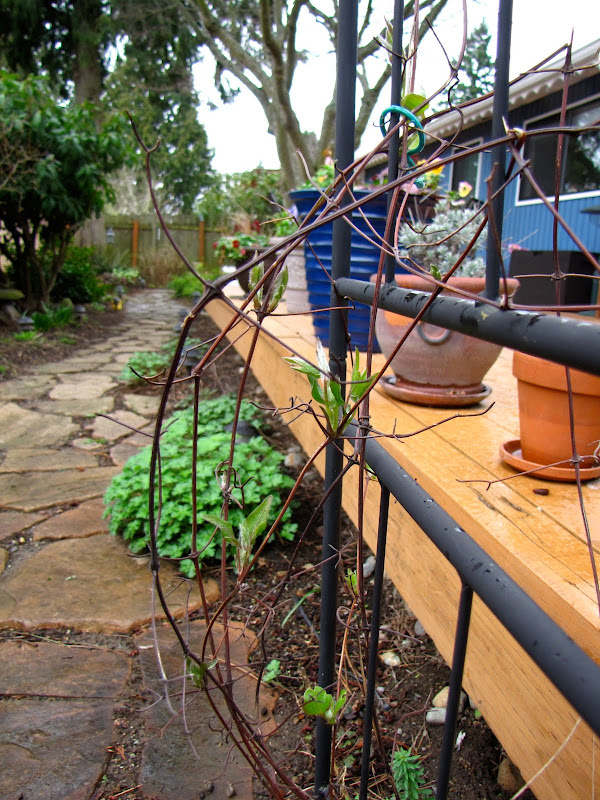 Plants that I transplanted at the worst time of year still growing and actually look better than ever. Clematis 'Nelly Moser' never usually looks very good for me, the reason I moved it was to give it a chance in a new spot, looks like it likes it's new home. 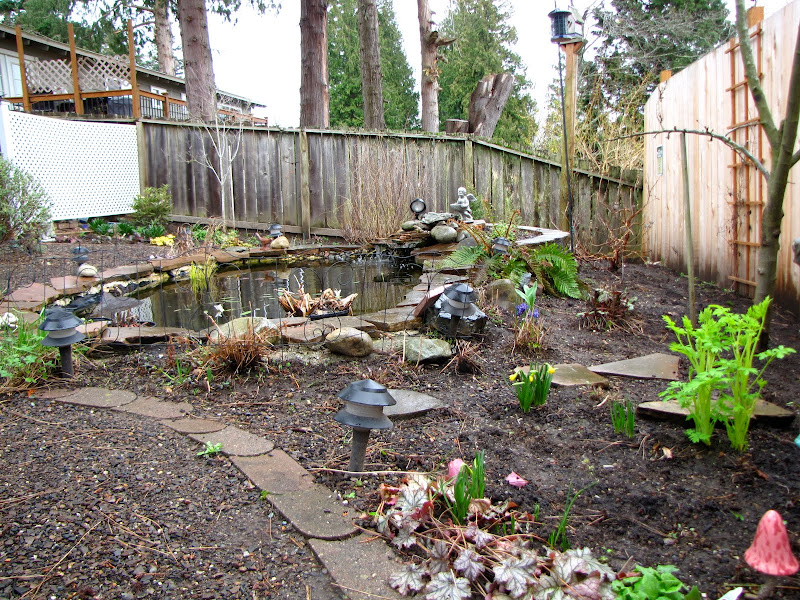 The pond garden makes me happy all year, but right now with the iris reticulatas and Tete-a-tetes daffodils blooming I love it even more. 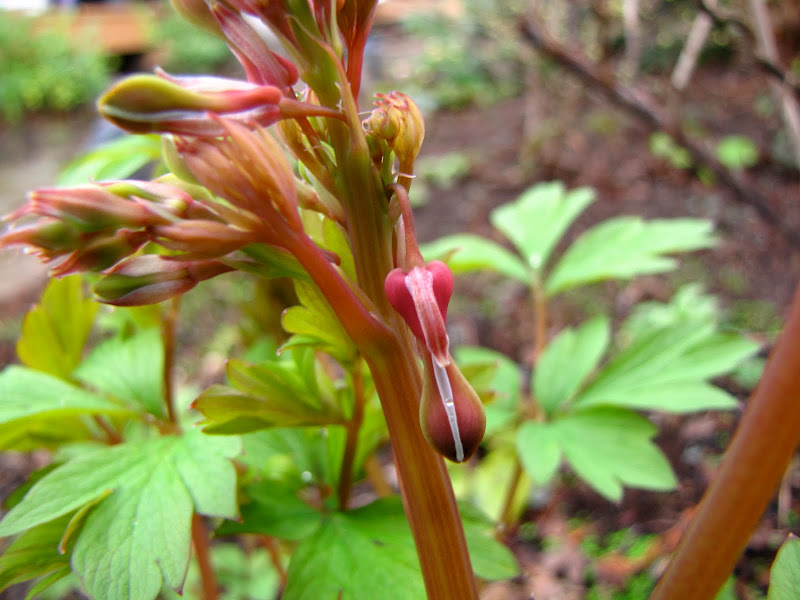 Surprise blooms. Last year on Valentine's Day the Bleeding Hearts (Dicentra spectabilis) were just barely poking through the ground, this year it's almost in bloom.

Posted by Catherine@AGardenerinProgress at 8:08 AM
Labels: Pine Siskin