This is one of the first Fridays I've been able to take my pictures in the morning instead of trying to plan ahead the day before.  That's because the sun is still out and the skies are still blue.  It's been up in the 90's the last couple of days and today is supposed to hit at least 90 again.  Most of the plants don't seem to be phased by the heat.  A few Hydrangeas have looked a bit wilted by the afternoon, but with a little extra water they've bounced back by the morning.  I finally saw a Swallowtail Butterfly in our yard yesterday.  It flew right to me and I almost thought it would land on me.  The Dragonflies are also back with three swooping across our front yard all evening, all signs of Summer to me. 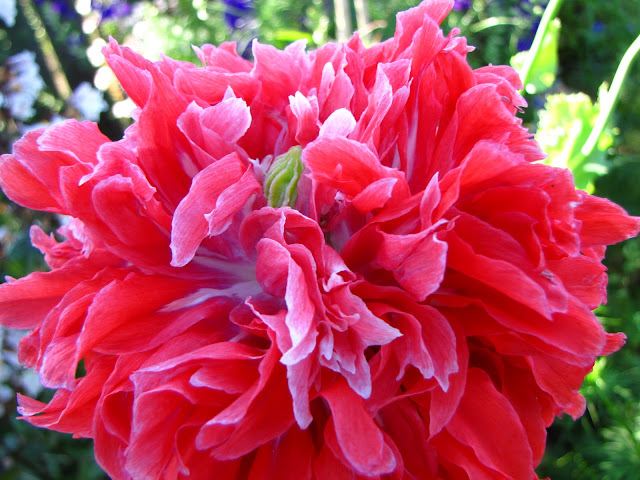 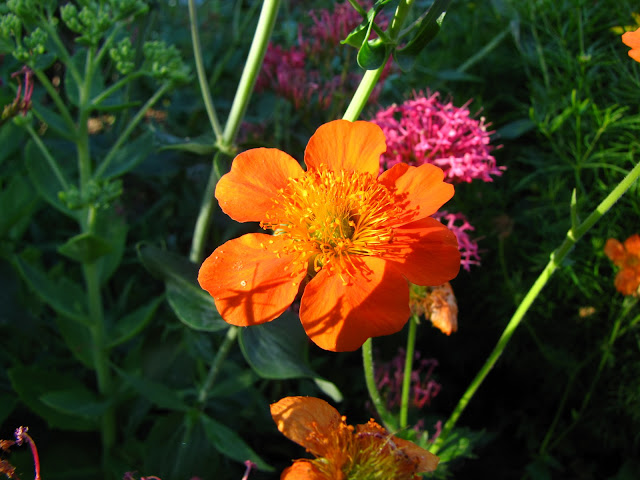 Geum is still blooming alongside the Red Valerian (Centranthus ruber). 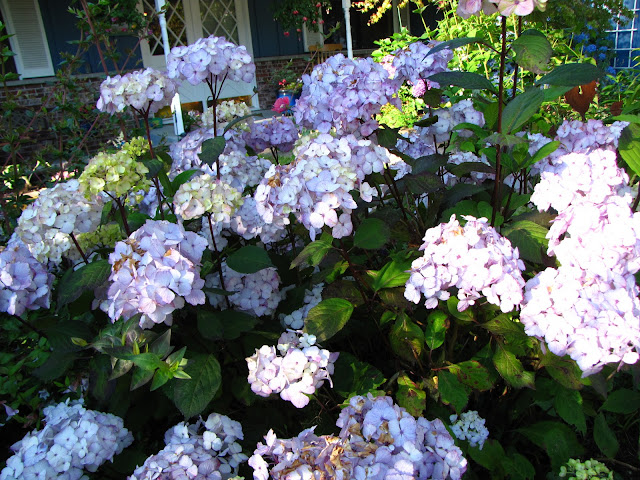 Hydangea 'Preziosa' has some damaged flowers from the sun, I'm trying to keep this watered because one thing I love so much about this Hydrangea are how the flowers change as they age. 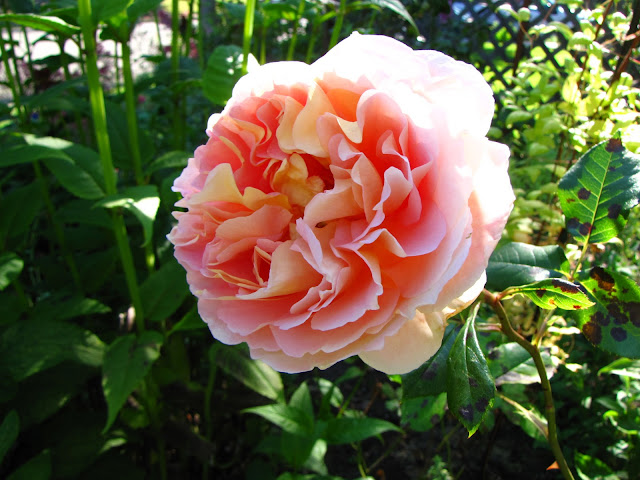 Rose 'Abraham Darby' is on it's second round of flowers.  The blackspot seems to be getting a little better. 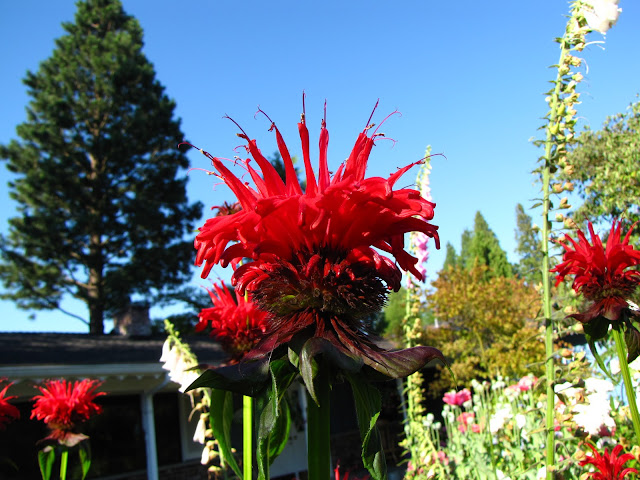 The Hummingbirds have discovered Monarda 'Jacob Cline' already.  As I went out to take a picture of one last night the battery on the camera died.  Guess we've all had that happen a few times. 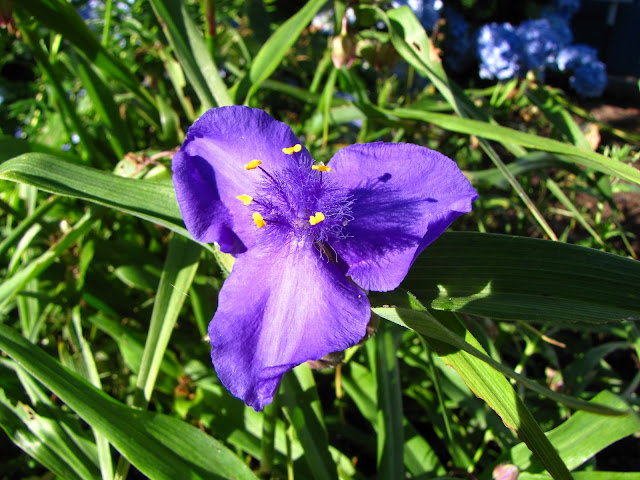 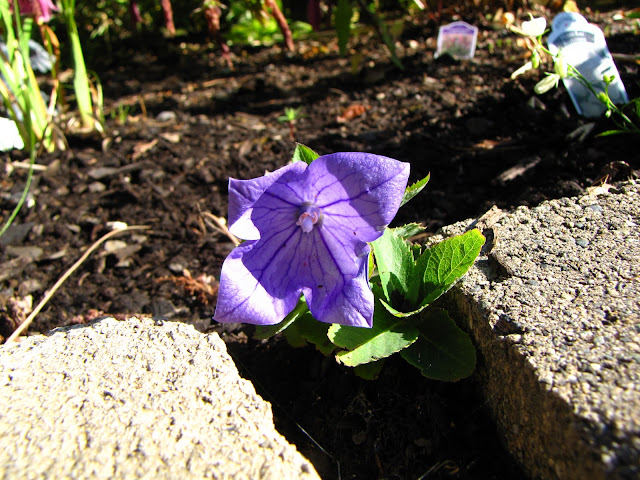 A very tiny Balloon Flower.  I don't have much luck with these growing very big, they bloom but the plant stays tiny. 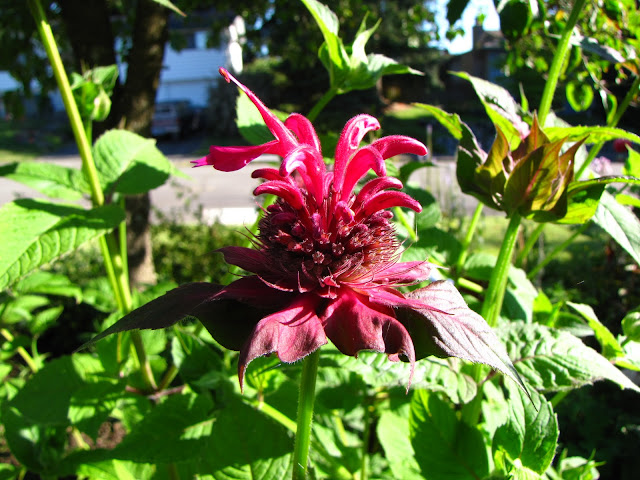 Monarda 'Blue Stocking' has just started to bloom.  This was new last year and I haven't seen it bloom before. 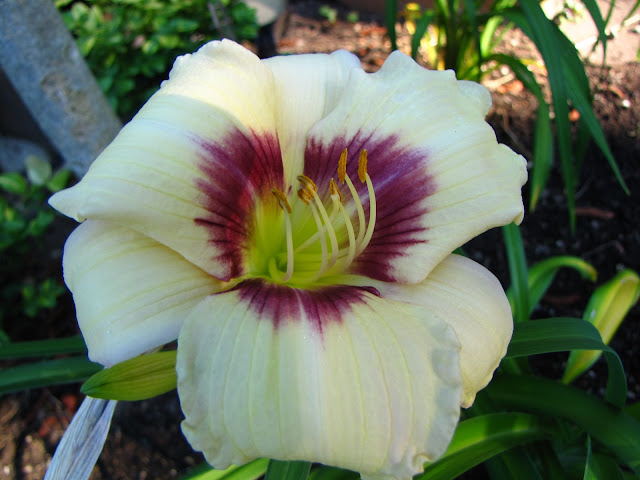 One of the new Daylilies 'Pandora's Box' started to bloom.  Now maybe that it's getting so hot the slugs won't be as bad and leave the rest of the flowers alone. 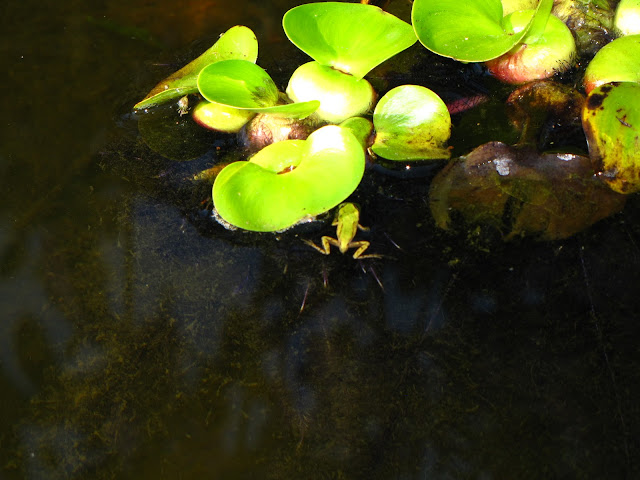 While out a few days ago we found a small puddle with tadpoles in it.  With all of the hot weather I was pretty sure that puddle would dry up in a day or two.  Sweet Pea rescued a few tadpoles and put them in our pond.  She wanted to keep one in her room for a few days to watch it develop into a frog.  On her own she did some research and figured out that it was a Pacific treefrog.  She made it a nice little home with pond water, and a stone and a small twig to climb on.  He kept crawling up the side  of the fish bowl and even though there was a lid on she found him in the middle of her bedroom this morning.  So we decided the pond was the best place for him to finish developing.  It immediately  swam to the Water Hyacinth and stayed there.
To see who else is "flaunting their flowers" this Fertilizer Friday visit Tootsie Time.