Well I thought after my last post that it had been awhile between posts, but I think it was even longer in between this time.  This last summer, fall and winter have been pretty tough and quite busy making the blog absolutely last on the list of things to be able to do.  I had mentioned in some recent posts that my Dad had been sick with melanoma and sadly he passed away in September.  That was and has been very hard for my mom and sisters and the rest of our family.
Sweet Pea started high school (high school here starts in 10th grade) and the Littlest Gardener is now in first grade!!  Sweet Pea had a very busy season of playing both school soccer and rec soccer and the Littlest Gardener also played soccer and I coached her team.  Then Sweet Pea started driver's ed!  It's hard to believe she is old enough to drive now!
Three weeks ago I started the WSU extension Master Gardener program.  It has been so fun and I can't believe how much we learn each class.  The speakers have been so interesting and it is great being in a room with 80 something other people that love gardening as much as I do.
Our winter has been pretty mild (I better knock on wood).  We had a week of very cold weather and a light dusting of snow, but otherwise it hasn't been bad at all.
As soon as Christmas was over I couldn't wait to try and find some time to get outside and work in the garden.  It is so therapeutic and I always hope that everyone has found their own form of therapy to take their mind off things.  Whether it's baking or sewing or quilting or crafting or running or doing yoga.  I think it's so important to have something to do during hard times. 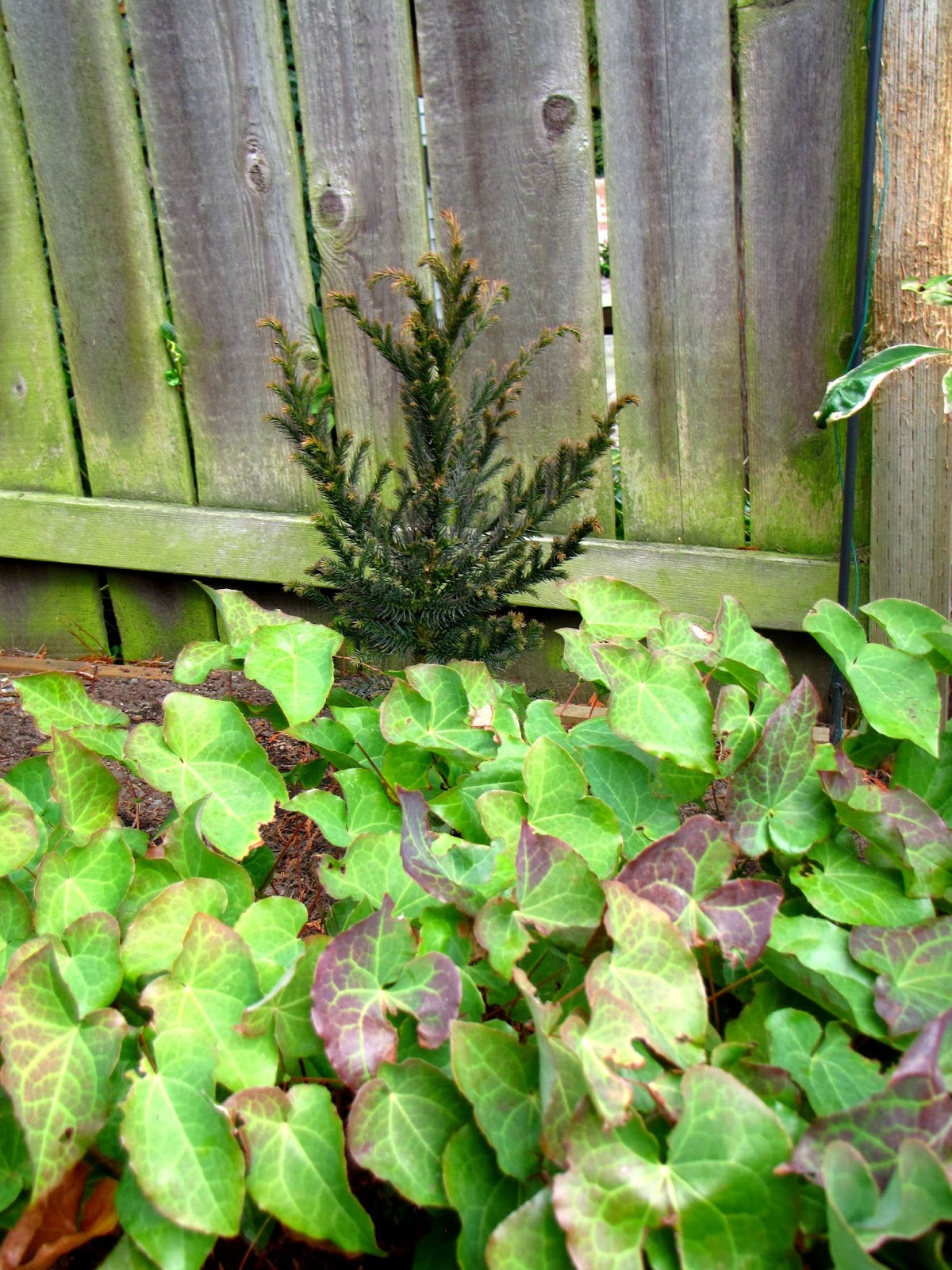 The flowering currant I was concerned might have died from the lack of water and care last summer did die.  But, of course I've already replaced it with this Cryptomeria 'Black Dragon'.  I think it will actually look better than the currant did in this spot. 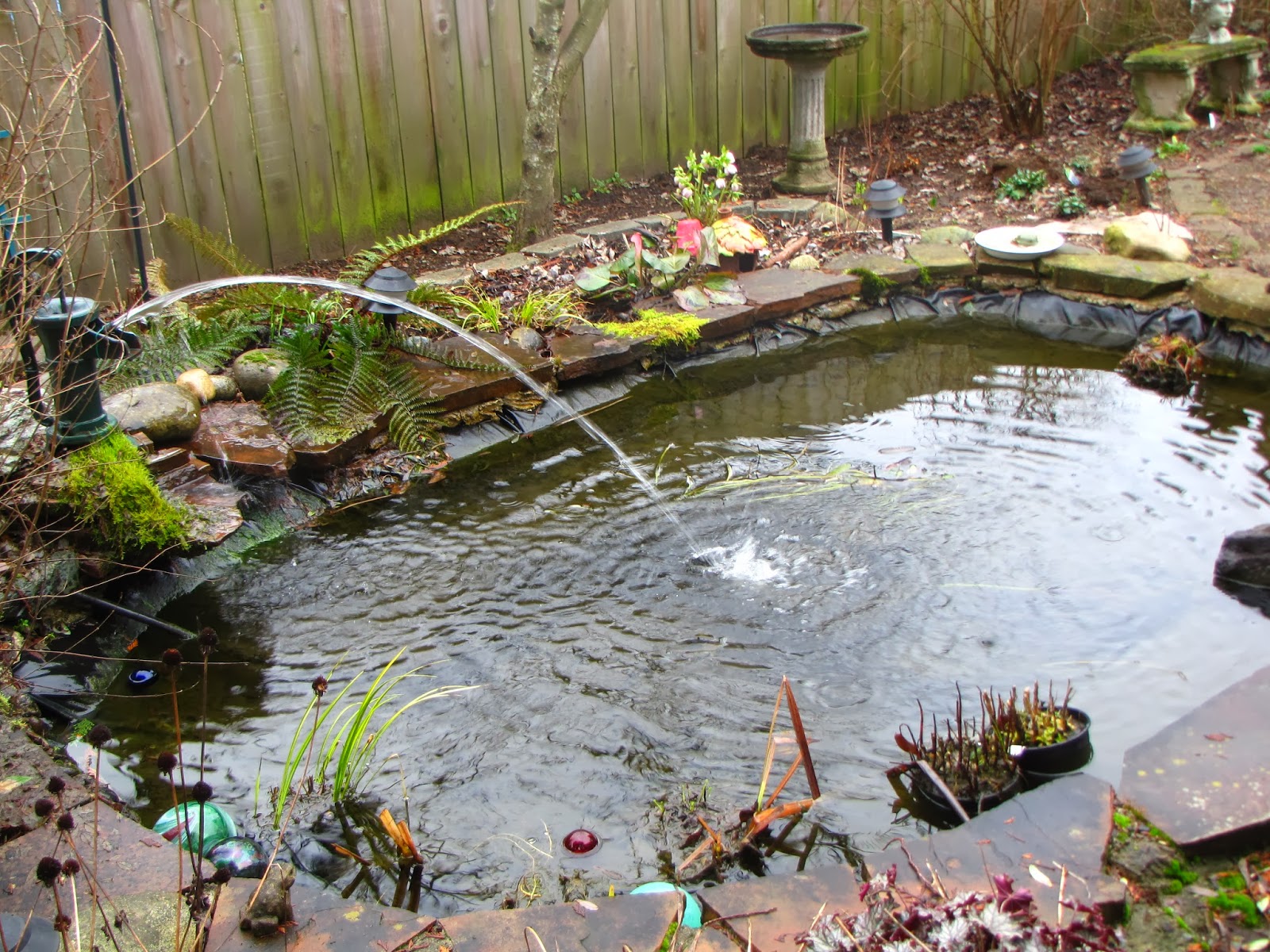 During the freeze the pond froze so much that the pump quit working and I was really worried that both the pump and all the fish would be dead.  Luckily the pump still works and we only lost one fish. 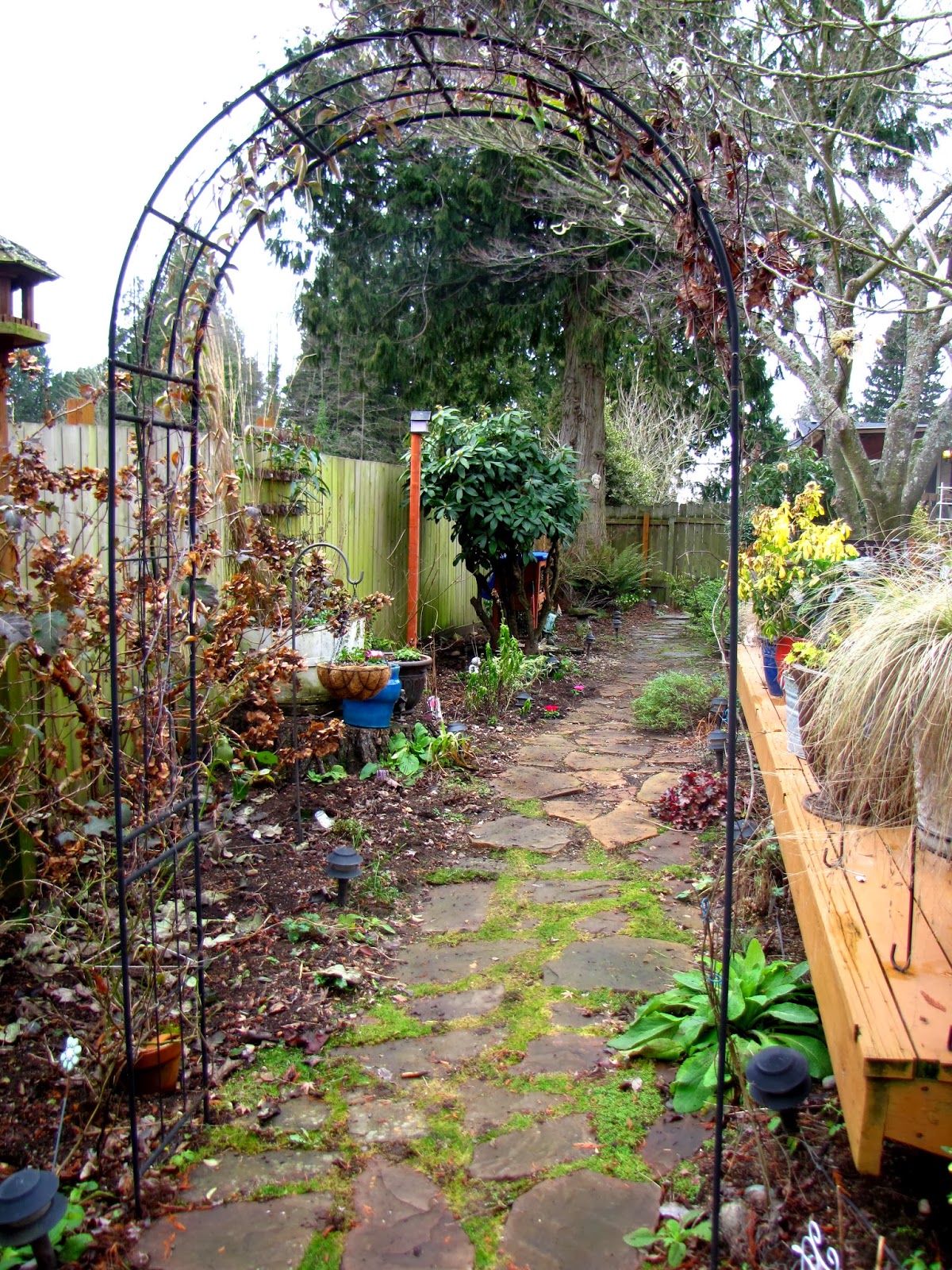 The rabbit hutch was moved to the other side of the rhododendron and that meant open planting space!! 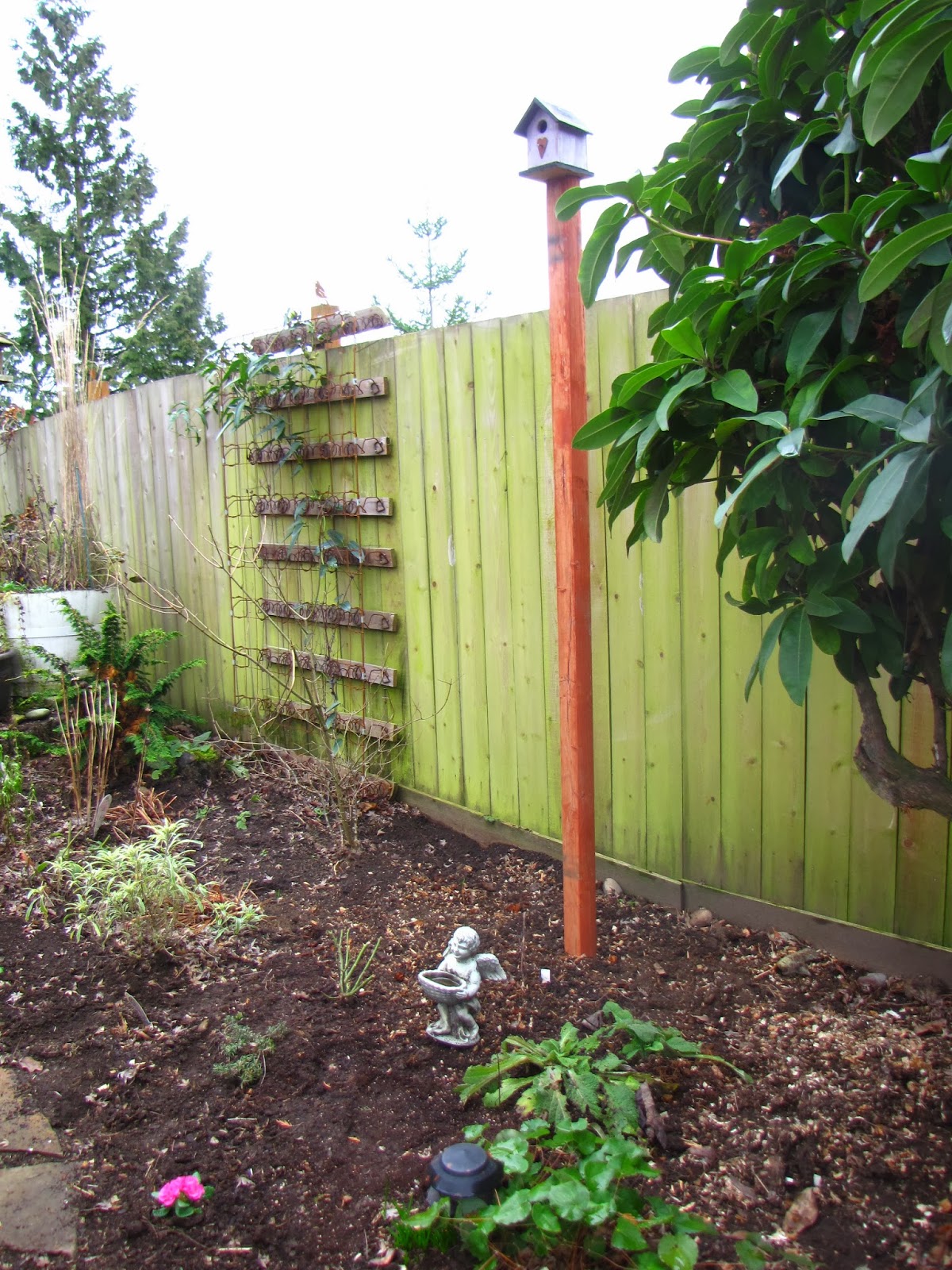 I put up another birdhouse and planted a rose called 'Gruss An Aachen'.  It is supposedly the first floribunda, bred in 1909.  I'm hoping it really is as pretty as it looks on the tag!  It's also supposed to do pretty well in shade. 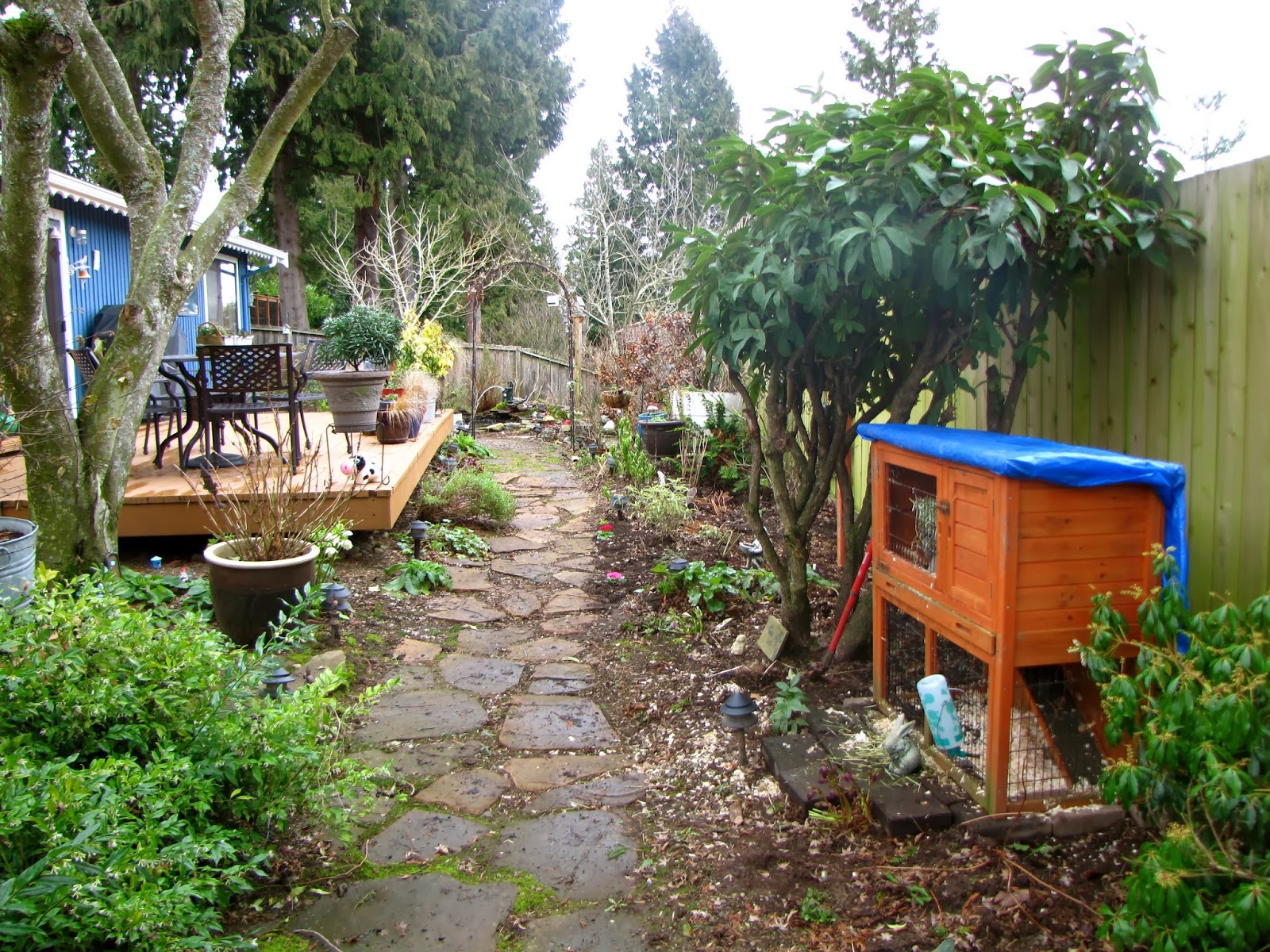 A look back down the path.  The Sarcococcas on the left have such a great scent!  It is so worth planting one of these for something that smells and looks good in winter. 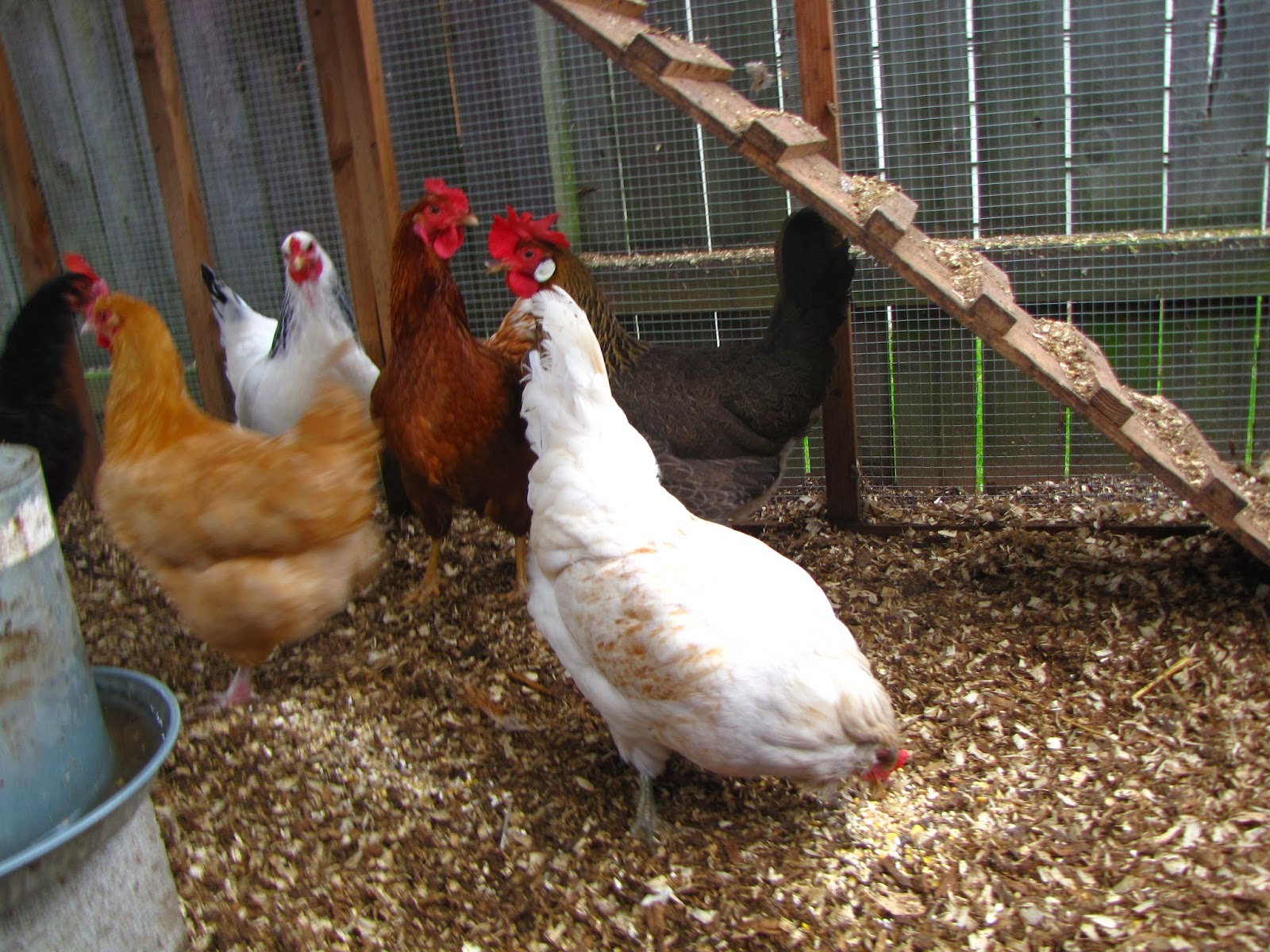 The chickens have been laying all winter and we have been keeping my mom and neighbors stocked on eggs! 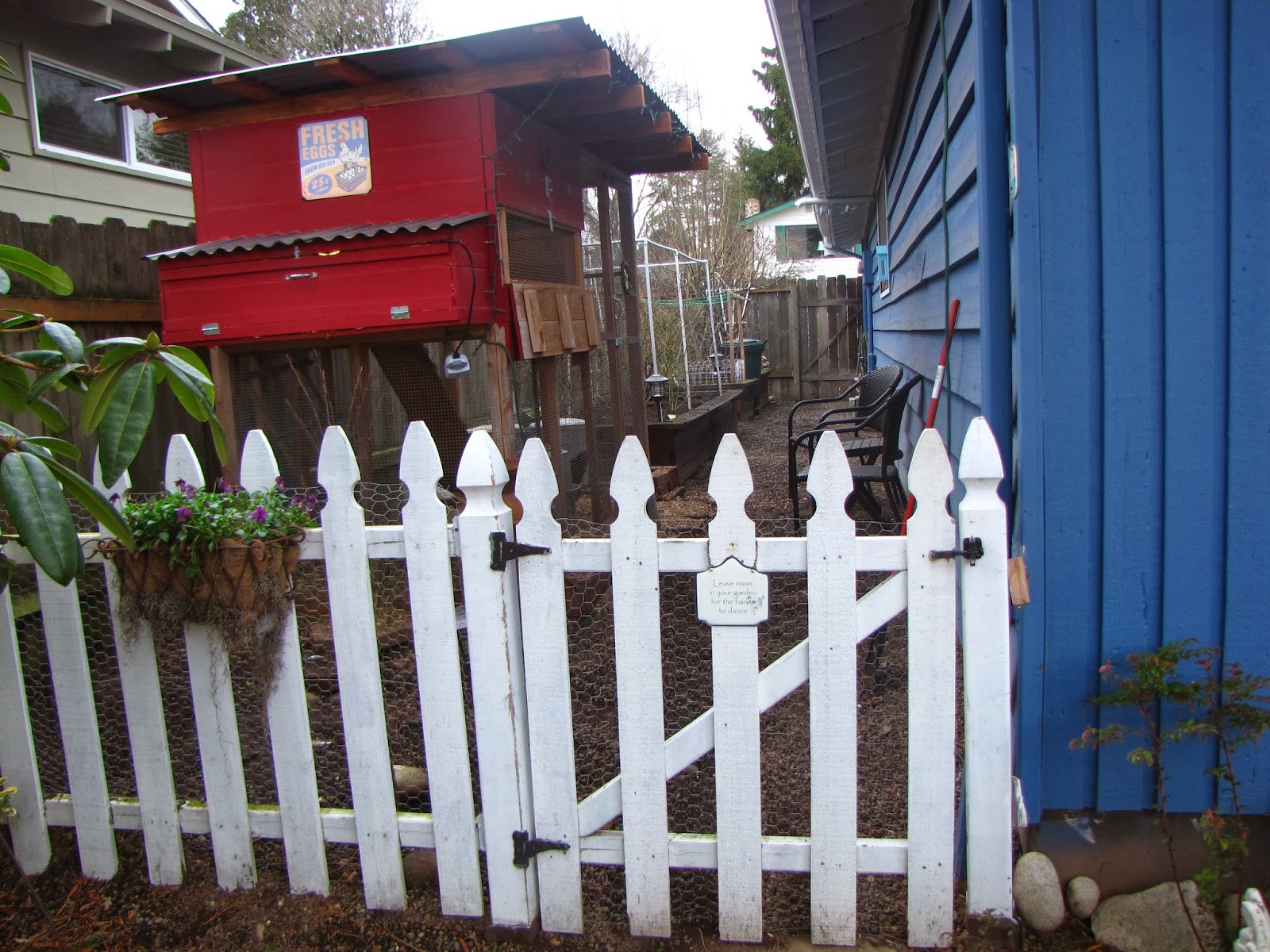 As every experienced chicken owner told me, they do destroy your yard.  So these girls get to have free run on this side yard (that is until I net the blueberry bushes very soon).  Only one can fly over the fence, but she quickly gets lonesome and goes back to where her friends are. 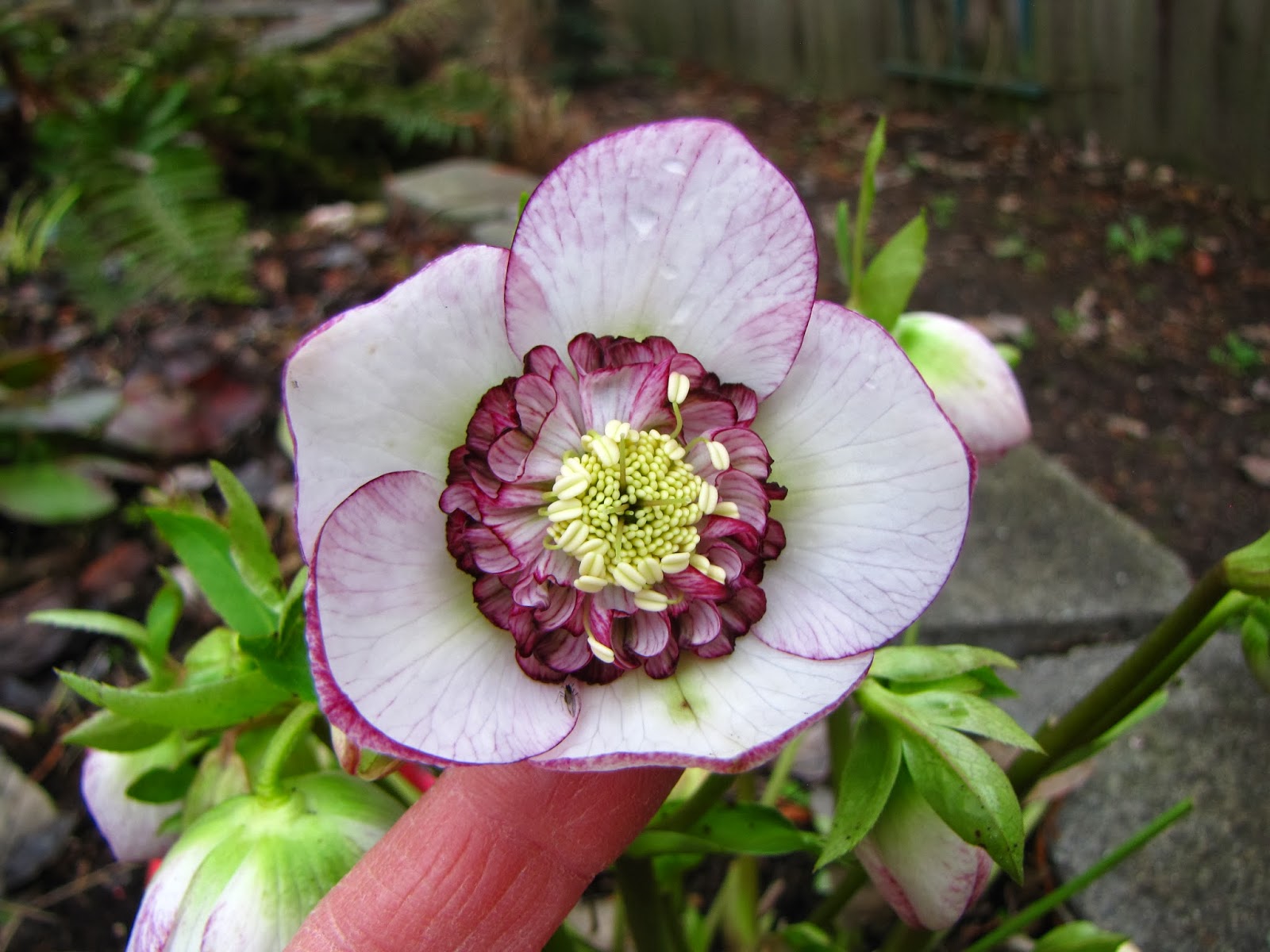 Hellebores are starting to bloom.  They are another plant that I highly recommend.  They aren't cheap, but worth every penny in my book so you can have some color this time of year. 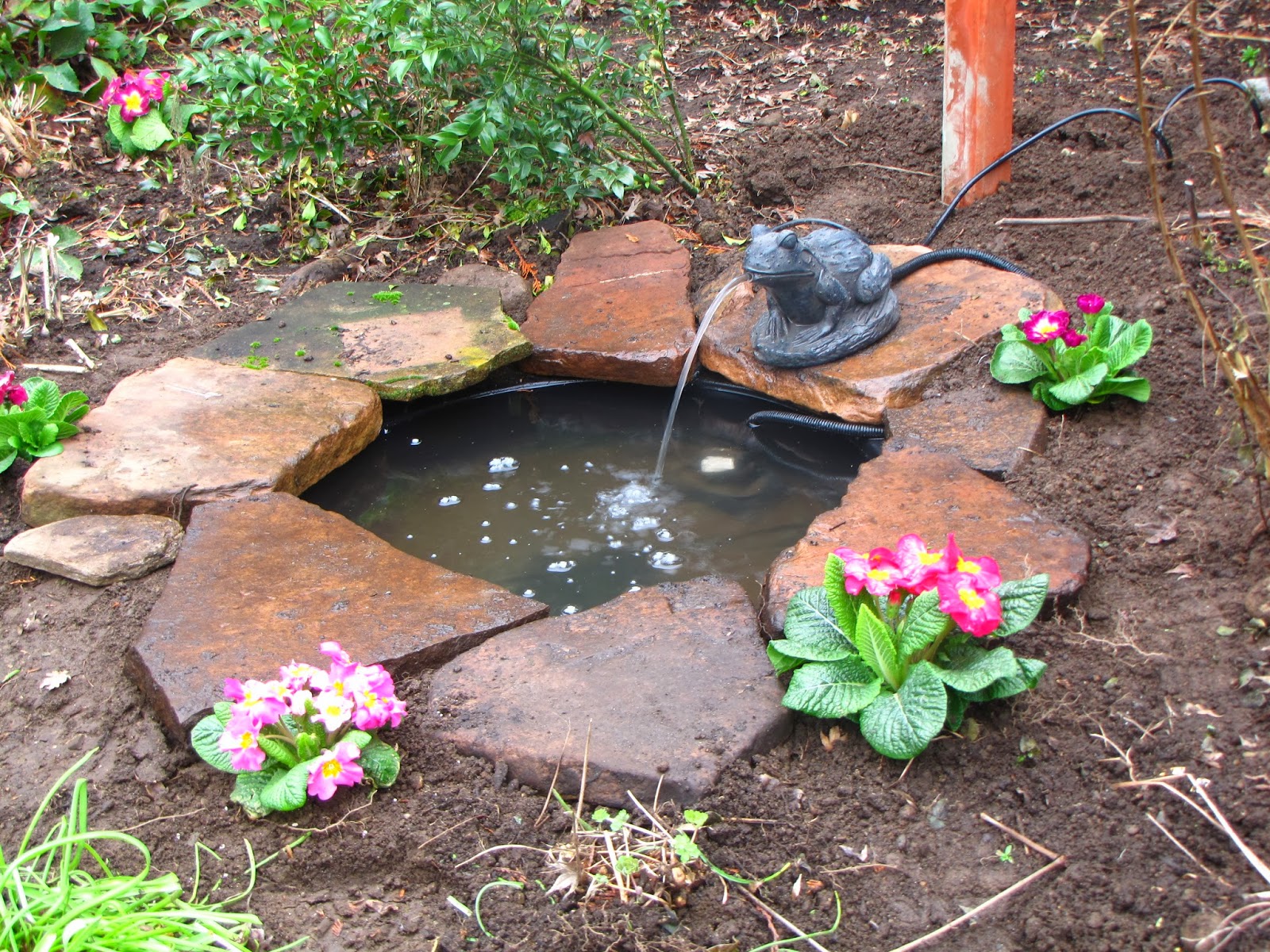 For Christmas Sweet Pea got me this cute frog spitter.  I have wanted one for a long time.  My husband and I used a barrel liner and stones we already had to make a mini pond.  I don't plan to put fish in here, it's much too shallow. 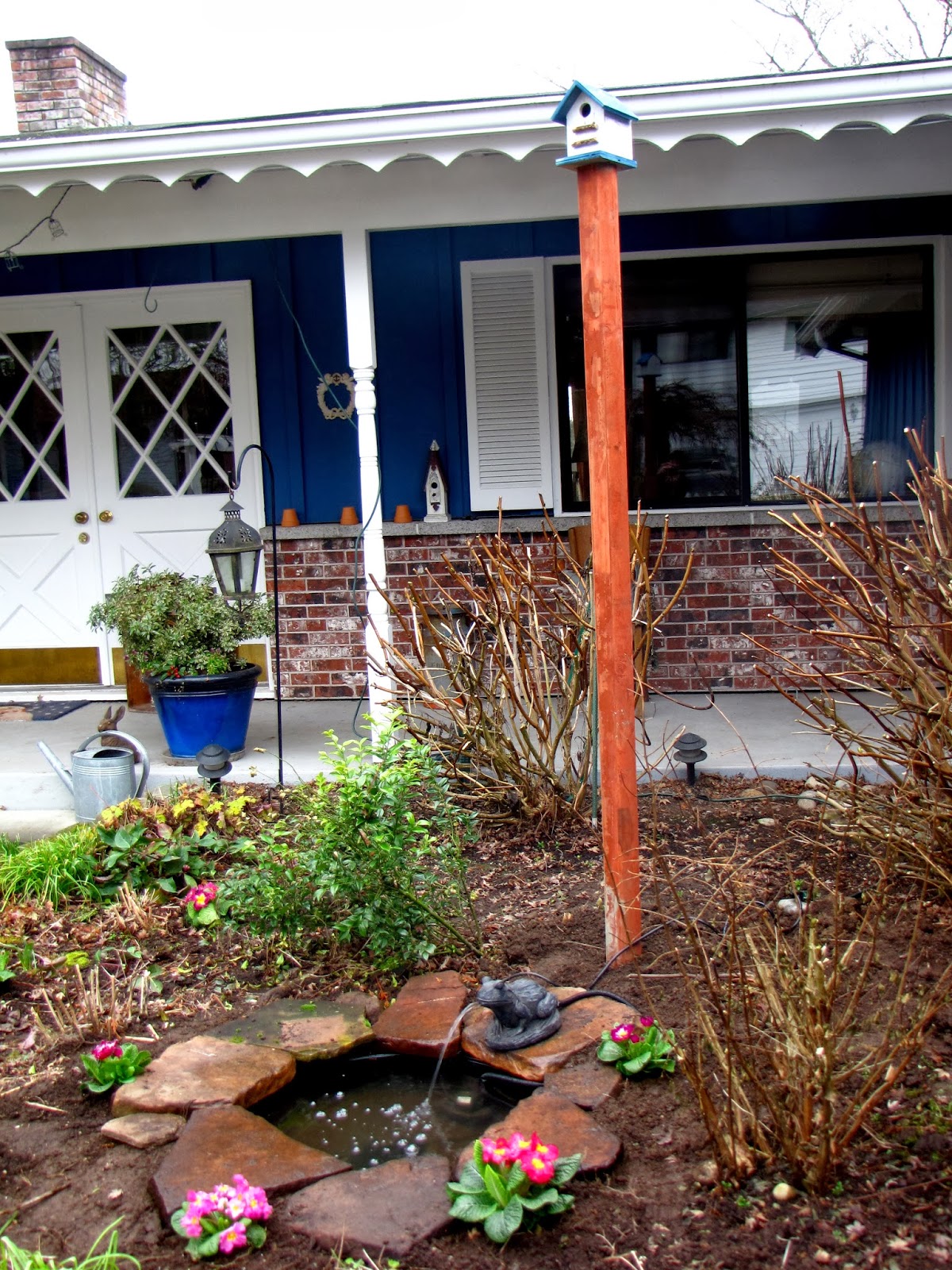 We have had two very nice trees die here, the drainage is not good enough for them, so instead a birdhouse went in!  Once the plants start to fill in I think it's going to look even better. 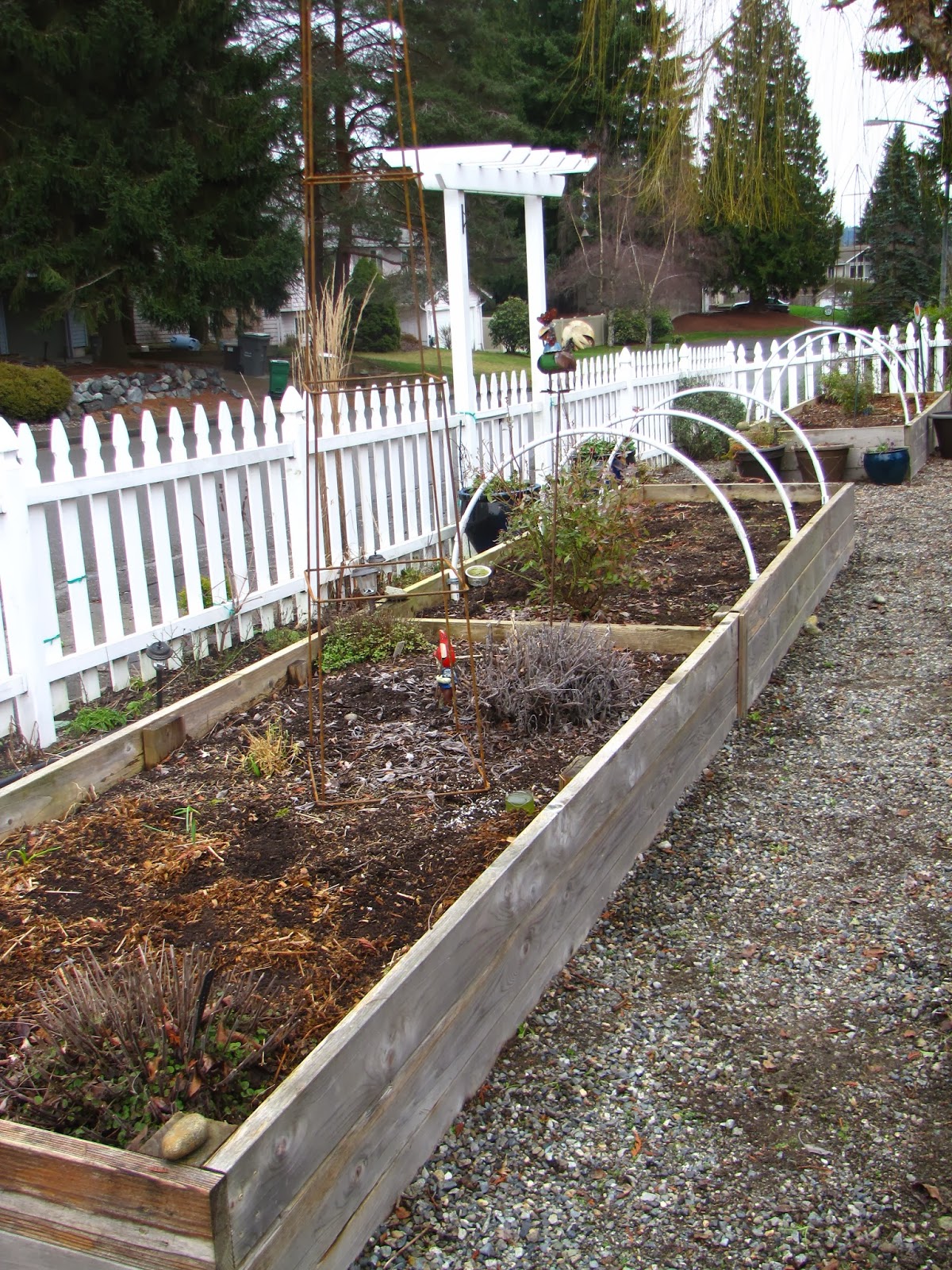 I got the vegetable beds cleaned out and am going to put some of my new vegetable knowledge to use here.  I am determined to have a productive garden.  Our master gardener speaker told us that copper tape does work to keep slugs out as long as they don't have a bridge over it.  I'm going to work on putting in traps to get the ones hiding and hopefully then I won't have them mowing all my seedlings down. 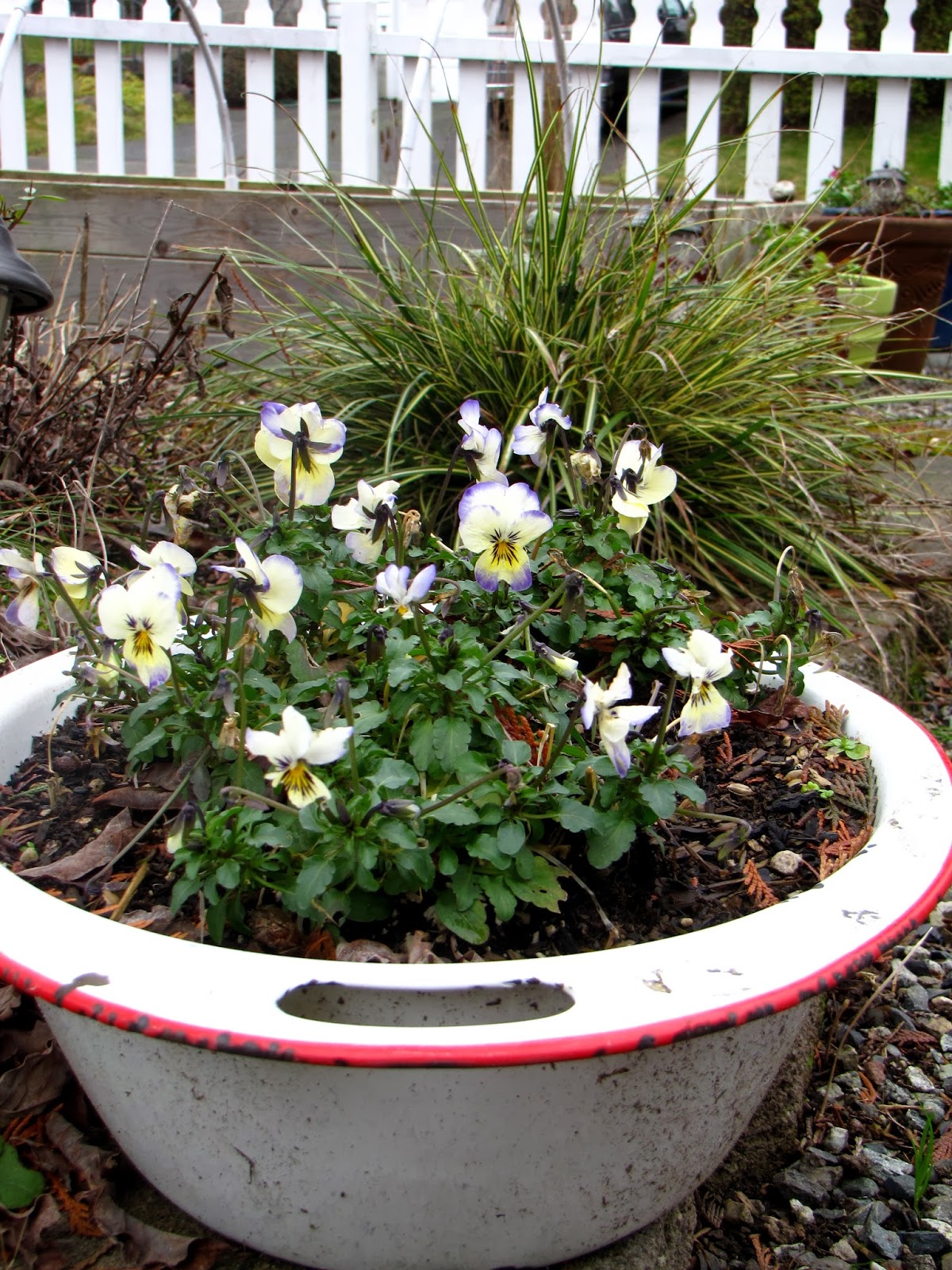 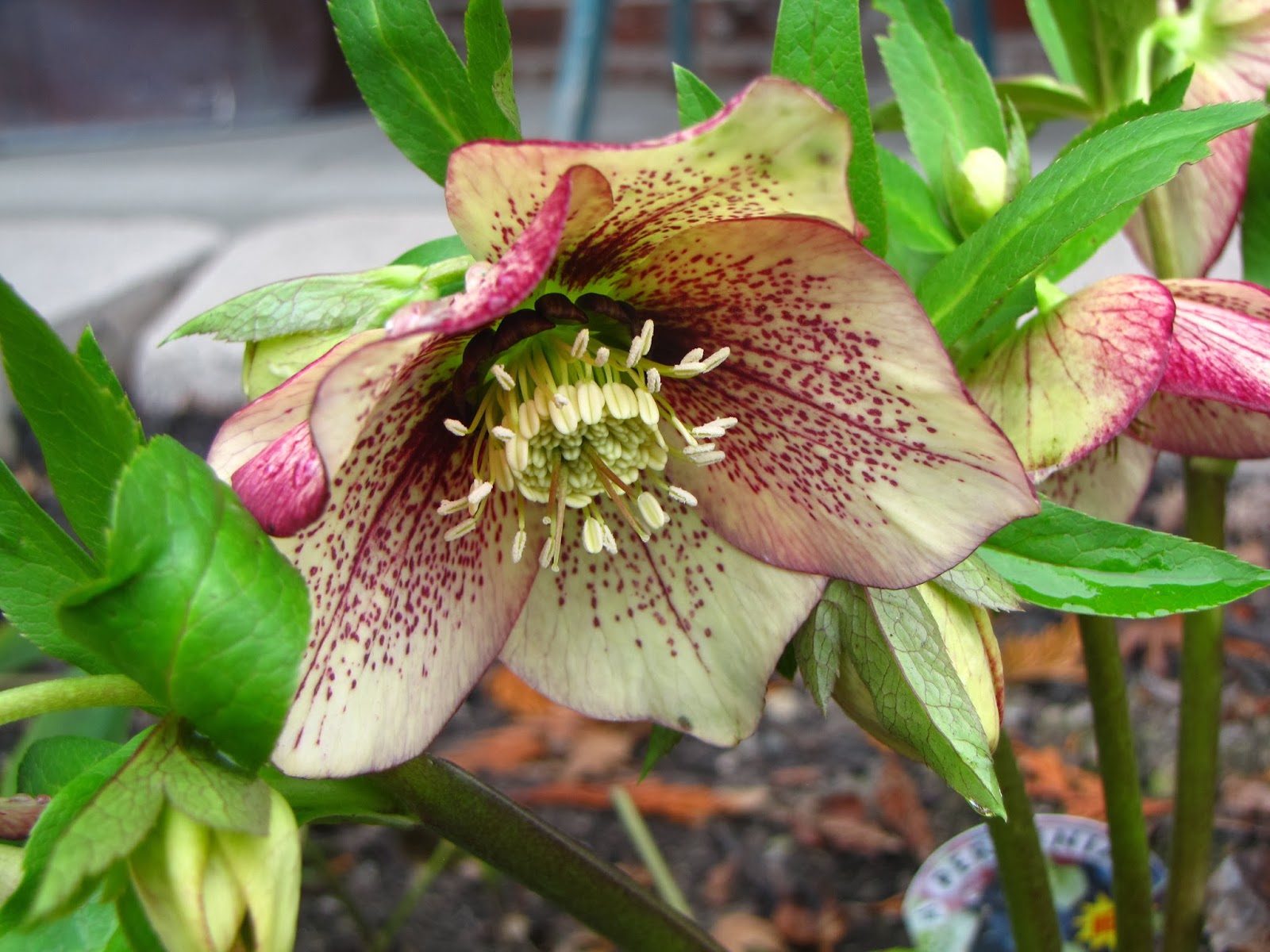 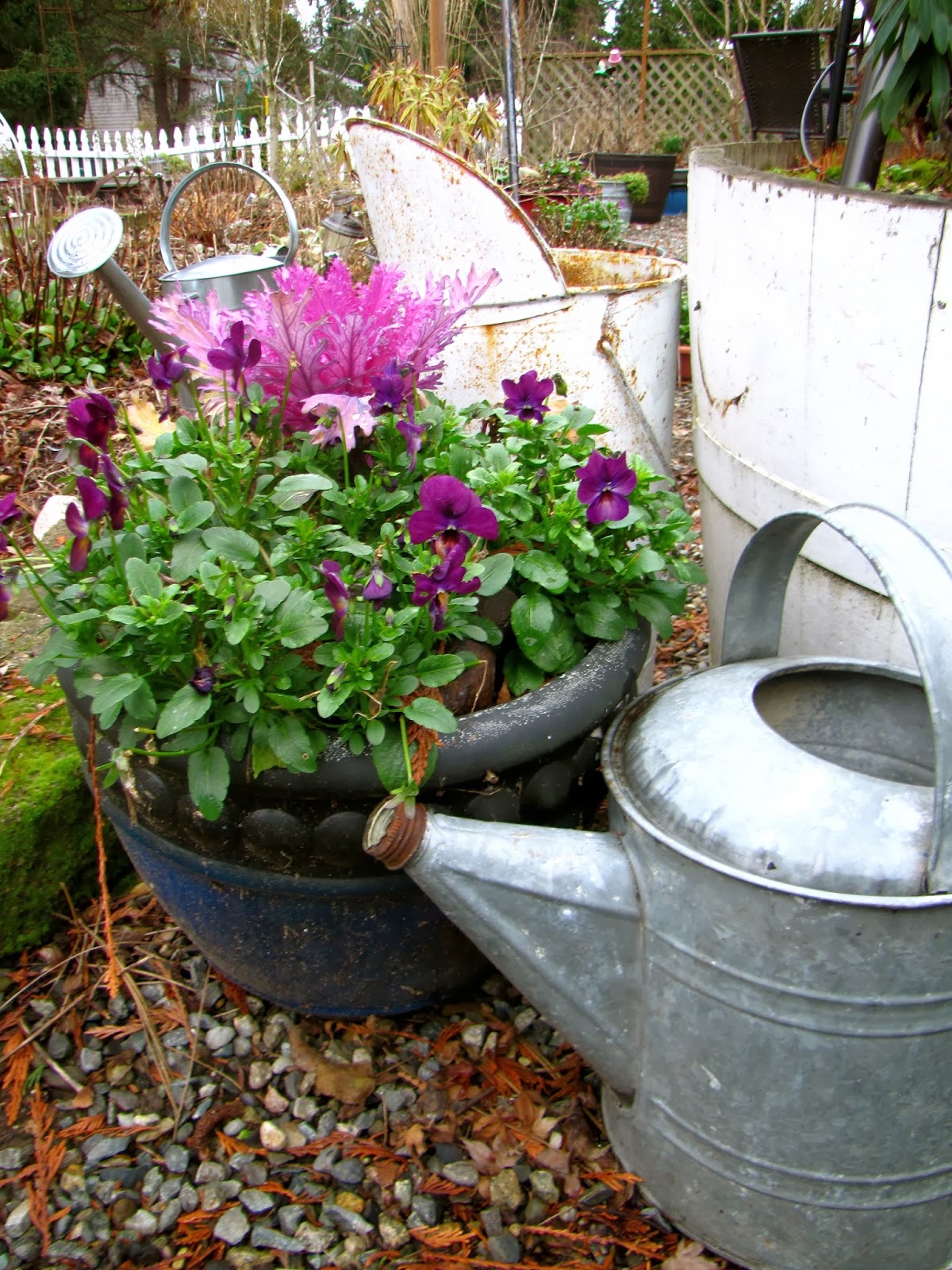 The only ornamental kale that didn't turn to mush after the freeze. 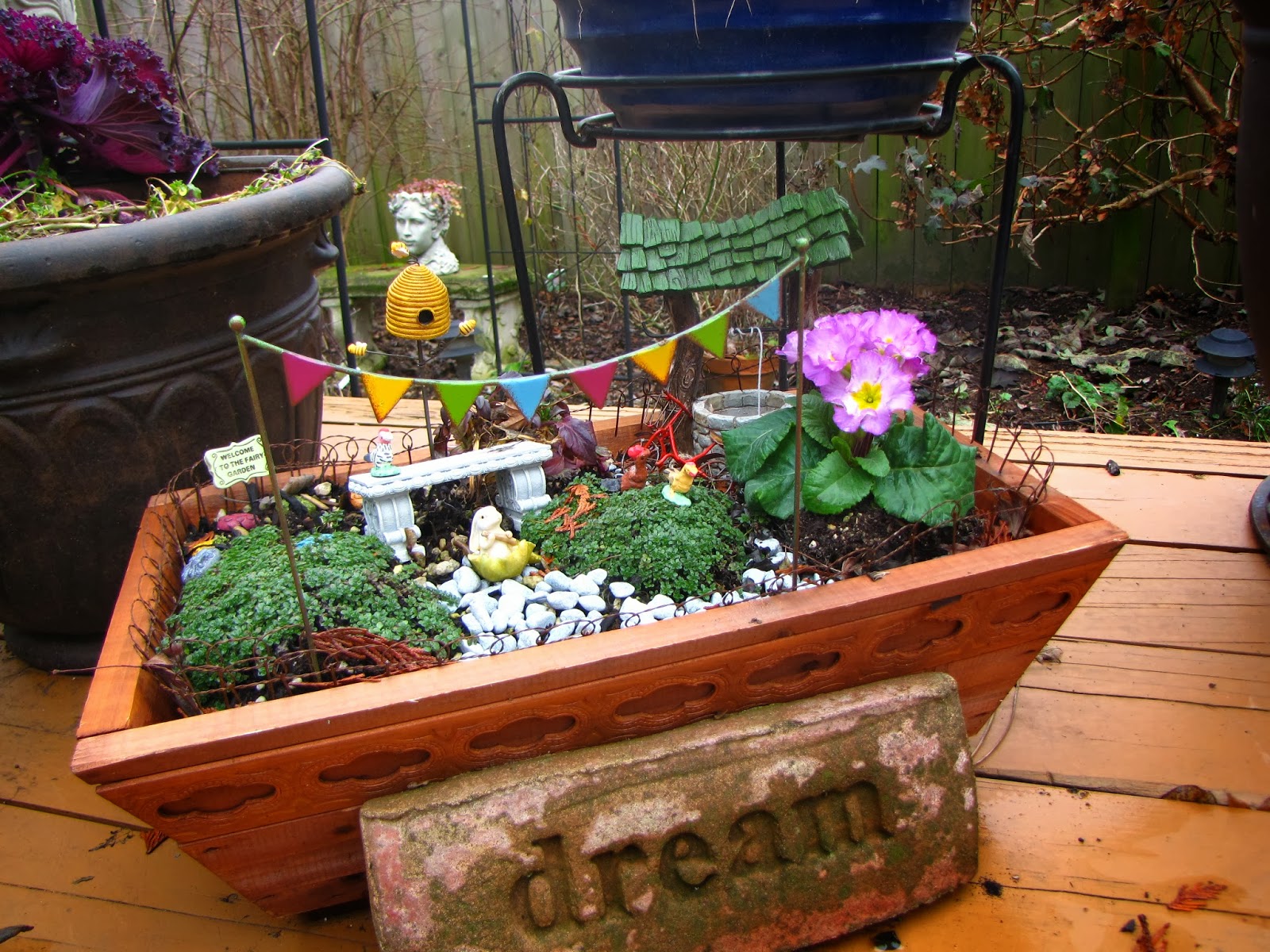 My friend brought my girls some fairy garden decorations and plants to make a garden in memory of their grandpa (who all the grandkids called Bompa).  Santa left a few more things in the Littlest Gardener's stocking and I think it looks very sweet.

Hopefully this wasn't too depressing of a blog post after months of not blogging.  Knowing that spring is around the corner has made me feel very hopeful for some better times coming up.  I'm very lucky to have such a good husband and kids and the greatest friends who gave me so much support during the down times.
All words and photos in this post are property of A Gardener in Progress.