It's hard to believe that another year of blogging has gone by.  This past year of gardening has been great, many changes were made to our garden.  The past year of blogging hasn't been as productive for me though.  I've found that I just seem to have less and less time for it, and yet the thought of totally giving it up just can't happen.  I've made too many friends, friends that I've met at the beginning of my blogging and newer friends that I've met in the last several months.
I appreciate each of you that visit my blog, especially when you take the time to comment or send me an email.  I apologize that I haven't been as good about returning visits, or at least commenting as often as I'd like.  Now that the holidays are over and there isn't as much to do outside I hope to be able to visit more often.
For now I thought I'd do a quick review of my garden. I like that my blogaversary coincides with the new year, it gives me a good excuse to go through pictures of my garden while there isn't much blooming outside. 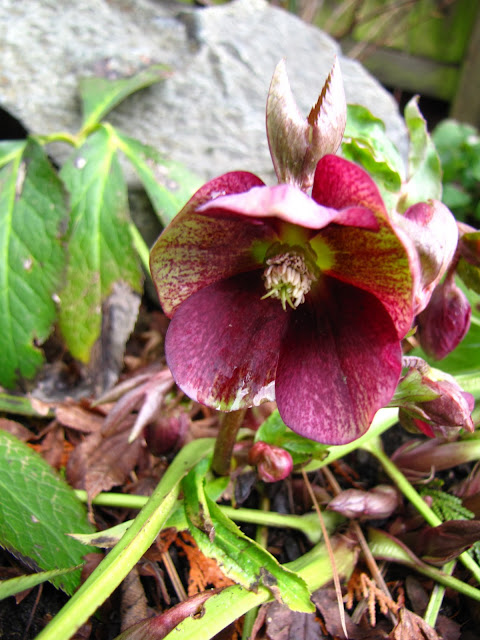 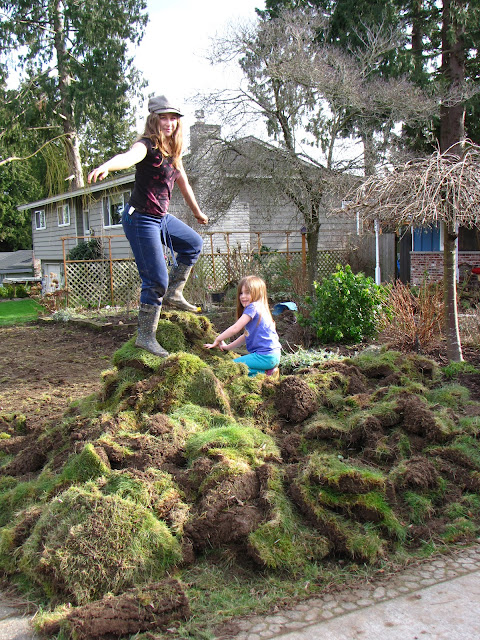 February was when the lawn went away for good!  We spent many hours outside, much of it in freezing cold weather and snow getting the job done.  We put up a picket fence, built raised beds and spread gravel around the beds. 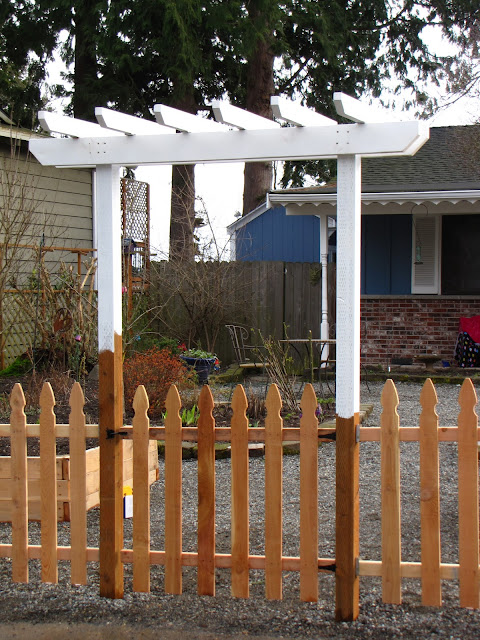 March was when the rest of the fence was finished.  My husband and his Dad built the gates and arbor together. 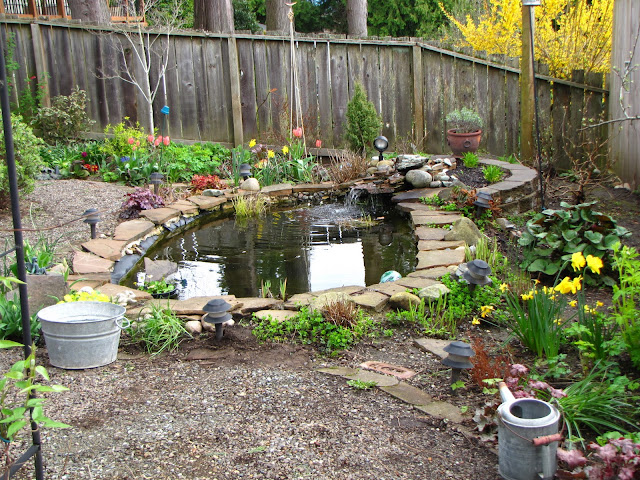 April shows the pond garden waking up.  I love when the bulbs are blooming and there's lots of fresh green foliage around. 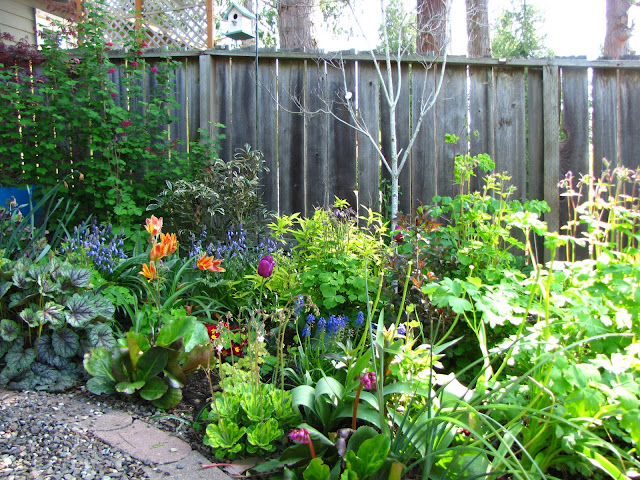 May in the shed garden's first spring was very colorful! 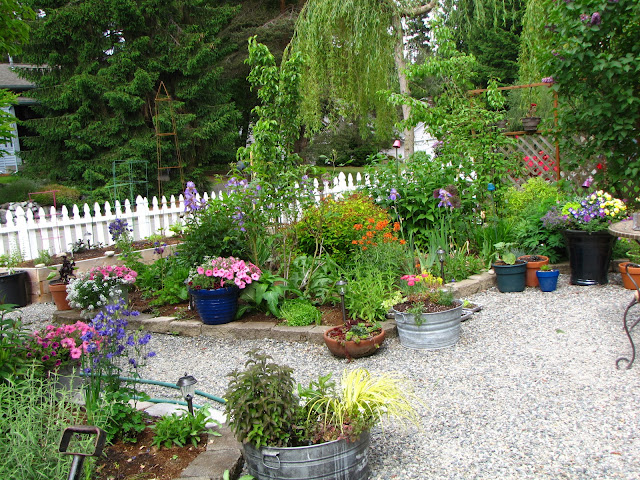 June in the front garden is one of my favorite times.  Here you can see the painted picket fence and gravel that was spread where the grass had been. 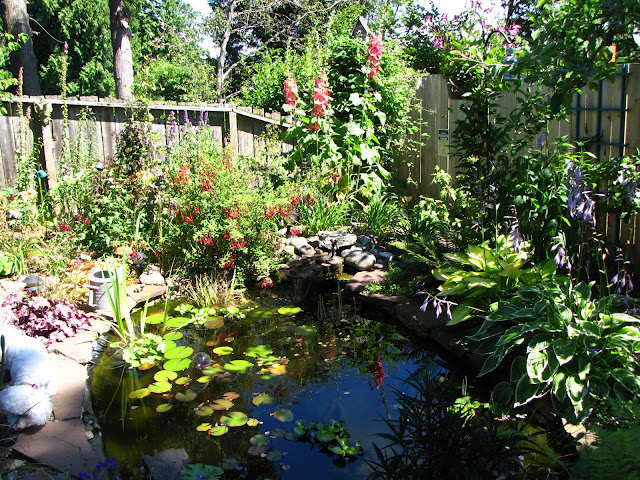 July and the pond garden is very lush and full.  We had record breaking rain and cool weather over the spring and much of the summer.  Most of the garden didn't seem to mind although it was a tough year to start vegetable gardening. 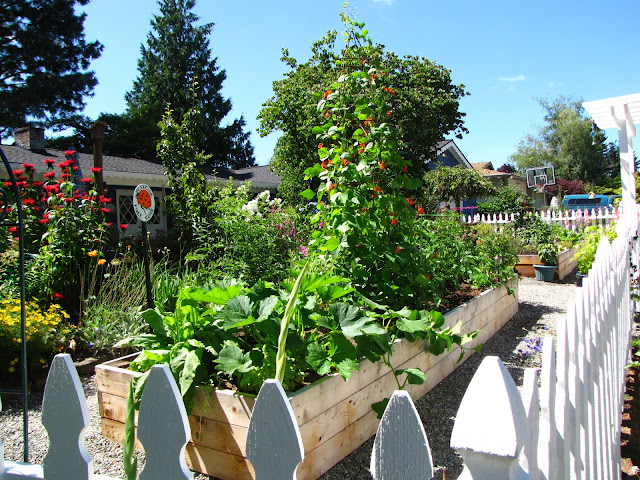 August and the new raised beds in the front yard were finally producing vegetables for us.  Squash, zucchini, beans and Chard all did really well. 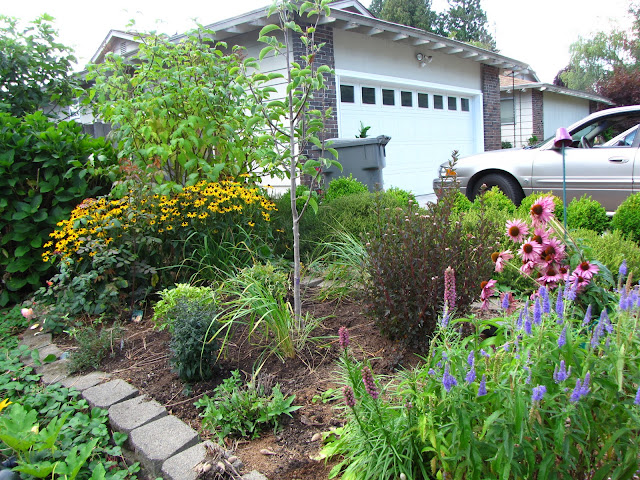 September is when I decided to redo the driveway bed.  This area had really been ignored and need an overhaul.  It now should have much more interest year round rather than the middle of summer only.  I'm still trying to figure out where I can squeeze another rose in here... 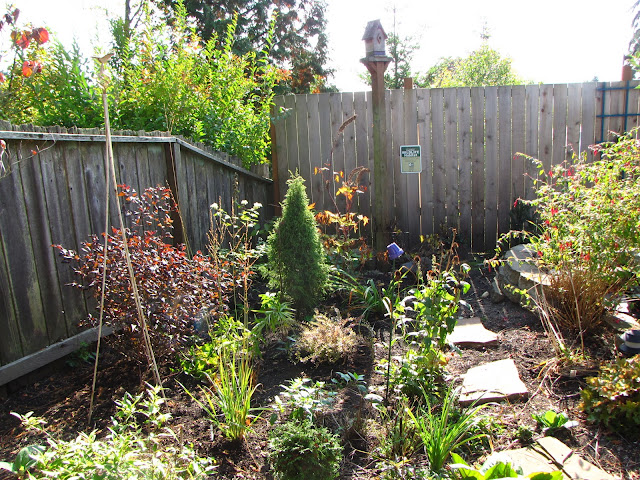 October shows some of the rearranging in the pond garden.  I fell in love with grasses this past fall and added quite a few of them throughout the yard.  We had a beautiful fall, much warmer and drier than the previous one. 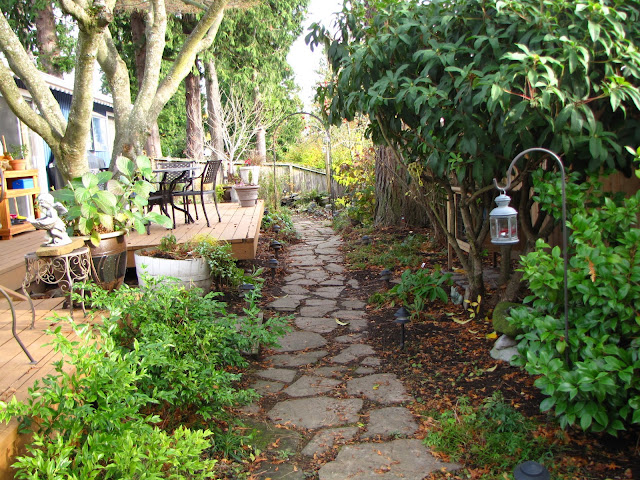 November in the path garden shows lots of green still and the beginnings of the leaves that drop from the trees.  It really doesn't change that much during the year down here, other than shrubs and spring blooming perennials. 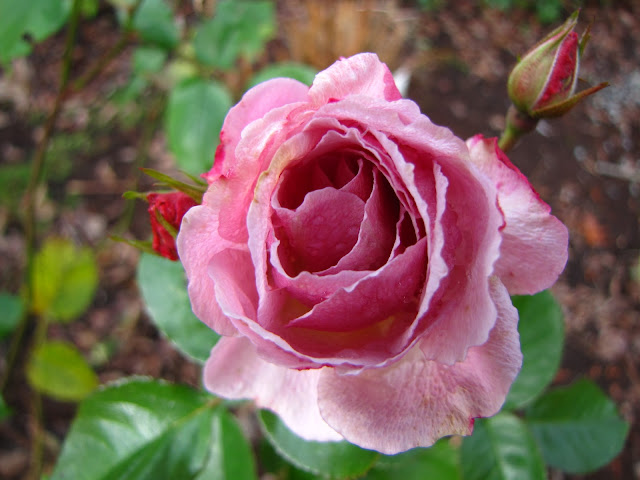 December, on Christmas Eve I had a 'Kimberlina' rose blooming!  I'm always impressed with how long roses will bloom even after some very heavy frosts.  Seeing that pink amidst the brown mushy plants nearby was very cheering!


As usual, once the holidays are over, I'm already on the countdown to spring and I can't wait to see what changes this year will bring.  Happy New Year!
All words and photos in this post are property of A Gardener in Progress.

Posted by Catherine@AGardenerinProgress at 6:58 AM
Labels: Blogging