Okay, okay Mother Nature we believe it's winter now!  The snow has been piling up for days.  We've had snow falling since Saturday, with our biggest "dump" yesterday.  All week the forecasters have been changing and putting off the snow and rain.  As of right now it's still snowing heavily.  The worst part though, is that last night and this morning there was freezing rain and now many trees' branches are breaking under the weight, it's actually dangerous to go out where there are large trees.  Sadly one person has already lost their life from a falling tree.  I know much of the country makes fun of us out here because of our "wimpiness" when it comes to snow, but we just aren't as prepared to deal with it here.  No roads close to our house have been plowed or sanded and to get anywhere we have to drive down hills.  School has been canceled all week and most likely will be again tomorrow.  We all are getting cabin fever - as the fun of sledding and snowman building have lost some of their appeal with the iciness of the snow.  Anyway, we're still enjoying it from indoors, but looking forward to getting out soon. 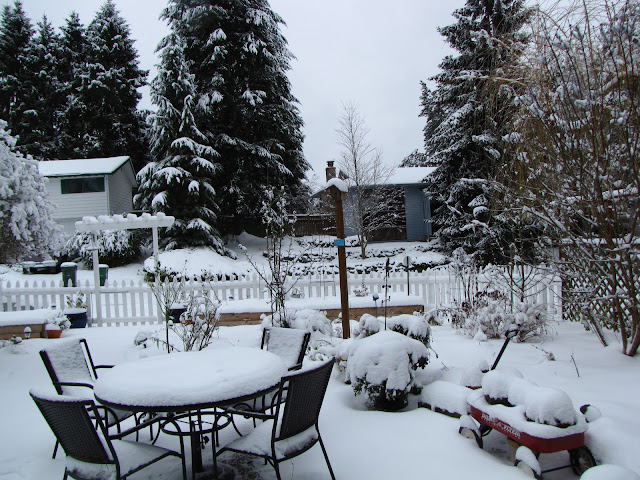 A view of the snow this morning, it's difficult to measure because under the last few inches is a layer of ice.  We probably have 7 or 8 inches total. 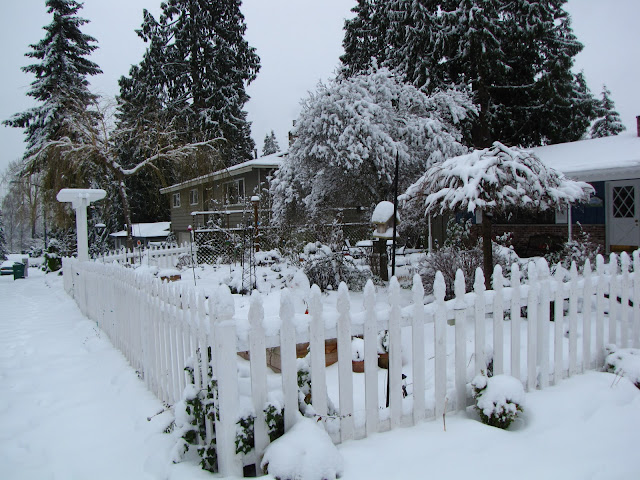 Footsteps and tire tracks are quickly filled with the new snow. 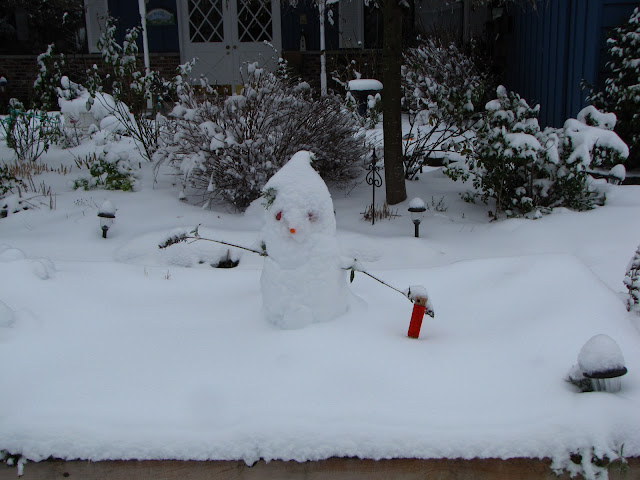 The Snowgardeners are up to their waist in snow and all the uncovered greens have been reburied. 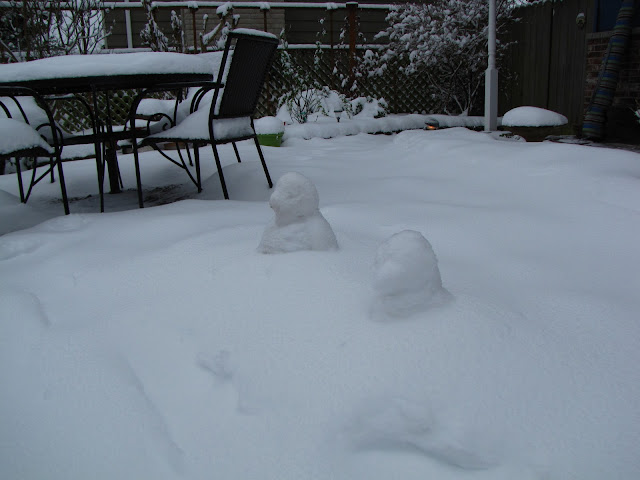 The snow penguins are shoulder high in snow. 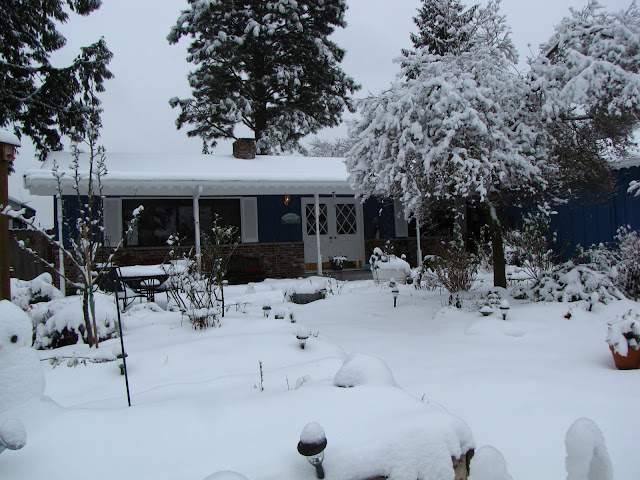 It does look pretty though. 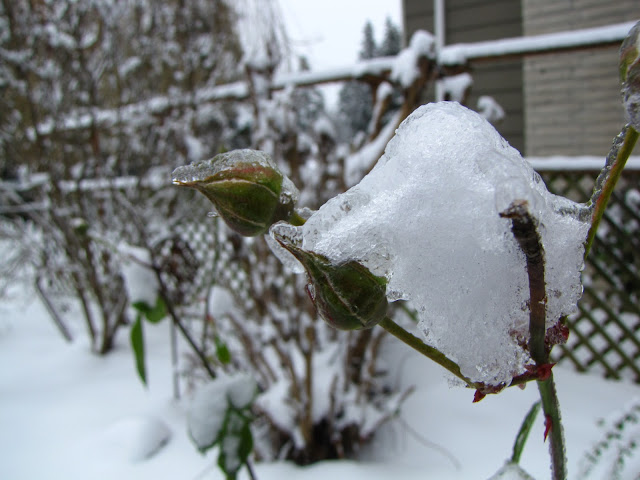 We are under an "ice storm warning" now, Sea Tac  airport is closed.  I don't remember having one of those before.  Ice has coated everything. 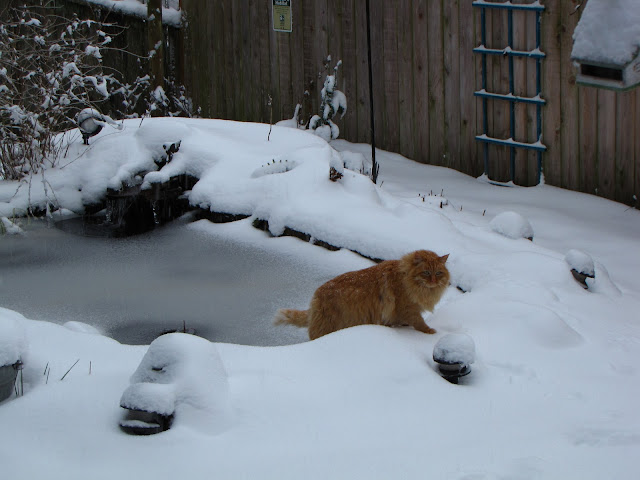 We found the neighbor's cat on the pond drinking from a spot kept open by the pump.  They do leave bedding and food out for these outdoor cats, but they seem to prefer going under our deck.  Sweet Pea has put out fresh water and bedding for them under the eaves of the house.  The neighbors say the cats won't come inside. 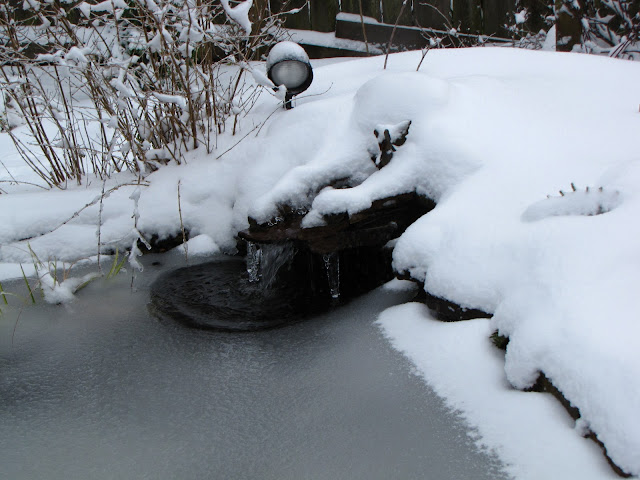 The poor little fairy is just about buried in snow.  Icicles are all around the waterfall. 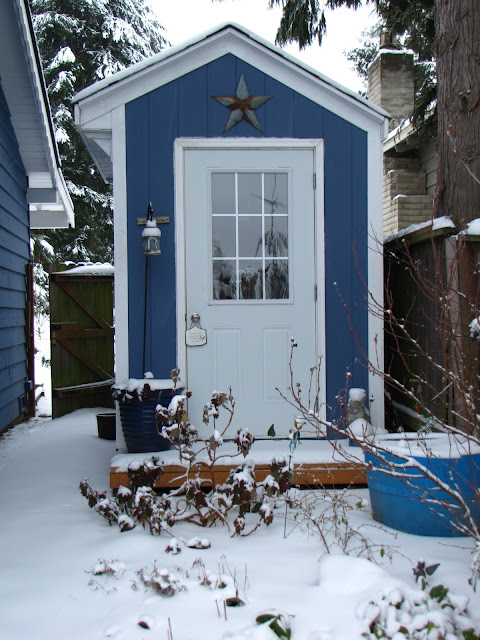 The shed garden doesn't get as much snow because it is sheltered by the neighbors large Cedar trees. 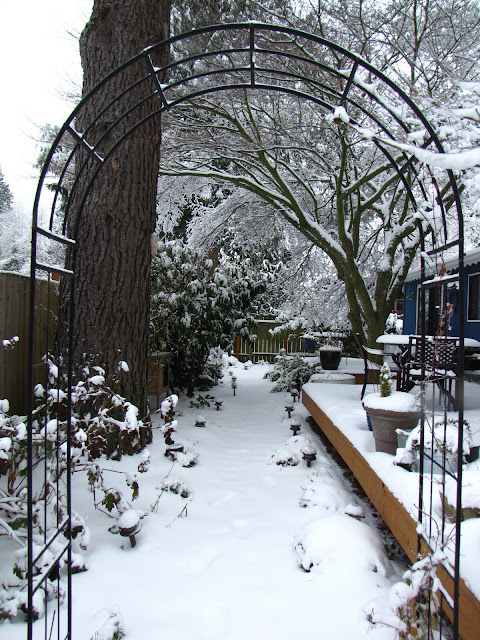 A look down the path. 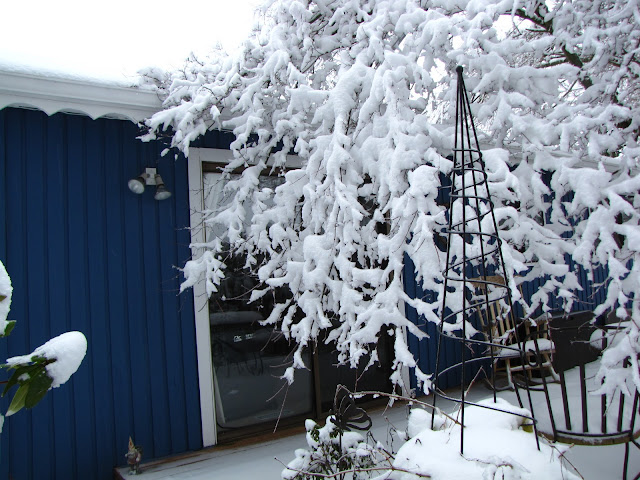 Our large Japanese Maple's branches are almost bent to the ground with the weight of snow and ice.  I'm hoping they can hold out a little longer and not snap.  Some branches are laying right on the roof so they have a little support. 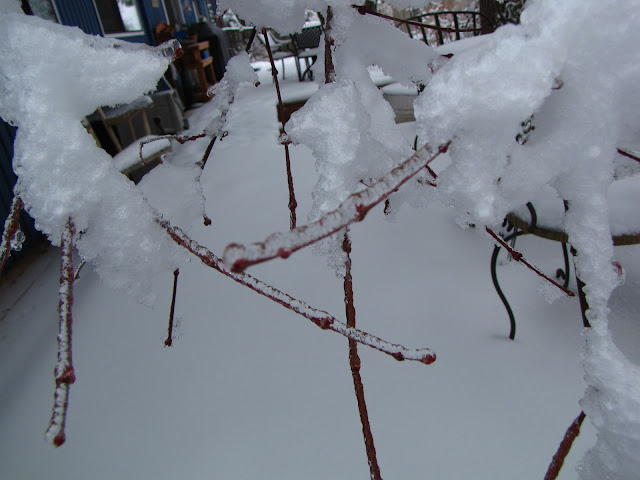 I've never been able to see the very top of the tree just standing and looking down. 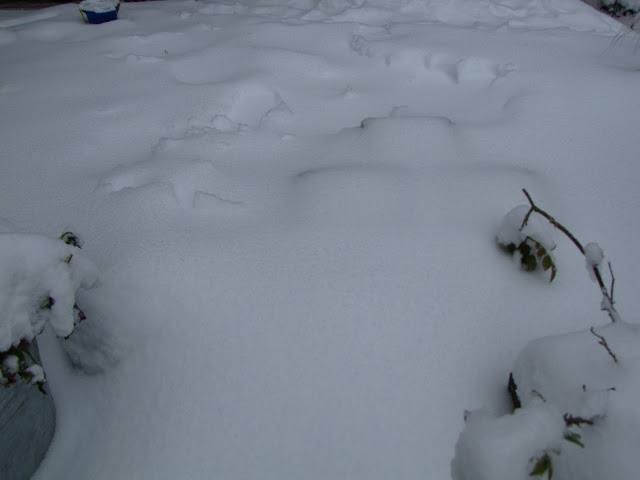 I did some winter sowing yesterday, now they are covered just like the winter sowing that was already there.  Yesterday when I went to see what our dog was doing in the snow I heard a "crunch" and realized I stepped right on one of the containers. 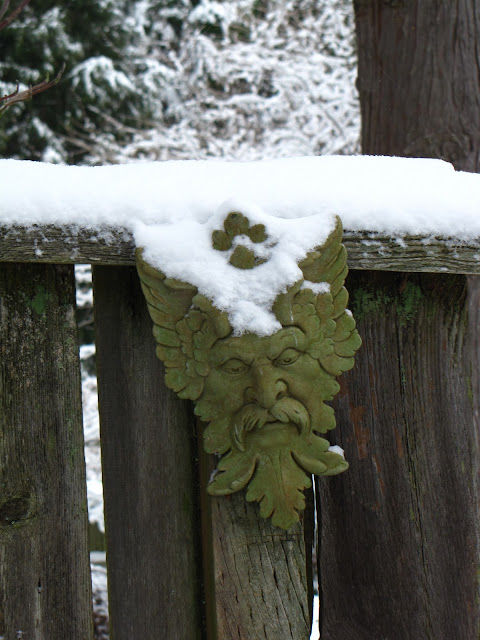 Green Man is dreaming of spring just like me.

Hope everyone around here is staying safe and doesn't lose power.  My husband has not missed a day of work, he has four wheel drive and chains.  He's not even from a part of the country where it snows (the Central Valley of California), he just doesn't let it stop him.  I'm so wishing there was a chocolate delivery person nearby, maybe I can convince my husband to get some on his way home...  That's the only thing missing from the house right now.
All words and photos in this post are property of A Gardener in Progress.