Signs of Spring under snow!

We woke up to a very nice surprise today... snow!  Nothing like what the east coast received, but for me it was the perfect type.  Enough to play in and roads are mostly clear and it's on a school break.  The girls were up and ready for a snowball fight and snowman building. 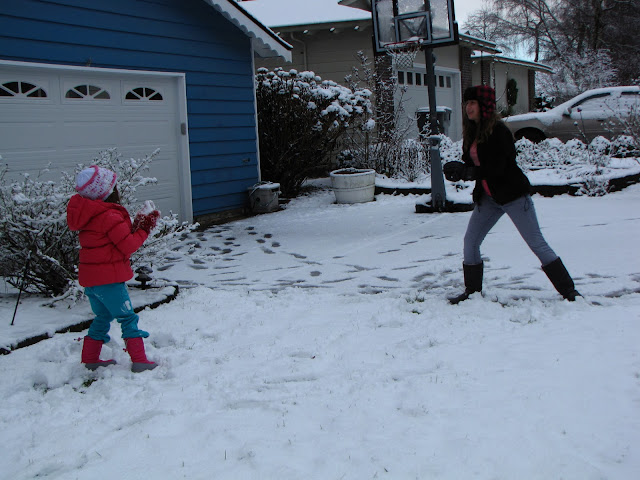 I told them they couldn't throw snowballs at me because I had the camera, otherwise I would've been their target.
Of course since I had the camera that meant I had to see what was happening in the garden, and even under the snow I found early signs of spring. 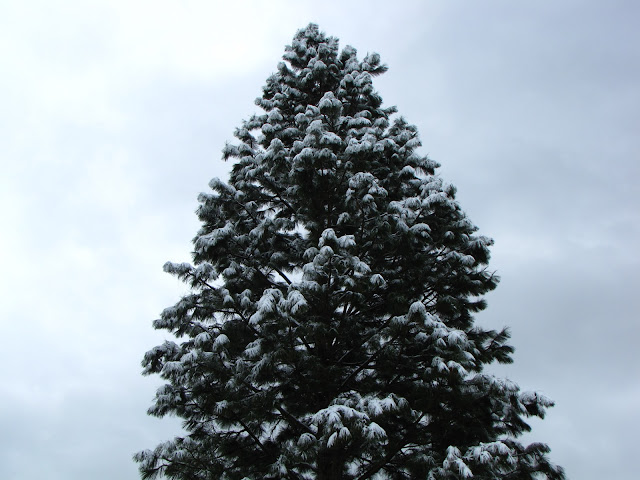 There was a big Ponderosa Pine covered in snow and... 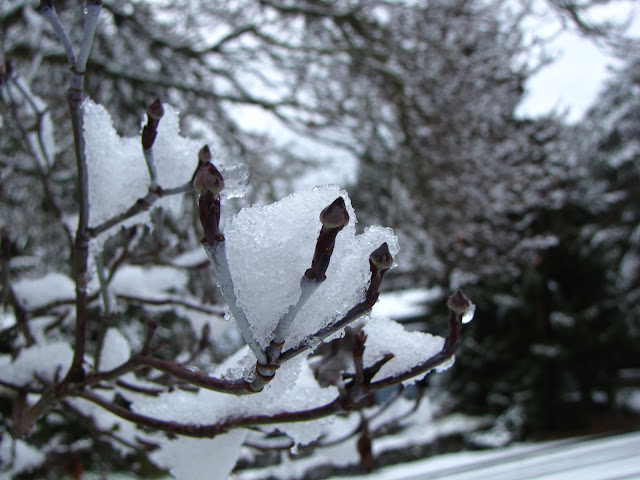 signs of spring underneath the snow on the Dogwood tree.  Look at those nice flower buds forming already. 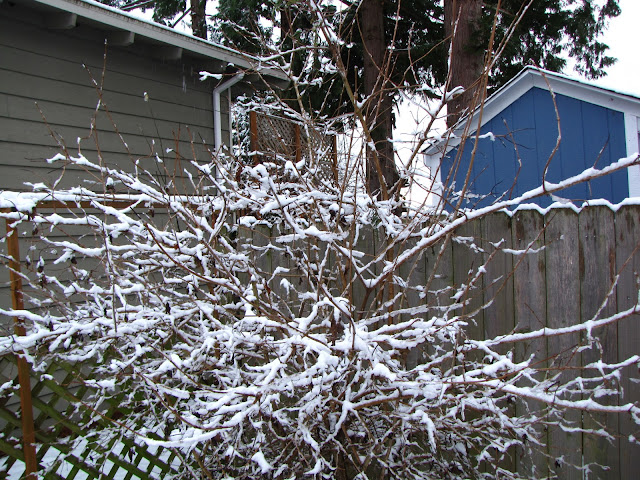 There was a Snowball bush covered in snow and... 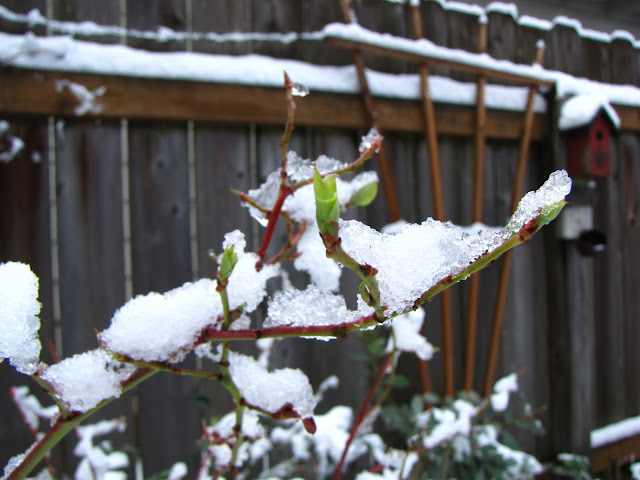 Blueberry bushes with leaf buds as well as a few new leaves (but those leaves seem a little too early). 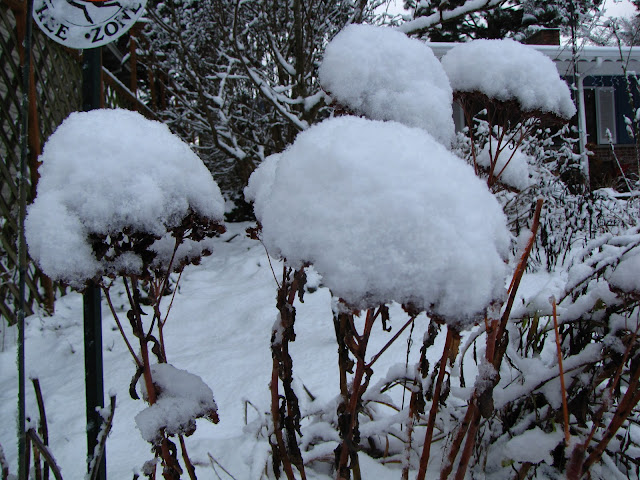 I found Sedum snow flowers and... 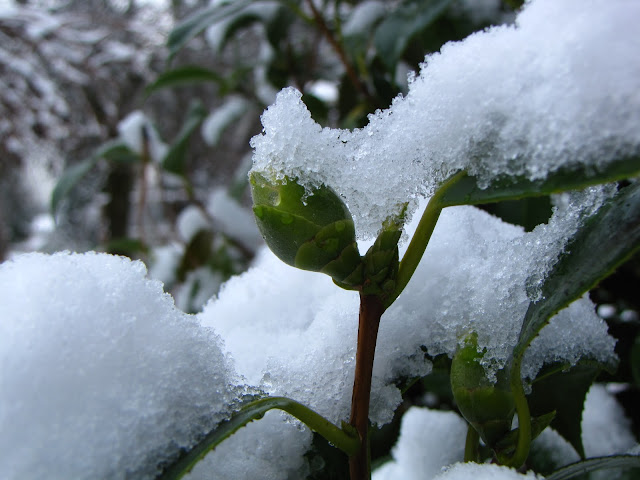 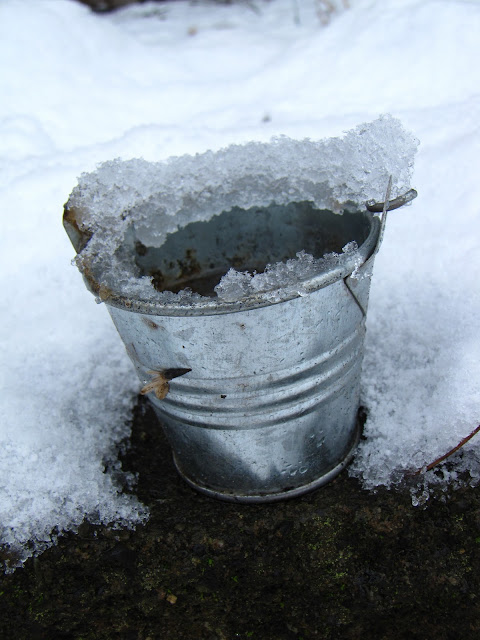 One of the garden fairies must have gotten caught in the snow and left her little bucket behind. 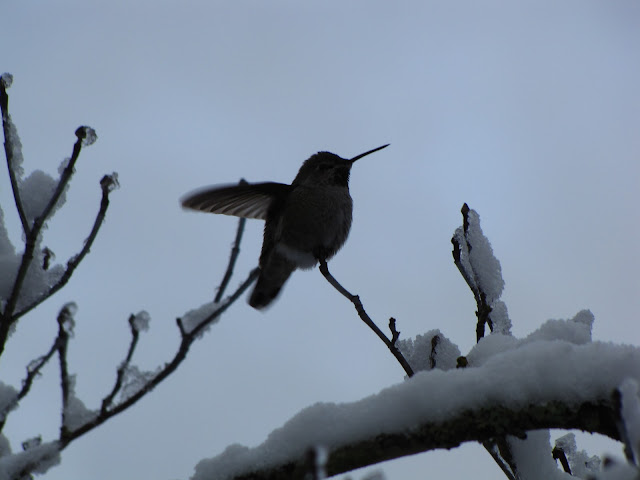 But the Anna's Hummingbird wasn't leaving anything behind in our garden, especially her attiutude. 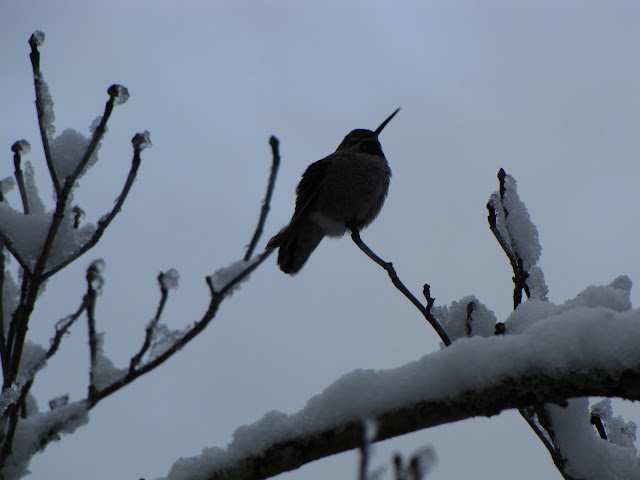 She buzzed me and chased me off from the feeder I was standing close to.  She looks very innocent sitting at the top of the Dogwood tree.
I think I'm wearing out the pages of the seed catalogs.  I've even pulled out the old David Austin rose catalog and started trying to decide which one I will choose for the front entry garden. This is a perfect day for spring dreaming inside the warm house!