After posting spring flowers in my previous post, it's back to the reality of what is currently going on in my garden.  I was surprised to see the sun come out today after a very foggy morning.  I convinced the Littlest Gardener it would be a good day to go out in the backyard for her to play while I raked more leaves.  I like raking the leaves in our yard, not sure what it is about it, but I find it sort of relaxing.  Maybe if I had more big trees I would feel differently.  While I raked and did some cutting back the Littlest Gardener decided she wanted to plant something.  So she pulled a frond from the Sword Fern and decided that's what she wanted to plant.  I showed her the seeds on the back of the leaves.  Sword Ferns are native here and I always mean to buy more to plant in my back path garden.  I have no idea if they will grow, but it was fun for her to try.
I wish I had some flowers to take pictures of, but the snow and cold last week pretty much took care of them for now.  I'm glad I planted Pansies and Violas around so at least they add a little color outside. 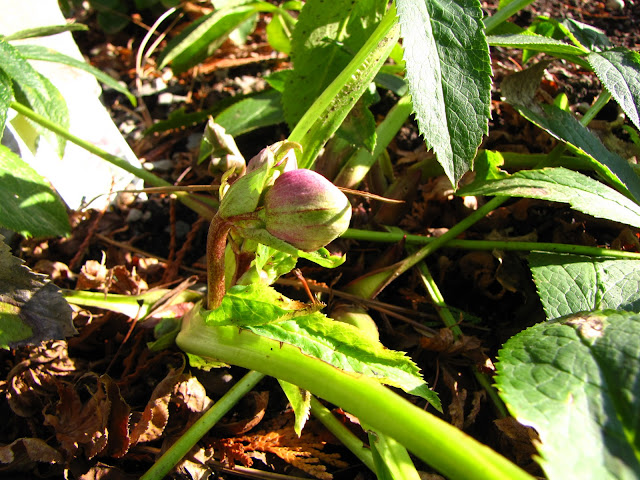 This was surprising, one of the Hellebores has buds on it already.  I wonder how long until it blooms? 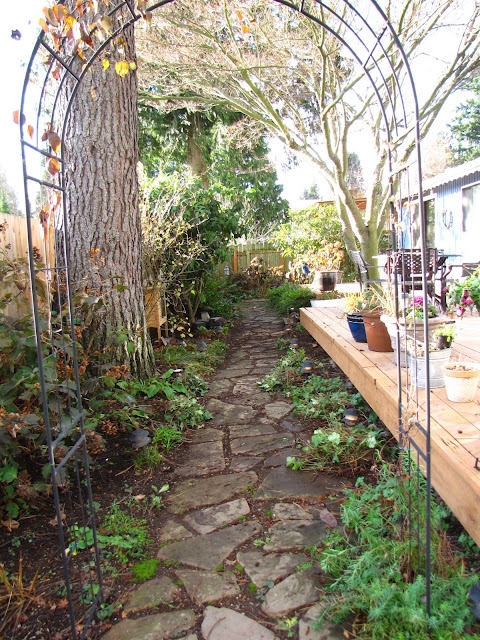 The path nice and tidy after raking and sweeping.  I found some Crocuses that were beginning to sprout.  While I was raking up the front part I smelled the mint scent of the Corsican mint (Mentha requienii) ground cover.  It grows very easily here between stepping stones and is a nice surprise to smell when you walk on it. 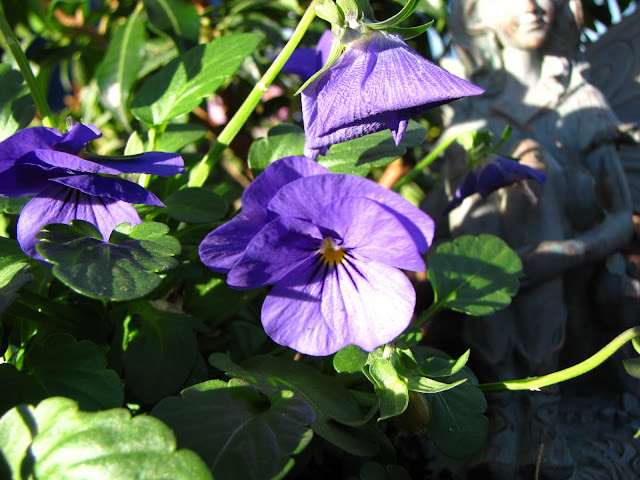 My favorite purple Violas blooming next to the deck. 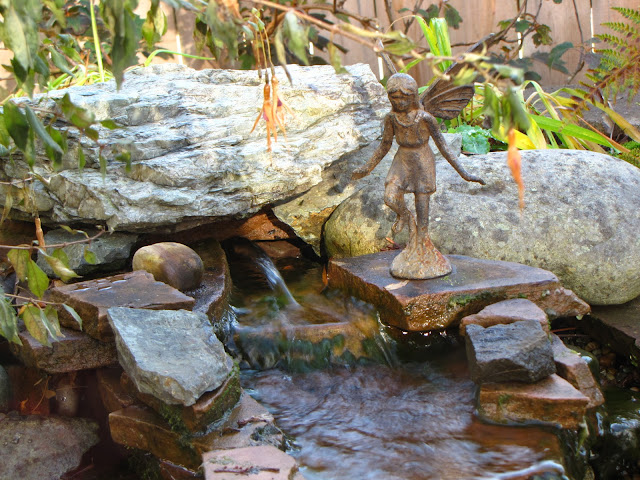 A fairy dancing near a waterfall. 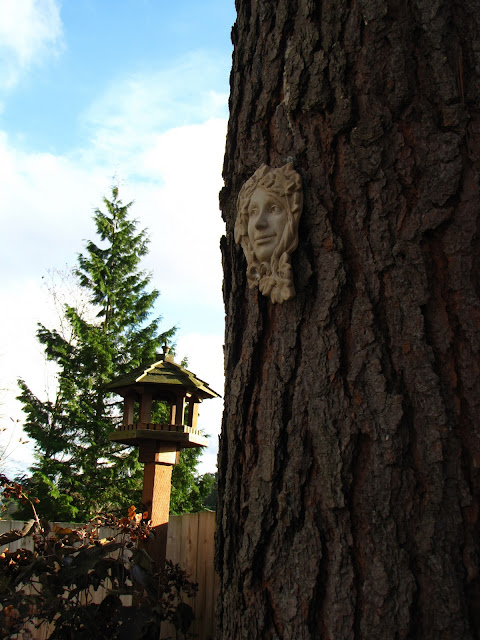 For as much work as this Ponderosa Pine gives us, I just love the bark on it.  A flock of Bushtits sat high up in it a few days ago eating small green cones and dropping them all over the deck.  The squirrels also love to eat the green cones, but they usually chew little branches off too and drop them around the yard.  An Oakleaf Hydrangea is growing next to it, anything that can grow under a pine tree is very tough. 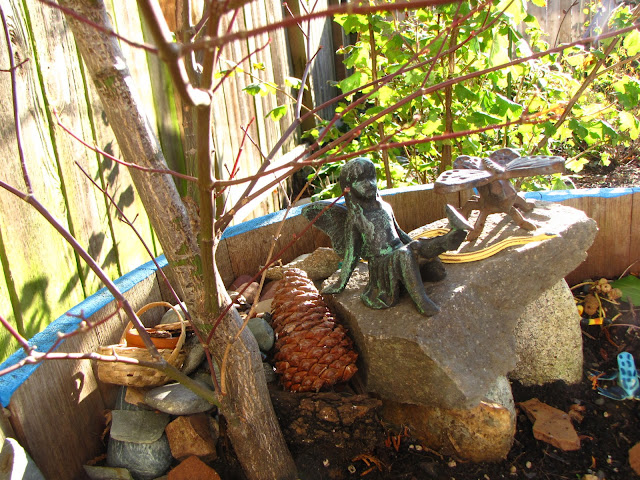 Another fairy relaxing in Sweet Pea's fairy garden.  This fairy moved here from the Hocking Hills of Ohio when Lona sent her to my girls.  Looks like she's made friends with a  yellow snake and blue frog.
And because I know it will be awhile before I see many flowers outside, I decided to try an Amaryllis again this year.  After watching Kathleen showing her's blooming on her blog I just couldn't resist.  I planted one called 'Cinderella'.  I have a feeling that I may end up buying more, I just miss seeing flowers blooming too much.