I so wanted to take pictures of the garden this weekend, but the constant rain has made it impossible today.  I guess I'll save that for another day.  Instead I decided to share some pictures from a beautiful place we visited on our recent trip to Southern California.  Just north of where we stayed is one of the Catholic Missions called Mission San Juan Capistrano.  I remembered going there when I was really young with my family and thought it would be an interesting place to show my family.
In California there are 21 Spanish missionaries.  San Juan Capistrano was established in 1776.  Not only was the mission full of history, but it was also full of beautiful gardens.  I don't remember the gardens from when I was a child visiting.  Knowing how I was, it was probably the gift shop that interested me the most back then.
Included in the entrance fee is a headset that gives a guided tour to the mission. 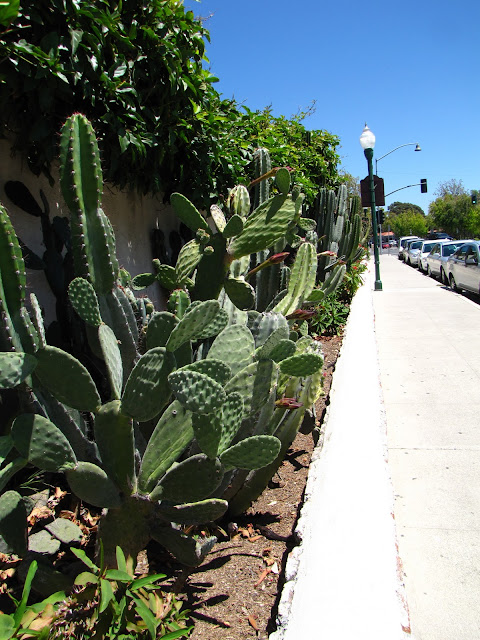 It was a beautiful day when we visited, so sunny and warm.  These planters of various Cacti lined the outside of the Mission.  Many of them were blooming or had buds. 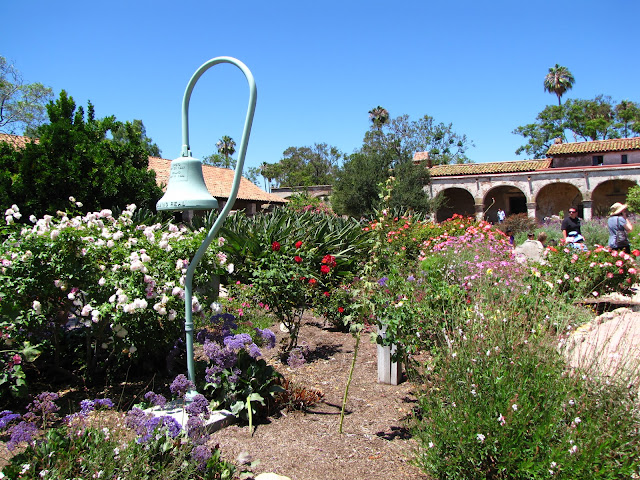 While we were paying I noticed a sign that called attention to the plantings for birds and butterflies.  As we walked into the mission this is what we were greeted with.  I can't even begin to guess how many varieties of butterflies were flying everywhere.  The only time I've ever seen that many has been inside butterfly houses in exhibits at the zoo. 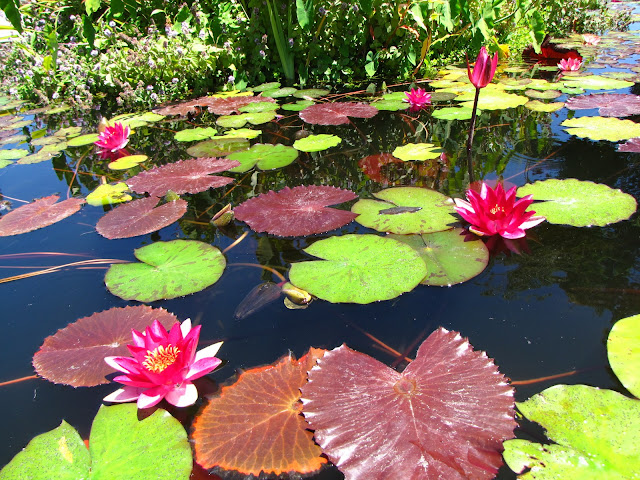 There was a beautiful large raised lily pond.  I wish I had taken a picture of the whole thing.  It was full of lily blooms. 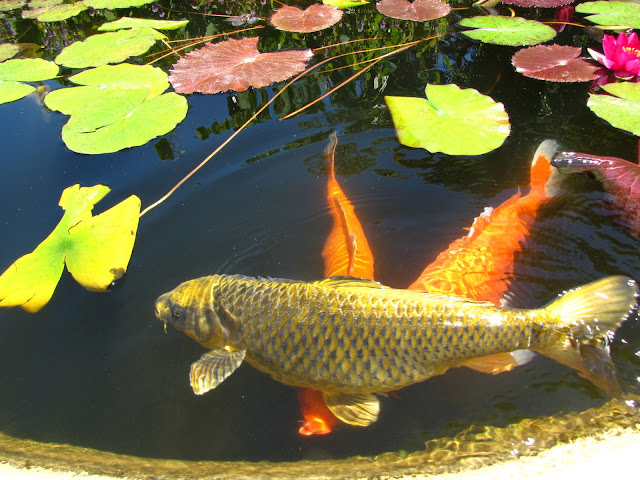 It was also full of very friendly large Koi.  They would come splashing up to any visitor that came close to the side. 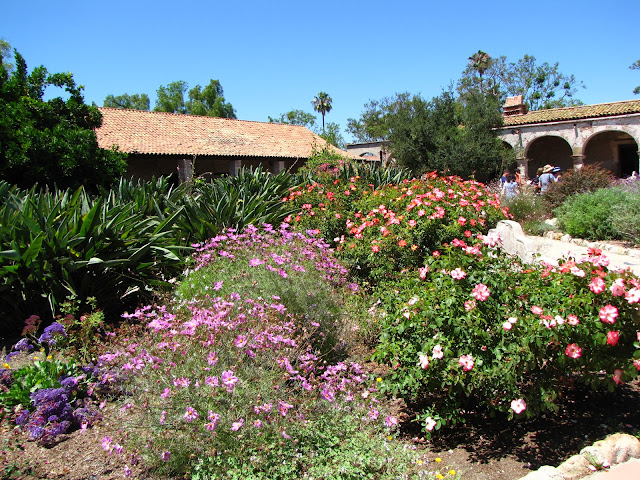 I think if I ever move to a warmer zone I would use the plantings here as inspiration.  Pictures can't capture the beauty of it. 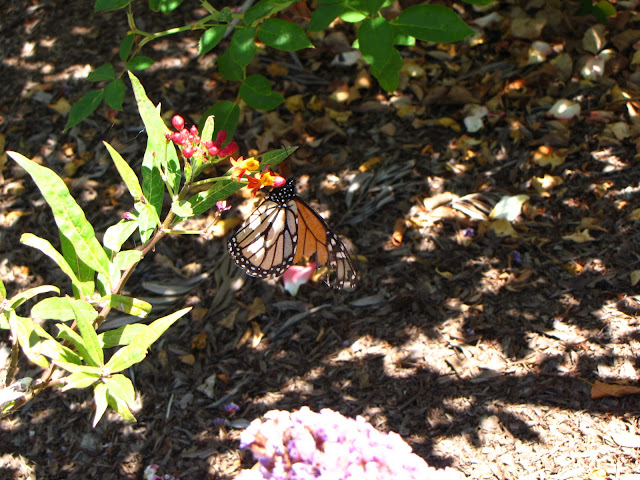 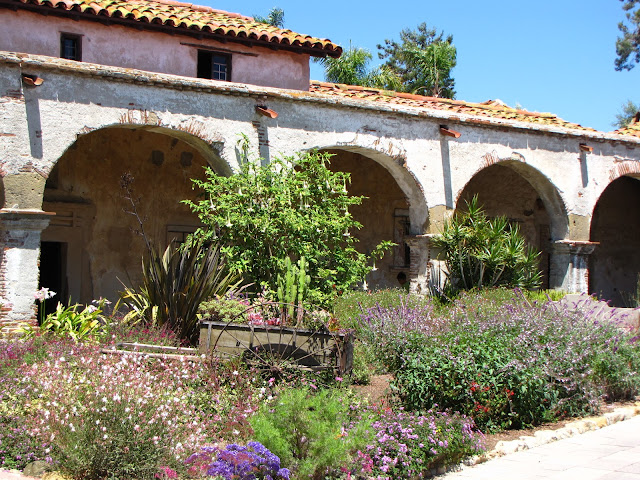 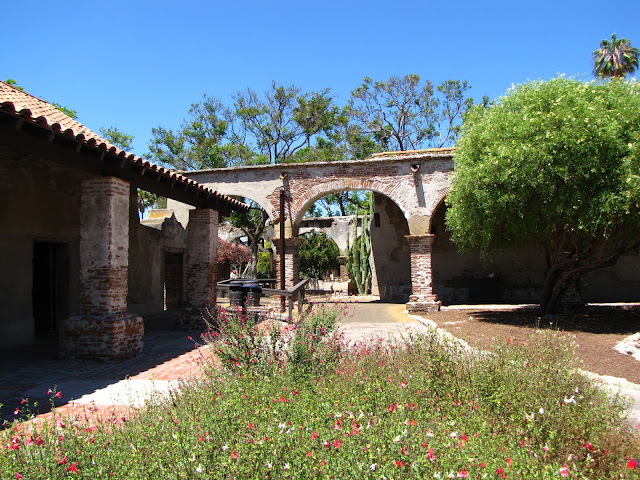 The buildings are full of history.  I love the beautiful Spanish architecture. 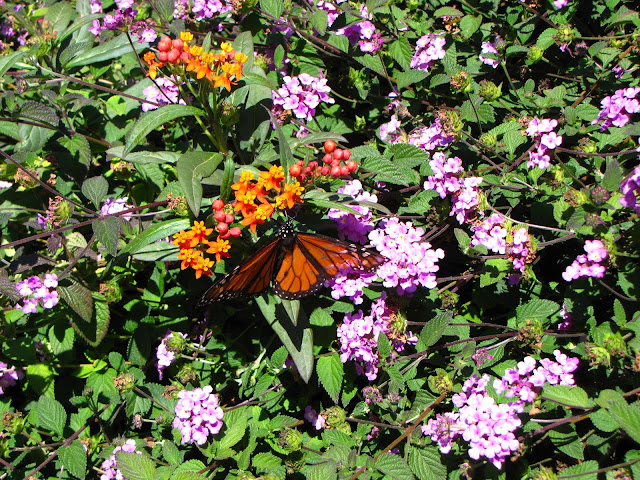 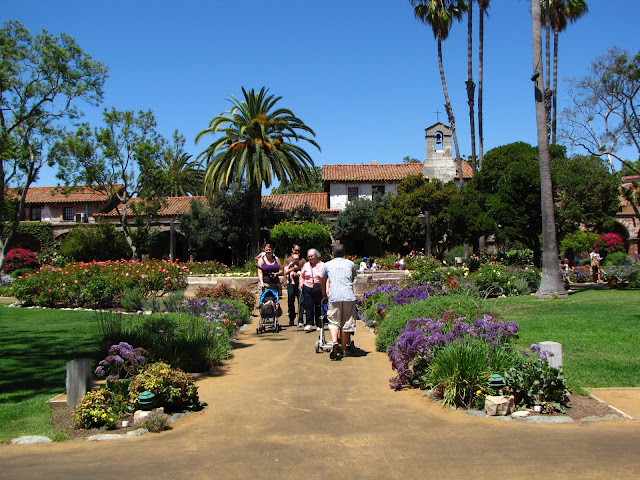 On the other side of the Mission was this lush area which had many trees for shade.  Another raised pond is behind the people. 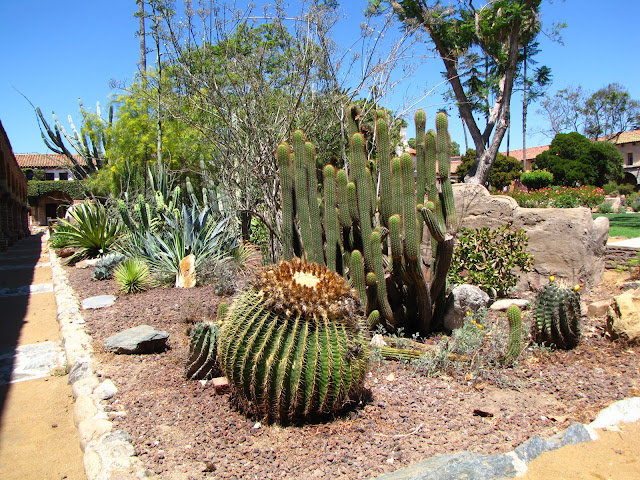 One of the cactus gardens. 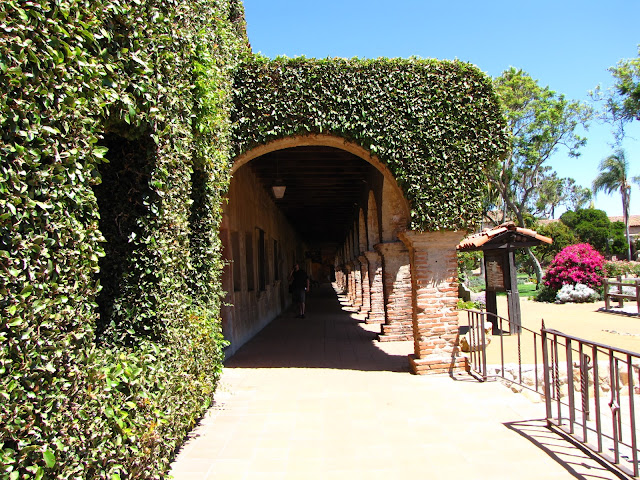 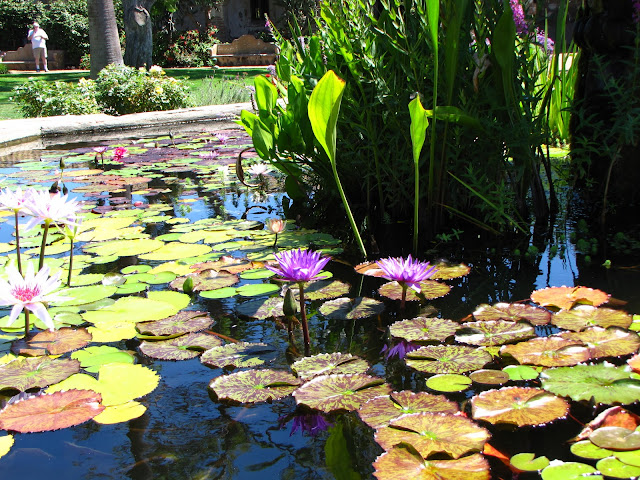 The second lily pond.  I had to keep stopping so I could take in the beauty of this place.  Of course my kids by now were asking about where the gift shop was. 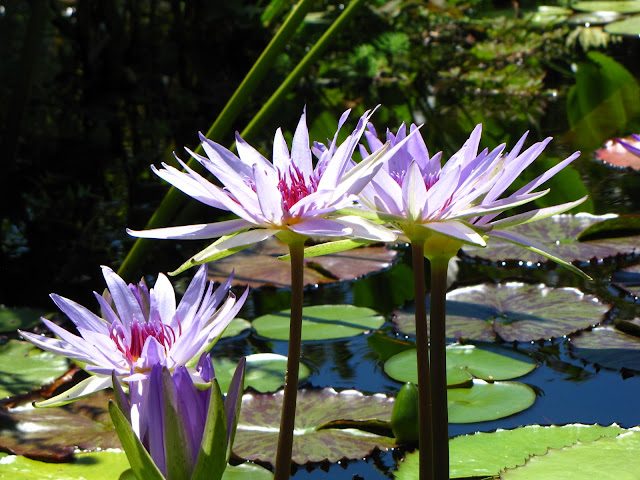 Beautiful Water lilies which I'm guessing are a tropical variety that wouldn't grow for me.  There was also a vegetable and herb garden and an amazing grape arbor.  They are all used for educational purposes. 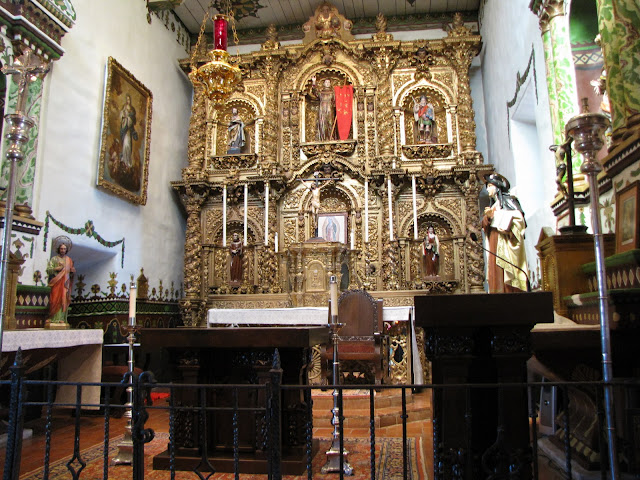 This altar was brought from Spain 300 years ago.  The Serra chapel (named for Father Juniperro Serra who established the Mission) is still used. 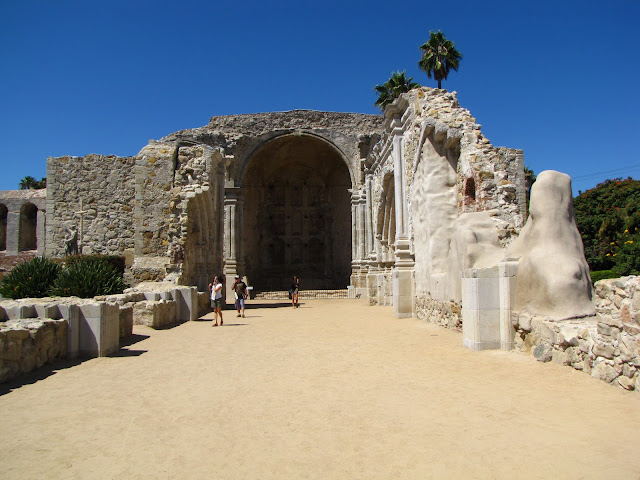 These are the ruins from the Great Stone Church that was badly damaged during an earthquake while mass was taking place in 1812.  It is a historical landmark and one of the oldest building on the West Coast.
I did see that there are garden tours that take place here, which one day I would love to be able to go on.   For more information on the history of San Juan Capistrano go here.
Just looking back at these pictures reminds me of how good the sun felt that day.  I think it will be a long while before we see that type of weather again.