I haven't had a chance to join Tootise for Fertilizer Friday in weeks.  So, even though it's later in the day I still wanted to join in.  I thought once school started I would have lots of free time, instead it's busier than ever.  This past week has been busy getting ready for the Littlest Gardener's birthday.  She will be turning 4 on September 12th.  It's amazing how fast time really does fly.  She has big plans for a Little Mermaid party and so we've been busy getting decorations, baking cupcakes and planning out her party.  And part of getting ready was finally getting plants in the ground that have been sitting in the front yard for weeks.  And so as I'm planting things I notice that I better get some weeds pulled.  While weeding I notice a bit of pruning I need to do.  So the pruning starts, and then I think while I'm walking around with the pruners I should cut some seedheads from the Veronica that I want to save seed from.  I then had to avert my eyes from anything else that might cause me to get sidetracked again. 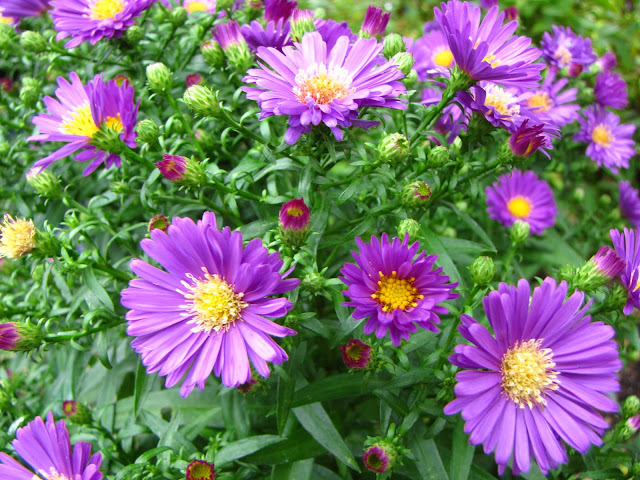 These Asters caught me by surprise.  I had planted them last fall and forgot all about them until I noticed them blooming. 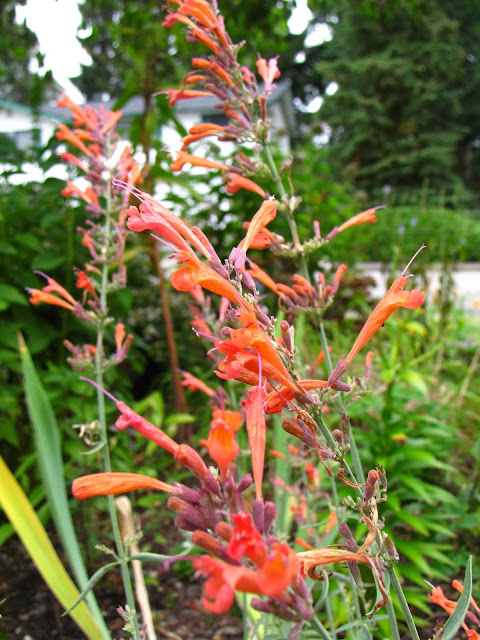 Agastache 'Apricot Sunrise' was one of the plants that had been sitting on the front grass for weeks.  I planted it near some Monarda and Echinacea.  This variety smells so good. 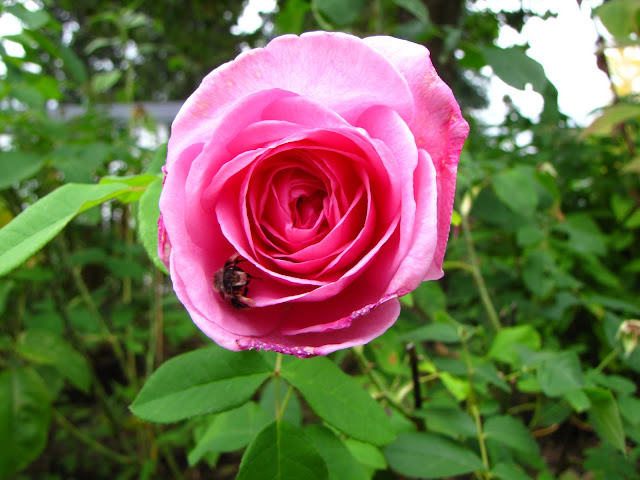 I think this will be 'Gertrude Jekyll's' last bloom this year.  I hope next year will be a better year for it.  Many roses really had a rough summer with blackspot. 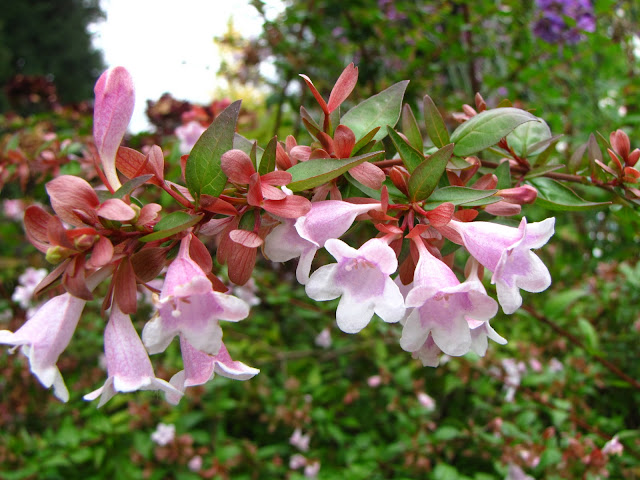 The Abelias are covered in flowers and the hummingbirds are all over it. 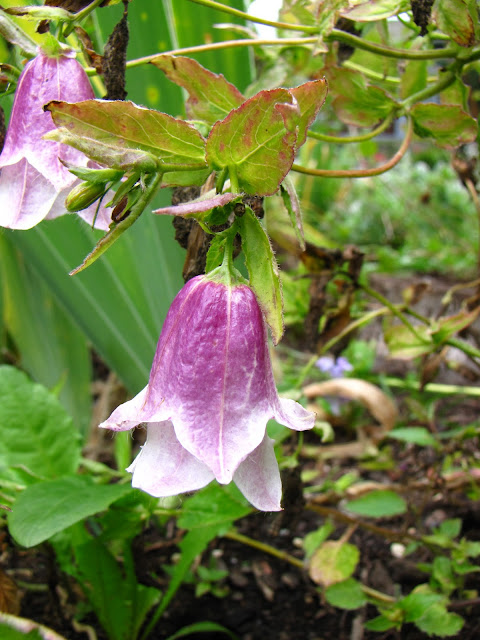 Campanula 'Pantaloons' is on another round of blooms. 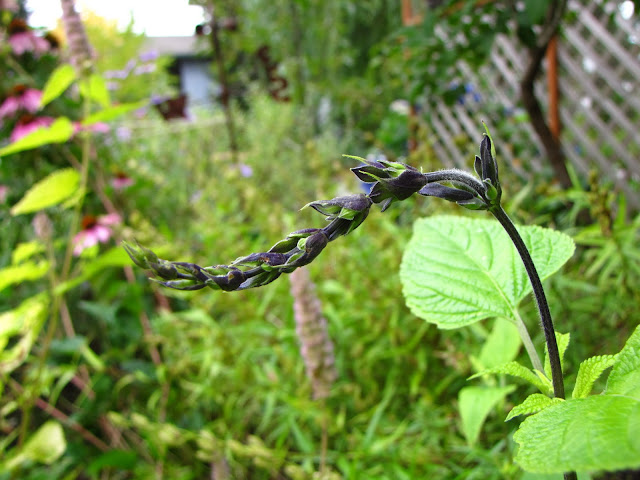 This was probably my biggest surprise of the year.  I thought that this Salvia 'Black and Blue' had died over winter, then it started sending up a few leaves.  Then nothing more until the last couple of weeks when it really took off growing. 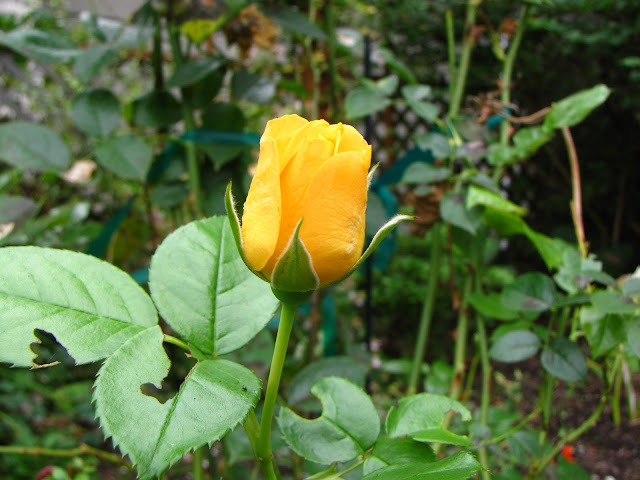 Rose 'Julia Child' did so well this summer.  Not bothered by disease and bloomed a lot even in part shade. 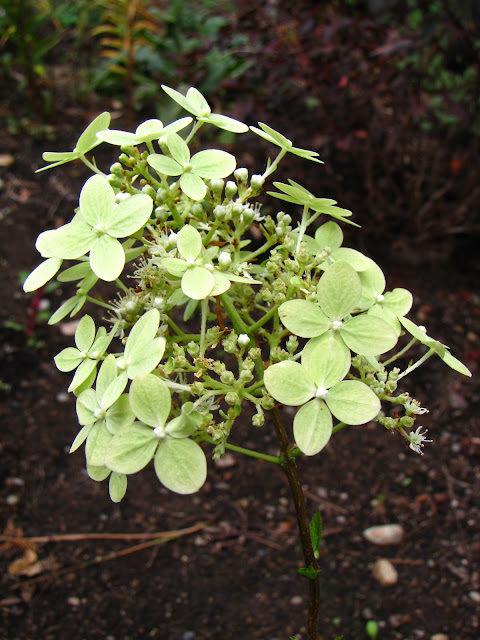 One of my new Hydrangeas.  I've heard so many good things about 'Limelight' that I made a spot for it in my backyard. 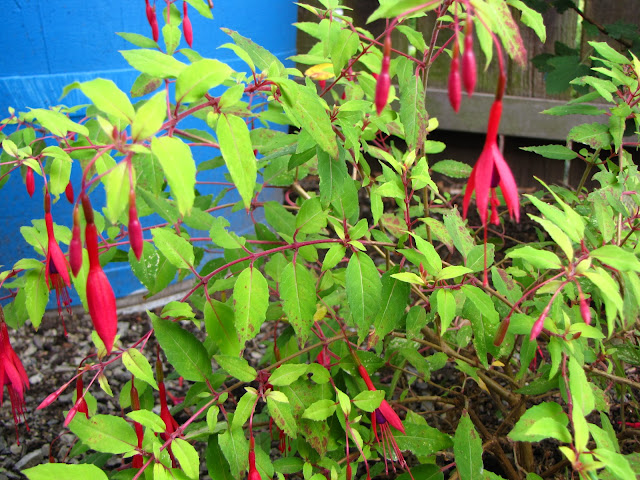 Fuchsia magellanica 'Aurea' is so pretty in a shady area.  I've noticed that hardy Fuchsias are having a great year.  They are all huge and covered in flowers. 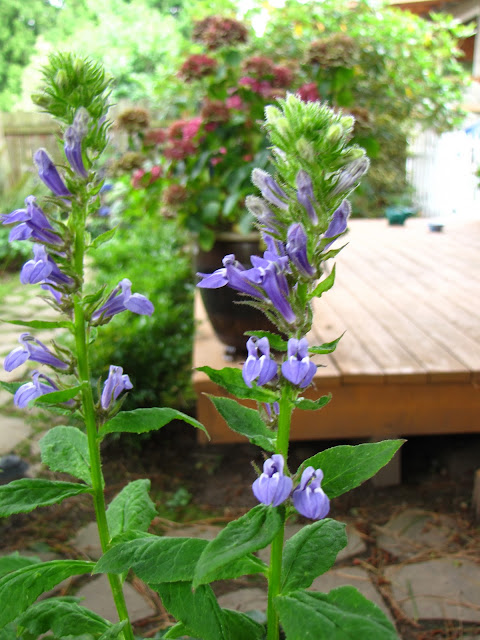 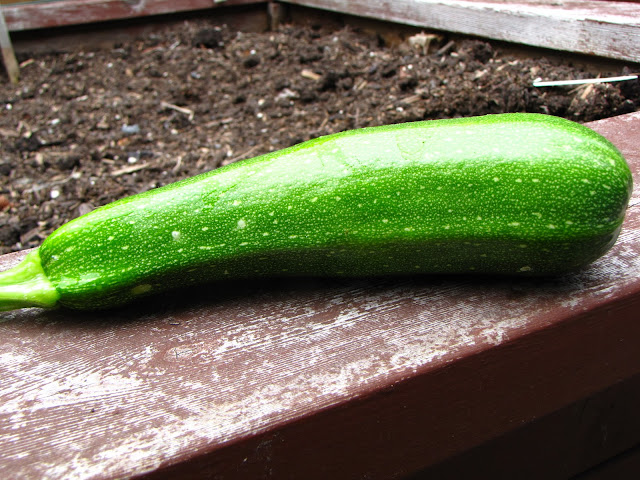 Zucchini 'Jackpot' has been producing pretty well.  These are a bush type and take up far less room. 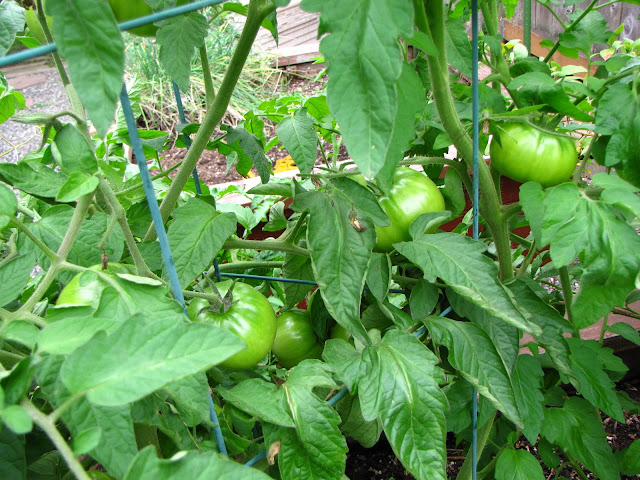 The big talk amongst many gardeners around here is, "Will the tomatoes ever ripen?"  It seems to be a big topic of conversation since most people have not had one ripe tomato other than grape or cherry tomatoes, which are also very slow.  This is the first year that we haven't been eating them for at least several weeks by now.  Many years we have so many they start rotting on the vine. 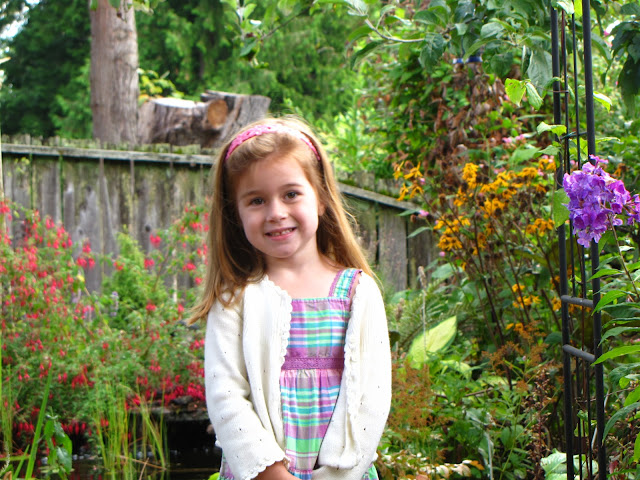 And the birthday girl herself, the Littlest Gardener posing in the backyard.  She has already helped to choose Daffodil and Tulip bulbs to plant this fall.
To see what is blooming in other gardeners gardens now visit Tootsie Time.