April End of the Month View.

The months are flying by so fast I forgot again about joining in with Helen at The Patient Gardener's Weblog for the end of month view. I joined in taking pictures of my entry garden last September. When looking back at September's post I saw that it really didn't look that much different as it does now. Things were just finishing up for the season and the Japanese Maple's leaves had just barely begun changing, where as now the plants are just getting ready to start blooming. But if you want to see how this same place looked in December click here. Now that's a big difference! 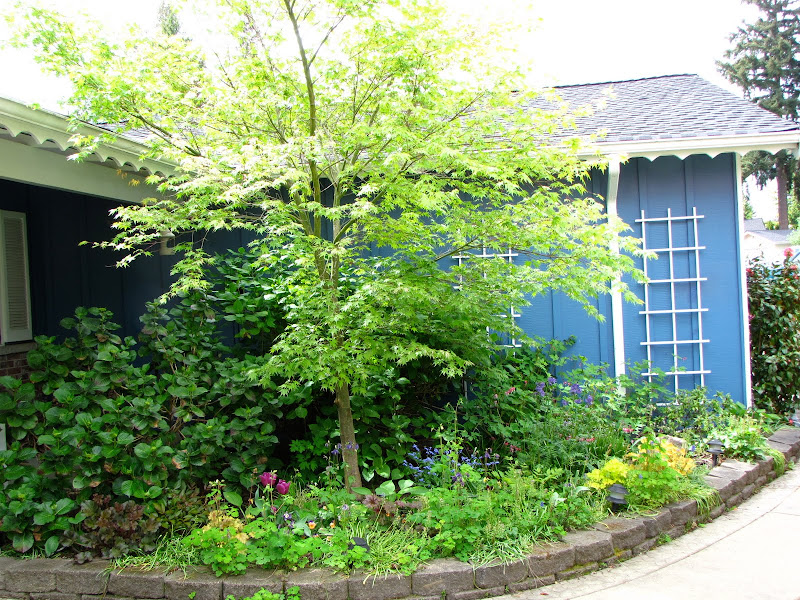 Japanese Maple 'Orido Nishiki' was worth every penny we paid for it. It seemed like an overpriced stick when we planted it about 6 years ago, now it looks like a real tree. The Hydrangeas have grown much larger than I ever expected them to. They are both loaded with buds. 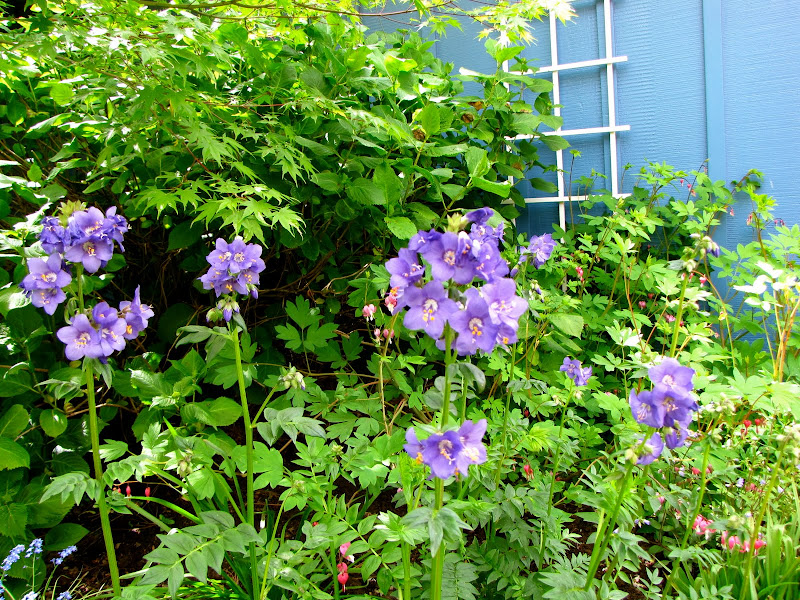 Blooming under the tree are two different types of Jacob's Ladder (Polemonium) neither of which I know the names of. I have a variegated type in other parts of the yard but they seem to bloom much later. This taller purple one reseeds and smells like grapes. 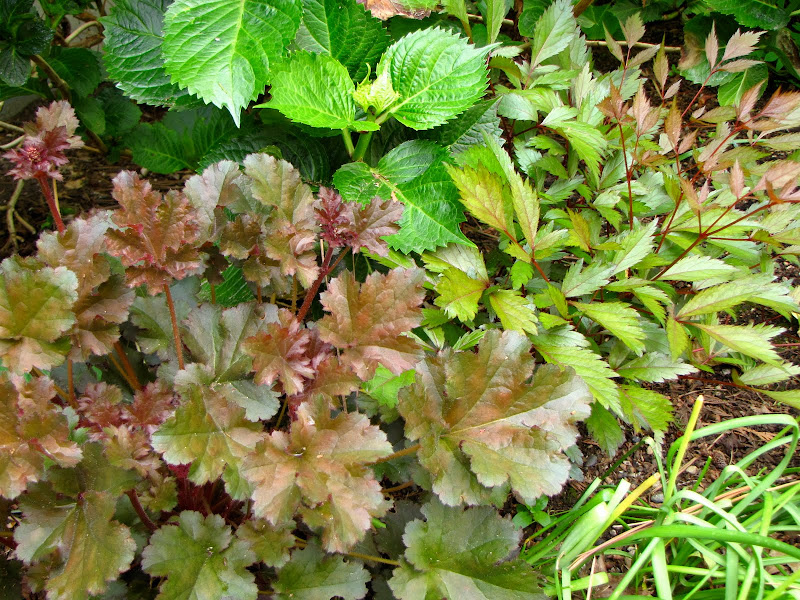 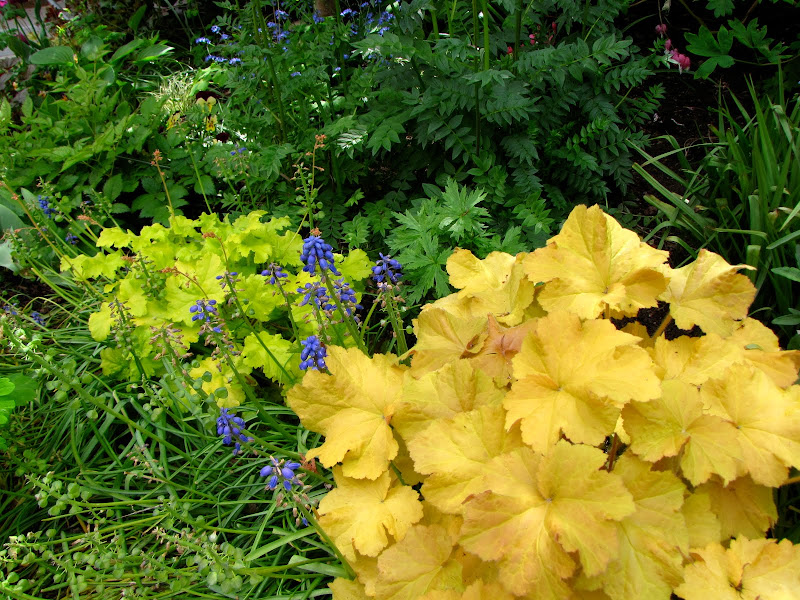 Heuchera 'Caramel' on the right and 'Dolce Key Lime Pie' on the left. There are several other Heucheras in this bed as well, and some have just begun blooming. The leaves coming up between them are from Trollius 'Cheddar'. I'm really happy to see it coming up, the yellow flowers smelled like jasmine.

Helen is getting her garden ready for the Malvern meetup which is coming up soon. Many garden bloggers will be meeting for the Malvern Spring gardening show in the UK in May. I wish I was going to be one of them, maybe another year.