While the flowers have pretty much finished for the season I've been focusing more of my picture taking on the different birds in my yard. The hummingbirds, as many people know, are some of the most difficult to take pictures of. We've had quite a bit of hummingbird activity lately here. Over the last three or four years I've noticed that the Anna's hummingbirds stay here through the winter. They love the hardy fuchsias and Abelias, but I also keep the feeders freshly filled. If we ever do have a heavy frost or freeze the fuchsias will be no longer be blooming and I want them to have a place in my yard for them to get a drink.
I've taken pictures of hummingbirds before, and gotten some pretty good pictures for a "point and shoot", but the one thing I've had difficulty in doing is getting more than one shot before they fly away. Now that I have my new camera (new since around May), a Canon Powershot SX10 IS, to use this winter I've been trying all different settings to see what works the best. 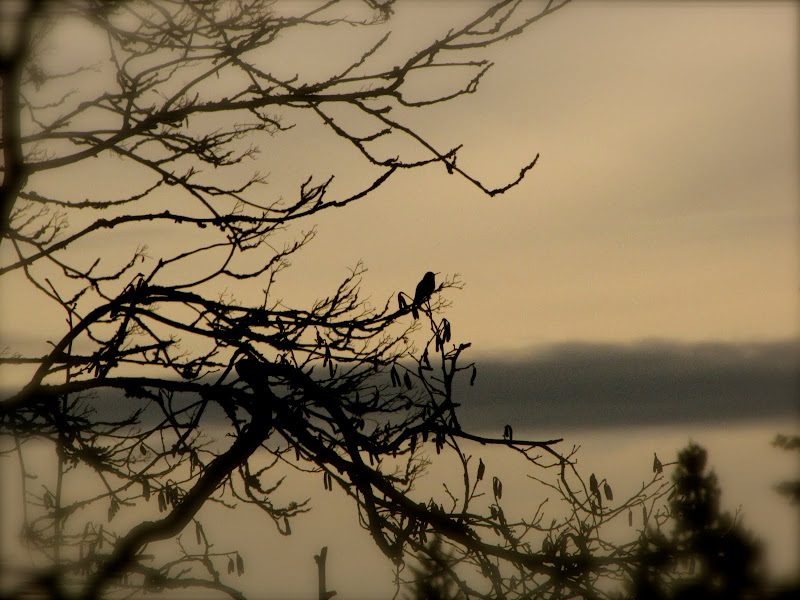 Perched in a resting spot in a tree in the schoolyard, this female Anna's hummingbird rested between visits to our feeder. 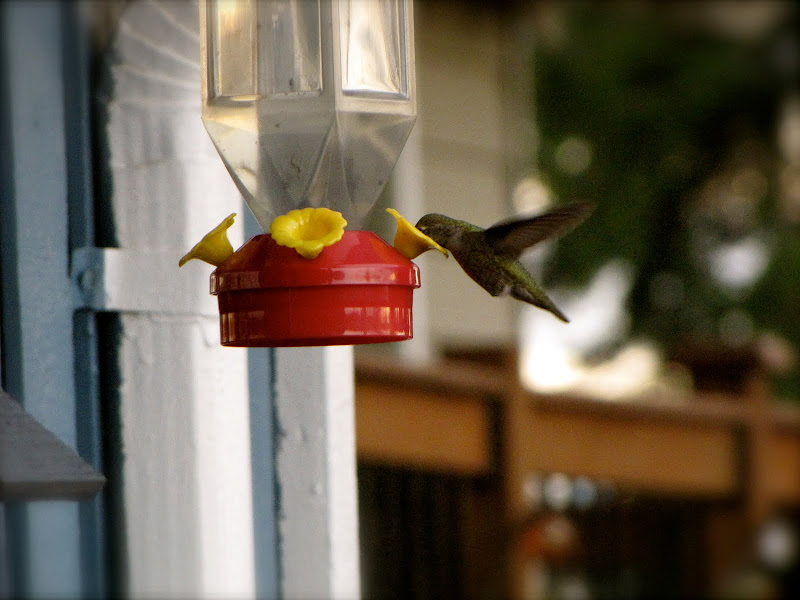 I've been trying everything to capture them, but they are so fast that it's hard to get a good shot. 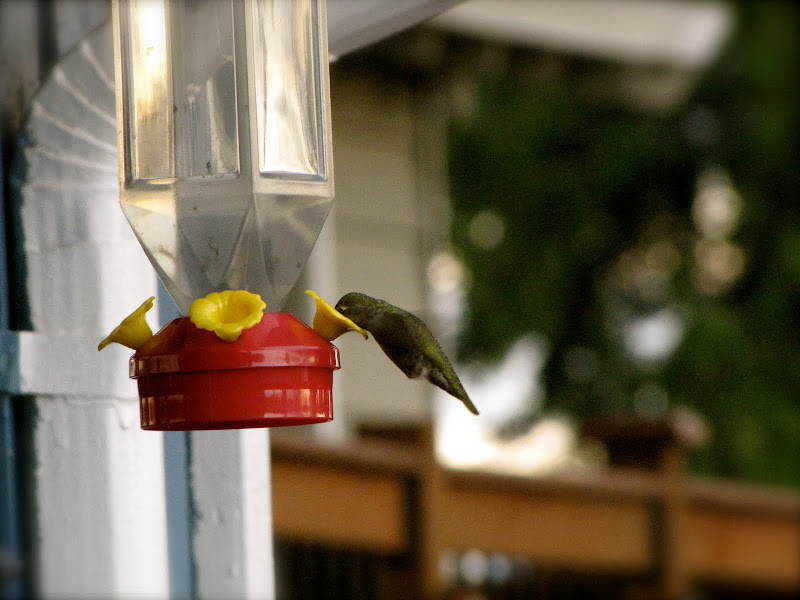 Not long ago Kathleen mentioned taking some bird photos in Sports mode on her camera. That made perfect sense to me. So I changed my setting to the Sports mode to see what would happen. All of these pictures are taken in that setting. 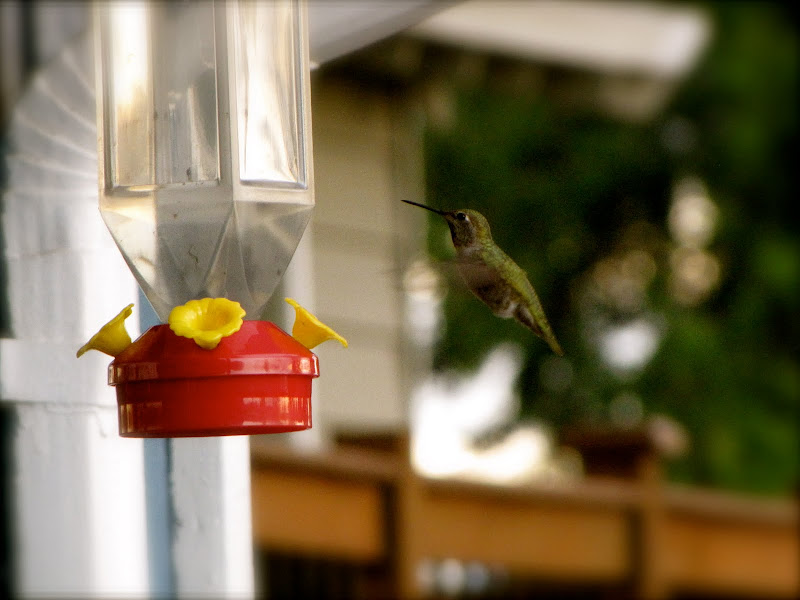 Although the lighting wasn't the best I was able to capture quite a few shots in this mode. I was able to take continuous shots which is something that I've had hard time getting my camera to do in other settings. 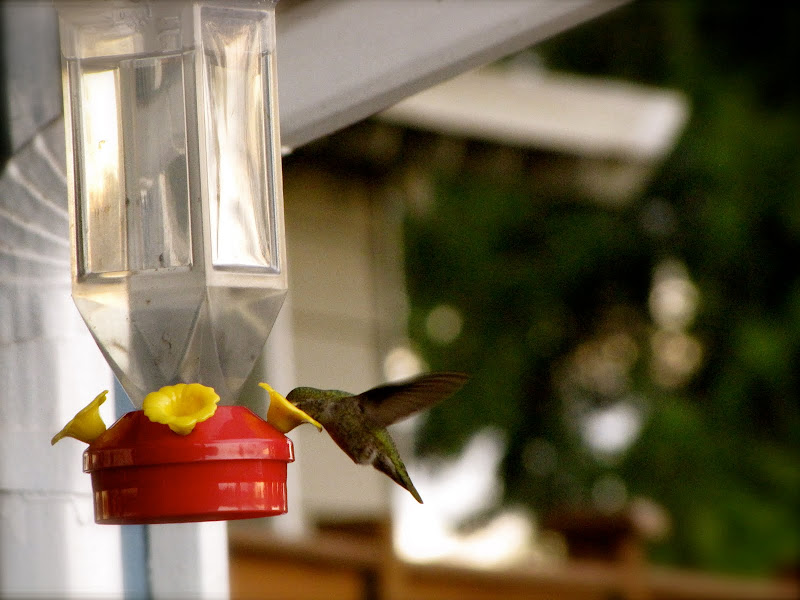 I hadn't been able to capture a wing in mid flight before, so the Sports mode really helped. I've read reviews on my camera and found that others saw the same thing in Sports mode, not the most clear but able to capture continuous action photos . In this review I read that using the Aperture Priority mode ISO 80 took a much more clear picture.

The main reason I got this camera was to take pictures of my family, and with one daughter already in sports I want to be able to take some clear action pictures of her. Basketball season has just begun and now thanks to the hummingbird I'll have some experience with the sports mode. I'll also be trying the Aperture setting mentioned above and see what the differences are.

Posted by Catherine@AGardenerinProgress at 9:55 AM