The month of November is quickly going by and I'm happy that I do still have some blooms outside. The last couple of days the sun returned and we had beautiful blue skies and mild temperatures. I've noticed that however many long rainy and gray days we have around here, as soon as the sun returns I forget just how sick of the rain I was. It's like the sun cancels out all the feelings of laziness and grumpiness and infuses me with energy. Today, though it was back to rain with the chance of a little snow tonight. The news is already getting excited about the possible snow and has reporters stationed around different areas each hoping they are the first to see the first snowflake. I'm not sure if that's how the news is everywhere, but here they sure do get excited when even the slightest change in weather is predicted.
While the sun was out I was able to get some leaves raked in the front yard and pulled up the dead Zinnias and cut some perennials back. While I was out there I found these flowers blooming. 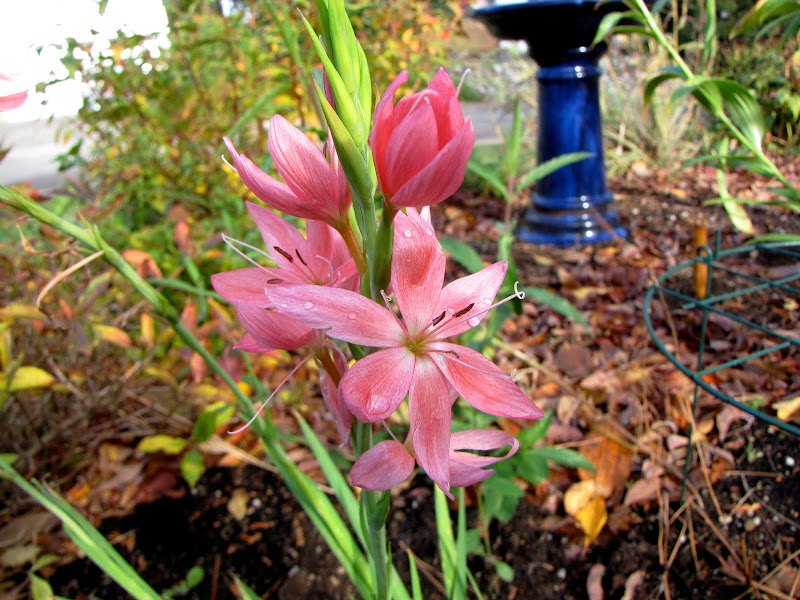 The Kaffir Lily (Schizostylis) 'Fenland Daybreak' that I recently planted is just so pretty. I planted it where we can see it from inside and it's such a nice cheerful color. 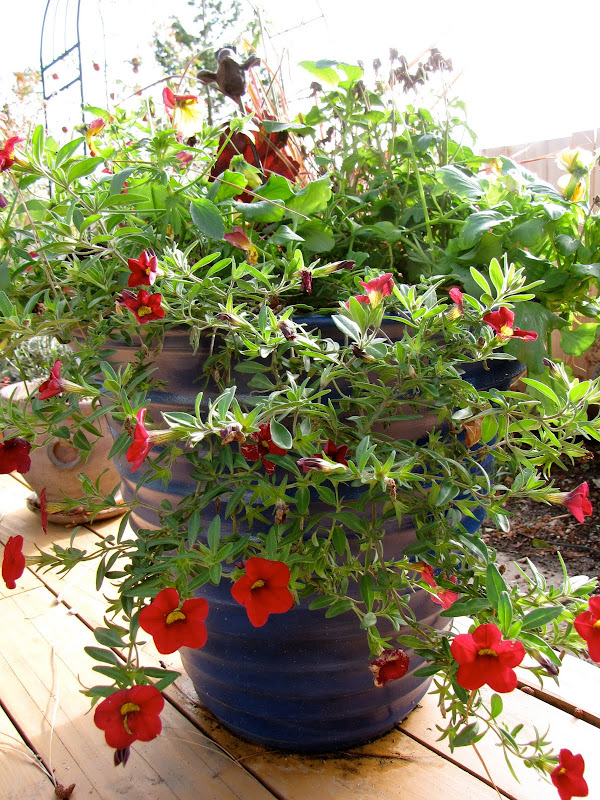 My fall planter is still doing well. We still haven't had a frost so the Calibrachoa is going crazy with flowers. 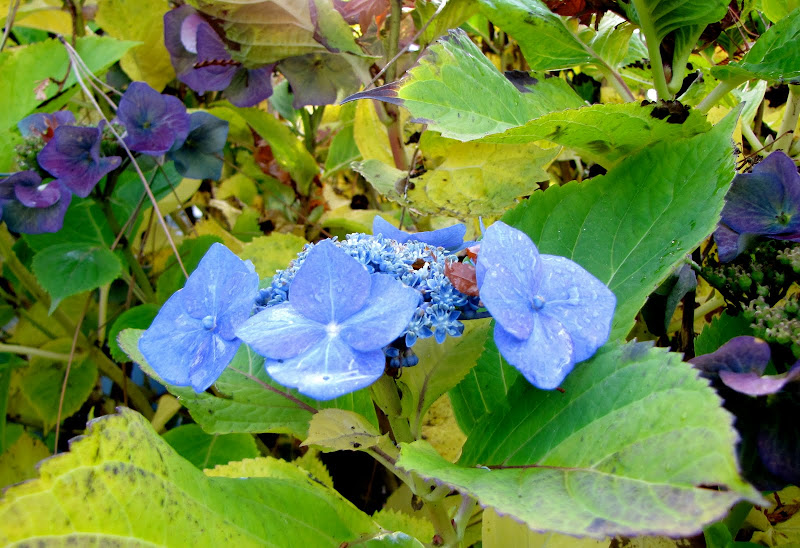 The giant Lacecap Hydrangea had a fresh bloom recently which just pops against the dark purple older flowers. 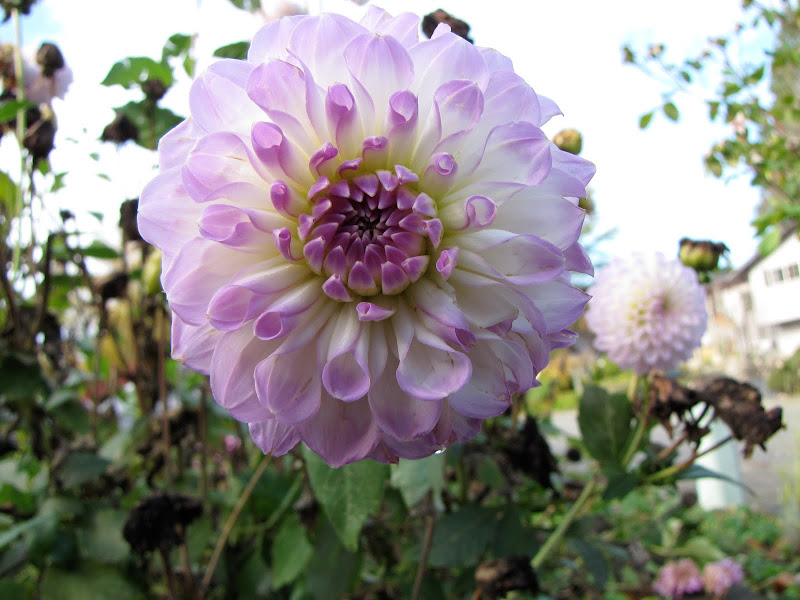 Dahlias are luckily still doing great. I was planning to dig and divide the tubers this fall. I usually leave them, but I'd like to spread them to some other areas too. I found some great information on digging and storing dahlia tubers. Click here to read about how from the Snohomish County Dahlia Society. 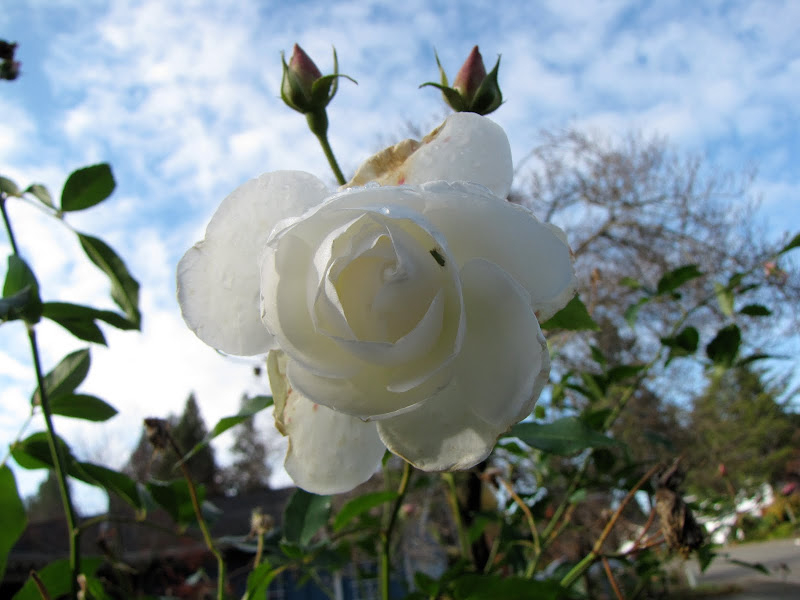 The 'Iceberg' Rose always looks great against a blue sky. You can see that the two new buds are both pink. 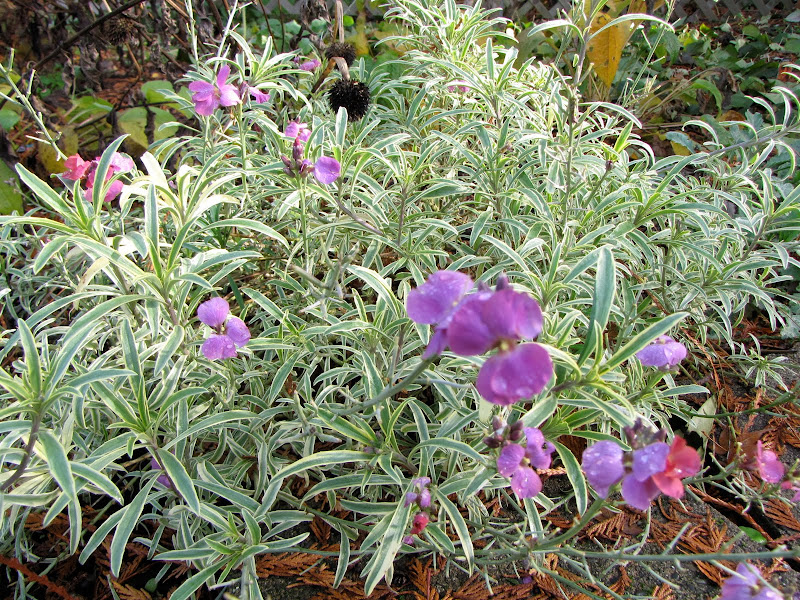 A big favorite this year is the Variegated Wallflower (Erysimum). No signs of slowing down at all. 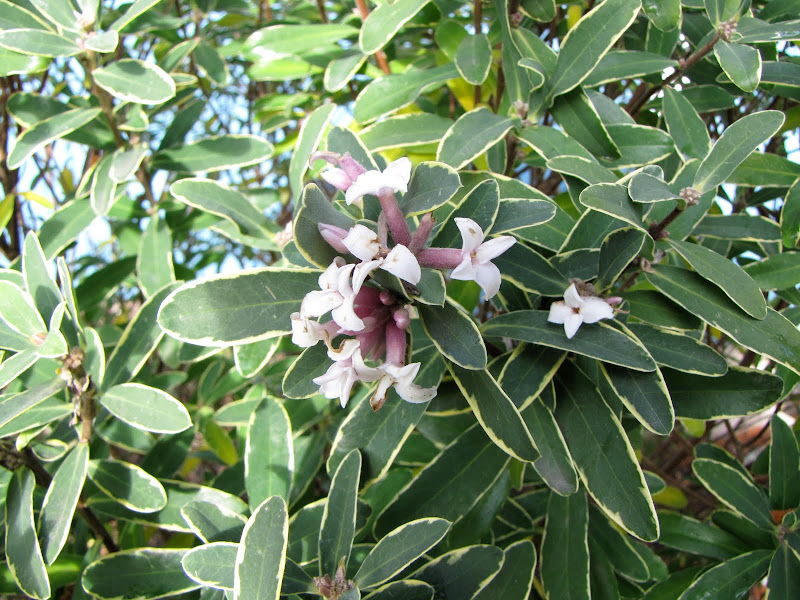 One of my favorite shrubs is Daphne x transatlantica 'Summer Ice'. It's been in bloom for many months and still has more buds. It's foliage is just beautiful and is evergreen. I know some Daphnes are temperamental, but I have never had any problems with this one in the 4 years I've had it. 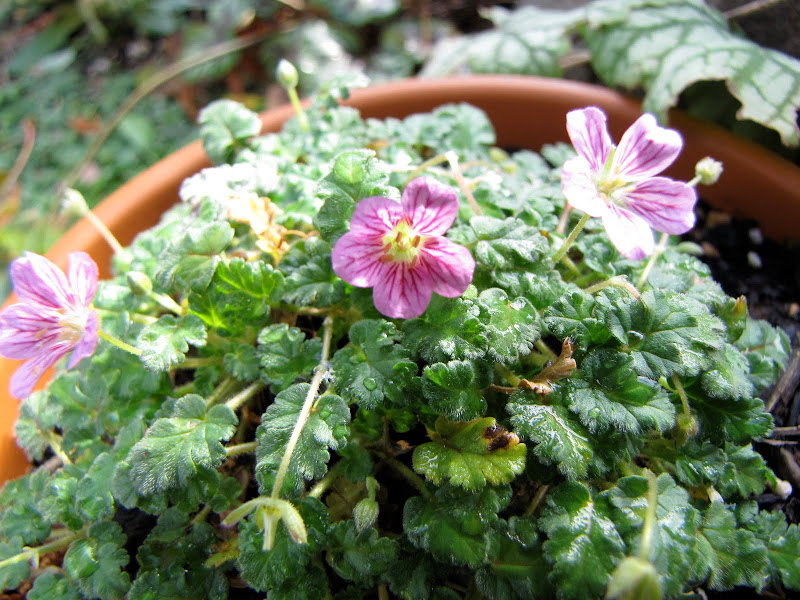 Erodium 'Flore Pleno' is so cute to me. I have this in a little terra cota pot near the pond.

I have a few more flowers blooming that I'm saving for Bloom Day on the 15th if they are still around after the "possible snow".
Fertilizer Friday is hosted by Tootsie at Tootsie Time every Friday. Visit her to join in or see what else is blooming.

Posted by Catherine@AGardenerinProgress at 7:32 AM