I love when the forecasters are wrong.  Sunday originally was supposed to be rainy, but instead we ended up with sun!  I didn't want to waste any of it so I headed outside to start working on the area we are going to put the chicken coop.   My husband was only a week post op from his surgery and couldn't help.  Sweet Pea had run a 5K the day before and then played a very rough indoor soccer game (a teammate of her's ended up with a broken rib) that morning so she didn't last too long.  While she was there we got quite a bit done.  Then I was left on my own, but it was worth all the work knowing why I was doing it. 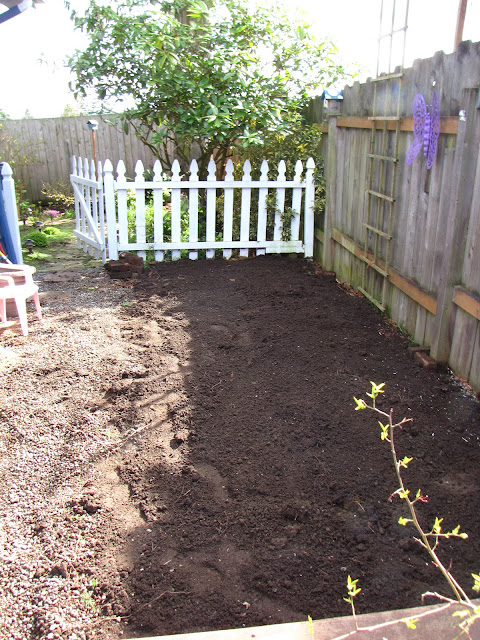 Before there was a plastic playhouse, a raised bed, a wine barrel planter and there was several inches of pea gravel that had to be moved.  In a couple of weeks we will hopefully start and finish building the coop during the kids spring break. 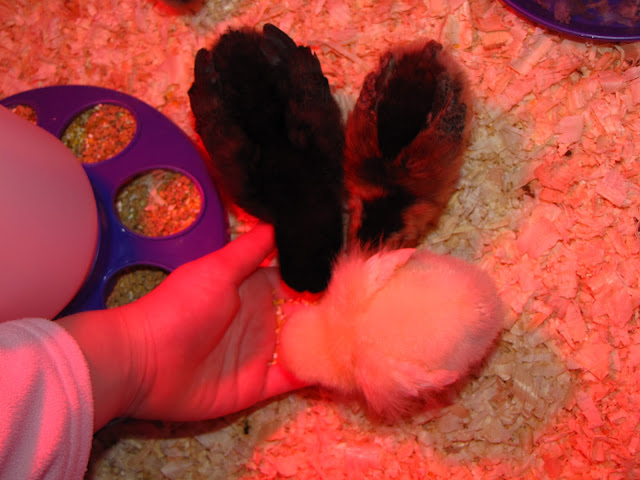 The chicks are growing so quickly, just like the garden right now, they seem to change overnight.  Everything I've read and everyone I've talked to has told me the importance of handling the chicks and having them get used to us.  We all take turns giving them scratch (a "treat" for chickens) from our hands and we can now predict who will be the first one to come over, who will jump up on our arm and who will be the last to timidly squeeze in.  The Black Star ,which was named Stamatina by my husband, is now being called Tina Fey.  According to my husband her middle name is Stamatina.  Tina Fey rolls off the tongue a lot easier!  Wonder if she would be proud or insulted to have a chicken named after her? 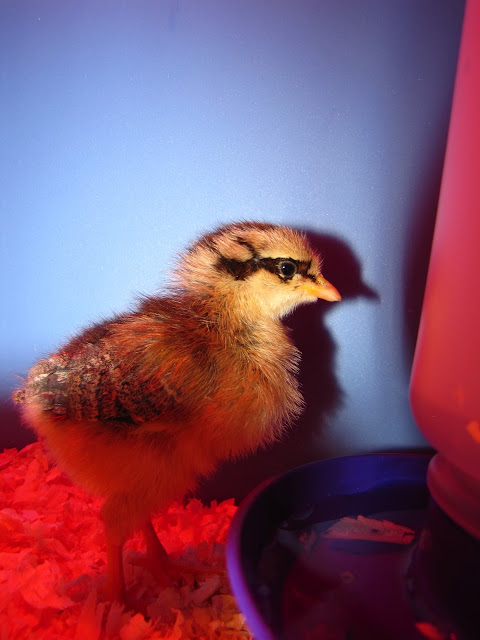 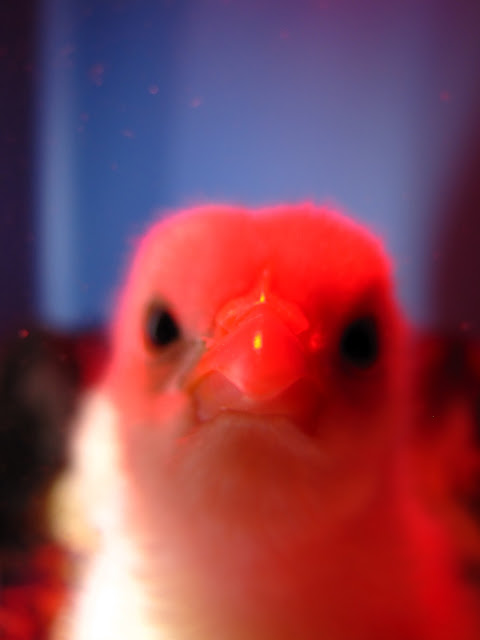 Chirpy is quite nosy and wanted to see the camera as closely as possible. 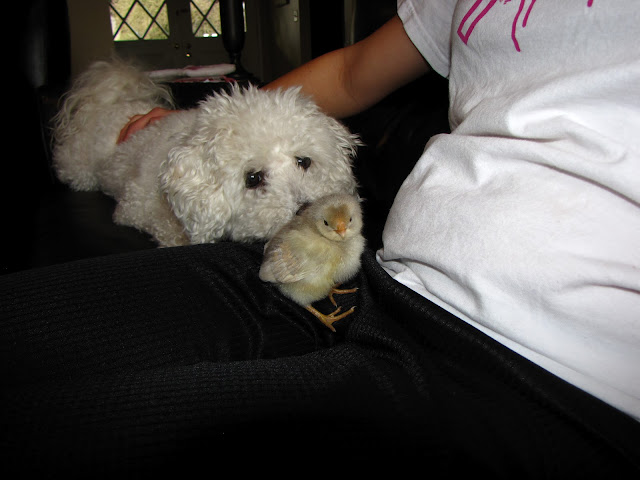 Blossom, on Sweet Pea's lap, with Gracie checking her out. 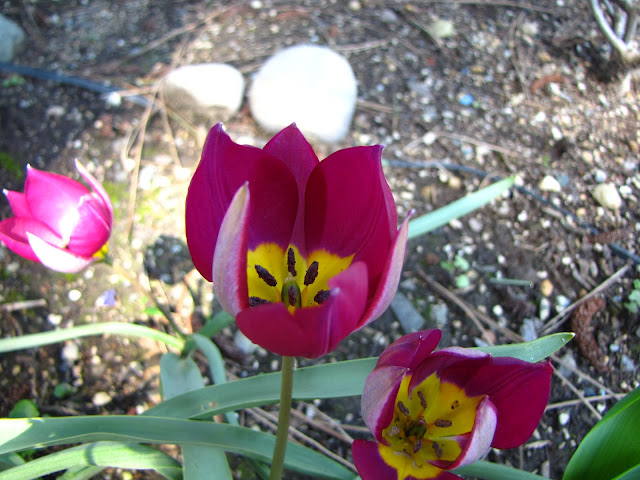 On Monday we had sun again although I didn't really have time to work out in it, I wanted to take some pictures since so much is starting to bloom now.   These were tulips I bought in a box from the grocery store last fall.  They are so pretty! 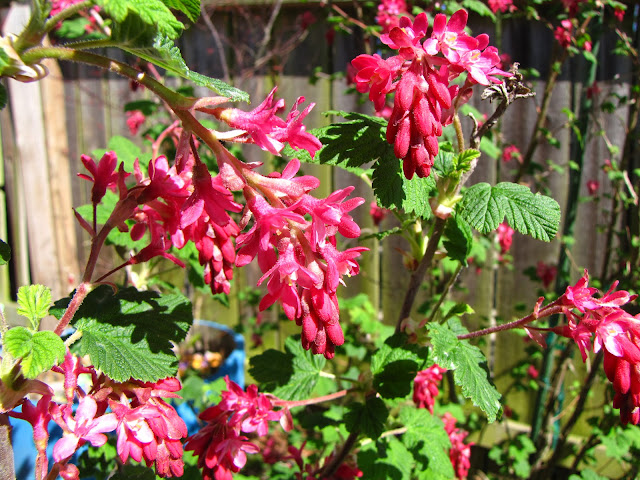 Flowering Currant 'Prince Edward VII' is one I would highly recommend.  It has grown quickly, has tons of flowers and has survived under a big Cedar tree.  I have another unnamed Pink Flowering Currant that does well under a Pine tree, but this one is my favorite. 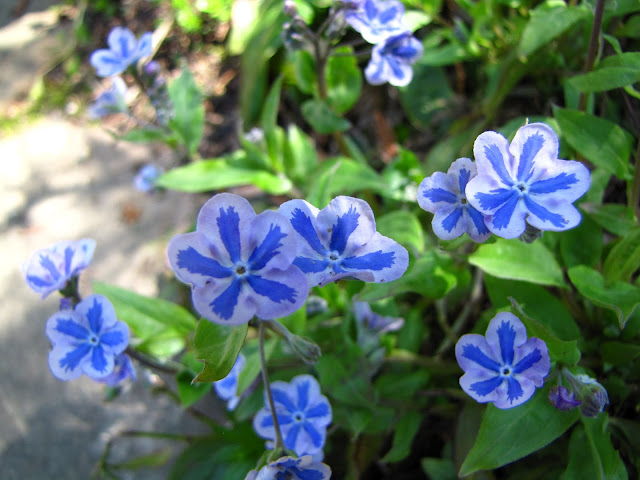 Navelwort 'Starry Eyes' is so sweet.  It is slowly spreading in the shady path garden. 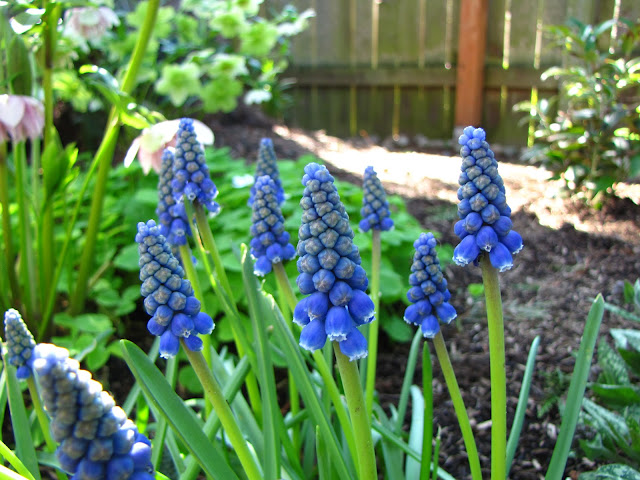 Grape Hyacinth are starting to bloom. 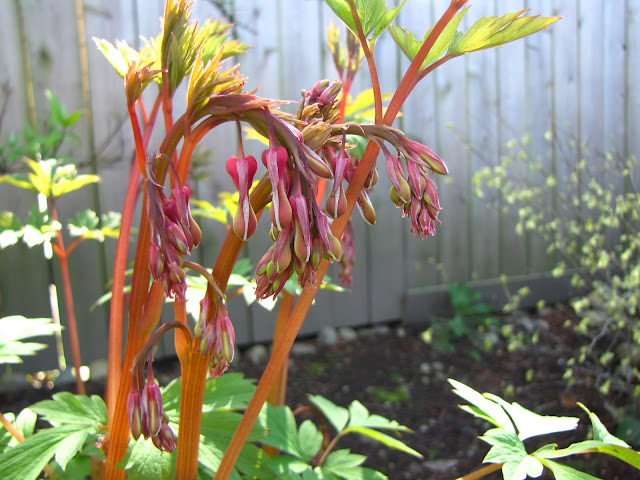 Old fashioned Bleeding Hearts are days from blooming.  I think they are my very favorite spring flower. 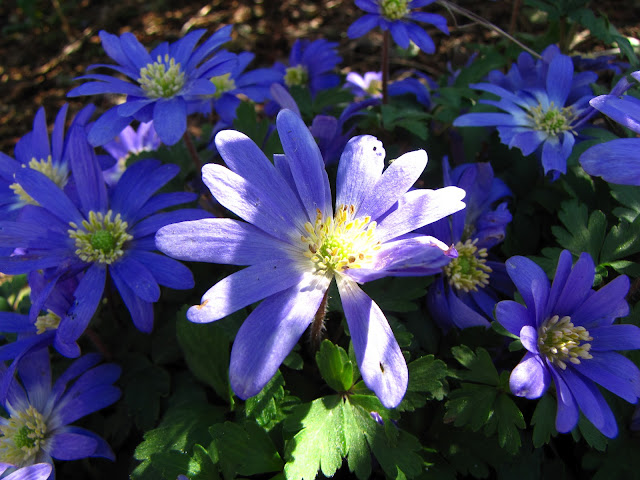 Anemone blanda always surprises me each year.  They seem to just pop up and bloom overnight. 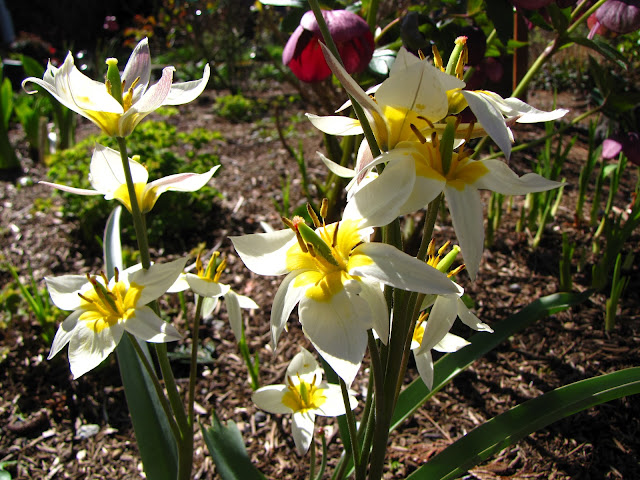 This Tulipa turkestanica is a little past it's prime but I wanted to show how pretty it looks with the sun shining on it.

We're back to rain again, but it looks like next weekend should be sunny.  This time I hope the forecast is right!
All words and photos in this post are property of A Gardener in Progress.