A few days ago I would've sworn I could feel the beginnings of fall in the air.  The cooler evenings (not that we've really had any warm evenings this summer), getting darker earlier (that always makes me sad) and the Ponderosa Pine needles dropping all over the deck (my least favorite thing to clean up).  But the weather has decided that it's finally summer and it's been quite warm.  Over the weekend we finally hit the high 80's and aside from some rain and lower temps a couple of days ago it's been up the 80's and predicted to stay that way through the weekend.  During the month of August I'm typically sick of dragging hoses around and start letting most plants fend for themselves.  This year I barely had to water at all until August, making me less annoyed with watering and now wanting me to keep summer going as long as possible.  I'm not ready to let the plants fend for themselves, in fact I'm making it my duty to protect them from the heat.  I'm not ready for summer to end, it's just arrived in this part of the country. 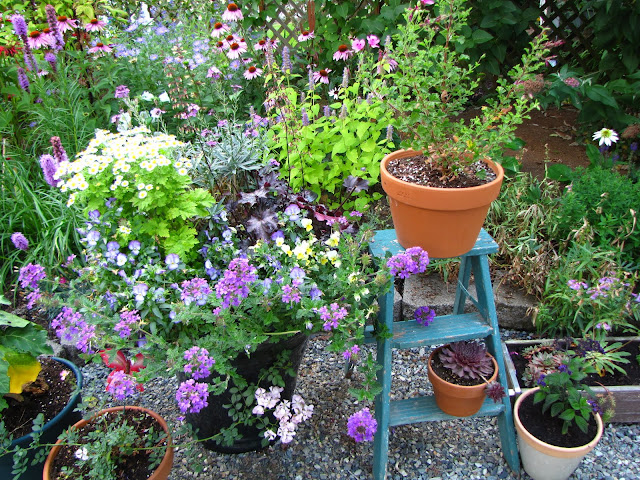 It's hard to believe that Violas are still blooming in August.  Most flowers started blooming late, and many have been hanging on for months.  One that I really can't believe is still going are the Sweet Peas, they've usually all been pulled up a month ago. 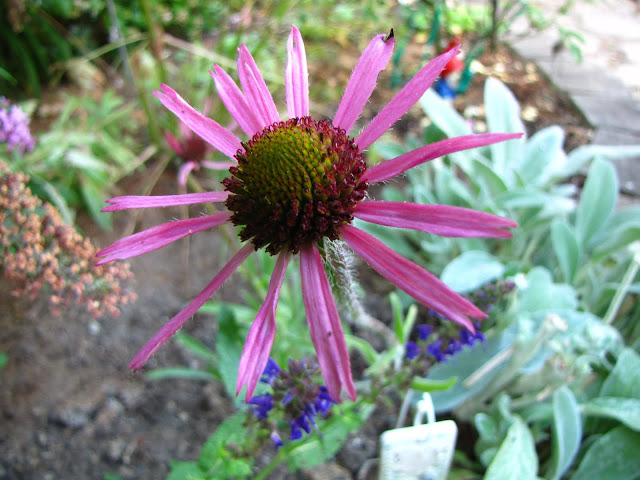 A cute new addition to the garden this year is Tennessee Coneflower (Echinacea tennesseensis). 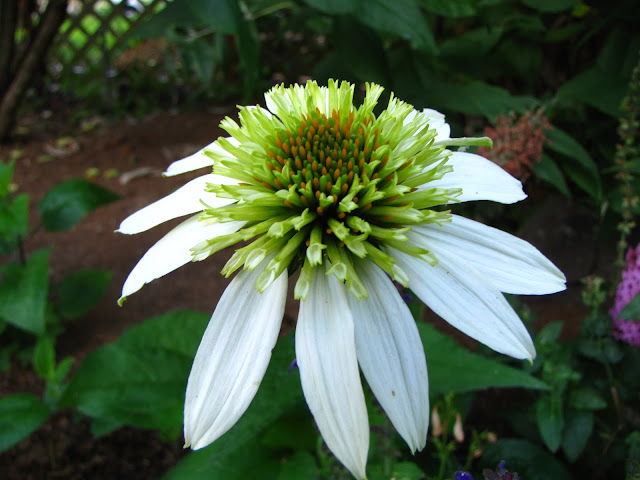 Another new Coneflower is 'Milkshake'. 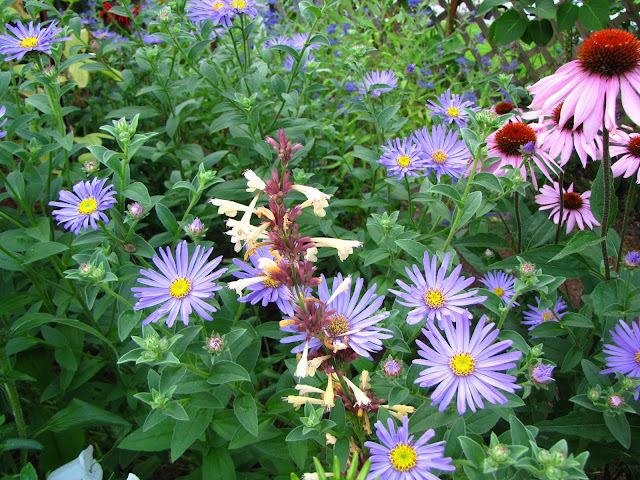 Agastaches have become a real favorite over the last couple of years.  This yellow one is 'Summer Glow'. 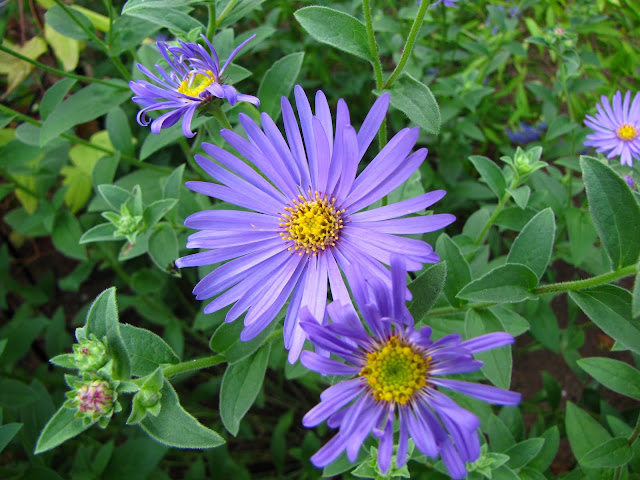 Aster 'Monch' was finally moved from it's old spot of part sun to full sun and loves it.  Time to move the other one out front too now. 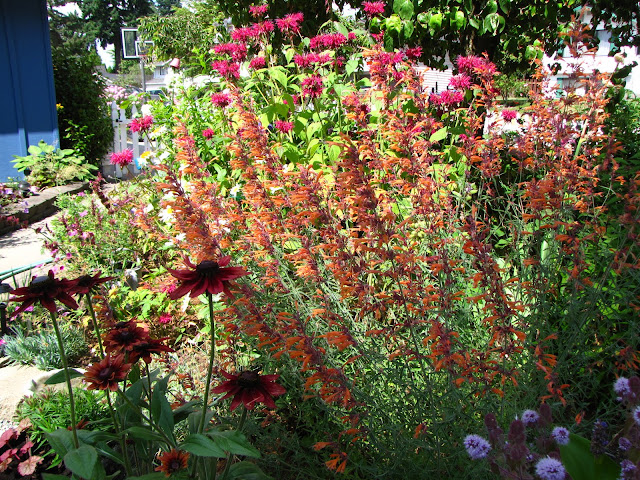 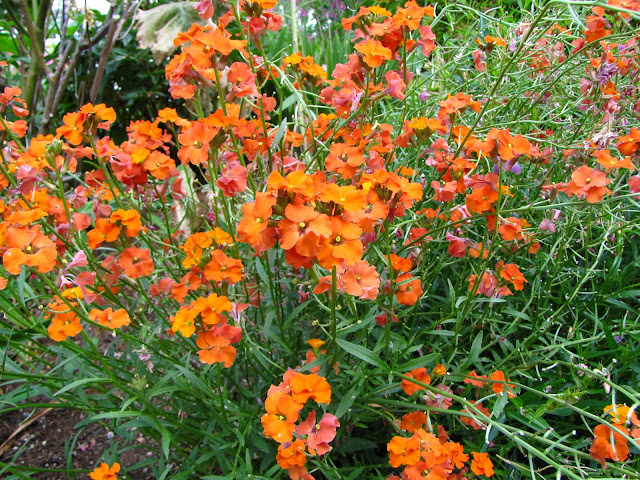 New in the garden this spring was Erysimum 'Apricot Twist'.  It was in bloom when I bought in April and said on the tag it would bloom through May.  Well, it hasn't stopped blooming since April and shows no signs of stopping.  It also has a delicious scent. 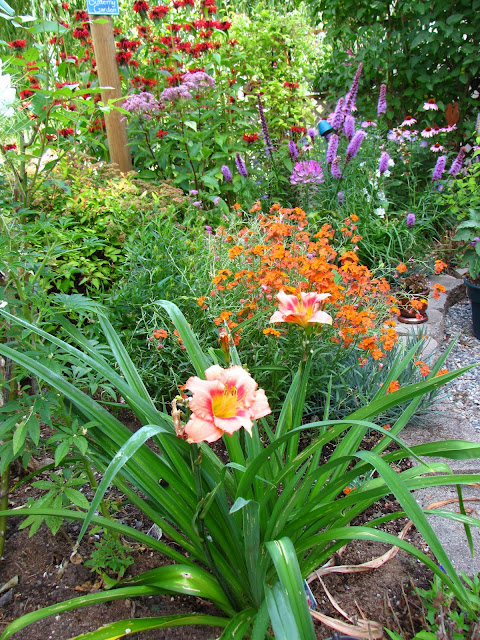 I have it planted near Daylily 'Strawberry Candy' and they look beautiful together.  This picture isn't the best, but hopefully you get the idea.

I know probably most of the country is ready for signs of fall, but I'm just not ready yet!
All of you in the way of Hurricane Irene I hope you stay safe and it passes by quickly without damage or injury.
All words and photos in this post are property of A Gardener in Progress.