The pond and path garden in Ocotber.

October is off to a rainy start, but it's hard to complain after the beautiful September we had.  I always forget how much I enjoy fall.  Here the leaves haven't really started turning yet, but it has cooled down quite a bit.  This is the time of year I like to move things around (although even in the hottest parts of summer I will still dig up and move plants).  This is also a good time of year to find some good plant sales.  One nursery near us had one gallon perennials for $2!
These pictures were taken yesterday while the sun was out. 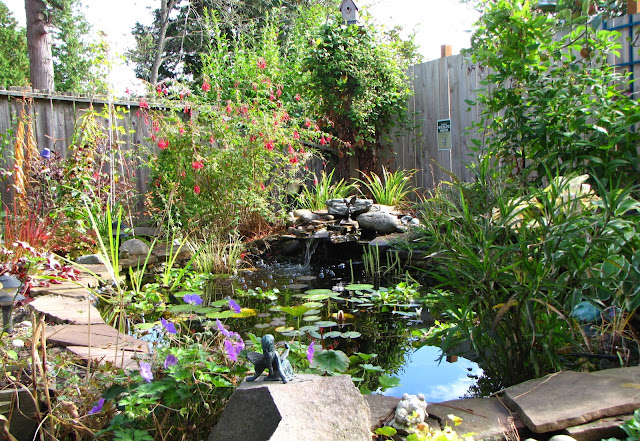 Now that the pine needles have been scooped from the pond it looks much prettier.  There are still the occasional Water Lily blooms. 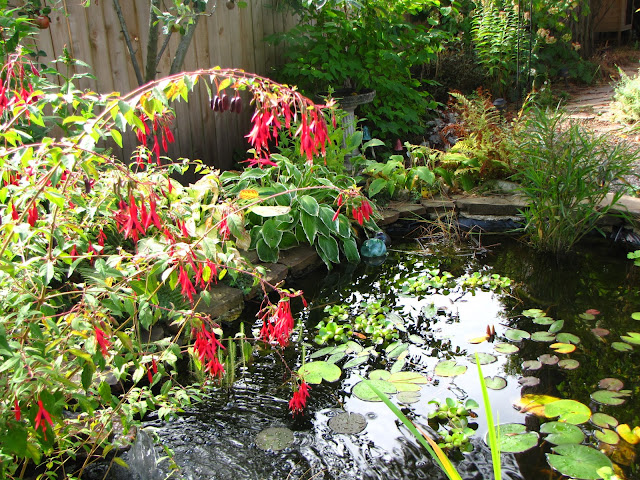 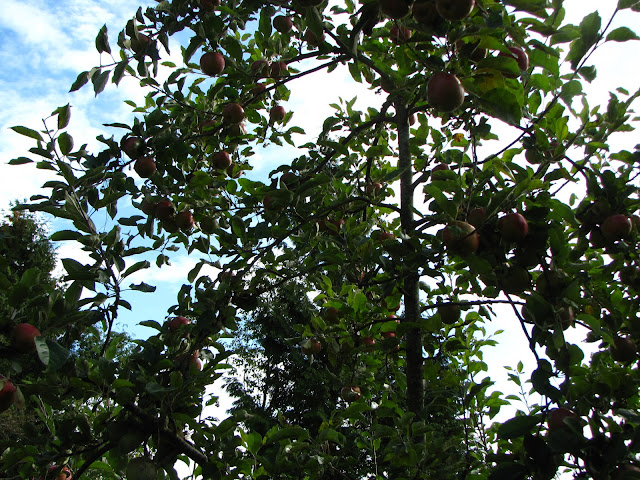 The apple tree behind the pond is just loaded with apples this year.  I've used some for baking and they have also been nice and juicy to eat off the tree.  This is the first year the apples haven't been full of worms.  I never spray the tree, but decided to try the sticky traps this year and it seems they have worked.  The trap has a hormone that attracts the bad bugs and they stick and can't go lay eggs in the blossoms.  I hung it in about February and left it there all summer. 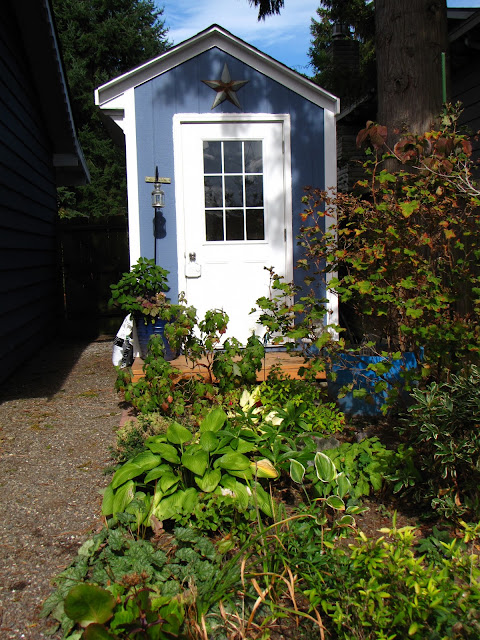 The shed garden is kind of a mess.  Guess I need to do a little rearranging here for late summer and fall interest. 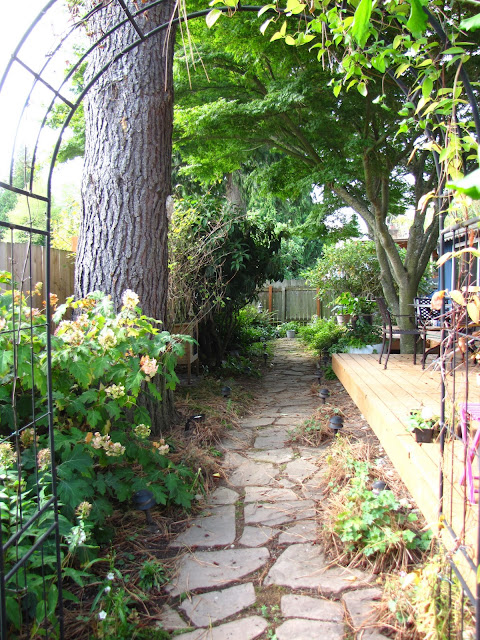 The geraniums on the path have all been cut back.  Pine needles are tangled in everything.  I've been raking and raking and filling the yard waste bin.  At least you can walk down the path now. 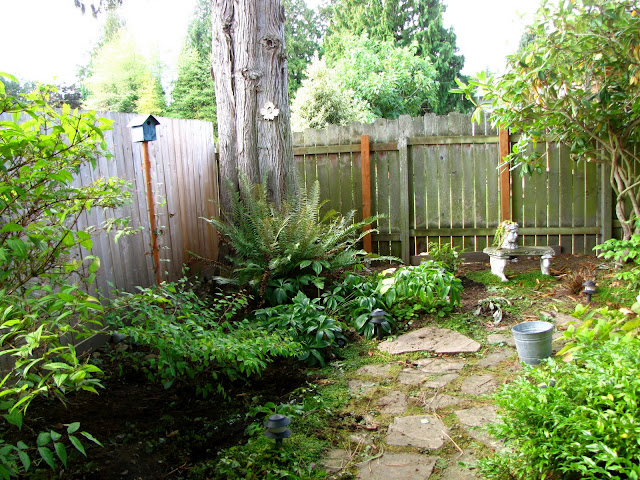 I've been working in this corner recently.  To the right I finally took out the Hydrangea that seemed to look worse each year.  Two blooms was all it had this year and it was mostly sticks.  In it's place is a Leucothoe 'Rainbow'.  It is evergreen and has pretty variegated leaves.  It's fairly small now and difficult to see in this picture.  On the left I moved the Corylopsis 'Buttercup' out from under the Abelia into the open space left by the Currant bush.  The Sawfly Larvae really did major damage on the Currant bush, most of it was dead.  The Corylopsis needed more space and I like how it looks much better than the Currant anyway. 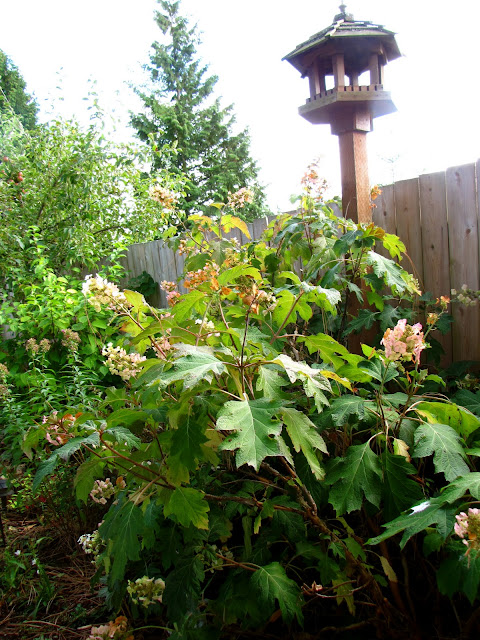 The Oakleaf Hydrangea at the beginning of the path is having it's best year ever.  It's just so pretty and covered in flowers.  It probably took about 5 years for it to really grow enough to put on a show.  I'm so glad I was patient with it.

I think the garden is appreciating the rain that's been falling all morning.  I'm hoping it will take a break though for awhile since Sweet Pea has a cross country meet to go to in the afternoon.  The kids never seem to mind going to soccer and other outdoor practices in the rain, it's mostly us wimpy parents that complain about standing outside and getting cold and wet.
All words and photos in this post are property of A Gardener in Progress.