We had to wait a really long time to finally see snow again here.  Last year we had no snow at all which is very unusual.  Normally we get it at least a few times during the winter and then the news teams are out doing live broadcasts and everything is canceled.  Today the kids in our area were already at school when the snow started and I can only imagine how anxious they all are to get out for the day so they can play in the snow.  I get almost as excited as my kids do when it snows.  I've been known to get up during the night and peek out the window to see if it's snowing. 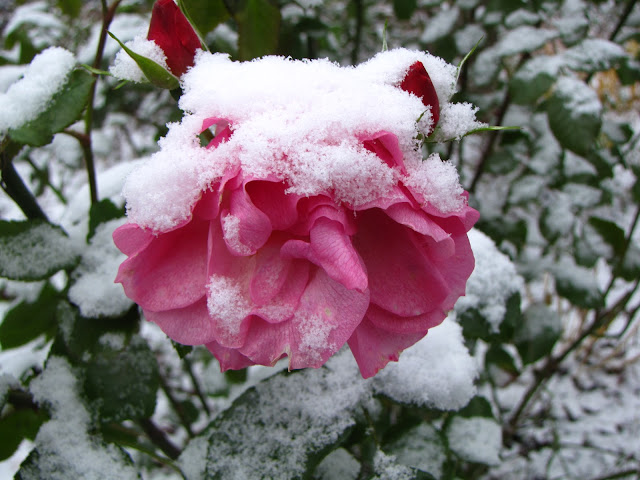 Rose 'Kimberlina' still had quite a few flowers blooming up until today.  In fact we hadn't even really had a frost yet. 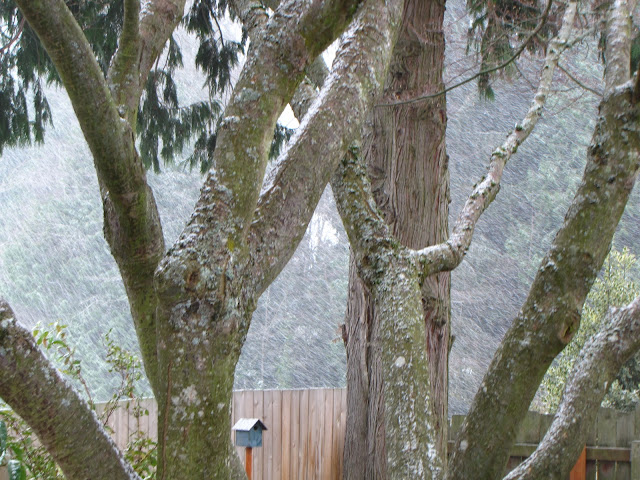 The snow really started coming down heavily for awhile. 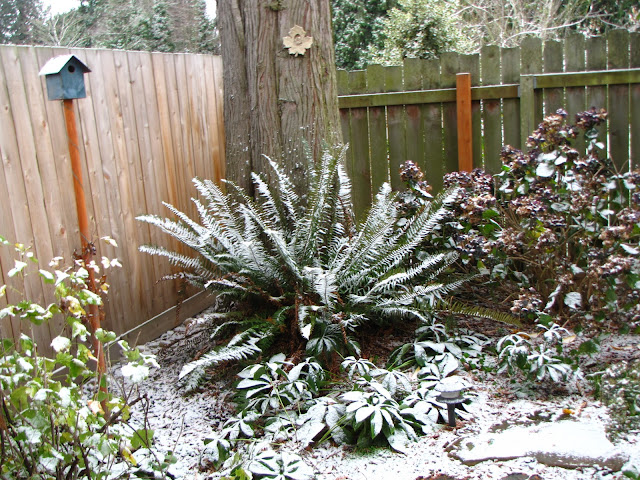 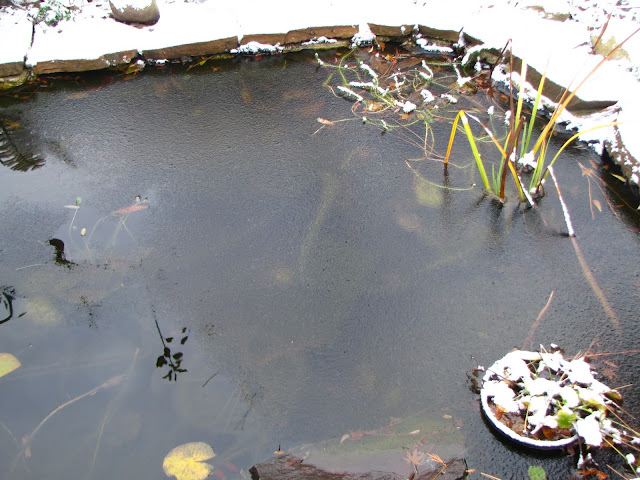 The pond looks like a big slushee.  Birds have been flying through for a drink at the pond since the birdbaths are frozen.  Hummingbirds are fighting over the feeders.  I'm tempted to buy a couple more to hang out since there have been several of them in our yard and they aren't good about sharing. 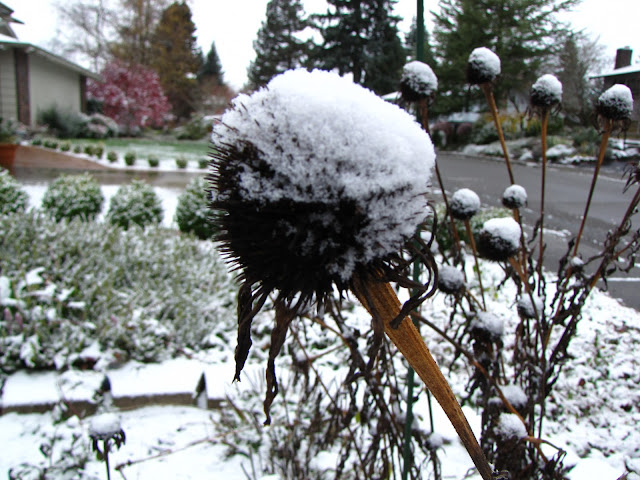 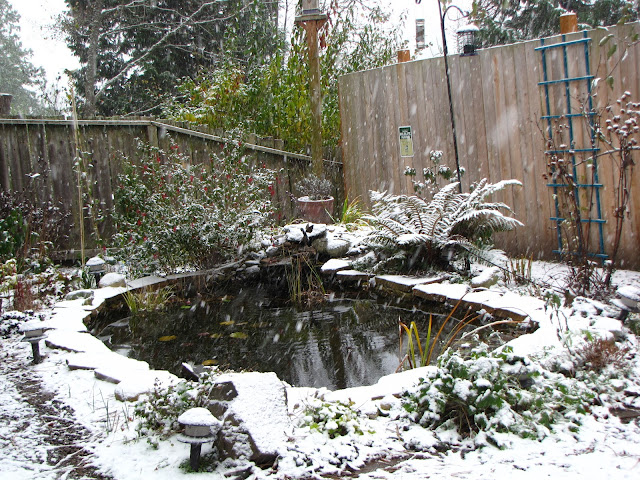 It's supposed to get much colder here in the next few days, I'm sure the pond will have a layer of ice over it by then.  I'll leave the waterfall going to keep a hole in the ice.  That will make sure the fish have oxygen and the birds have water. 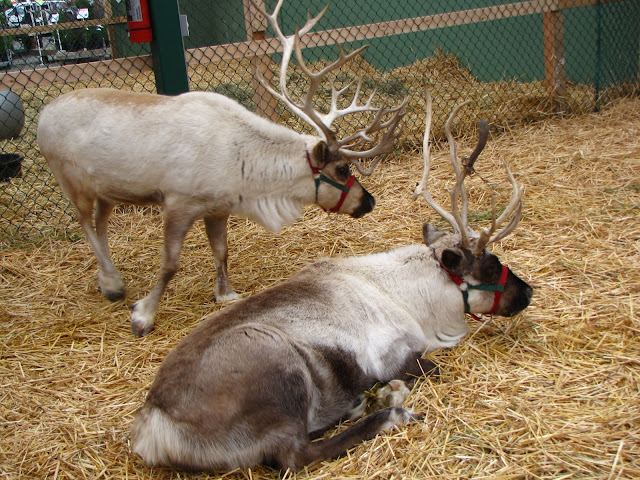 Yesterday our family drove into the city to Swanson's nursery to visit the reindeer.  We were able to pet them and the Littlest Gardener sat in a small sleigh and had her picture taken with one.  I was surprised at how small they are, no wonder it takes 8 to pull Santa! 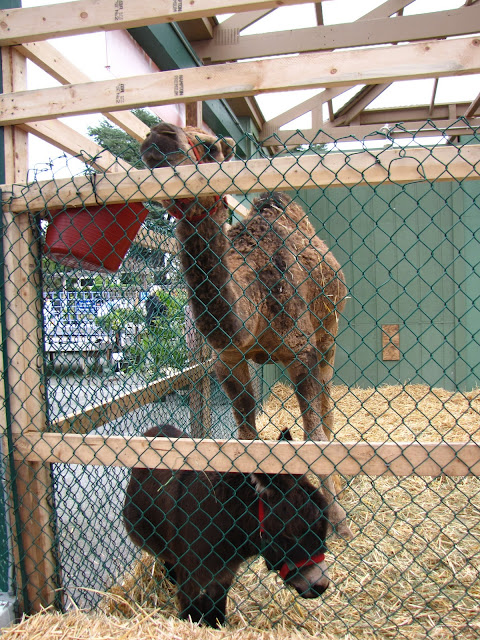 Right next door to the reindeer are Curly the camel and Moe the miniature donkey.  They were hilarious together chasing each other around.
Now the Littlest Gardener and I sit inside drinking our hot chocolate while the pumpkin spice candle makes the house smell delicious and are enjoying watching the snow.  Even though this winter is supposed to be cold we just never know when we may see the snow again, so we're enjoying every minute of it.
Right after I published this I looked at my sidebar blogroll of Pacific Northwest garden blogs only to see many of us are posting about snow today.  Guess I wasn't the only one anxious to see snow!