We've continued to have below normal temperatures here. Last night was down into the teens which is very unusual for this time of year. The freezing weather has pretty much finished off any remaining blooms and buds on the few plants that normally would be blooming. The hardy fuchsias and roses will usually bloom through December, but not this year. I was hoping to have a few flowers for bloom day next week, I think maybe the Daphne 'Summer Ice' may be about it. 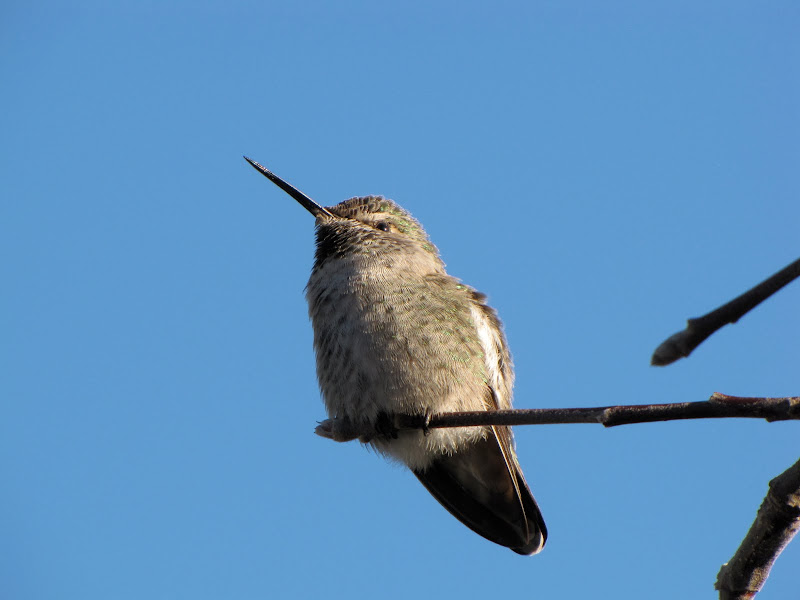 I was able to get more good pictures yesterday of the Anna's hummingbird that has been visiting. She's been either in the apple tree or the feeder all day yesterday and today. Another one has tried to join her, but she isn't feeling in the sharing mood I guess. I did some reading on how Hummingbirds survive in freezing temperatures on this website. Apparently the hummingbirds perch on a branch at night and fluff up their wings and lower their body temperature from about 102F degrees to 54F degrees. They appear dead while they are sleeping, but as they wake up their body starts shivering to raise their body temperature back up. I also found that this process is called noctivation. 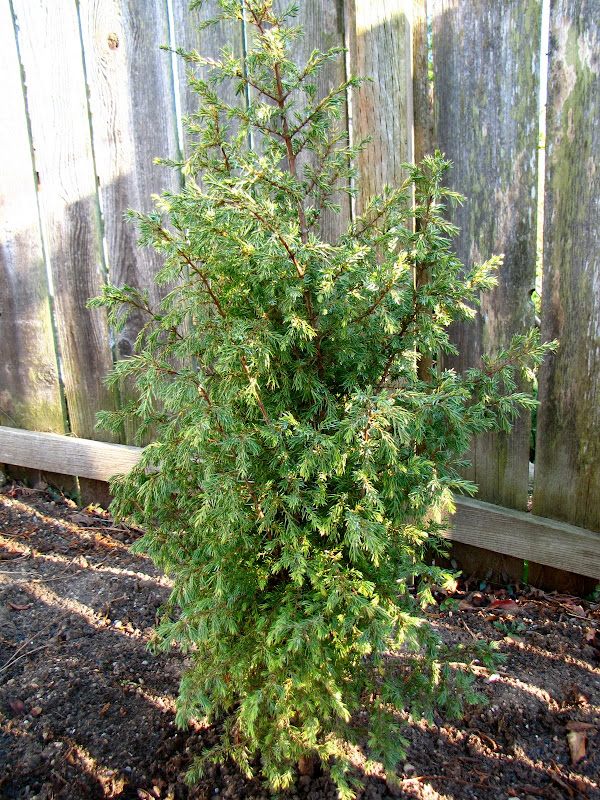 'Gold Cone' Juniper was planted about a month ago, I was hoping it would get some more time to settle in before the really cold weather got here, but it looks good. I noticed some new blue-green growth on the tips recently. 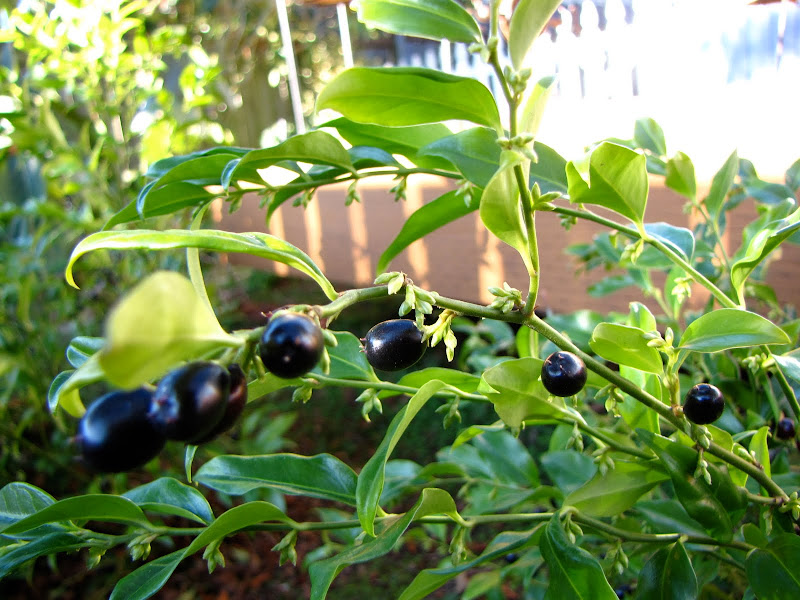 The Sarcococca ruscifolia doesn't seem the least bit affected by the freezing weather. It's flower buds continue to grow alongside some berries left from the Spring. 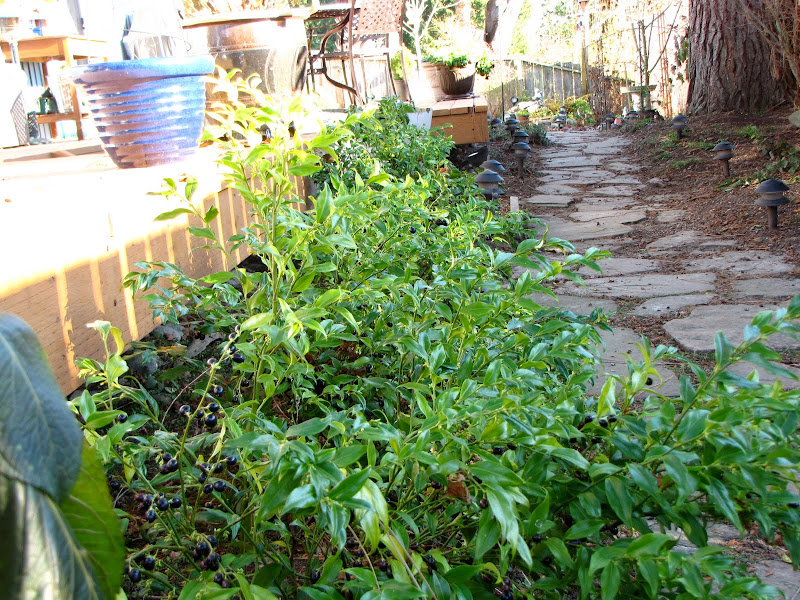 It hasn't drooped or had it's leaves curl like the rhodies and Camellias have. 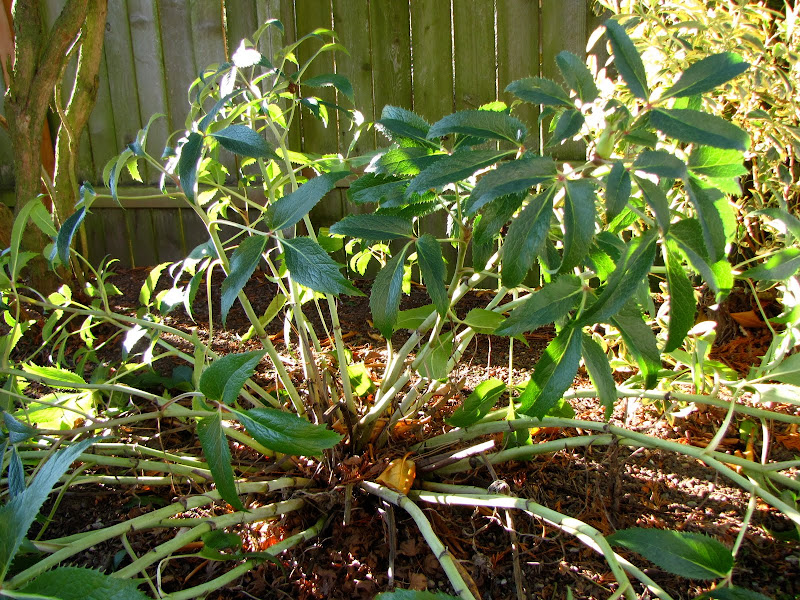 The Corsican Hellebore is the only Hellebore that's not lying flat on the ground. The rest (H. orientalis) had started to send flowers up, but they look like they need a little warmth to perk them back up. 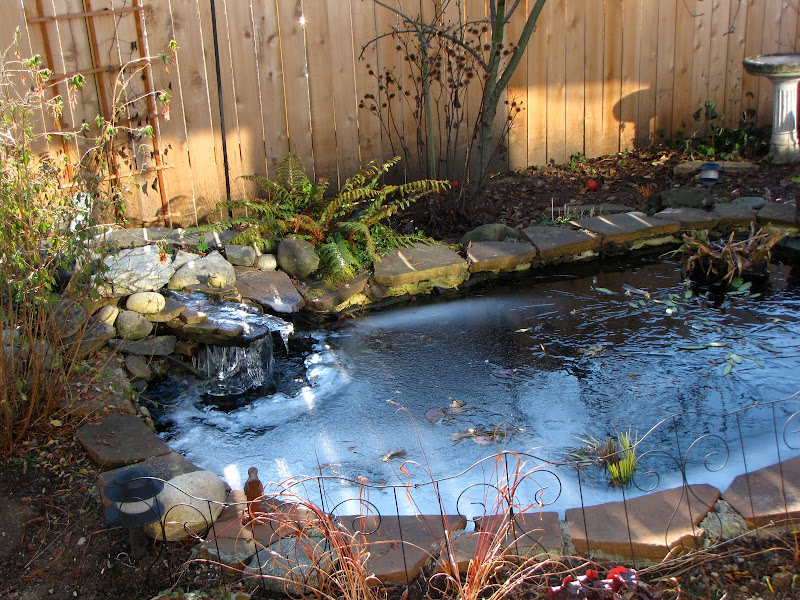 The pond and waterfall are mostly frozen still. The fish aren't moving much, but every so often one takes a very slow swim across the bottom of the pond. I tried to upload a video of one of the fish swimming, but it was taking much longer than usual so I finally gave up. 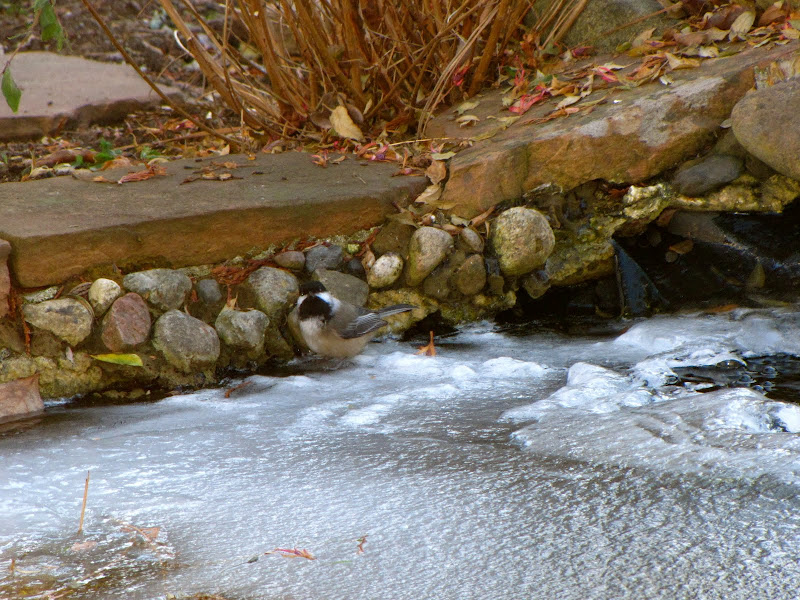 This little Chickadee was walking across the ice this morning while the Juncos figured out that standing on the waterfall rocks was an easier way to find unfrozen water to drink. The weather is supposed to get a little warmer, up to 40 degrees!
We've been really busy lately getting ready for Christmas. I've been trying to do as much blog visiting as I can work in around shopping, decorating and baking along with the usual things going on around here. I love seeing what's happening in everyone's gardens now that it's winter. It's fun seeing the variety of weather going on now too. Some parts of the world are getting to see Spring flowers while many of us have seen cold weather and snow. So I may be slow to get around to visit, but I'll be there. I hate to miss anything.